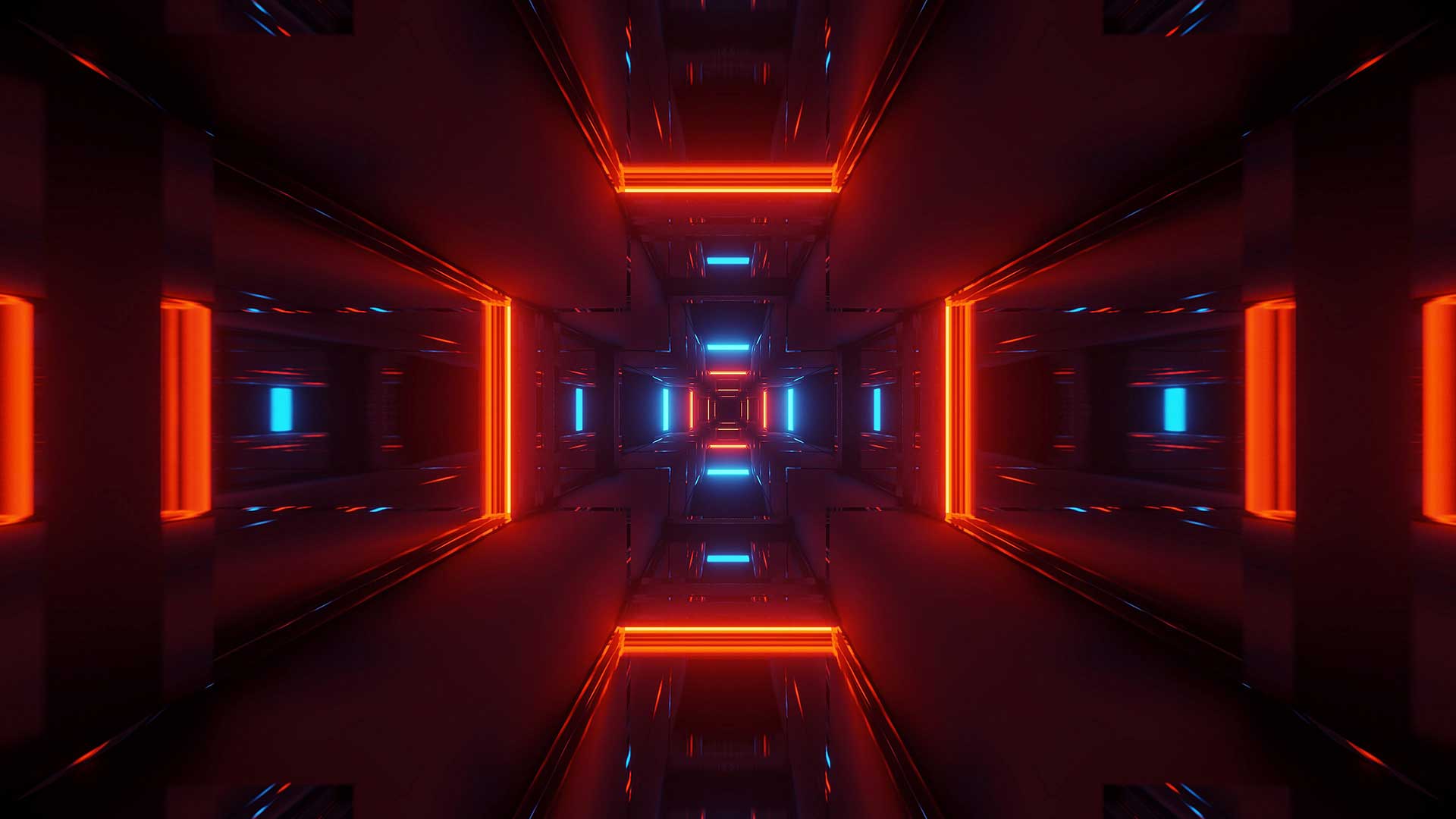 2020, a year that will definitely enter the history books, is at its end. Before the year’s over, let’s look over our shoulders and see how the biggest CPU and GPU companies fared in the year filled with all kinds of challenges. The first year in review belongs to Intel and AMD which means we’re talking about processors. AMD will return in the next piece, since it’s also the second biggest GPU manufacturer, behind Nvidia.

In 2019 Intel mostly stagnated, with yet another 14nm CPU lineup in the form of 2nd gen Coffee Lake processors spearheaded by the Core i9 9900K. While the 9900K became a success other models were far less popular, thanks to the runaway success of the Ryzen 3000 series.

Zen 2 was one of the best products AMD has ever made. While still behind Intel in gaming performance by a narrow margin, excellent multi-core performance kept AMD ahead in most productivity apps. As for the laptop market, the Ryzen 3000 Mobile chips were massacred by their Intel counterparts.

Overall, AMD had a massive year. The average stock price went from less than $20 to almost $50. Steam hardware survey showed a slight market gain for AMD. Less than 3.5 percent but still a continuation of the steady rise that started with the first-gen Ryzen. All thanks to the excellent Ryzen 3000 series led by the most popular gaming CPU of the last year and a half, the Ryzen 5 3600.

Intel saw a steady rise in its stocks, from just under $47 at the beginning of 2019 to just over $60 at the end. As for its market share, while Intel still dominated laptop and desktop markets, AMD set the stage for a massive power shift taking place in 2020. Aside from the great Ryzen 3000 performance, Intel also took a decisive blow in the HEDT segment. Threadripper completely obliterated the Core i9-10980XE.

2020 promised next-gen Intel and AMD CPUs, along with new chipsets and mobile processors. Microsoft and Sony also prepared next-gen consoles powered by AMD hardware. 2020 also brought several unexpected events, shifts, and turns that profoundly affected both companies. It also marked the end of cooperation between Apple and Intel, the consequences of which will we see in years to come.

January, February 2020 – Many next-gen console leaks appear during the end of 2019 and at the start of 2020. While they are slim on details, it looks like AMD has prepared a killer CPU/GPU combo.

March 31, 2020 – Intel ended the quarter with its stock price of just over $54, a slight fall from the $68.5 peak on January 24, 2020. AMD stock price hovered around $45, a slight fall from the February 19 $59 maximum. That said, Intel stocks saw a massive drop in February, as an answer to Covid-19-related issues. AMD stocks also fell in February due to Covid-19, but the drop was much less pronounced.

March 2020 – Intel has the fastest gaming CPU, the 9900K, which sells quite well. Lower tier products, the Core i3 CPUs, are also solid budget gaming options at the moment. Other Intel desktop CPUs aren’t near as popular but the laptop market is where Intel simply dominates.

March 2020 – Q1 2020 ended with the whole world swept by the Covid-19 pandemic. Production halted in many places and both Intel and AMD suffered because of this. The pandemic will continue to affect both companies throughout 2020. The pandemic will also bring some positive news for the duo, with millions of people working from home in need of work equipment as well as entertainment.

April 2020 – Another advantage for AMD is the lower price of laptops featuring Ryzen 4000 Mobile APUs. Despite manufacturers pairing them with lower tier GPUs, Ryzen 4000 Mobile convertibles saw massive popularity leading to stock shortages that last to this day.

May 20, 2020 – 10th gen Intel desktop CPU lineup launches, still based on 14nm architecture. First reviews show excellent gaming performance at the expense of massive power requirements. The 10900K is the new fastest gaming CPU while the 10600K presents a great bang for the buck gaming option.

May 2020 – Leaks show an update to the AMD Ryzen 3000 lineup in the form of 3000XT CPUs, featuring slightly higher boost clocks.

June 11, 2020 – Intel’s Lakefield processor, the company’s answer to ARM’s big little architecture, arrives and proves as a solid base for certain low power mobile devices but it needs further refinements.

June 22, 2020 – After years of rumors, Apple confirmed the company will move from Intel in favor of its in-house Apple silicon based on the ARM architecture. The news was one of the two massive hits Intel will take in just one month.

June 31, 2020 – The situation on stock markets was relatively quiet for both companies but near the end of the quarter, Intel suffered a small price decrease due to Apple’s announcement. That’s nothing compared to what will happen in July of 2020.

June 2020 – Covid-19 pandemic continued to wreck the supply of most products, PC hardware among those. While AMD had a steady stock of its Ryzen 3000 CPUs and X570 and B450 boards, Intel struggled for months to meet the demand for the new 10th gen CPUs, which was just the start of massive supply issues for most hardware manufacturers.

July 2020 – The first B550 boards started coming out at the end of June and the start of July 2020 and most of them offered excellent VRMs and pretty solid specs for a small price premium over the B450 lineup. After some time the prices settled and today we have lots of great and relatively affordable B550 motherboards.

July 24, 2020 – July was pretty hard for Intel. The company postponed its 7nm production process and also pushed the 10nm desktop CPUs for the second part of 2021. This led to a 20 percent stock drop in just a few days.

July 24, 2020 – The bad news continued for Intel. The company decided to outsource some of its 7nm manufacture to third-party foundries (such as TSMC), leading to better availability and shorter ETA but also meaning Intel will move away from manufacturing all of its chips in its own foundries. This was another major reason for the aforementioned 20 percent stock plummet.

We analyzed 561 gaming monitors and here’s what we learned

September 2020 – The global pandemic continued to wreak havoc on the global economy. Production was back on track but coming into Q4, 2020, many predicted hardware shortages, which proved more than true.

October 8, 2020 – AMD kickstarted the last quarter with the Ryzen 5000 launch. Reviews praised performance but the price was high. The cheapest CPU of the bunch, the Ryzen 5 5600X, debuted at $300.

October 29, 2020 – During late October Intel shared some details about the 11th gen desktop CPUs. The flagship part will have eight cores and sixteen threads but should be a small step forward over the 10900K due to the IPC gains.

November 2020 – Single-thread performance improvements over the Ryzen 3000 series combined with higher clocks and other optimizations allowed AMD to finally take the gaming crown from Intel. All that while staying at the same, 7nm production process used for making Ryzen 3000 CPUs. If you want the fastest gaming CPU of 2020, get the R9 5900X. If you want the best bang for the buck gaming CPU, get the R5 5600X.

November, December 2020 – The launch of the Ryzen 5000 series suffered from shortages and while customers had a chance to get these CPUs at MSRP during the first wave of sales, Ryzen 5000 CPUs are very hard to find at the moment. Many CPUs are selling at inflated prices and if you didn’t manage to snag one during the first ten days of availability, we recommend you wait a month or two for prices to settle.

December 17, 2020 – As for the stock price situation, at the time of the writing Intel stocks sit at $51.12. Not bad, especially after the company faced another massive price drop in late October. AMD stocks are valued at $96.85.

December 2020 – After the official announcement, we’ve got leaks showing specs for some 11gh Gen Intel CPUs. The Core i9-11900K will have a 5.3Ghz boost but also a max power limit of 250W, which is unbelievable for an eight-core CPU. Another interesting detail is that, supposedly, the Core i7-11700K will also come with eight cores but with a max boost of “just” 5GHz and 225-250W power limit. Finally, the 11600K is a six-core design with a 4.9GHz boost clock and 125W PL1 with an unknown PL2 value.

December 2020 – November 2020 Steam hardware survey showed AMD CPUs sitting at 26.51 percent of market share, only a 1.6 increase over the August 2020 survey. Intel fell to 73.49 percent. The company is still far away from AMD but we reckon that AMD’s massive climb will continue, once Ryzen 5000 CPUs are back in stock at MSRP and once we receive new Ryzen 5000 models (like the rumored Ryzen 5600).

December 2020 – At the end of 2020 AMD is in a much better position. It had a huge win with the Ryzen 5000 processors, it had a successful launch – when it comes to reviews, not availability – of the RX 6800 GPU series, but at the moment both are virtually impossible to buy at MSRP if at all in some regions.

December 2020 – Intel is the underdog now. The company is behind AMD in desktop, mobile, and server space but it still holds massive chunks of all three markets. Intel CPUs are still seeing very strong sales in the laptop market but the question is how long will this continue.

2021 will be an exciting year for PC hardware enthusiasts. AMD is rumored to release budget-friendly Ryzen 5000 CPUs and if the rumors are true the Ryzen 5 5600 will become a best-selling CPU for gaming rigs. AMD will release its 3rd gen EPYC server CPUs during Q1, 2020. The company is also set to release a new Threadripper lineup and sometime in 2021 we also expect new Ryzen 5000 mobile APUs.

As for Intel, we await the 11th gen desktop CPU lineup. With the right pricing, Intel could combat Ryzen 5000 CPUs when it comes to gaming performance. On the other hand, once Ryzen 4000 Mobile laptops become widely available, once we see Threadripper 5000, new Epyc server CPUs, and Ryzen 5000 Mobile CPUs, Intel will probably continue to lose market share in every segment of the CPU market.

Finally, when it comes to AMD’s mainstream desktop plans for 2021, it looks like we could get a Ryzen 5000 refresh (Ryzen 5000XT?) compatible with the current AM4 socket. The refresh could use the existing 7nm process or it could use TSMC’s 6nm nodes. Whatever happens, it looks like AMD will have another very successful year while Intel will continue to struggle.