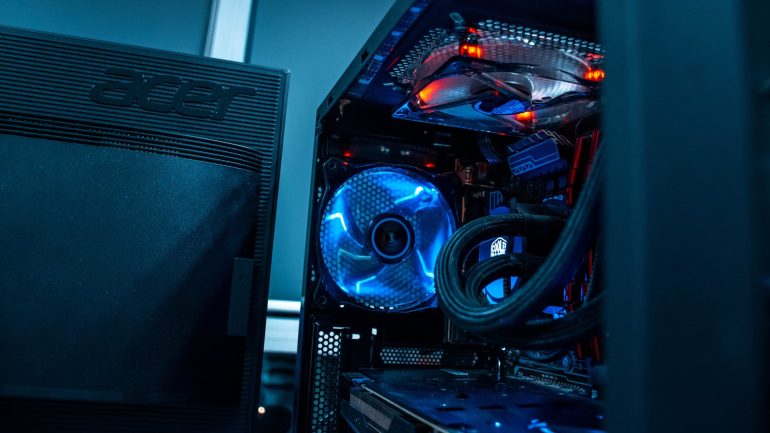 Today, we’re checking out the best prebuilt gaming PCs from Acer. Unlike some other brands, Acer’s gaming desktop lineup includes just a handful of different configurations. They range from budget options to high-end gaming rigs. What you won’t find here are overpowered and overpriced monsters packing flagship CPUs & GPUs along with unnecessary large (for a gaming PC at least) amounts of memory and terabytes upon terabytes of SSD storage.

Our list of the best Acer gaming PCs only includes three picks. You’ve got your budget, mid-range, and high-end configurations, each representing the best Acer option in its market segment. You can also think about the three listed options as the best choices for 1080p, 1440p, and 4k gaming. Again, at least when it comes to prebuilt gaming PCs sold by Acer.

If you want more choice but still want your next PC to be from a big-name brand, check our list of the best ASUS gaming PCs. Finally, our list of the best prebuilt gaming PCs under $1500 includes a couple of PCs that offer excellent power for less cash than the PCs found below. Let’s start with the best high-end Acer gaming PC. 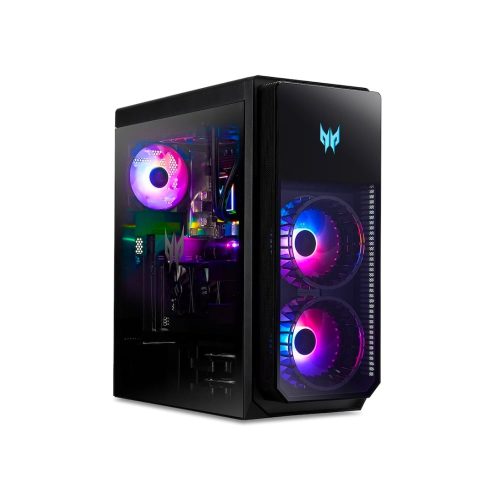 This particular version of the Acer Predator Orion 5000 gaming desktop is the best Acer gaming PC for 4K gaming. This is a high-end option that features an RTX 3080 and a Core i7-12700K. The CPU is probably the best gaming CPU you can get at the moment (the 12900K is a bit faster but also a hell of a lot pricier), and the GPU is a perfect choice for 4K gaming. The RTX 3080 Ti and RTX 3090 are a bit faster but way too expensive to even be considered.

Overall, you should expect more than 60fps in almost every modern game, with all settings sans ray tracing options turned to ultra. And even with ray tracing effects on, most games should run at about 60fps with the help of DLSS. Esports titles and older games will run at triple-digit framerates in native 4K without issues. By the way, if you need a new 4K monitor to go with this PC, check our list of the best 4K 144Hz gaming monitors.

The rest of the specs is appropriate for a high-end gaming desktop. You’ve got 32GB of DDR5 memory working at 4400 MT/s. The slowest DDR5 memory available, but still, it’s plenty fast for any game. Next, the Predator Orion 5000 comes with a 1TB SSD and a 2TB hard drive. As we said, just enough for a high-end gaming PC. The only thing we have issues with is the case that follows the prebuilt PC mantra of zero airflow given to the user. At least it’s chock-full of RGB case fans. 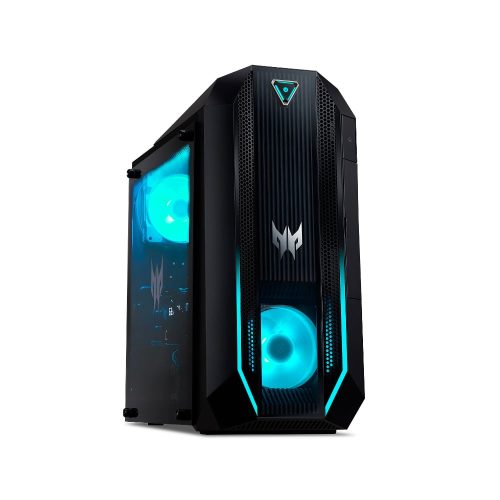 Next up is the best mid-range Acer gaming PC in the form of the Acer Predator Orion 3000. The heart of the PC is made of an RTX 3070 and a Core i7-11700F. The first one is a perfect match for a 1440p monitor, while the second is an 11th gen gaming CPU from Intel that’s still pretty fast when it comes to gaming.

Performance-wise, expect between 60 and 100+ fps in modern AAA games with ultra details. You can aim for 144Hz in lots of titles as long as they support DLSS or FSR 2.0. The ray-tracing performance here should be enough for around 60 frames per second with DLSS. Finally, esports games and indies will run as fast as your monitor allows them. For the best esports experience, we recommend getting one of the monitors featured in our list of the best 1440p 240Hz monitors.

The Predator Orion 3000 also comes with 16GB of DDR4 memory, a 512GB SSD, and a 1TB HDD. It’s okay for the money. The only thing we’d change is doubling the SSD capacity. And changing that awful case, of course. Overall, this Predator Orion 3000 configuration is the best 1440p Acer gaming PC on the market. And as the cherry on the cake, the PC comes bundled with a TKL gaming keyboard. 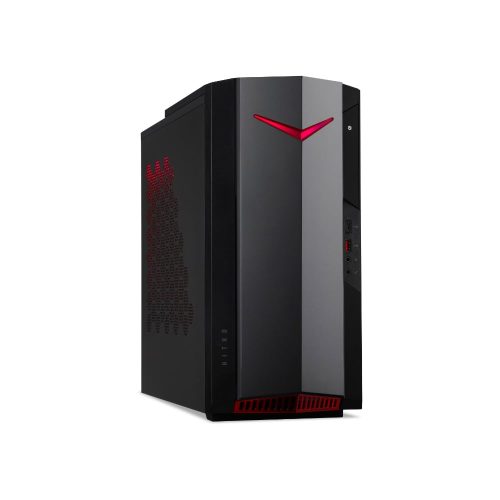 The best budget Acer gaming PC sadly doesn’t offer a ton of power for 1080p gaming; unlike its cousins, both of which packing tons of power for the resolutions they aim for. So yeah, while the Acer Nitro 50 is an okay budget gaming PC, we wouldn’t call it the best 1080p gaming PC from Acer. If you happen to game in 1080p and want the absolute best performance, get the previous RTX 3070-powered pick. However, if you mostly play esports titles and multiplayer games in general, the Acer Nitro 50 might be just what you’re looking for.

The CPU here is the Core i5-12400F, which is the best bang-for-buck gaming CPU you can get right now. The preinstalled GPU is a GTX 1650, a low-end card that should offer a 60fps experience in 1080p with medium-low details. Multiplayer titles will run faster, and most will play great even in 1440p resolution. Of course, if you end up wanting something more powerful, don’t worry; the 12400F is plenty fast for any current or future GPU you might pair it with.

The Acer Nitro 50 also includes 8GB of memory and a 512GB SSD. While the storage option is okay for this price, you’d want to add 8GB of extra memory sooner rather than later. However, if you only play multiplayer titles, you might test the PC for about a week or two before getting more RAM. If you find the performance satisfying, there’s no need to spend extra for another stick of memory. And before we forget, this is another bundle that includes the PC and a TKL gaming keyboard.