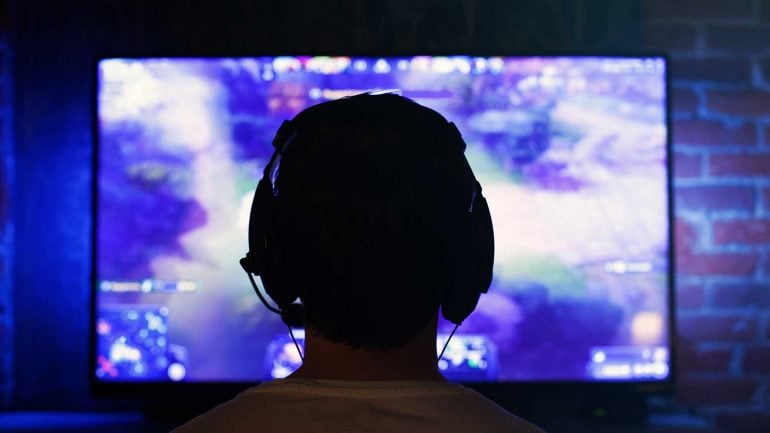 Best BFGD monitors to immerse yourself in games for 2023

For when you really want to get in the game.

Big format gaming displays (BFGDs) are the latest and greatest in gaming monitor technology. As the name implies, BFGDs provide gaming-quality video in a large format. With a quality BFGD monitor, you can enjoy the most immersive gaming experience possible.

In general, a BFGD monitor will have a size of at least 65 inches. After all, anything smaller than that isn’t really “big” in today’s marketplace. But there are plenty of big-screen TVs on today’s market. What makes a BFGD monitor different from a standard big-screen TV? The answer is the technology inside the screen. If you want to find out more about this, scroll to the end of this article. Below you’ll find the best BFGD monitors you can get at the moment, starting with a humongous screen from ASUS. 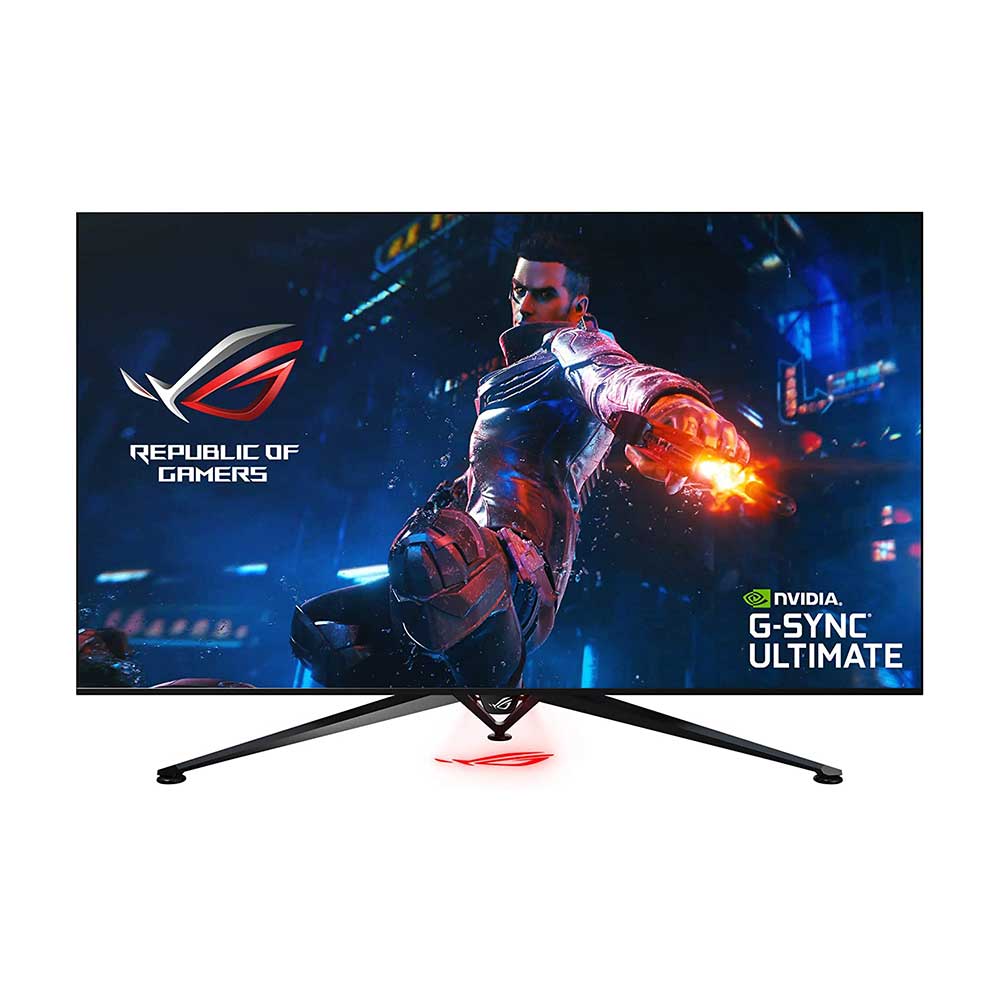 The ASUS ROG Swift PG65UQ is a big, 65-inch TV that’s one of the top gaming displays on the market. If you want to play esports games on a huge screen, this is the best BFGD display you can get.

It sports a slim, ½-inch frame that doesn’t distract from your gaming experience. It rests on a tripod-style base that’s more stable than a simple two-point base. And if you want to mount it on your wall, there’s a standard set of four threaded mounting holes on the back.

The overall resolution is 3840 x 2160 pixels, or true 4K. It has a maximum refresh rate of 144 FPS, which is significantly faster than most displays on the market. In practice, you’re almost certainly not going to hit these speeds. The 4ms response time is a bit disappointing since some displays have gotten as low as 1ms. That said, for most purposes, you’re not going to experience any significant lag or latency.

The image quality on the ROG Swift PG65UQ is excellent. It offers a color space of 95% of the DCI-P3 color gamut. The DCI-P3 color gamut is the latest and greatest color space, designed for Hollywood editors and other professionals. As a result, you’ll enjoy exceptionally true color from both games and movies.

The backlight has 384 independent zones, which provides excellent contrast between lighter and darker zones. There’s also an optional blue light filter, which can help ease the strain on your eyes during marathon gaming sessions.

The ROG Swift PG65UQ is built for desktop use as well as use as a TV. While it is one of the best BFGD models out there, it can still be used for watching movies and TV shows. On the back, there’s a cable guide that’s useful for keeping your mouse from getting tangled. And even if it’s hanging on your wall, the cable guide is still helpful for keeping your cords organized.

In total, you get four HDMI ports, two USB ports, and a DisplayPort input. This allows for connecting several consoles, a Roku stick, and more. You also get a pair of built-in 15-watt speakers, which are louder than those you’ll find on most monitors. 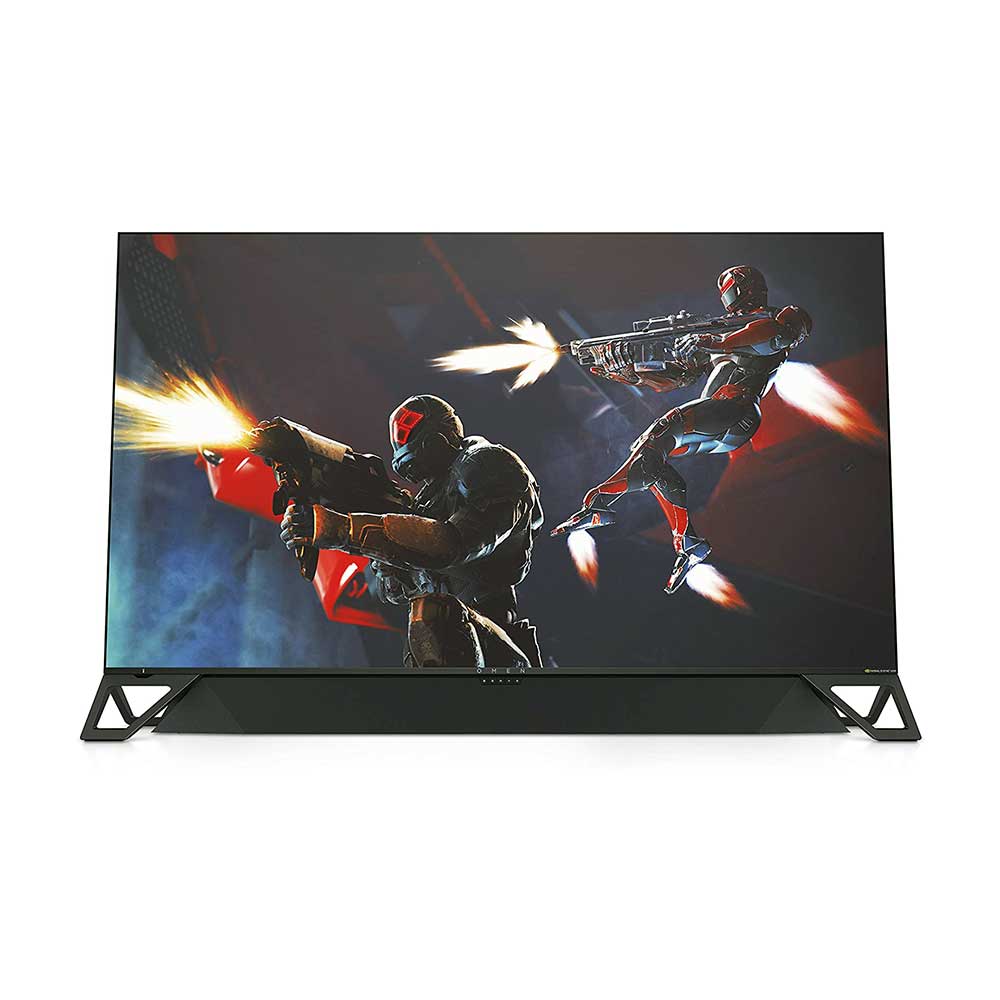 The HP Omen X Emperium has a 65-inch screen with a resolution of 3840 x 2160 pixels or 4K resolution. And the top and sides have no frame whatsoever, with just a narrow frame on the bottom. As a result, you can enjoy a distraction-free experience without borders intruding on your vision.

The Omen X Emperium’s 4-point base makes it exceptionally stable. If your pet goes crazy and runs into it, it’s not as likely to fall over like some other screens. And with four mounting holes on the back, it’s easy to mount on your wall.

Between the sides of the base, there’s also a powerful soundbar, the reason why we’ve picked this one as the best sounding BFGD monitor on the market. As a result, you can save money on external speakers and other accessories. There’s even a built-in subwoofer for powerful, thumping bass. When you’re driving a tank in Battlefield, you’ll feel the rumble of the engine.

The display has a variable backlight brightness, which can go as high as 1,000 nits. This allows for plenty of contrast, complete with a 384-zone design. If you’re playing a game with lots of dark environments, you still won’t have any issues distinguishing objects or other players.

Just like the last monitor we looked at, you get 95% of the DCI-P3 color gamut. Enjoy Hollywood-quality pictures, whether you’re gaming or streaming your favorite Netflix show. Similarly, you also get a 144 FPS maximum framerate, suitable for even a high-performance gaming rig. And with only 4ms of latency, you’ll be on point for online gaming, albeit a bit slower than some standalone PC monitors.

In terms of inputs, you’re going to have plenty of options. There are 3 HDMI ports, a DisplayPort, a standard VGA port, and a pair of USB ports for your ROKU. There’s also a 3.5mm audio jack for old-school wired headphones. 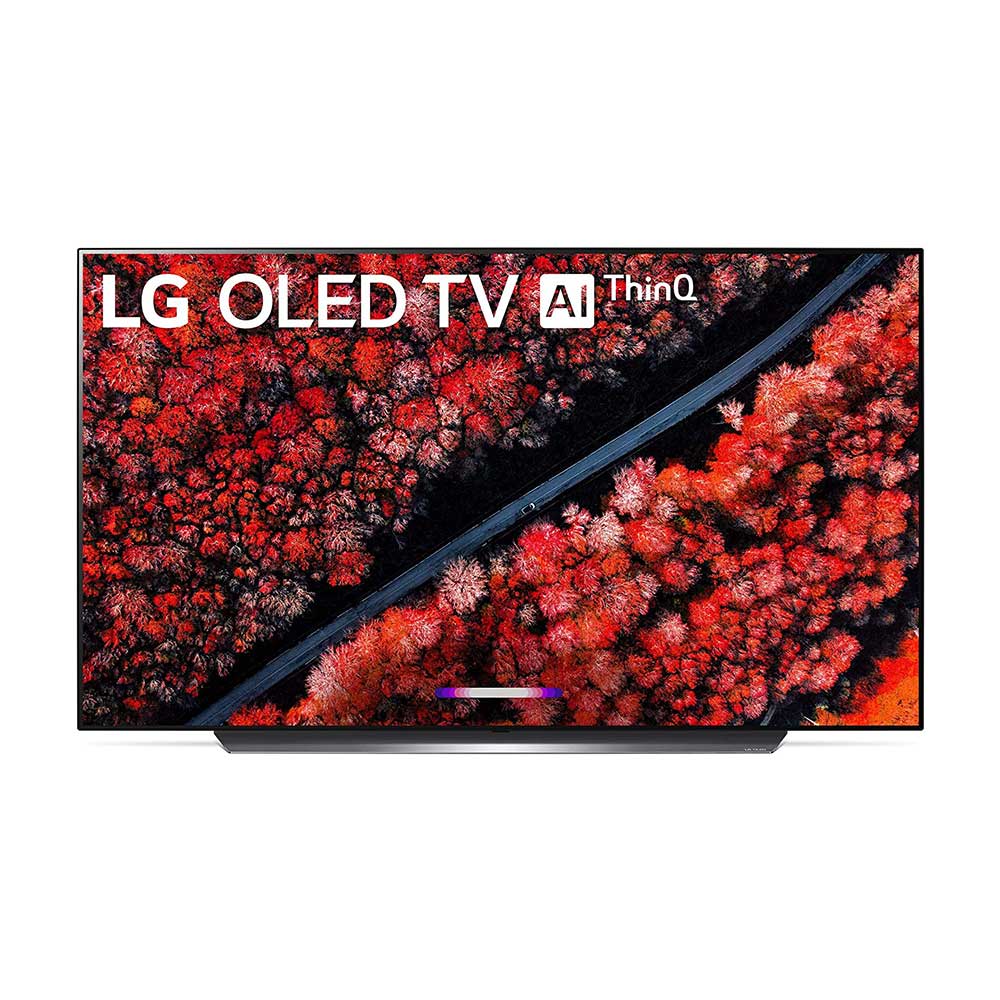 The LG C9 series display is available in three different sizes: 55-inch, 65-inch, and 77-inch. The 55-inch model might not technically qualify as a BFGD monitor, but it’s close. The overall image quality you get with an OLED screen makes the C9 the best BFGD monitor for playing single-player games.

The screen is exceptionally thin, with a wide one-piece base that’s stable enough to get the job done. Alternatively, you can take the base off and use the built-in threaded VESA holes.

Along with the TV and monitor functions, you can also use the C9 to control your home’s smart devices. It comes enabled for Alexa and Google Assistant, so you can use voice controls as well as the physical remote. And it’s also Airplay 2-enabled for casting from your iPhone or Macbook.

The entire border around the screen is very thin, only about a quarter of an inch. And in between, the 4K display provides an immersive gaming experience. And whether for gaming or cinema, you’re looking at excellent color clarity. The C9 covers a whopping 97 percent of the DCI-P3 color space.

In addition to a gorgeous 4K display, you also get some impressive audio support. The built-in 45-watt speakers put out plenty of sound for an intense gaming session. If you have an external sound system, the display also supports 5.1-channel surround sound to truly immerse yourself in your game.

The downside of the C9 is the input lag, which is 14ms. For single-player gaming, this isn’t going to be an issue. But it might put you at a disadvantage in an online gaming session. Luckily, input lag becomes noticeably smaller when you turn on gaming mode, so make sure the mode’s on when playing games.

What is a BFGD monitor, and why should you use one?

So, why not just snag a 70-inch LCD TV from your local Walmart? Surely it will provide an immersive experience, especially if you’ve got a quality sound system. The difference, as with many things in gaming, comes down to Nvidia’s graphics processing.

Nvidia is well-known in the gaming world for its top-tier GPUs. But many people don’t understand why Nvidia has come to dominate the GPU market. The answer is their G-Sync technology, which is far and above the best processing technology on the market.

G-Sync is a proprietary technology, which means not just anybody can use it. Only Nvidia products – or products licensed by Nvidia – can use G-Sync. It’s primarily designed for eliminating tearing and stuttering during games. The best BFGD monitors come with G-Sync or at least FreeSync, a VRR (variable refresh rate) tech available in LG OLED TVs, for instance.

A major advantage of G-Sync is that it’s a hardware solution, not a software solution. This makes it superior to software solutions like Vsync since it won’t place extra demands on your processor. After all, the entire point of a GPU is to build a dedicated graphics card, so throwing GPU demands back on the CPU makes little sense. In addition, G-Sync is useful in a TV, whereas a software solution wouldn’t work with even a modern smart TV’s limited processing power.

A G-Sync monitor or television will adjust its refresh rate automatically based on the output device instead of vice-versa. When the output device (typically a GPU) adjusts the refresh rate, it can result in a collision, which means two frames appear on the screen simultaneously. This is the main cause of tearing.

Of course, there are other alternatives on the market. One of these is the aforementioned AMD’s non-proprietary solution, called FreeSync. So, what’s the difference between the two?

G-Sync vs FreeSync – which is better?

To begin with, FreeSync is an open standard. This means that any manufacturer can use it without the need to pay a licensing fee or obtain third-party certification. As a result, you’ll pay less for a FreeSync display than a G-Sync display.

So why would you pay more for a useless feature? Doesn’t it make the most sense just to choose a FreeSync Display? The answer is that FreeSync has certain limitations that don’t apply to G-Sync. Let’s take a look at those.

First off, FreeSync only operates within a fixed range of refresh rates. It doesn’t kick in until the framerate is at least 48 FPS. So if your framerate drops for any reason, FreeSync will stop working. This can be problematic since a sudden framerate drop is one of the times you’re going to be concerned about tearing.

Moreover, FreeSync doesn’t work at rates above 100 FPS. If you’re playing the latest and greatest games, you probably won’t need to worry about this since 100 FPS isn’t a realistic goal for most machines. But if you’re playing a less graphically demanding game like Fortnite or Minecraft, you’re liable to see some tearing. Ouch!

In the meantime, G-Sync does not suffer from either of these limitations. It will work at the highest framerate your machine can put out without cutting out on you. And when your framerate drops, it will keep on working down to 1hz. In other words, it’s not going to quit on you when you need it most. This is why the best BFGD monitors out there all feature G-Sync.

Another issue with FreeSync is that it doesn’t require certification by AMD. So a manufacturer can build a half-assed monitor or TV and claim that it uses FreeSync when it doesn’t. As a result, just because you see “FreeSync” in the product specs, you’re not necessarily getting the quality you’d expect from AMD.

So when you see a monitor advertised as G-Sync enabled, you know it’s going to live up to that standard. You’ll be getting the quality you paid for. Needless to say, all three models featured on our list of the best BFGD monitors feature some form of VRR tech.