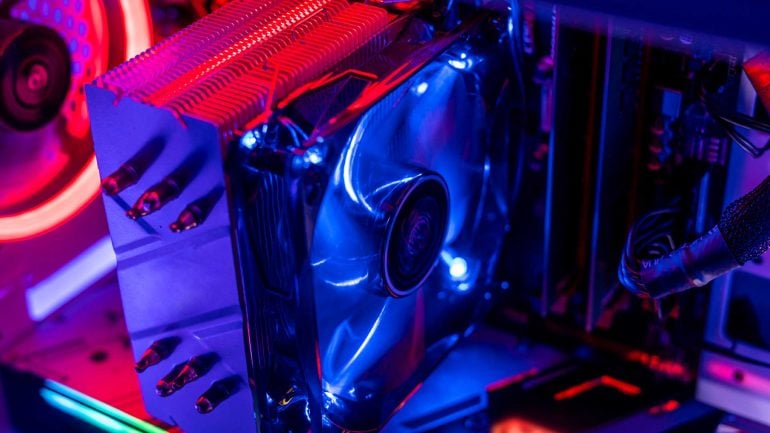 The Ryzen 9 5900X is an excellent all-around CPU, placed just below the flagship, 16-core R9 5950X. It’s one of the best buy options for high-end high refresh rate gaming and for professionals who don’t need the top-of-the-line productivity performance of the 5950X or the 12900K. The CPU specs include a 105W TDP, 4.8GHz max boost clock, and a base clock of 3.7Ghz. Excellent power optimization allows the 5900X to work excellent with a wide range of cooling solutions.

That’s great and all, but a large number of suitable options means that creating this list of the best CPU coolers for Ryzen 9 5900X was a bit harder than usual. Our final list includes a couple of mid-range air coolers as well as the biggest and most powerful air coolers on the market. We’ve also included a solid selection of AIO systems based on performance, price, and aesthetics. Let’s check them out. 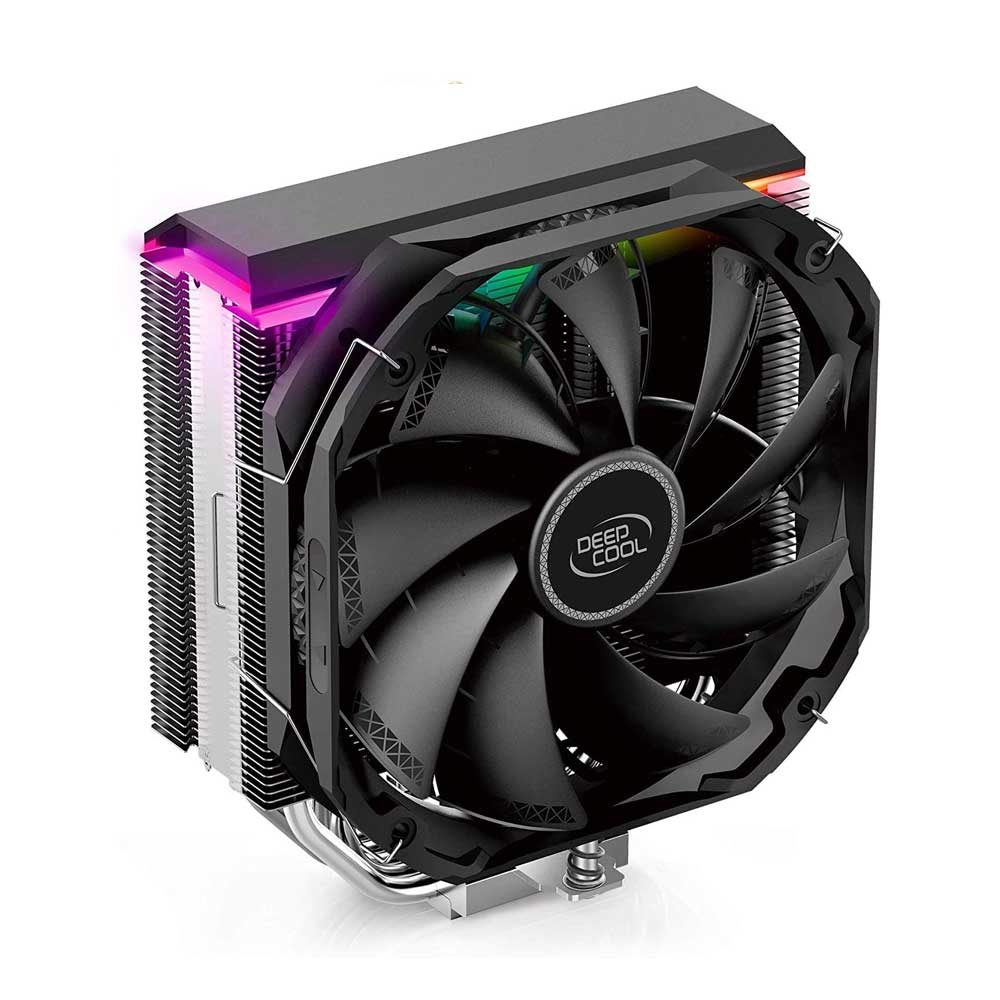 If you plan on running the Ryzen 9 5900X at stock clocks or with an undervolt, just get the DeepCool AS500. It’s a bit behind the NH-D15 and the Assassin III when it comes to thermal performance, but the temperature difference is too small to justify the price difference.

For the money, the AS500 is the best bang-for-the-buck cooler for the 5900X at the moment. Aside from its performance, we also like the design and the tasteful RGB implementation. The cooler looks average, but it weighs more than 1 kg (about 2.2 lbs), making it quite hefty compared to its single tower brethren.

The AS500 is also quiet as a church mouse thanks to its 140mm fan; another huge plus. You can get the AS500 Plus, which comes with two fans. But, the performance difference is quite small, the silence is about the same, and the AS500 Plus is much harder to find. The only thing we don’t fancy is the 164mm height. This is too tall for a single tower cooler, and the AS500 may not fit inside a large chunk of mid-tower cases. 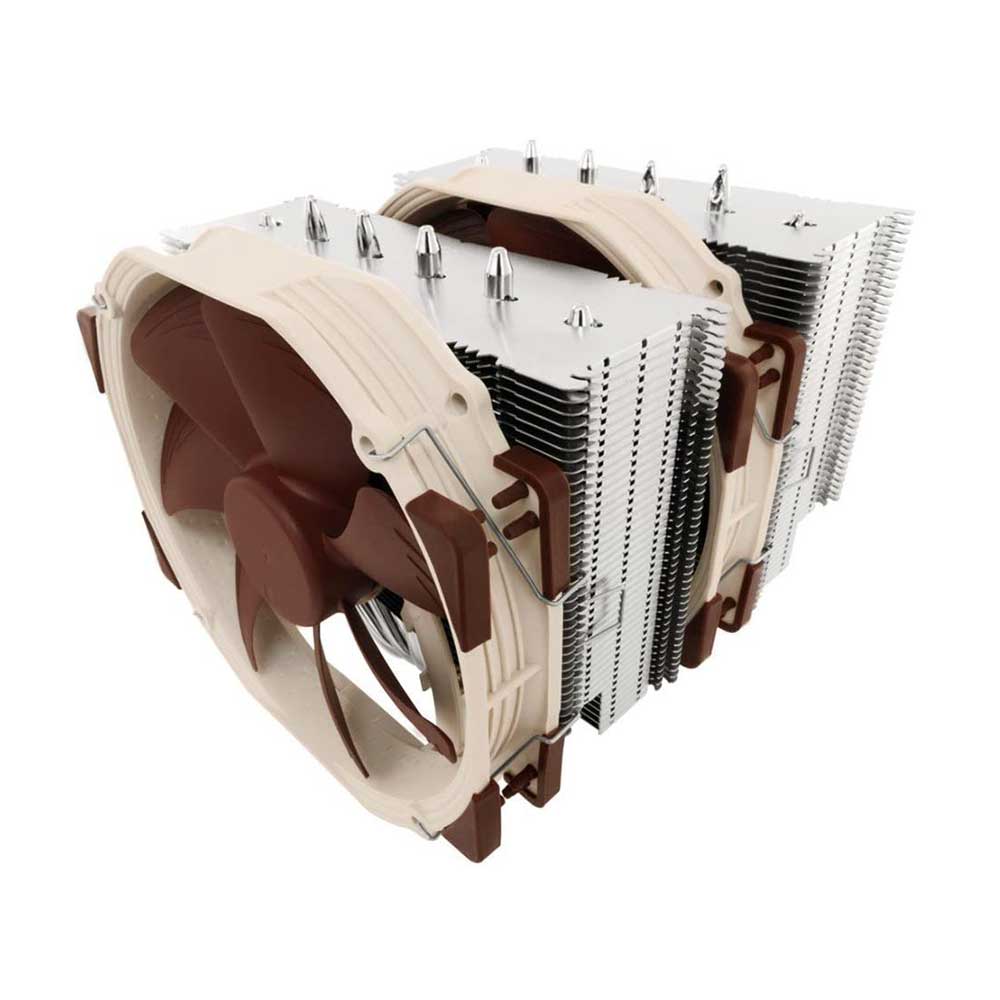 The Noctua NH-D15 still is the best air cooler you can get on the market. It’s made for high-end CPUs, and aside from its impressive thermal performance, the NH-D15’s also one of the quietest air coolers around. Get this one if you want the ultimate performance from an air cooler along with whisper-quiet work.

The NH-D15 should also handle an overclocked 5900X without issues. Its main problem is its huge size, so read the specs twice if you own an mATX or a smaller mid-tower case. Also, watch about the RAM clearance since it’s pretty tight. If Noctua’s color palette isn’t to your liking, they also have a sleek all-black version. 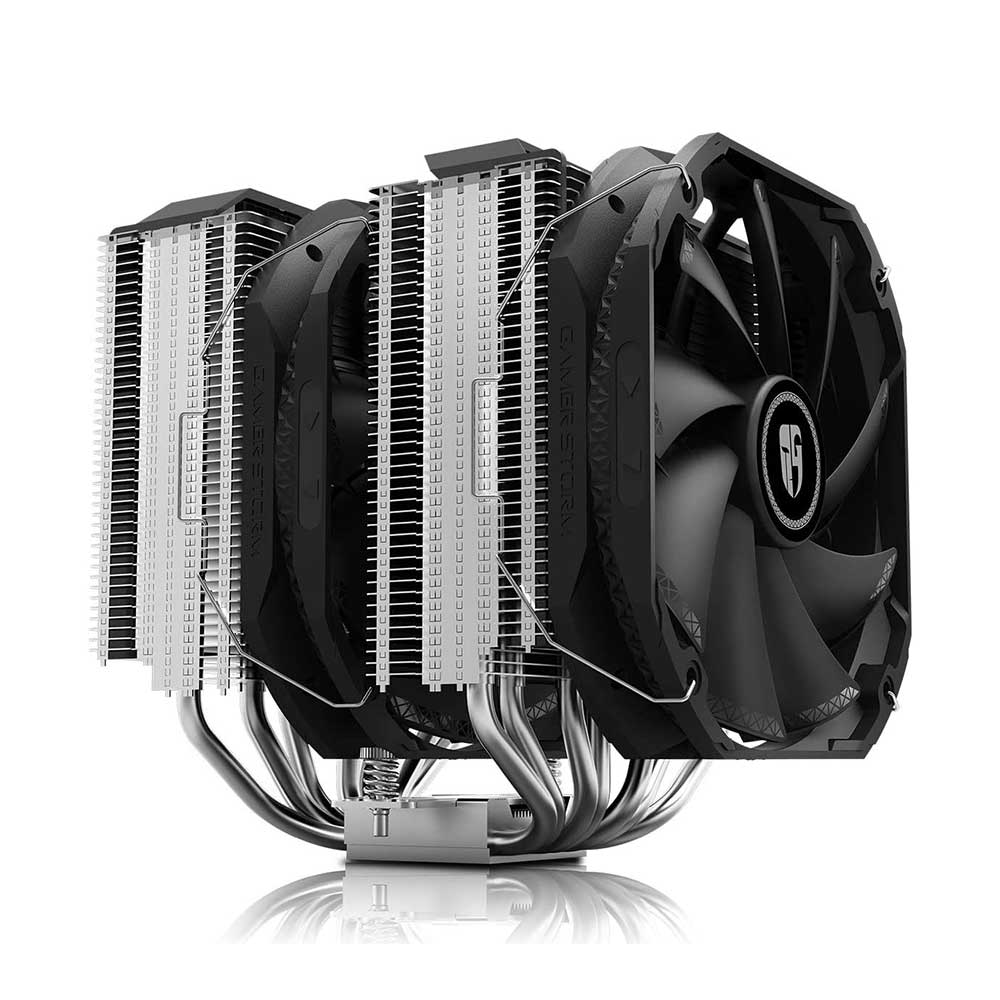 The DeepCool Assassin III is the best alternative to the NH-D15. It’s a bit louder than the Noctua flagship while achieving very similar thermal performance. Again, the main issue is the sheer size of the thing and tight RAM clearance, making it impossible to fit into smaller cases. If you plan on getting this cooler, do read our list of the best low-profile RAM kits. You’ll most likely find it quite handy. 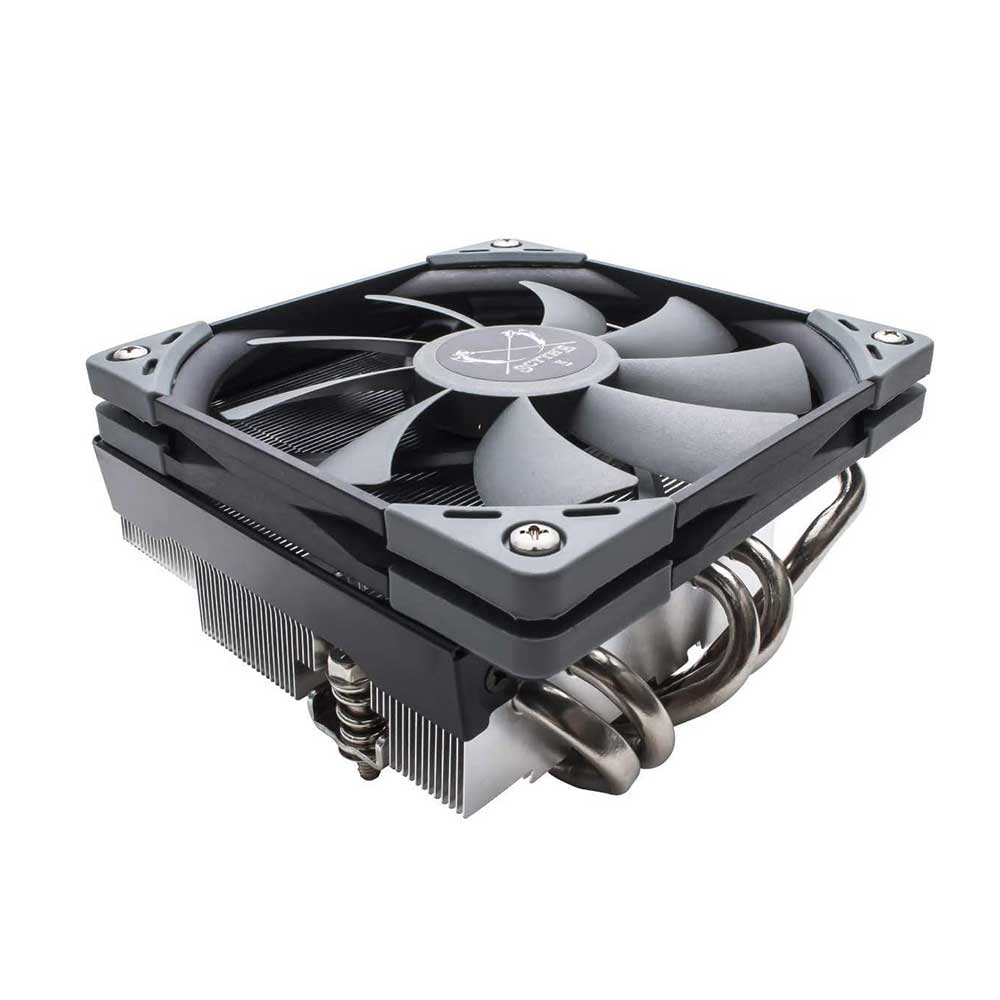 Small form factor coolers and a CPU like the Ryzen 9 5900X aren’t the best pairings. No matter how powerful an SFF air cooler is, it’s not meant to run a 12-core beast like the 5900X.

Still, if you want to build an SFF rig, the best low-profile cooler for the Ryzen 9 5900X is the Scythe Big Shuriken 3. This SFF heat sink should be enough for a stock clock 5900X used for gaming.

Heavier workloads could increase the CPU temperature above the thermal throttle threshold. However, if you slightly undervolt the CPU and decrease PPT, it should run at safe temperatures even under heavy loads with a single-digit performance loss. 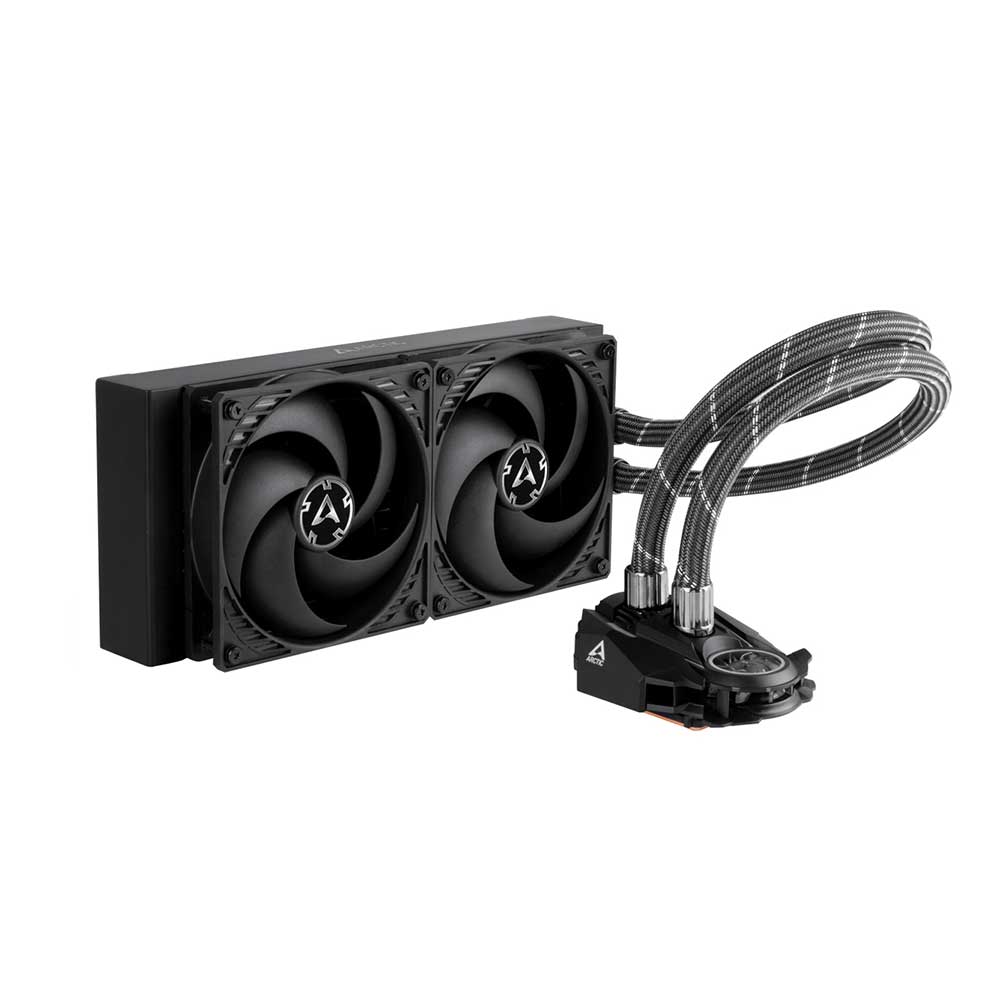 Moving to AIO coolers, the best bang for the buck AIO cooler for the Ryzen 9 5900X is the Arctic Liquid Freezer II. You can pick between the 280mm and 360mm versions, with the former being the sweet spot for the 12-core CPU.

The Liquid Freezer II is both the overall best AIO cooler for the 5900X and the best budget AIO cooler since it sells at a lower price than the majority of AIO cooling systems sell at. 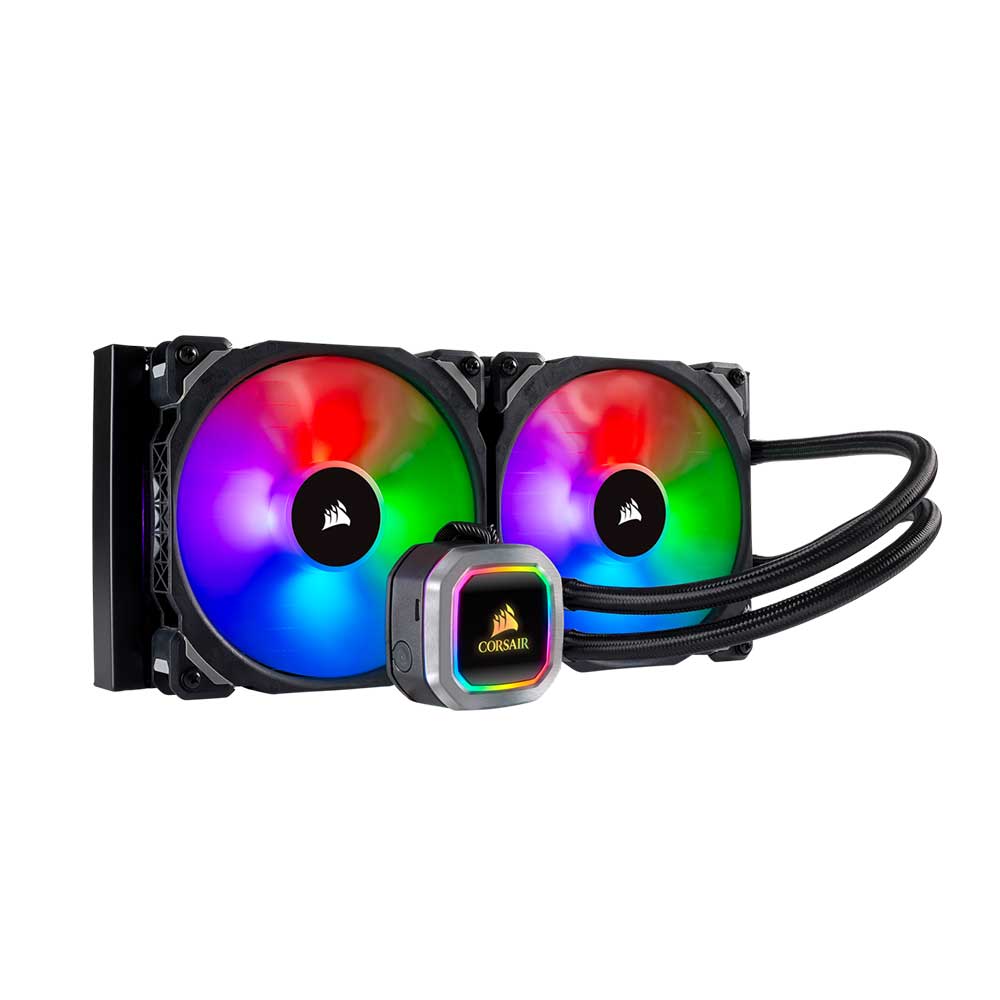 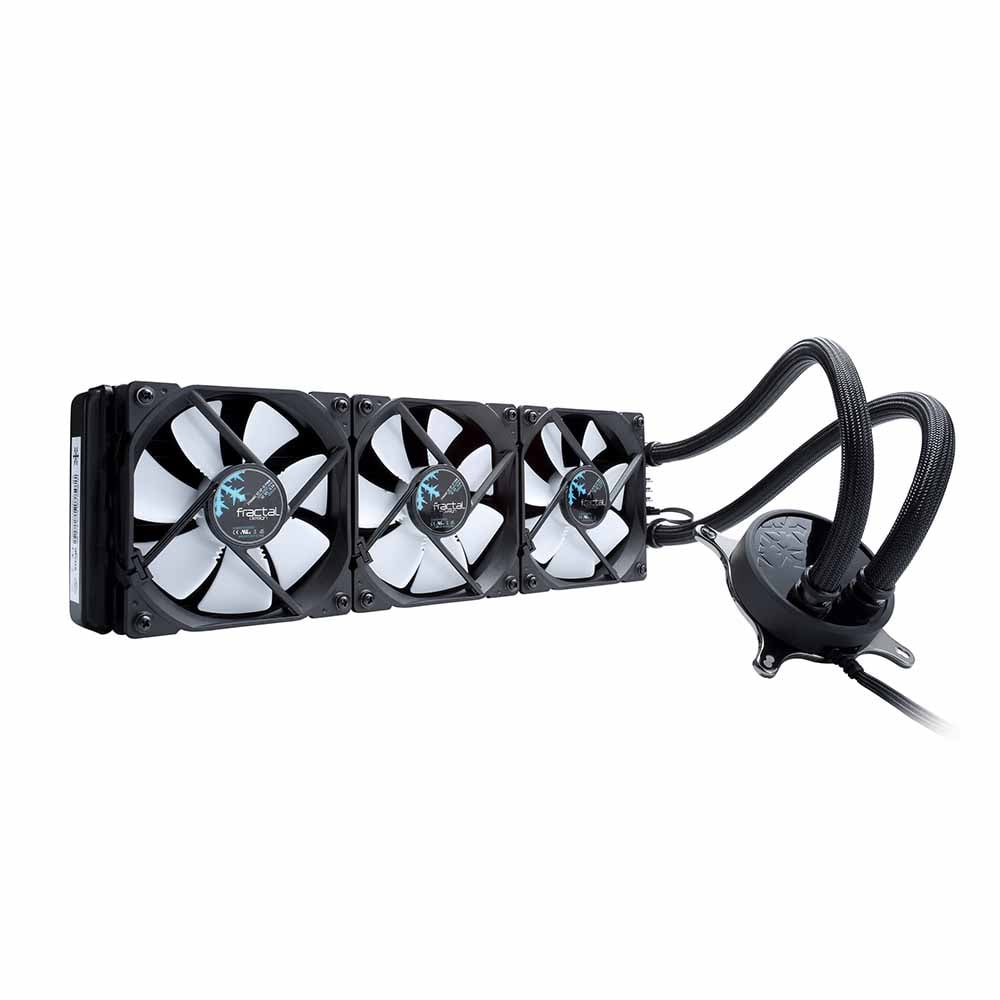 While the Corsair Hydro Series H150i PRO RGB 360mm was our silent AIO recommendation of choice for a while now, this AIO system is increasingly harder to find. Its successor (the Corsair iCUE H150i Elite Capellix) is great when it comes to thermal performance, but its noise levels are through the roof whenever the CPU gets under strain.

Since Corsair’s out of the picture, we’ve decided to go with the Fractal Design Celsius+ S36 Prisma as our silent AIO of choice from now on. While it’s very expensive, the Celsius+ S36 Prisma has pretty good thermal performance coupled with immaculate silence even when you put your CPU under extreme strains while overclocked.

On top of it all, the cooler features a ton of RGB effects and is one of the best RGB coolers around. If you don’t mind the price, the Fractal Design Celsius+ S36 Prisma offers the best combination of thermal performance and silent operation in the AIO market.