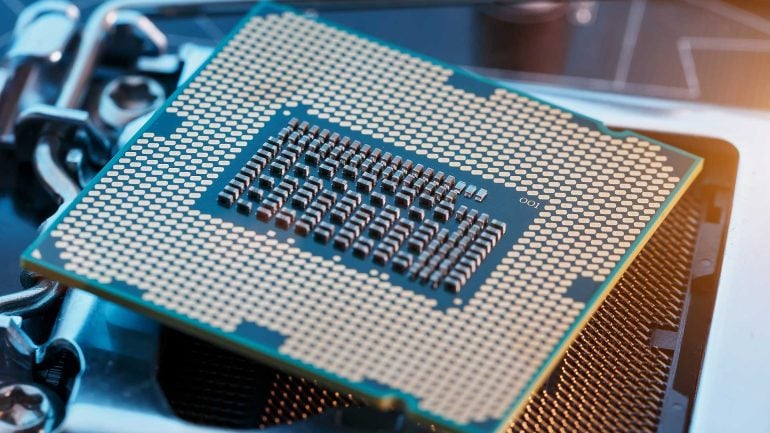 Dual CPU motherboards cater to users who want the most power in their hands in specific niches or use cases.

Dual CPU motherboards sound tempting. A motherboard with two CPU sockets should theoretically be twice as powerful as a single CPU motherboard, right? Not just that, but double the gaming performance too, right? Well, the reality of the matter is a bit more complex and, we’ll explain why.

First of all, we’ll recommend the best dual CPU motherboards. Next, we’ll get a look at the basics of dual CPU motherboards: what they are used for, what benefits they provide, and their usual set of features. After that, we’ll explore their potential as the base for gaming machines. We’ll also see why there aren’t Ryzen and Threadripper motherboards with dual CPU support. 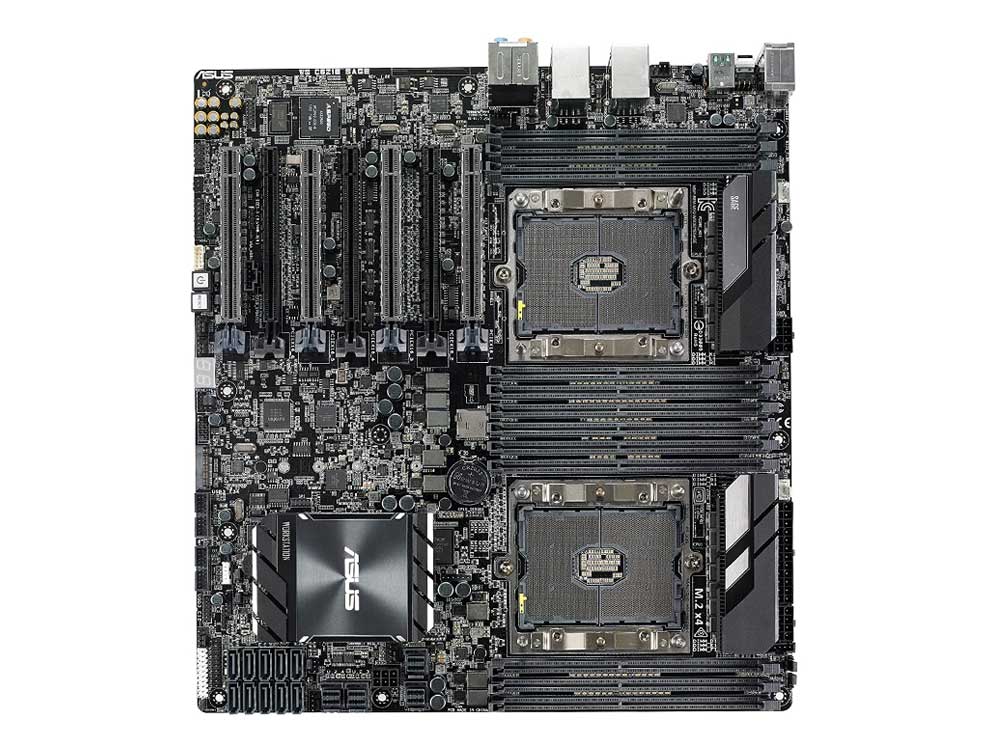 We’ve narrowed down the best dual CPU board to two choices. They both can be used for a multitude of purposes. Hook them up with a couple of pre-owned processors and get rolling. By creating two virtual machines, you can get both a solid server and a workstation that can run any game you want. All that neatly packed inside one PC case.

The ASUS WS C621E board has it all. Two CPU sockets, 10 SATA connectors, 1 M.2 Port. It supports up to 4-way SLI and Crossfire. You can use multiple GPUs for productivity while also experiencing excellent gaming performance. Just make sure to use single GPU mode when gaming. The board supports gigabit Ethernet with 2x gigabit Ethernet ports. Perfect for a home server.

The I/O panel has everything you might need, and there’s also support for up to 1.5 TB of memory. The board can house Xeon Socket P CPUs. Your best bet is to visit eBay and get a couple of used ones. They are relatively cheap (at least compared to new Xeon CPUs). You can get a dual 16-core system for less than the price of one new Threadripper processor.

The SuperMicro H11DSi-NT is the best dual CPU motherboard for AMD CPUs. This model supports AMD EPYC Processors. The board has only two PCIex16 slots, and it doesn’t support SLI or Crossfire.

Unless you require multiple professional GPUs, you’ll be fine. One powerful GPU is all you need for an excellent gaming experience. Just remember to get a standalone audio card since you won’t find any audio chip here.

The board has a ton of features. It comes with one classic M.2 port and two OCuLink headers for additional NVMe drives. You also get 10 SATA ports. The max amount of memory supported is 2TB, and that’s more than enough for any kind of task.

Go to eBay, get a couple of first-gen EPYC processors (the selection isn’t as rich as with Xeon CPUs). Then build yourself a server and a workstation that can run games, all on one board.

The most obvious advantage is support for two CPUs on a single board. This led to great advantages back when we didn’t have access to consumer-grade CPUs capable of providing a ton of threads.

Today though, the best dual CPU motherboards are that cool anymore because we have up to 64-core and 128 threads CPUs in the Threadripper family. Those CPUs can bulldoze through any kind of work you throw at them.

Even with non-uniform memory access (NUMA), dual CPU systems are still suffering from high latency. NUMA is there to reduce latency. And it’s enough for server-related tasks. But the latency is still present when running non-server-related tasks, such as productivity apps like Blender, Adobe Premiere, etc.

Next, the best dual CPU boards come with support for a bunch of PCIe lanes. This allows for quad SLI and Crossfire, which sounds quite intriguing. But in reality, multi GPU support in games is pretty much dead. If you want to know more about the reasons why this happened, read our article discussing are dual graphics cards worth it nowadays.

On the other hand, professionals can still gain from using multiple Nvidia Quadro GPUs. For them, a ton of PCIe lanes is still a useful feature. Dual socket motherboards support ECC RAM and lots of it. Servers demand ECC memory because you cannot have any errors in a machine that has to work 24/7 without any break. And support for up to 2TB of RAM is also handy when running a powerful server.

You also have a ton of SATA and M.2 ports on these boards. You can hook up as much storage as you need and still have room for more. Other features supported by dual socket boards (but also by regular server boards) are IPMI, SAS ports, and SFP transceivers.

What can I use a dual CPU motherboard for?

Ever since Compaq released the first PC-based server, the Compaq SystemPro, in 1989, dual CPU motherboards provided the edge in extremely demanding use cases. Such as running tons of tasks at the same time on immense server farms.

Or rendering complex scenes in large movie studios. But the power came at a considerable price. The base SystemPro workstation retailed for $15,999. You could get the second processor (the famous 386) for $3,500. These days things aren’t much different.

Dual CPU motherboards are usually made as the base for servers and high-end enterprise workstations. Thus, they cost much more than regular ones. Even the high-end E-ATX motherboards made for the best workstation systems are in the range of average-priced Dual socket mobos.

Dual socket boards are still used for server farms. Especially now, when cloud computing is more popular than ever. Thousands of these boards power cloud-based services we all use.

Further, with the expansion of CGI in movies, render farms became more popular. Today, there are lots of cloud computing services. You’ve guessed it; they also use dual and quad CPU motherboards and lots of them.

Limited space is the main reason why businesses use dual and quad-socket boards. When you need lots of power from tons of CPUs, it’s better to use multi-socket boards and thus save space.

As you can see, enterprise space is the main market for dual CPU boards. Are there any day-to-day use cases for regular users to utilize a dual CPU motherboard?

Well, yes. Back in the day, when we, the average users, were limited to 4 and 8-core processors, getting a server motherboard supporting Xeons or a high-end dual CPU motherboard supporting 2 Xeon CPUs was a great way to build a powerful workstation for a relatively low amount of money. You wouldn’t get the newest CPU, of course. Instead, getting a CPU couple of generations behind the current offering was the way to go.

Couple the CPU and the motherboard with quad-channel memory configuration. Then, pack some powerful graphics cards and get a monster workstation for less money than the price of flagship consumer CPUs.

Or get an even older server CPU and dual CPU motherboard and build a more than capable yet affordable home server. Streamers also built dual-CPU builds so they could play games and stream from the same box. Thus saving money, space and making things less complicated than opting for two PCs.

But these days, the need for dual CPU systems is nonexistent. If you want a monstrous workstation, get the latest Threadripper CPU from AMD. They come with 32 or even 64 cores and support hyperthreading.

The EPYC Rome server CPUs from AMD are for even more demanding tasks. Such as running multiple virtual machines around your house. Today, the main reason for having a dual CPU motherboard is building a cheap but capable server. Because older Xeon processors are still quite capable and quite cheap.

Can you use dual socket boards for gaming, and is it worth it?

As we already said, years ago, that was a genuine possibility. You can use one today, but it’s better to just buy a modern, 12 or 16-core CPU, and get more than enough power. If you want a serious workstation that can game, get a Threadripper. You’ll get equal or higher amounts of power and will be able to play any game on it.

If you want a monster machine that can act as a server and power multiple virtual machines used for work and gaming, check out EPYC Rome motherboards. They support the new EPYC Rome server CPUs from AMD. And these CPUs can chew through any kind of workload.

Of course, you could still get an older server motherboard with two CPU sockets. The best course of action if you really want to do this is to buy some Xeons for cheap and build a powerful machine for work and gaming.

Or, get an AMD EPYC-7000 series compatible motherboard and build a two-CPU workstation, which you can play games on. Just remember that even the best dual CPU motherboards won’t give you a magical boost in performance.

Why aren’t there any AMD Ryzen and Threadripper dual CPU motherboards?

The short answer is that Ryzen and Threadripper CPUs target consumer and prosumer markets. And in those two markets, there’s simply no demand for dual CPU motherboards. It’s because the most powerful Threadripper CPUs have 64 cores. That’s more than enough power for almost any kind of use case.

This is the same reason why there are only Xeon-based dual CPU motherboards. Intel also produces workstation CPUs, and they were more than enough for any kind of home-usage. At least back when Intel had the advantage over AMD. This isn’t the case anymore.

If you want a dual CPU motherboard, you have to get server-class processors. Luckily, both Intel and AMD server CPUs have dual-socket motherboards, so you can pick between the two.

How does a dual CPU motherboard work?

In a dual CPU motherboard setup, the CPUs share resources (caches, buses, and memory) and are synchronized together to multiprocess the workload to be split between the two.

Can you have more than one CPU on a motherboard?

How many CPUs can a motherboard have?