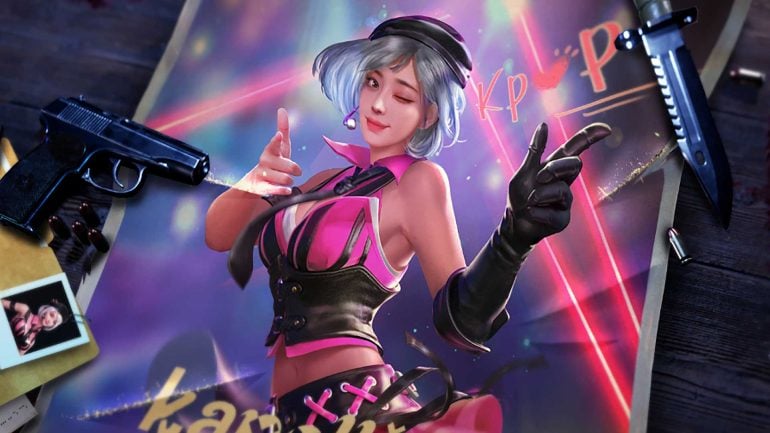 Free Fire’s rapid rise to the top of the mobile game charts has proven what a blast this arcade-style battle royale shooter really is. But imagine playing Garena’s hit battle royale with the power of your laptop or PC. Android emulators let you do that and more. Not only do you get to play with whatever input device you want, emulators also come with tons of awesome features that enhance the Android experience beyond what a smartphone or tablet can deliver.

However, not all emulators are created the same. There are dozens of emulators on the market, and it can be difficult to know which one is right for you. Some are made for gaming, others are geared toward developers. Some are filled to the brim with awesome features that will test the limits of your PC, while others are made for barebones Android gaming. If you’re looking for the right Android emulator for your needs, these are the best emulators for Free Fire.

BlueStacks has been a mainstay of “top Android emulator” lists since it was first introduced in 2009. Despite having developed a reputation as a performance hog, BlueStacks has consistently been one of the most stable Android emulators on the market. Games that might grind other emulators to a halt would be at least playable on BlueStacks — provided your computer could run it.

Now, BlueStacks is hoping to be rid of the “resource-intensive” moniker with BlueStacks 5, which the company claims is the lightest and speediest version to date. It’s early days yet, and there are still a few minor bugs to iron out, but BlueStacks 5 starts up and feels a lot snappier than previous versions. However, when it comes to playing Free Fire, BlueStacks offers a totally seamless experience.

BlueStacks doesn’t just run Free Fire flawlessly, it also comes with some extra features that will give you a leg up when playing online. Like any good emulator, there’s custom keymapping, so you can edit and tweak your own control schemes using whatever device you want. It also comes with an excellent mouse and keyboard preset, so you can hit the ground running in Free Fire. You can also instantly record footage of your gameplay to video and quickly set up multiple instances using its intuitive instance manager.

All of that comes at a price, though. BlueStacks’ interface is filled with ads, from its desktop, which has icons that look like pre-installed apps but are actually adverts in disguise, to the banners in its sidebar. Thankfully, they don’t interrupt the actual gaming experience, but if you hate having banners in your face, this could be a dealbreaker.

BlueStacks has stood at the top of Android emulation for more than a decade, and it’s clear to see why. It’s stable, supports tons of games and apps, and comes with a slew of awesome features that take full advantage of the power of your computer. With the release of BlueStacks 5, it’s also no longer the memory monster that it used to be. If this is your first time looking for the right Android emulation solution, start with BlueStacks, because there’s a good chance your search ends there, too

If you’re looking for a straightforward Android experience on PC, LeapDroid is the emulator for you. It might not come with all the fancy features that you get from the better known emulators, but LeapDroid makes up for it with sheer performance.  The lack of any bloat or extra features makes it the lightest emulator on this list by far. LeapDroid should be your go-to emulator if you want to play Free Fire on a low- to mid-range laptop.

In 2016, Google recruited LeapDroid’s developers, putting an end to LeapDroid’s development. Since it hasn’t seen an update in the past five years, you’ll find it can struggle with (or simply doesn’t support) newer titles. Fortunately, LeapDroid does run Free Fire.

Performance-wise, it’s one of the best emulators for playing Garena’s hit battle royale title. LeapDroid runs Free Fire at stable frame rates, and it also supports Direct Input devices, so you can play with a mouse, keyboard, or gamepad.

How to use Free Fire stylish names

LeapDroid may be the most basic Android emulator on this list, but if all you want to do is tear it up in Free Fire, it’s got the firepower and key features you need to do just that.

NoxPlayer is another huge name in Android emulation. First released in 2015, Noxplayer was lighter than BlueStacks with a much simpler interface, too. By that time, BlueStacks had already been the premier emulator for more than 5 years but was still considered unplayable by those with lower-end machines. Naturally, NoxPlayer became the emulator of choice for everyone whose laptop or PC struggled to run BlueStacks.

After spending a few years playing second fiddle to BlueStacks, NoxPlayer has grown into a fantastic emulator in its own right. Most notably, its feature set has grown immensely since 2015. Anything you can do in BlueStacks is possible in NoxPlayer, too — multiple instances, keymapping, video recording, macros, and more.

NoxPlayer also has a nifty feature its developers call Nox VT (Virtualization Technology). They claim Nox VT allows for more efficient usage of computer resources, giving players better performance in their Android games and apps. However, the jury’s still out as to whether Nox VT makes a difference at all — user reviews are mixed, with some saying they got a performance boost and others claiming their frame rates actually dropped with VT on.

NoxPlayer runs Free Fire about as well as BlueStacks, but the lighter requirements make it less stressful on lower-end computers. If you have issues running BlueStacks on your PC, you may have better luck with NoxPlayer.