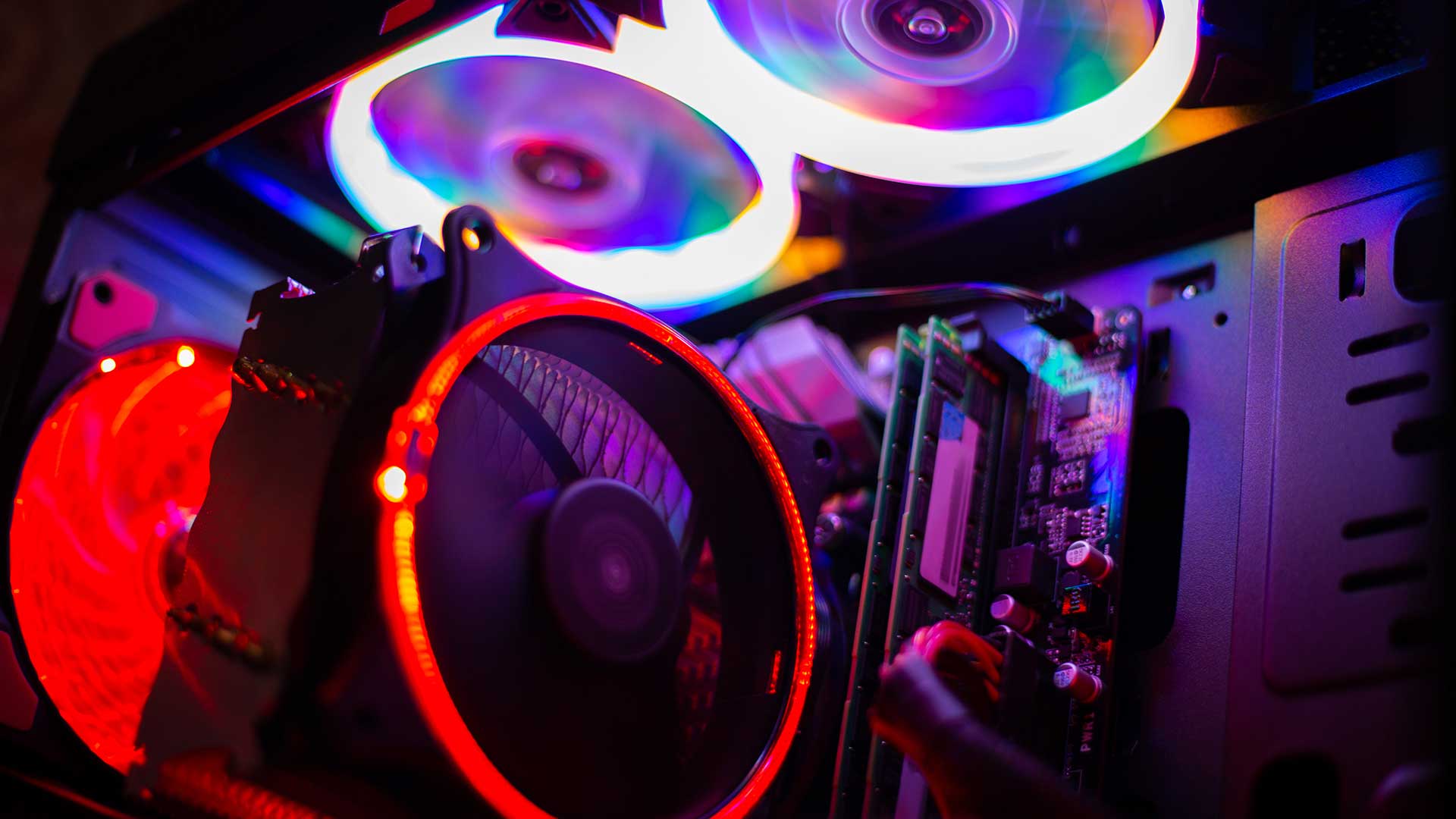 Best fan control software you should be using in 2023

These are best options to get your PC build running at its peak performance with minimal noise output.

The feeling of pure happiness when your new, freshly built PC boots successfully on the first try is one of the best feelings out there. But then, in many cases, loud case fans can ruin the celebration. This is where fan control apps can help. They’re also handy for manually tweaking CPU and GPU fans to get the best possible noise to performance ratio. Whichever the case may be, you’re probably looking for the best fan control software. Well, read on. We rounded up the best fan control software to use.

FanControl is the brainchild of a single developer, Remi Mercier, who found that the good old (not anymore) SpeedFan doesn’t work with their board. The result is the best fan control software you can get right now. It has a slight learning curve, so we recommend everyone watch the app’s YouTube tutorial playlist. It’s incredibly detailed and will teach you how to master FanControl. And if you have any questions or want to report a bug, there’s a FanControl page on the LTT forums.

Once you check out the video, it’s time to discover your next favorite fan control software firsthand. First of all, the UI looks modern and is in line with the Windows 10 minimalistic design. If you ask us, this small but powerful piece of software looks better than all of those bulky, slow, and unnecessarily complex apps from the likes of MSI, Corsair, and others. It’s a shame you cannot use the app to control RGB fan effects. We know it’s impossible to do this but still. One can dream.

The app supports manual control of all fans in your case, including CPU, GPU, and case fans. You can customize names, show the speed of each fan in percents or RPM (or both), hide phantom fans (probably there because the app reads data from the motherboard, which sometimes lists every fan header, regardless of whether or not you have a true fan attached to a header). You can also create manual offsets for all fans, so they don’t ramp up the millisecond the CPU temperature changes. Very helpful for Ryzen 5000 users, especially those owning the 5800X, 5900X, and 5950X CPUs.

FanControl also supports assigning different thermal sources for your case fans. Very helpful if your GPU gets hotter than your CPU while gaming or working. Overall, FanControl is a marvelous fan control software. Zero bloat, zero features no one asked for, very lightweight, can match your Windows theme, free to download, includes an informative YouTube tutorial, and the app also gets regular updates. If you want a single app to control all your fans in one place with tons of different curve setups and plenty of fan control features, get FanControl.

2. UEFI BIOS on your motherboard: Best alternative for CPU and case fanse

If you want to set up manual fan curves for your CPU and case fans but don’t want to tweak them all the time, the best tool for doing that is probably your motherboard’s BIOS. Virtually every modern motherboard includes a hardware monitoring section with fan control. They aren’t the best, but BIOS fan control is a great tool when you know the exact setup in advance.

Most boards support both DC and PWM control, meaning you can create fan curves for both 3-pin and 4-pin case fans. Next, you can freely control multiple case fans along with the CPU fan. Sadly, BIOS fan control doesn’t support GPU fan control. Note that controlling DC (3-pin fans) can be a bit buggy, so if you encounter bugs in the RPM fan reading (monitoring software showing impossible high RPM numbers) or your system fails to boot, just reset all case fan curves.

The main downside of the BIOS fan control is that you cannot assign the GPU as the thermal source for case fan curves. You can pick a thermal sensor near the PCIe slot, but that sensor shows temperatures that are way lower than what you have on the actual GPU die. Next, there are the DC control issues present on some motherboard models, not all. Also, some boards have awful BIOS fan control software so if you’re a lucky owner of such a board, get FanControl. It rocks. For everyone else, BIOS fan control is a great fan control tool if you don’t like experimenting with different fan curves.

If you’re undervolted your GPU, if you’re using the GPU for mining and worry about thermals, if it runs too hot, if its fans are too loud, if you did a bit of overclocking, or whatever the case may be for wanting to control your GPU fans manually, MSI Afterburner is the best GPU fan control software. It includes just a couple of features, but the app is good enough to set up a detailed manual GPU fan curve. To enable manual fan control in MSI Afterburner, go to options, then select the “Fan” tab. Once there, click on the “Enable user-defined software automatic fan control.” And then, create a custom fan curve.

There aren’t many extra features but the ones included are just what you might need. You can delay the fan speed updates so that fans don’t ramp up when your graphics card reaches a specific temperature. And, you can type in a GPU temperature hysteresis preventing fans from ramping up and down when the GPU’s temperature is changing for just a couple of degrees or when it’s cooling down. The third and final feature forces fans to update their speed on each refresh period in case you encounter bugs preventing fans from behaving as they should.

Overall, MSI Afterburner is one of the handiest apps to have on your PC. You can use it for monitoring all kinds of GPU-related data on desktop and in-games. You can also use it for overclocking and undervolting your GPU. The GPU fan control feature might look rudimentary for some users, but it’s easy to use, works nearly flawlessly, and includes a small but helpful collection of extra features.

If you own a Mac computer, get Macs Fan Control. This tool is simple, has a collection of handy features, and is free to download. You can use auto curves or set up your own. There’s the choice between manual and auto (based on different thermal sensors) fan control for custom curves. Finally, you can also create several different presets and switch between them with just a couple clicks.

The app is lightweight, and it works much better than the default fan utility on Macs. The downside is that, at least for now, Macs Fan Control doesn’t work with the Macs based on the new M1 chip. But if you have an Intel-based Mac, definitely give this app a chance. It’s labeled as the best fan control software for Mac for good reasons.

You can also use the tools below for fan control, but they aren’t as good as our prime picks.

HWiNFO – This is a fantastic monitoring tool, but its fan control features are tucked behind obtuse settings and are pretty hard to navigate and learn to use. You can use HWiNFO for controlling fans if you want, but we don’t recommend it for this purpose. And yeah, you’ll have to read a lot of posts on the HWiNFO forums if you want to learn how the whole system works.

MSI Dragon Center – This is, to be honest, quite an awful app from MSI used for controlling RGB effects on the MSI motherboards and for much more. While the app has lots of features, it takes forever to open and update settings, it’s sluggish when in use, it can mess up your system settings, and that’s just the tip of the iceberg. Download it if you want to control RGB effects on MSI boards but don’t forget to delete it afterward. And while the fan control feature in MSI Dragon Center is half decent (easy to use, supports CPU and case fans, supports custom curves), we cannot recommend anyone download this app for fan monitoring and control.

SpeedFan – SpeedFan was the prime fan control software back in the day. It was the first and last app you needed for controlling every fan inside your case. But the times changed, updates stopped arriving, and today SpeedFan doesn’t support most modern motherboards. If you have an old board, get it, it’ll probably work. Otherwise, download FanControl; it’s impressive.

Corsair iCUE – probably the most popular ARGB fan software, Corsair iCUE is great for setting up different RGB effects for your ARGB fans. On the flip side, the app doesn’t have excellent fan speed control features, it’s cumbersome to use, and it can bug out. If you have Corsair ARGB fans, you’ll need it anyway, so feel free to check out fan speed control options. But if you end up not liking its fan control implementation, get FanControl.

Gigabyte EasyTune – Another manufacturer software, Gigabyte EasyTune, includes many features, among which is fan control. It’s not as powerful as in FanControl, but it’s decent enough for most users. The thing is, this is another bloaty program that includes a ton of features, most of which you won’t need. The app itself is a part of the Gigabyte APP Center that’s not the fastest and easiest to use.