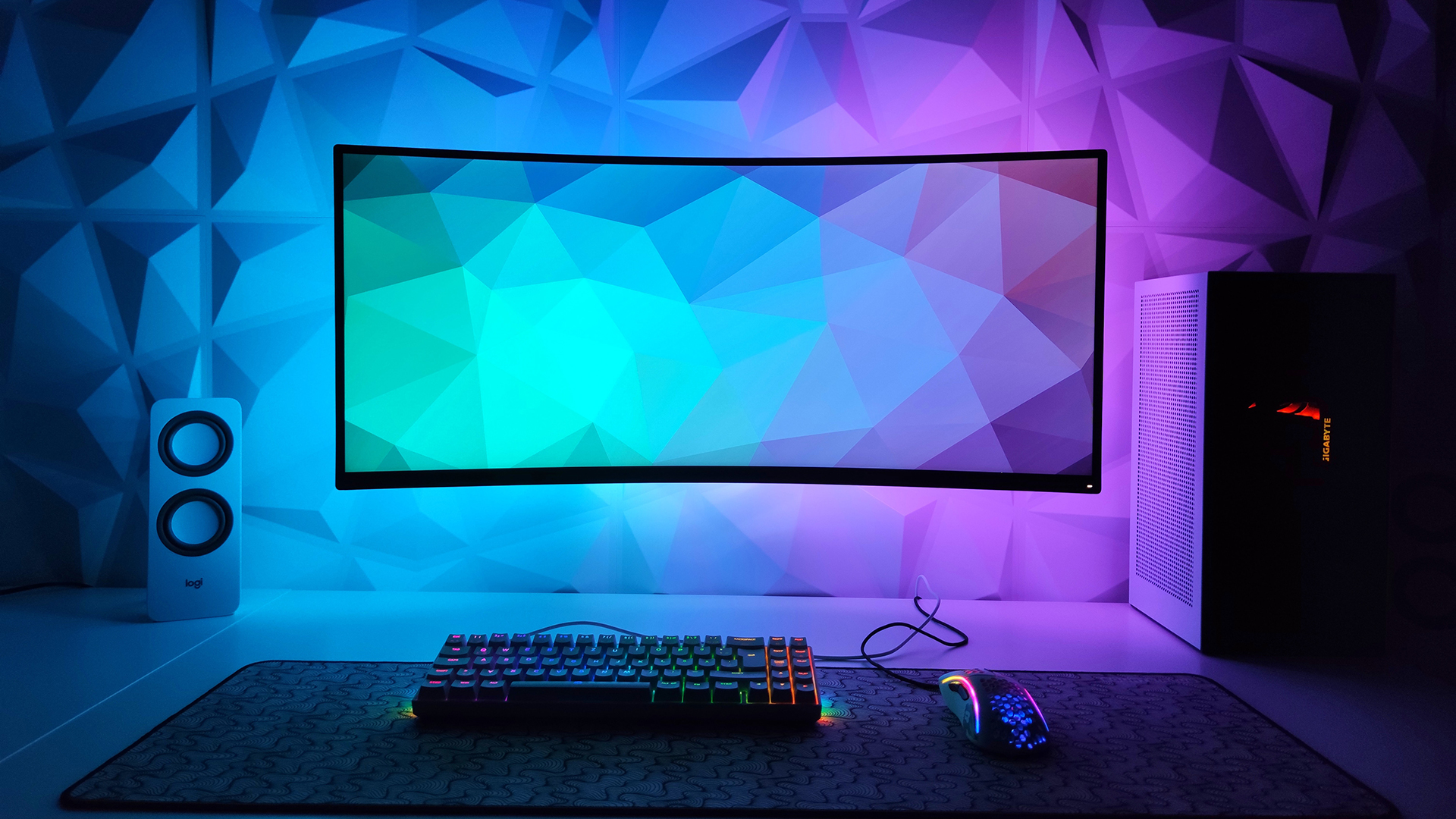 Best gaming browsers to use in 2023

Check out the best gaming browsers for every type of gamer.

So, you’re a gamer, and you need the best web browser to use while gaming. Well, we have news for you. You don’t need a gaming browser; any browser out there will do the job and won’t slash your in-game performance. Some will use less memory, some more; some come with tools that can limit the amount of resources used while others won’t. At the end of the day, there’s no THE gaming browser out there. One that’s the best possible choice for gamers for any situation and gaming scenario. They’re all pieces of software, each with its own set of pros and cons. Luckily there are plenty of choices out there and each gamer can pick the right gaming browser for their specific needs.

But then, what’s the best gaming browser for your specific needs? Well, stay with us and find out. We have picks for gamers who have to get by with a limited amount of memory; we have browsers for those concerned about internet privacy and picks for users who can’t live without certain services. We also have a default option for those who can’t bother downloading a web browser after finishing installing a fresh copy of Windows. Let’s start with the most obvious pick, the gaming browser, Opera GX.

Now, Opera GX might be known as the gaming browser, but this doesn’t mean it somehow increases in-game performance or makes your in-game framerates more stable. Opera GX does come with a set of gamer-specific features. Still, the thing is based on Chromium meaning you can expect performance similar as in Chrome, Edge, or any other Chromium-based browser out there. On the other hand, this also means you can use Chrome-based extensions. All you need is one extension, and voila, you can now use most extensions available for Google Chrome. Opera GX also comes with a set of tools that can ease its take on system resources, especially memory.

While having 20 browser tabs open used about 1.3 gigabytes of memory with default settings, turning RAM limiter on and setting it to 1 gigabyte did drop the memory allocation to less than 1GB. Great when you have a budget gaming PC with a limited amount of RAM. To top it off, Opera GX also comes with a cache cleaner and hot tabs killer that can further help in saving resources for the game running alongside the browser. The CPU limiter works, but we find it less useful than other tools. It’s because you either need a CPU to run videos if you turn off hardware acceleration – helps when running games since GPU isn’t used for decoding videos – and when you turn hardware acceleration on, your CPU will hardly be used, so you won’t need the CPU limiter anyway.

Aside from the performance-enhancing tools, Opera GX also comes with the GX Corner that includes stuff like the video game release calendar (genuinely handy), gaming news (can be handy), gaming deals (not really handy since it has only two stores), video game trailers, and more. While all those gaming features are great, we like Opera GX mostly because it comes with a ton of extra features out-of-the-box. You have an excellent ad blocker, easy-to-use snapshot tool, handy dark mode enforcer, a built-in VPN, etc.

The browser’s extra safe since it is based on Chromium. That said, Opera GX isn’t great when it comes to internet privacy. When it comes to visual design Opera GX incorporates aggressive, gamery visual design dominated by sharp corners and saturated colors. The good news is that you can reduce the amount of eyesore by applying themes based around pastel colors that don’t look like Razer designed your browser. If you need a browser that’s light on resources, that follows gamer design philosophy to the t, and that comes with a set of tools that can reduce the browser’s resource footprint, then check out Opera GX.

Google Chrome is by far the most popular browser in the world and a default choice for a gaming browser for many users. If you’re already knee-deep in the Google ecosystem and you don’t mind tons of privacy issues that come with that, Chrome is as good a gaming browser as any. It will eat a ton of memory if you like to keep 50 or more tabs opened. However, in our 20 tabs test, Chrome used a fraction of memory less than Opera GX. That said, Chrome doesn’t come with a RAM limiter, so don’t use it while playing games if you have a limited amount of system memory.

Even with its reputation as a resource hog, Chrome won’t slash your gaming performance. In our performance tests, Chrome trumped Opera GX both with hardware acceleration on and off, if just so slightly. Next, Chrome has the best extension support since it’s the most popular browser out there. It’s chock-full of extra features, as long as you don’t mind experimenting with Chrome flags. It also has piles of custom themes for those who like changing their browser’s looks every other day. Finally, Google Chrome works best with Google services. So, if you’re used to having easy access to Gmail, Google Drive, Google Docs, and other apps part of the Google ecosystem, Google Chrome is the gaming browser for you.

Mozilla Firefox is one of the two major browsers – the second one is Safari – that isn’t based on Chromium. And this does wonders for its memory usage. In our 20 tabs test, Firefox only used about 750 megabytes of memory. That’s by far the least amount of memory used by any browser in this list. This is great for users with a low amount of memory, but if you’re keeping even more tabs opened while playing games, it’s better to use Opera GX since its RAM limiter will keep usage below 1GB no matter how many tabs you have opened.

While the browser uses the least amount of RAM, in-game performance with Firefox opened in the background playing YouTube video is very similar to other browsers. However, Firefox is the best choice for users focused on privacy. Unlike most other picks on this list, Firefox is a privacy haven. Being free and open-source means Mozilla won’t track you and collect your browsing data because Mozilla isn’t a for-profit foundation.

You can opt for strict privacy protection in Firefox settings. It can break some sites from functioning correctly, but the option’s there if you want to be wholly protected from most online tracking. On top of its light memory usage and focus on privacy, Firefox also offers pretty solid extension support. It also includes a large number of themes, works excellent, and is easy to use. On the flip side, the browser doesn’t offer many extra features, and it isn’t great when it comes to Google services integration. If you want a private-first gaming browser, Firefox is the best choice.

Vivaldi was born after Jon Stephenson von Tetzchner, co-founder and CEO of Opera, got out of the company and decided to create a new web browser. The result is a web browser based on an open-source version of Chromium that’s all about personalization, and one that’s highly private. Upon opening Vivaldi for the first time, the browser has offered us plenty of personalization options. You can tweak everything here, from basic browsing settings to the position of the tab bar to fully tweaking the speed dial page. Vivaldi also comes with a ton of extra features such as the built-in adblocker, snapshot tool, or the unique page tiling feature.

The browser is snappy when opening new pages but overall, a bit slower than Firefox, Opera GX, or Chrome. When it comes to memory usage, we’ve recorded Vivaldi using about 1.5 gigabytes of memory with 20 tabs opened. Not great, but not the worst result. When running a game alongside the browser, performance is highly similar to the other browsers. Overall, Vivaldi is comparable to Opera and Opera GX when it comes to extra features and tweaking almost every part of the user interface.

The browser comes with an excellent built-in adblocker. It does its job while being invisible to the user. Vivaldi is focused on privacy, making it a better choice for users who want to try Opera or Opera GX but aren’t ready to give up their internet privacy for doing that. Do note that Vivaldi doesn’t offer as private a web browsing experience as Firefox from the get-go. You’ll have to tweak some settings to achieve Firefox-level of privacy. The good news is that achieving that level of privacy is possible at all.

On top of excellent security and a high level of privacy (after tweaking some settings), Vivaldi also has excellent extension support. Unlike Opera DX, you don’t have to install any extension in order to use Chrome add-ons. Just go to the Chrome web store, find an extension you like, and install it without hassle. Overall, Vivaldi’s great for former fans of Opera who want a highly tweakable gaming browser with a ton of extra features but don’t want to sacrifice their internet privacy to get that. It doesn’t have the best performance of the bunch, but if you have a beefy gaming PC, you won’t see a noticeable difference between any of these browsers when playing games anyway.

Now, if you aren’t interested too much in browsers and just want a solid option that works from the get-go, think about switching to Microsoft Edge. This is yet another browser based on Chromium, which means it’s highly secure to use. Edge also offers solid performance when it runs parallel with games. With that said, the browser’s really heavy on memory. With 20 tabs opened, Edge used by far the most RAM, sucking up about 1.8 gigabytes. Luckily, Edge comes with an efficiency mode that, when turned on, massively decreases Edge’s hunger for system memory. We’ve seen a reduction from 1.8 GB to about 1.1 gigabytes with the same 20 tabs after turning efficiency mode on.

The efficiency mode puts tabs in hibernation, meaning switching back to a hibernated tab will increase memory usage. This makes Edge’s efficiency mode less useful than the RAM limiter found in Opera GX. Still, it’s better than nothing. When it comes to themes and extensions, Edge supports the most popular extensions. It also includes a fair number of themes in the Edge store. It has some interesting features, such as the kids mode and collections (more or less the same as the reading list in Chrome), and it opens new pages rather snappy. On the other hand, Microsoft Edge is a privacy nightmare. Overall, if you don’t care about privacy, have lots of RAM, and don’t mind using the default Windows browser, Microsoft Edge could be a solid choice for a gaming browser.