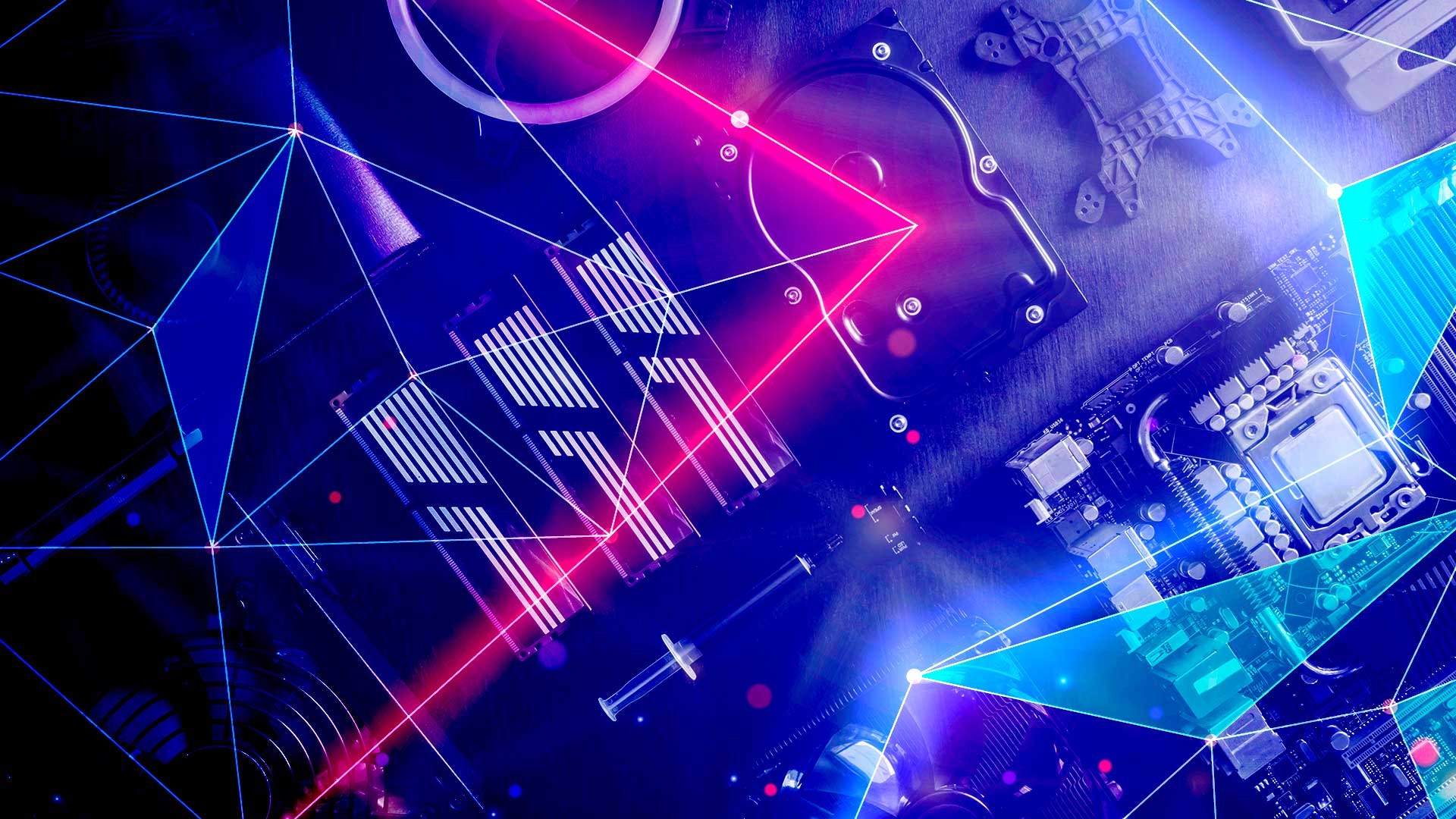 This is how to put together a gaming desktop for less than $500.

Want to build a gaming PC but your budget is limited to $500? Don’t worry, we’ve got you covered. Out $500 gaming PC build has everything you need to play both esports and AAA titles on 1080p resolution and with relatively high framerates.

While a budget-constrained build means lots of compromises, we tried to keep them to a minimum. For instance, the board used is cheap but it is quality enough to run our CPU choice without power limits, even something more powerful down the line. Next, 4 DIMM slots on the board allow you to add up to 16GB of memory to the 8GB base memory listed in this build.

The SSD is just a 256GB one but it should offer enough space for the OS and a couple of your most frequently played games. 1TB HDDs are cheaper than ever so you should get one in the future. We also didn’t want to cut too many corners on the power supply. We decided to equip this build with a quality PSU that’s more than serviceable while at the same time allowing you to upgrade the GPU down the line.

The case is great for the price. It’s a mid-tower case with enough room for ATX boards. It has plenty of room for a beefy GPU and a tall CPU heatsink if you decide to use it for future builds. Finally, the GPU. As you probably know, the GPU market is in shambles. Prices are still sky-high, demand is still through the roof, and the supply is still way behind the demand. So, instead of making the GPU part of the build, we instead have a “GPU budget.”

GPU budget is the leftover money after we account for the price of the other components. You’re free to spend it on a GPU of your choice. We did provide a few suggestions on which GPU to buy for the available budget. But, since the market is the way it is, we didn’t want to limit your choices by listing specific graphics cards. Who knows, maybe our pick would see its price skyrocket in a week or two, or maybe it’ll go down in price because of the increased supply or some other factor. With that out of the way, let’s check out the build. 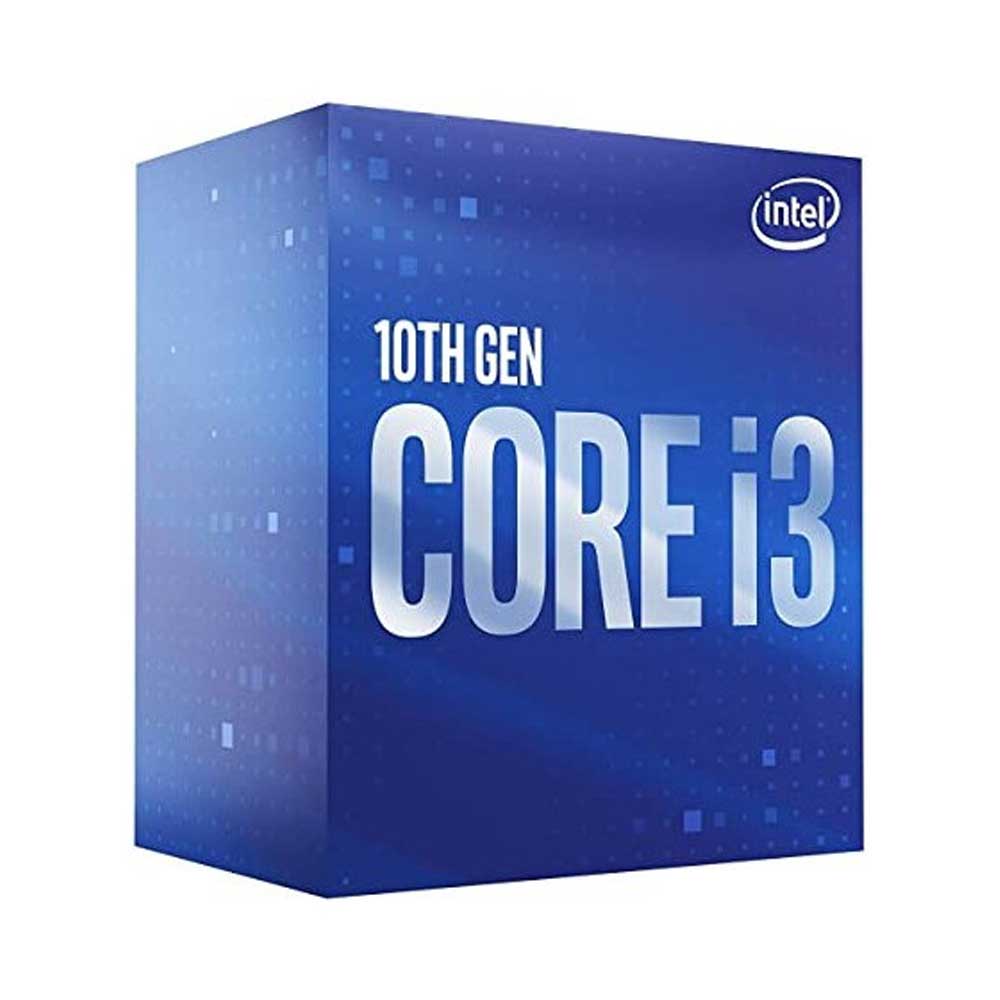 The Core i3-10100F is the best choice for PC builders on a tight budget. This 4-core/8-thread CPU won’t break performance records but it’s more than enough for most current games. CPU-heavy titles such as Battlefield V might see occasional stutters, but almost every current AAA game will work just fine.

You’ll get 1 percent low FPS below 60 frames per second but the average FPS in almost any game will go well over 60fps, as long as you don’t go overboard with the graphics settings. What’s better is that every esports game on the market can work at high framerates with this CPU, as long as you have a GPU capable of pushing those frames.

Now, there are better 4-core gaming CPUs out there, but, atm, they sell for unreasonable prices. Even if the performance of the 10100F wasn’t this good, you’ll still be limited to the 10100F since the Ryzen 3 3300X, the best four-core gaming CPU at the moment, sells for about 60 percent higher price. The first real upgrade, the six-core 10400F, sells for a 75 percent higher price than the 10100F. Finally, the Core i3-10100, a version of the CPU equipped with an integrated GPU, also has an insane price point. Whichever way you look at it, the Core i3-10100F is the best choice for this budget. 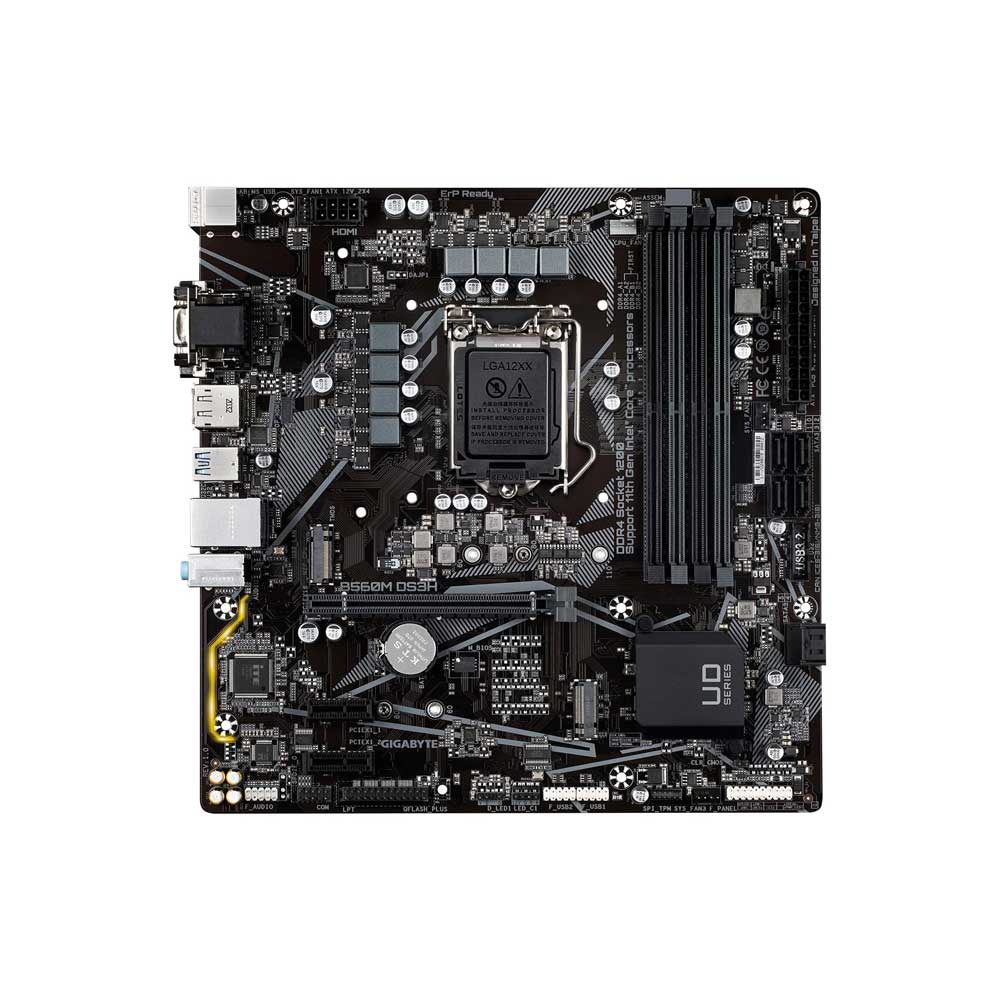 Moving on to the motherboard, we’ve picked an affordable but still capable Gigabyte B560M DS3H. First of all, this is one of the cheapest B560 motherboards you can get at the moment. The main reason why we opted for the B560-based board is that the B560 chipset can run memory faster than DDR4 2666, which can increase performance in most games.

Further, this board can also run the Core i5-11400F (and its older cousin, the 10400F) without issues and without power limits, which could be a big advantage over cheaper B560 boards if you decide to upgrade down the line. And if you pick the 11400F as the future upgrade, you’ll also get PCIe 4.0 support.

When it comes to the specs, the Gigabyte B560M DS3H features 4 DIMM slots, it has two M.2 slots and six SATA connectors. There’s also one PCIe x16 slot, coupled with two PCIe x1 slots for expansion cards. The audio section is as basic as they get and, on the back, you can find one 1Gb LAN port.

The rear I/O also includes Three USB-A 3.2gen1 ports, one USB-C port, and two USB 2.0 ports. Overall, slim but in line with the price point. Since this is a budget build, you can save some cash and get the B460 version of the Gigabyte DS3H. The B460 chipset doesn’t support RAM overclocking. In other words, you’re limited to DDR4 2666.

This limitation shouldn’t be a big downside since there’s no drastic difference when running DDR4 2666 vs something like DDR4 3200 on the 10100F and a budget GPU. As long as you get two sticks of memory to be able to run them in dual channel, you’ll be fine. On the other side, if you want a board that can run eight-core CPUs without issues and that supports memory overclocking, get the MSI B560M PRO-VDH.

The B560M PRO-VDH is only a fraction more expensive than the Gigabyte B560M DS3H while having much better VRM and noticeably better specs. Stuff like 2.5Gb LAN, fast USB 3.2gen2 ports, and an M.2 heatsink. 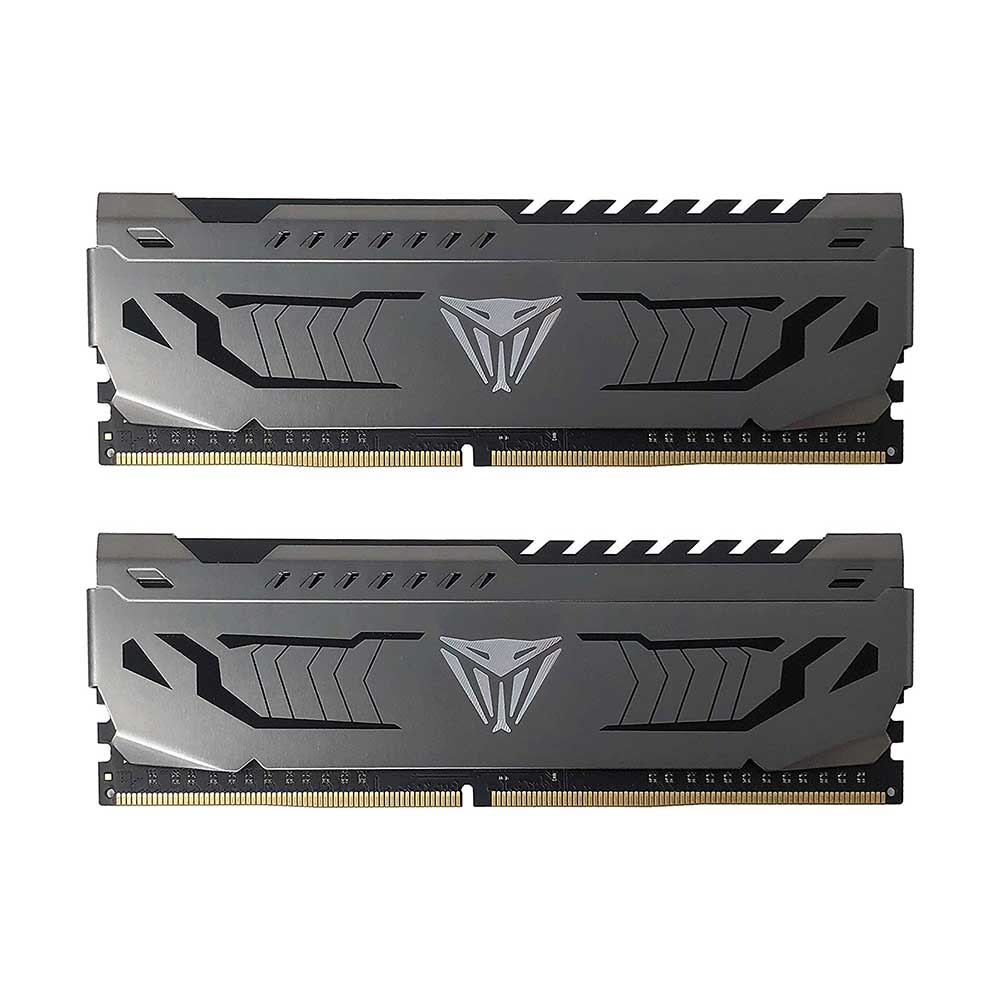 The Patriot Viper Steel DDR4 8GB (2 x 4GB) 3200 memory kit is one of the best RAM deals you can find online. It’s reasonably fast, with reasonably tight timings. Overall, you don’t need anything faster than this for the 10100F. You also get a memory kit that features a superb design, with slick-looking heatsinks.

Having two memory sticks means running your memory in dual-channel mode by default, which we always recommend. And the best thing about this memory kit is its price. At this price, you’ll hardly find a two-stick kit this fast and with timings this tight. A 16GB kit would be much better, of course, but since we’re restrained to $500 8GB is all you can get. If you have some extra cash in the future, you can always get another exact kit and upgrade to 16 gigabytes.

A $500 budget means a small SSD but this 256GB Silicon Power drive should be good enough for the start. You can install the operating system, fill the drive with your go-to multiplayer titles, and then fit a couple of single-player games. Once you get some money get a cheap 1TB hard drive and solve the storage issue. The SSD in question is very affordable and offers decent performance for the money. Bigger brands are more reliable but they also sport noticeably higher prices. And no, getting an NVMe drive instead of this SATA-based one won’t net you much improvement, especially at this budget. 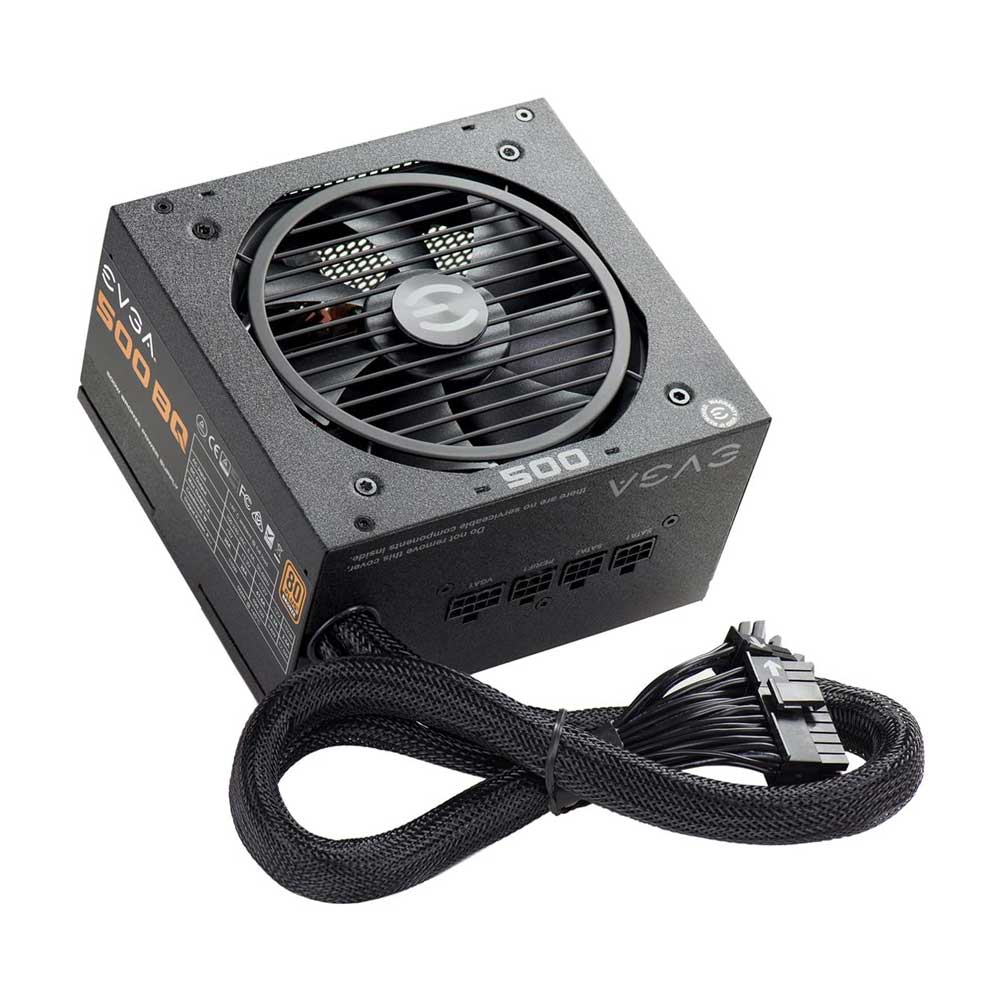 The EVGA BQ series is part of the company’s budget lineup that’s not great but also not terrible. You can expect pretty solid performance for a price that’s lower than what you’d have to pay for a no-name fishy-looking PSU that has a shorter warranty period.

With the 500W BQ PSU, you get a semi-modular PSU that should work as intended and that comes with a three-year warranty period. It would be great to find a fully modular PSU but, at this price point, a semi-modular power supply is all you can get. Now, 500 watts might look like too little for a gaming-oriented PC but this power supply will be more than enough for the 10100F combined with most GPUs you can buy right now. In other words, this power supply is a pretty solid choice for a budget CPU and GPU combo. If you want a PSU that’s more future-proof, you can spend about $15 more and get the 600W version of the same power supply. 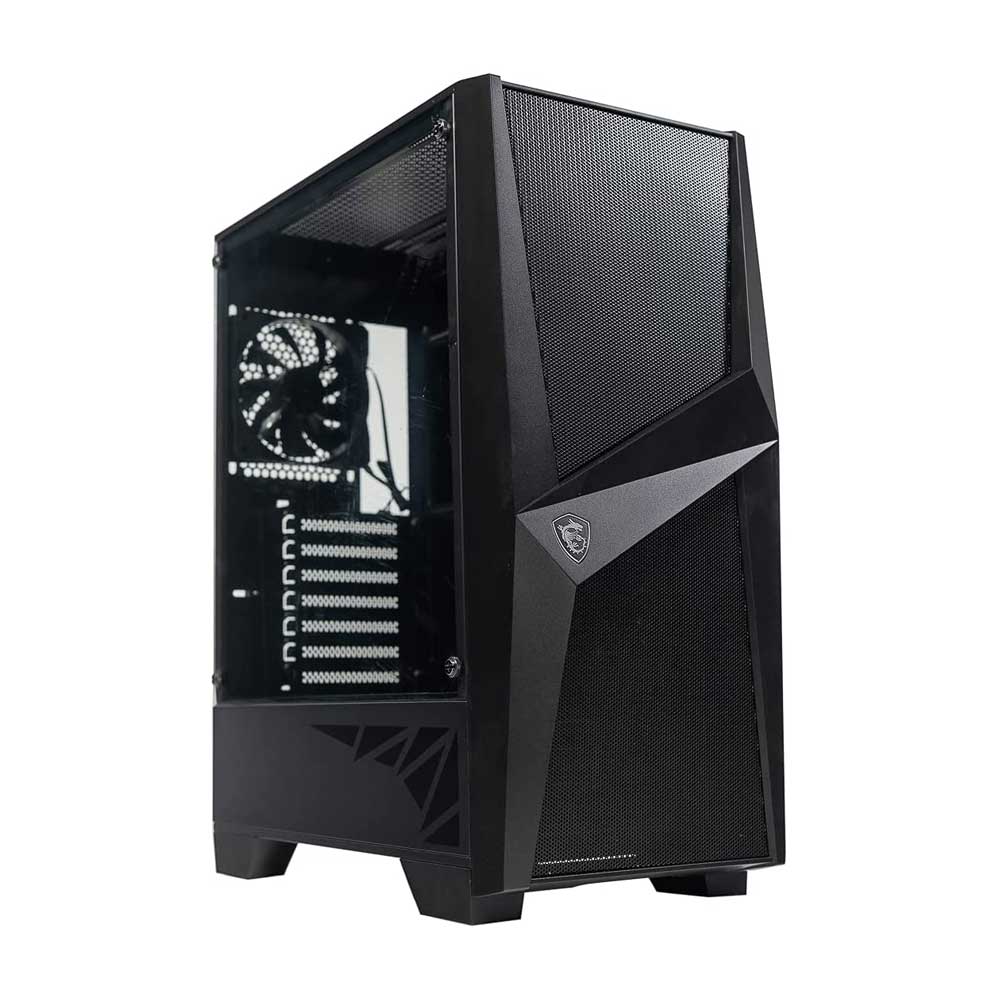 As for the case, we opted for a budget ATX case that looks great, has a tempered glass side panel, mesh front panel, and a preinstalled 120mm fan on the back. You can also install three 120mm fans – or two 140mm fans – on the front for even better airflow. The case also supports up to two 120mm or 140mm fans on the topside. Overall, pretty good for the price.

As for the AIO supports, you can fit up to a 240mm radiator on the front and topside, with the back only supporting 120mm radiators. The case has enough room for two 2.5” storage devices and two 3.5” storage drives inside a drive bay that’s compatible with 2.5” SSDs. Great storage support for such a cheap case.

You don’t have to worry about GPU clearance since the Forge 100M Lite can fit GPUs up to 330mm in length. And if you decide to upgrade the CPU down the line, you will be able to pair it with a tower that’s up to 160mm in length.

Overall, we like what MSI did with the design of the case. The mesh front panel is made of two parts and looks excellent and you also get unobstructed airflow on the top. The case has plenty of features along with solid cable management. The only thing we don’t like is the screw-mounted glass side panel that can be damaged in the process of removal.

And all that in an ATX form factor, which is great since most ultra-budget cases only support mATX motherboards and smaller. If you want alternatives, the Cooler Master MasterBox Q300L is another great choice, albeit pricier. The NR400, also from Cooler Master, is yet another excellent airflow case for users on a budget you can get instead of the MSI one. And if your budget surpasses $500, spend a bit more and get the Montech X3 Mesh that comes with three preinstalled RGB case fans.

And now, let’s talk about the elephant in the room. No, we didn’t include a GPU in this build, and we won’t include one in our other gaming builds. The market is still heavily volatile and who knows what could happen in a month or two. Maybe GPU prices finally start lowering to pre-crisis levels, and the market starts to recover. And maybe it gets even worse and our current recommendations become unobtainable by then.

Instead, we decided to list the GPU budget, which is the money left after purchasing other components. We will offer you a couple of potential picks and then leave you, our readers, to decide which GPU is the best buy for your budget and your particular needs. If you ask us which GPU to pick up right now for $130 the only choice is a used GTX 1060 3GB version.

3GB of VRAM is not enough for mining meaning this is a rare GPU not affected by the current mining craze. You can find used cards on eBay for about a price equal to the GPU budget. The only other pick we could recommend right now is the RX 570 4Gb version. But that one is very hard to find for around $130. At the moment getting a used GTX 1060 3GB is your best bet. But, to be honest, even before the GPU market went insane, RX 570 and GTX 1060 3GB cards were the two best purchases for people building sub $500 gaming PCs.

The card still is a capable 1080p performer. As long as you’re fine with playing AAA games at medium or medium/high settings, you’ll get performance hovering around 60fps. Just make sure to not use high-def textures. Esports titles, on the other hand, will work great. Many multiplayer games will run at three-digit framerates, even on 1440p resolution, which is great news if all you plan on playing are games such as CS: GO, Rainbow Six Siege, Valorant, or Fortnite.