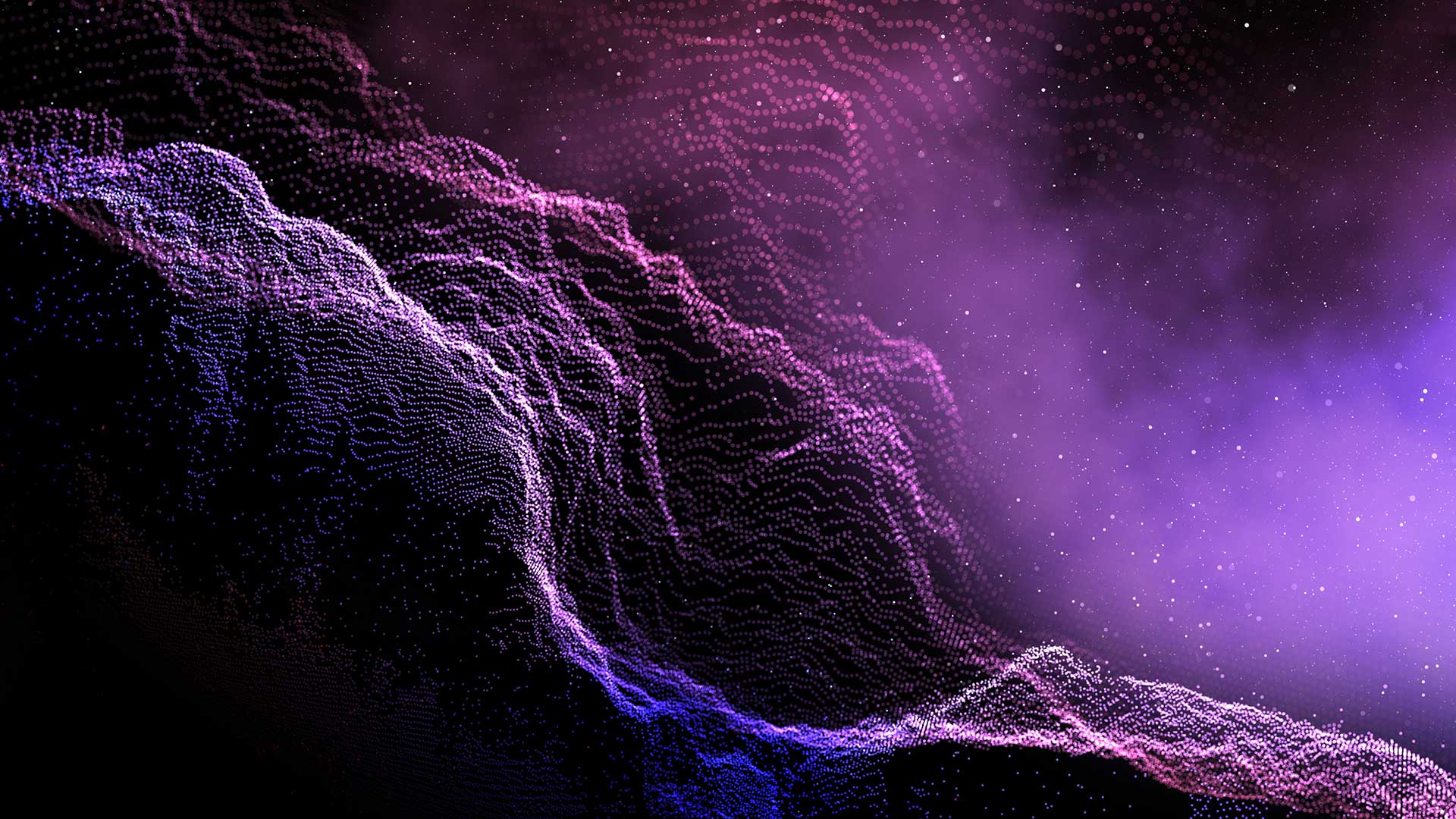 If you just bought a new graphics card and want to push it to its limits, you’ll need quality benchmarking software. Here are the best tools available right now!

If you just bought a new graphics card and want to push it to its limits, you’ll need quality benchmarking software to check just how much extra performance you can squeeze out of it. While there are many GPU benchmarks out there, not all of them are optimized for current-gen GPUs.

Also, testing stability and testing max performance aren’t the same. If you need a daily driver OC or maybe a stable undervolt, you’ll want to test for stability first, with performance coming out second. In other words, the definition of the best GPU benchmark is changing depending on your needs.

First of all, we have 3DMark benchmarks. They are the best choice for extreme overclockers since you have the whole online HOF list and all that. Those wanting to test stable OC should probably get Unigine Heaven, a GPU stress test like OCCT, or test stability by playing demanding games.

Below you’ll find the best GPU benchmarking software when it comes to performance and stability. Also, we’ve included a couple of important programs to use when overclocking your graphics card, such as MSI Afterburner, CPU-Z, and HWiNFO. Most of the software is free, but some 3DMark benchmark versions (those with extreme graphic settings) are only available in the premium version of the app. Let’s begin.

Let’s start with Superposition from Unigine. This is a free DX12 GPU benchmark capable of pushing any modern GPU to its limits. It’s great for comparing before and after performance differences since it’s a relatively short benchmark that’s free to use. It’s also quite demanding on hardware. Further, Superposition comes with an interactive demo with fully customizable visual settings. This is great for performance testing because you get to play a real-time demo with your own custom settings, much like testing performance in-games.

Superposition isn’t a great choice for stress testing the GPU since the free version doesn’t come with a stress test feature. When it comes to bragging rights Superposition is a solid benchmark but not as popular as some benchmarks from the 3DMark suite. Just don’t forget to perform at least three benchmark runs both before and after overclocking in order to get the most accurate results.

3DMark benchmarks have been the staple of the PC hardware benchmarking scene for more than two decades. The latest version of the GPU benchmarking software comes as a free and premium edition, with the former limited to regular versions of Firestrike and Time Spy benchmarks.

The latest 3DMark benchmark, available only in the premium version of the app. This is a hardcore ray tracing benchmark made to punish even the most powerful graphics cards we have today. This is a demanding GPU benchmark and the currently most popular 3DMark benchmark for extreme overclockers. It’s great for performance testing since it consists only of GPU-related tests.

If you want to make a dent in the OC community, land a place on the Port Royal Hall of Fame and you’re in. It’s not as good to check for real-life performance gains since Port Royal is extremely demanding and is based on an overall score rather than on average frames per second. You do get the FPS chart over time so you can make in-depth comparisons between benchmark runs.

The first DX12 benchmark is still pretty demanding even today. It’s not perfect for performance testing of the latest and greatest GPUs since we have Port Royal for that, and because the benchmark does have a CPU test. You do get a GPU score and the FPS chart so you can still make comparisons between runs.

It’s worth noting that the premium version of 3DMark also comes with a Time Spy stress test, which is a pretty solid way to stress test your overclocked GPU for crashes. Not great for stability since it’s not made for detecting errors and artifacts.

Firestrike is an old DX11 benchmark that can be found in the free version of 3DMark. Not great since it’s far from demanding for GPUs like the RX 6800XT or the RTX 3080, but a solid choice if all you want to do is to see whether your overclocked card is capable of finishing the test without crashing.

Unigine Heaven is an older DX11 GPU benchmark that’s still relatively demanding, at least when you turn all settings to the max. We like it because it’s free, it includes a stress test feature, and it’s great for before and after OC performance comparisons. That said, if you want a benchmark for bragging rights, get 3DMark instead.

Now, let’s talk about the best GPU benchmarks for stability testing. They are great to use after you manage to finish a run (or three) of Port Royal or Superposition to be sure your GPU runs as intended without errors. It’s recommended to run these benchmarks for about 15-20 minutes and if they end error-free, the overclock is quite likely stable enough for everyday use.

An old but still relevant GPU stress test that pushes any card to unrealistic loads to test for clock stability. Running Furmark is the next step after being able to finish a performance GPU test.

Aside from using it for stability testing, Furmark is also a solid choice for testing your GPU’s thermal performance as well as maximum power consumption. It’s free and extremely lightweight so there’s really no reason not to try it.

Quite similar to Furmark, the MSI Kombustor is another GPU stress test made to induce unrealistic loads onto the GPU to test whether the GPU and memory clocks are completely stable. It includes a built-in artifact scanner, making it a better choice than Furmark. Kombustor is great not just for performing stability testing and artifact testing but also for testing thermal performance and power consumption.

While not as popular as the other two apps, OCCT is our favorite GPU stability benchmark. The free version comes with all kinds of stability tests and is a worthy alternative not only to Furmark but also memtest64 and Prime95. It includes CPU, memory, video memory, GPU, even PSU tests. We recommend getting it if you plan to overclock your graphics card since OCCT includes excellent video memory tests that can help you find out whether the GPU itself or the memory is to blame for an unstable overclock.

Last but not least, if you want to test for stability, just play a demanding game on max settings. Games such as Cyberpunk 2077, Assassin’s Creed Valhalla, Metro Exodus, or Forza Horizon 4 are great for benchmarking an overclocked GPU because games, in general, are very sensitive to unstable clocks. Also, video games put the entire system under stress, not only the GPU.

Finally, gaming loads are realistic and something you’ll do on a daily basis. Unlike Furmark and other stress tests that push your GPU further than in any rendering software or video game.

Other handy tools for GPU overclocking

Now, before you overclock your graphics card, you should get a few handy tools that make the process much simpler. Here are our favorites:

MSI Afterburner is the definite and simplest way to overclock your GPU. It allows for a single click overclock for both GPU core and memory with practically zero risks. Also, great in combination with HWiNFO and RTSS for displaying detailed system stats while gaming.

GPU-Z is the best GPU monitoring software. Get it if you want extremely detailed info regarding thermals, fans, power consumption, core voltage, core and memory frequency monitoring in real-time, etc.

HWiNFO is our favorite all-around monitoring software. It’s extremely detailed and includes a ton of options. On the flip-side, the UI is a bit overwhelming at first but after you get used to it and tweak it to your liking, you won’t find a better monitoring app.

Coupled with MSI Afterburner and RTSS it allows for real-time monitoring of virtually every thermal sensor inside your system as well as monitoring performance of most components in your PC including something like the temperature of your M.2 SSD or memory.

RTSS is a free app that offers the best in-game OSD solution, which you’ll want when testing your overclocked graphics card while gaming. In order to show actual info about different components, you’ll also need MSI Afterburner (GPU details) and HWiNFO (everything else). As an added bonus, RTSS is also an excellent tool for framerate limiting, which can be handy if you’re running a FreeSync or G-Sync gaming monitor.