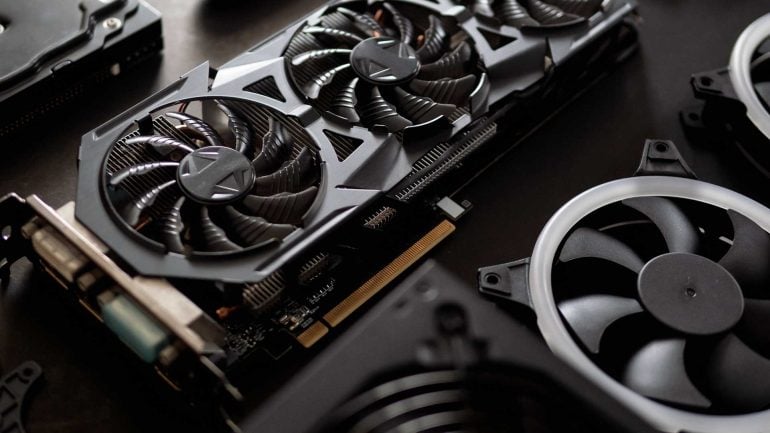 Best GPU coolers for air, AIO, and liquid setups in 2023

Find out which graphics card cooler is the best fit for your needs. Air vs. AIO vs. Liquid - we cover it all!

The GPU cooler market isn’t as popular as the CPU cooler market. The reason is obvious. Every graphics card comes with a custom cooling system that does its job fine in most cases. But those who want an aftermarket GPU cooler can get one. There are more than a couple of quality choices out there in the cooling market.

Today, we picked the six best GPU coolers on the market. We have two classic air setups that come as a whole package. There’s one liquid AIO cooler made specifically for graphics cards. We have two combo solutions (one air and one water-based) that should provide excellent results. And finally, we have one passive cooler.

If you’re interested in GPU coolers, you probably also want to check out our GPU hierarchy tier list and see which GPUs are the most powerful at the moment. Next, we have guides for the best GPU braces and the best external GPU enclosures. 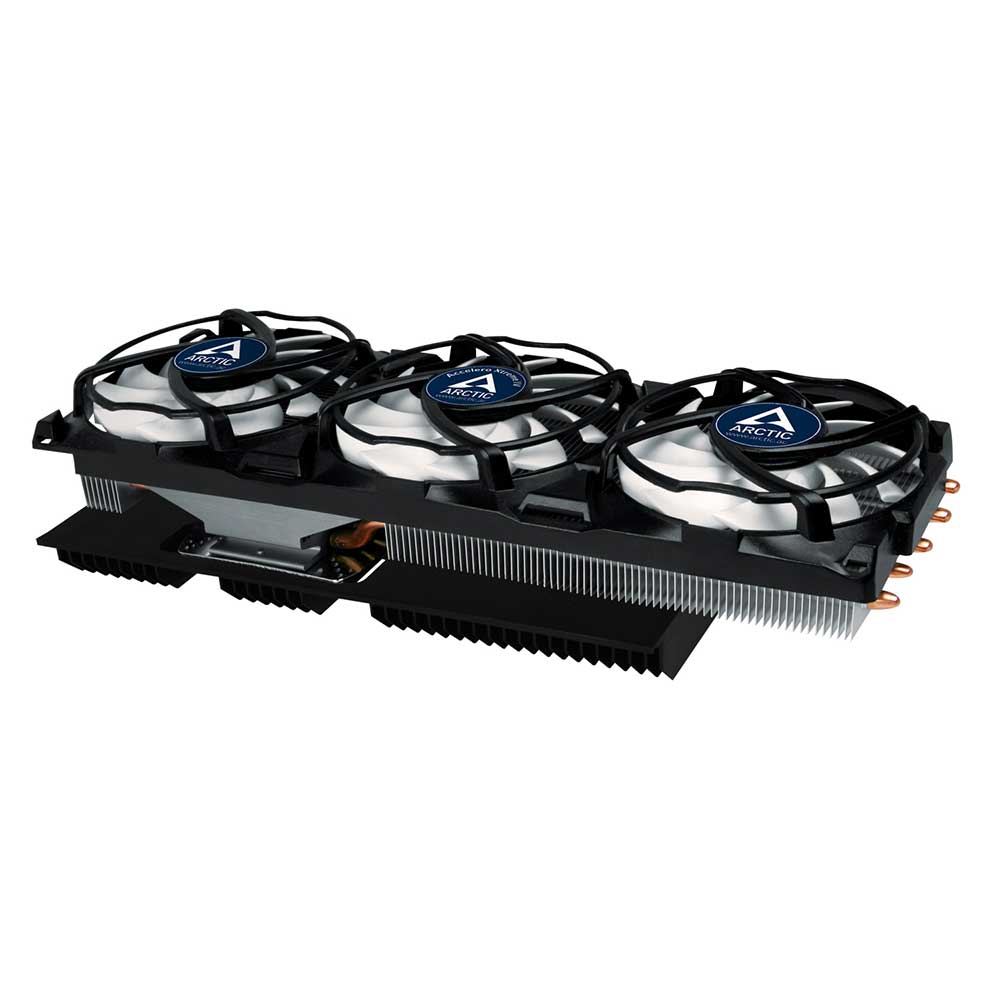 If you want the best overall air GPU cooler, the Accelero Xtreme IV from Arctic is the way to go. This thing’s huge, so before you decide to get it, make sure you have enough space in your case for it. Also, this cooler is rather expensive. You better have a pretty good reason to get one.

When it comes to performance, the Accelero Xtreme IV is very capable. Compared to the stock cooler found on the GTX 1080Ti Founders Edition card, the aftermarket cooler lowered temps by almost 30 degrees Celsius.

Even when running the stock cooler at 100 percent, the Accelero Xtreme IV achieved noticeably better performance. That’s an incredible result and the best recommendation for this cooler you can get. And it isn’t noisy, too. It’s much quieter than the card’s stock cooler.

Downsides include a high price, which we already mentioned. But the biggest hitch is the installation process, which is fairly complicated. You have to know what you’re doing. Numerous blunders could happen while setting up the Xtreme IV.

Don’t forget that you cannot install this cooler on low-profile cards as well as on those that feature elongated PCB. For the list of supported cards and other details, visit the specs page. 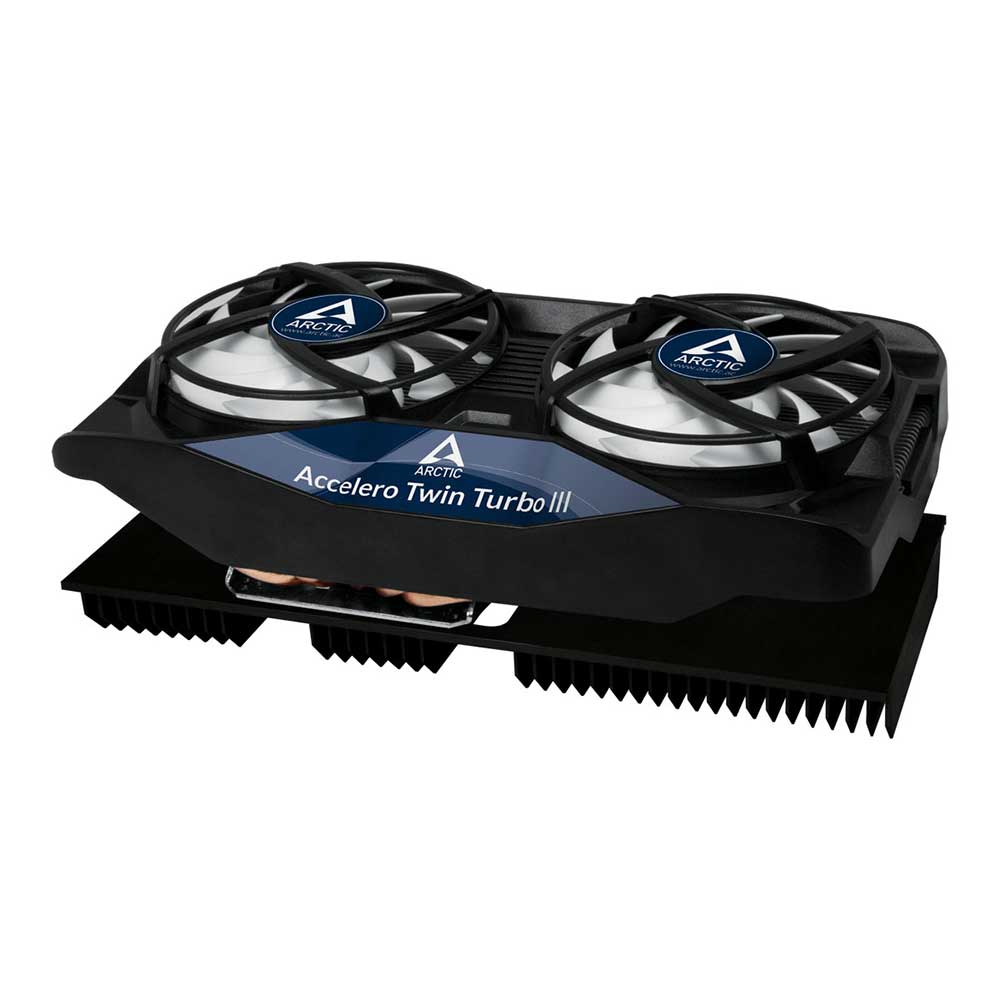 The two-fan version of the Accelero aftermarket cooler is another excellent GPU cooler. It’s definitely one of the best GPU coolers out there. This model has a simplified installation process compared to the extreme version.

It supports the same graphic card models. It also only supports cards with standard size PCB. Again, there’s no support for low profile and cards with extended PCB design.

The performance is excellent. Under max load, the cooler achieves more than 20 percent lower temperatures. It also keeps the noise pretty low. This is another excellent aftermarket GPU cooler that will keep your card cool and quiet.

It’s a bit cheaper than the Accelero Xtreme IV, and it has a simpler installation. The performance is a tad worse. If we had to pick between the two, we would’ve chosen the Twin Turbo III, just for the fact that it’s much easier to install. 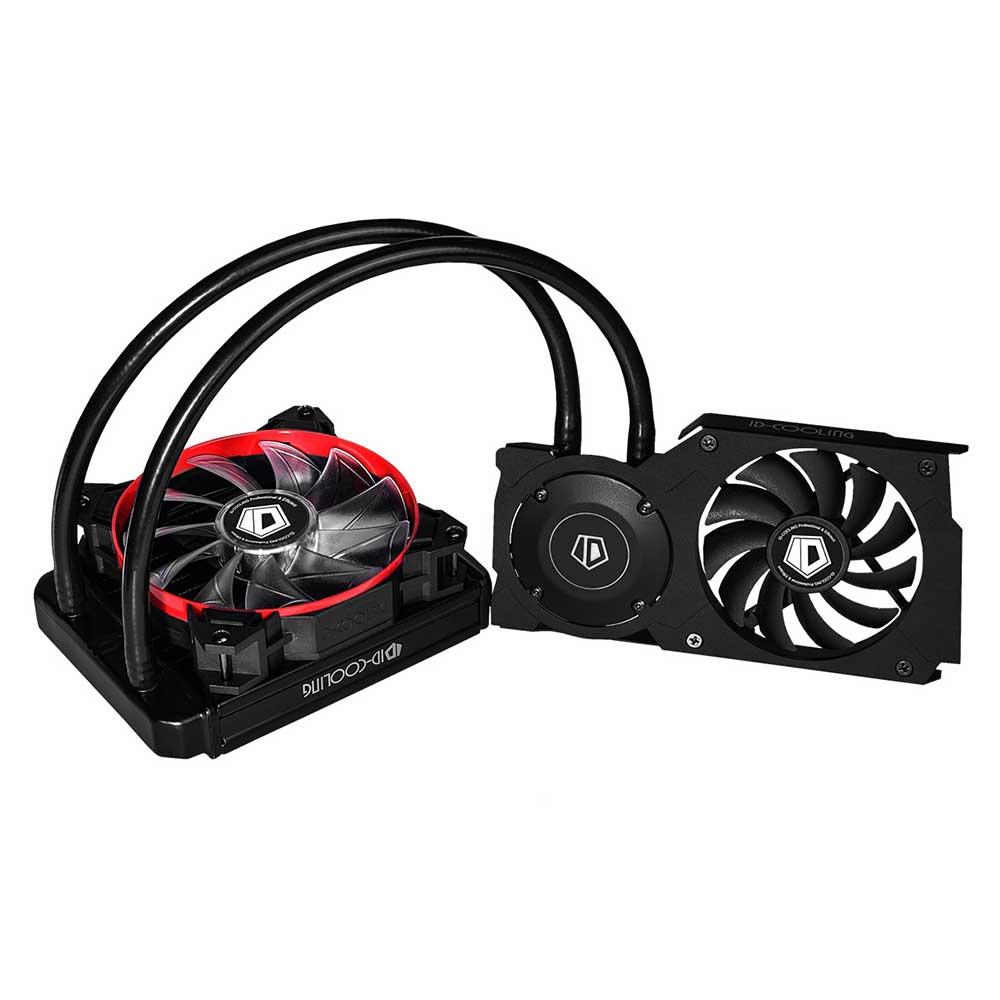 And, if we’re being honest, this is one of the best aftermarket GPU coolers, period. It’s more expensive than both Arctic Accelero models. But it is a proper AIO water cooling solution, and it has a simple installation process.

Once you install it and are ready to play some games, you should notice much lower working temps. Compared to the AMD RX 5700 default air cooling system, the Frostflow 120VGA slashed working temperatures by almost 30 percent.

Compared to a system made out of NZXT Kraken G12 and a supported AIO cooler, the Frostflow 120VGA offers decent performance and much easier installation. It’s also much more affordable. If you want an AIO cooler for your graphics card, we recommend this one. 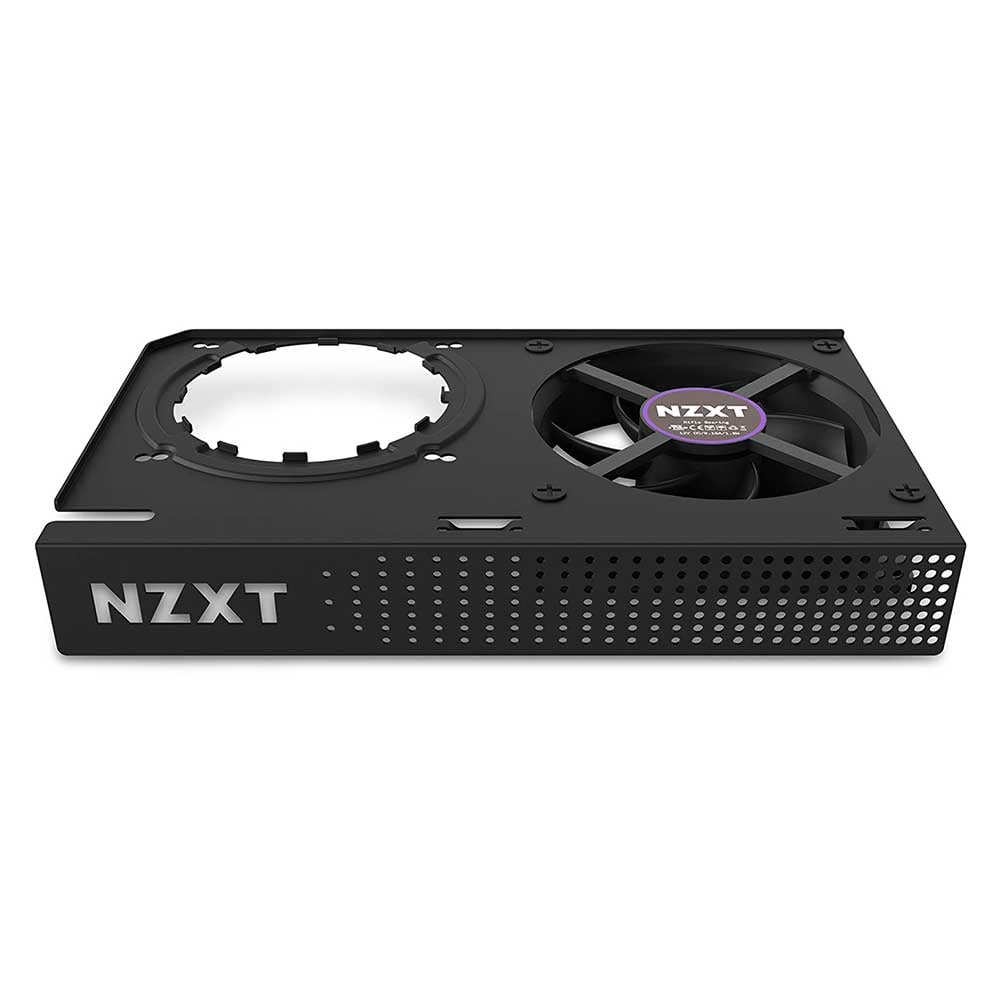 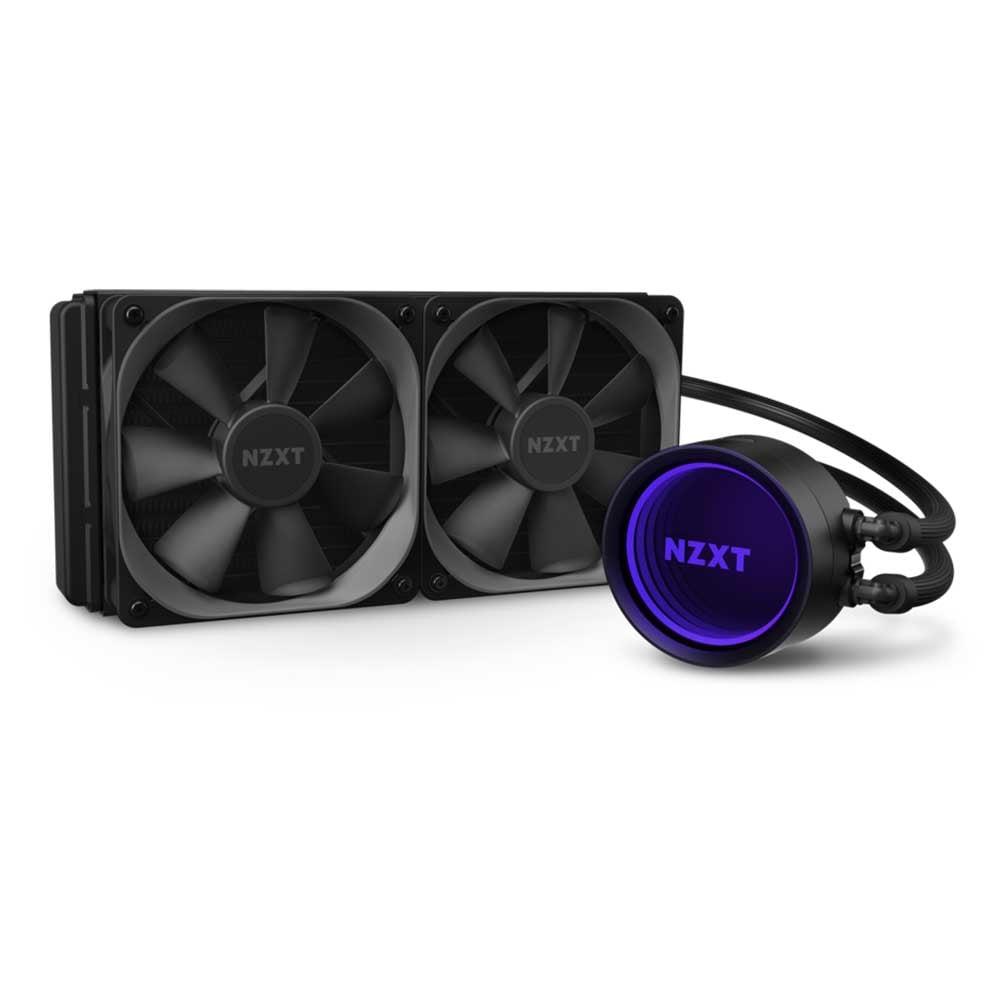 While the Frostflow 120VGA is an excellent AIO GPU cooler, it comes with “only” 120mm radiator. If you want something beefier, there’s a way to do it. But it’s expensive and complicated to install.

The Kraken G12 from NZXT is a mounting bracket for AIO coolers that goes on your graphics card. You then connect an AIO to the G12 and, voila, you have an AIO cooling system for your GPU. The G12 supports a lot of AIO cooler models from multiple manufacturers. 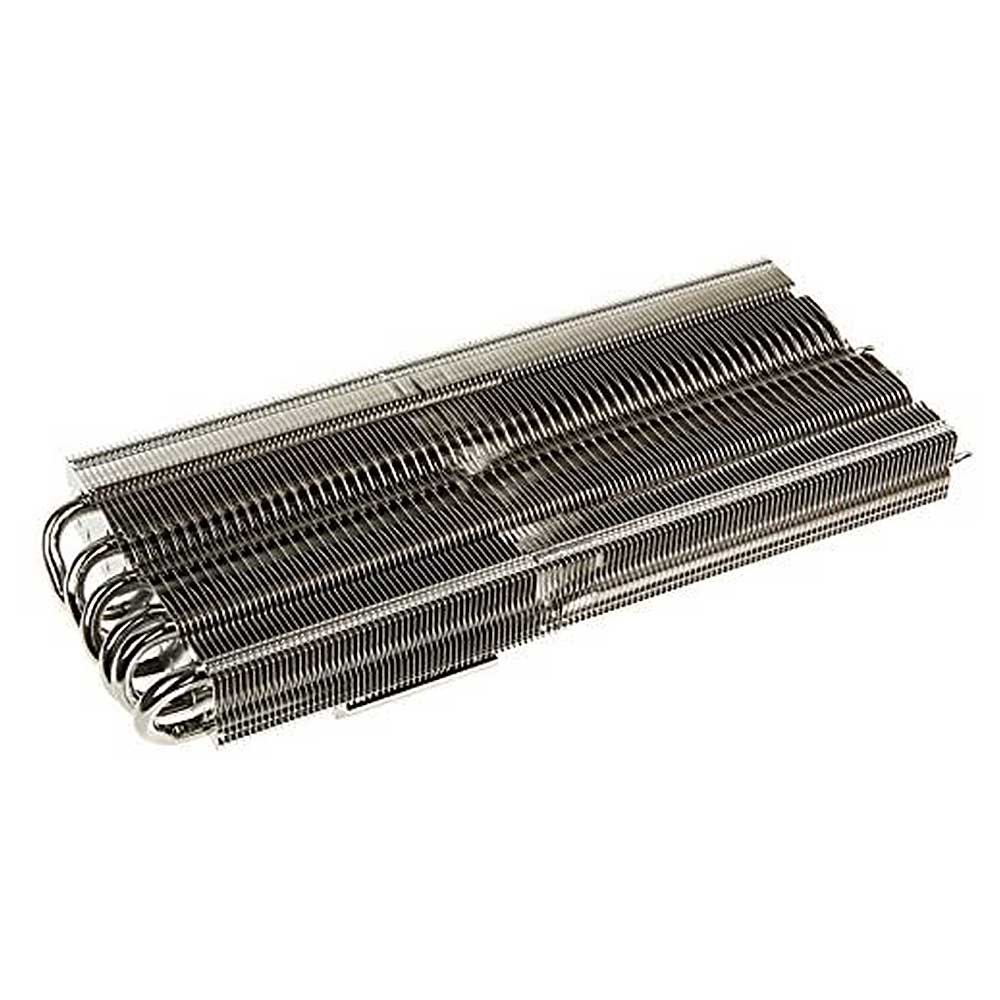 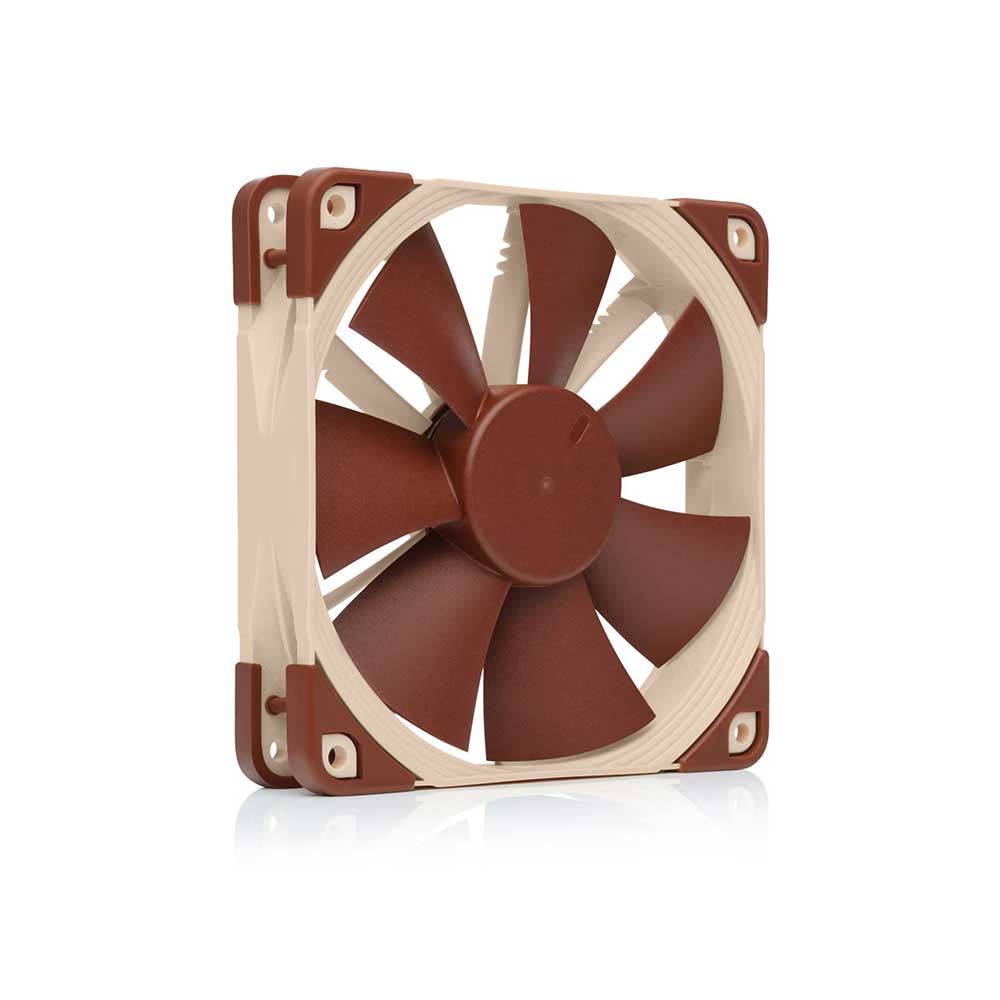 If you have the time and knowledge, getting something like the Raijintek Morpheus II may be a better option. This is a giant heatsink for graphics cards that turns into a monstrous air cooler when equipped with two 120mm case fans.

The installation process for this chunky piece of metal is extremely complicated. As we’ve already said, unless you have the time, knowledge, and experience dealing with aftermarket GPU coolers, do not try installing the Morpheus II by yourself.

If you decide to get one and manage through the installation process without getting your card fried, the performance will satisfy you. Get two Noctua NF-F12 PWM fans on top of the heat sink, and you’ll have a monster of a GPU cooler that looks and performs great. Just remember that this one isn’t compatible with a wide range of graphics cards. 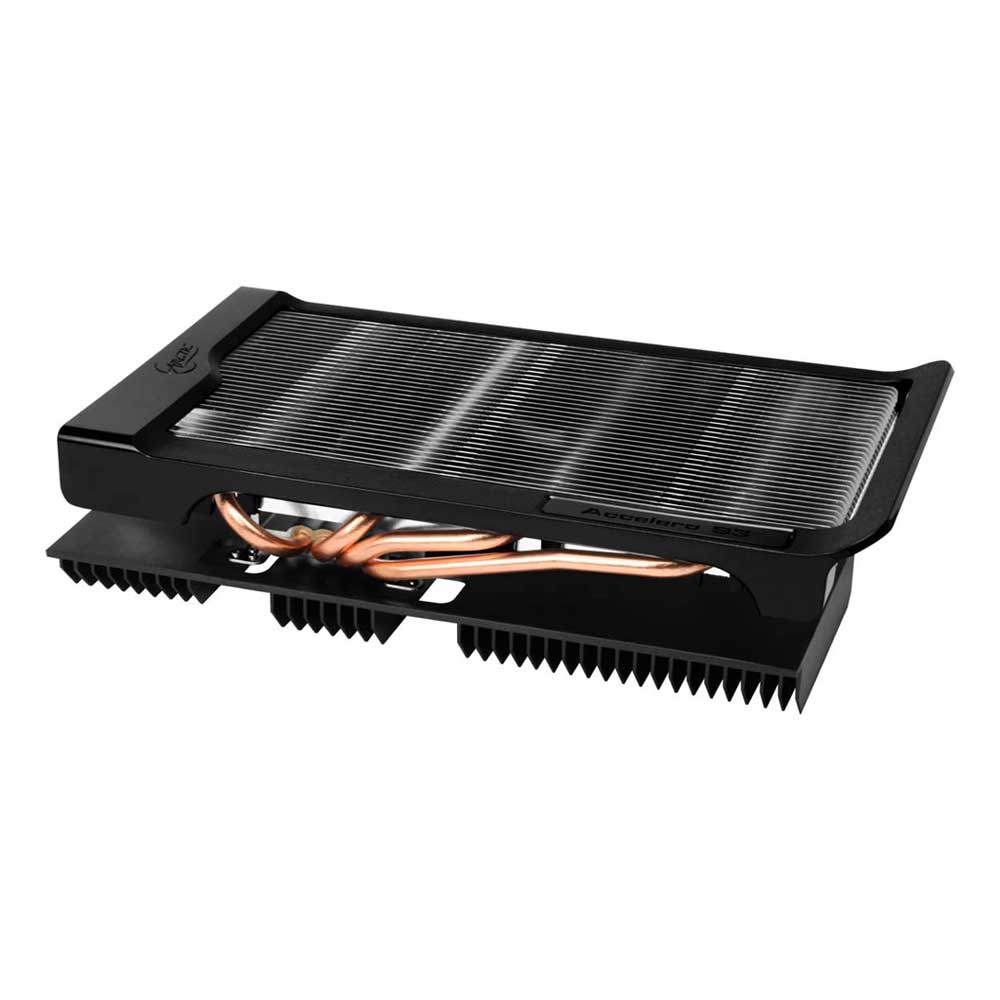 If you have a graphics card with TDP up to 135W and want it to be completely silent, get the Accelero S3 passive cooler. This is the best passive GPU cooler. Just remember that it’s limited to low-end and (some) mid-range models that don’t need too much power.

This model does come with a turbo module. The module should provide enough cooling performance for cards up to 200W TDP. But if that’s the case, we would rather get the Accelero Twin Turbo III.

Anyway, once you install it – and, again, the installation process is quite complicated – this passive cooler should achieve acceptable temperatures under load. Your card will be hotter compared with the default cooler performance, but at least it won’t emit any noise.

As is the case with other Arctic aftermarket coolers, the Accelero S3 works only with cards that have PCBs with standard length and width. Low profile and cards with elongated PCBs are not compatible with it.

Why replace your GPU’s default cooler?

Aside from building a custom water-cooling loop and slapping a nice water-cooling block to the GPU, replacing the default cooler on your graphics card doesn’t make much sense. They’re usually designed to provide more than enough performance for the specific GPU model they’ve made for. After all, we’ve said, replacing your stock GPU cooler doesn’t make much sense, right?

Well, yes, it doesn’t make sense. Except in a few situations where you actually can get better performance by replacing the default cooling system. For instance, if the cooler on your graphics card dies, you’ll want to replace it in case you want to continue using the said graphics card.

In case you’ve end up buying a used GPU with a less than ideal cooling solution that became even worse from continued usage without regular maintenance, a custom cooler might decrease temps. Maybe you want a liquid cooling system for your graphics card but don’t want to spend time and money on building a custom loop, so you opt for an AIO solution?

Finally, in case you want to overclock your GPU to its limits and have the money and knowledge, buying an aftermarket cooler might allow you to drain a few additional bits of performance out of it. These are all justified reasons to replace the default graphics card cooler, and we understand why you’d want to do that.

But remember that, in many situations, a new GPU cooler isn’t needed. Mounting a custom cooler on your graphics card is a much more complicated process than slapping a cooler (air or AIO) on your processor. Also, aftermarket GPU coolers can be quite expensive, especially if you look at AIO solutions.

In most scenarios, it’s much better, cheaper, and less complicated to simply replace the thermal paste on the GPU. That can lower temperatures and rejuvenate your graphics card. At least when it comes to thermals.

You could also improve airflow inside your case. The best way to do that is to simply buy a new case. We have a list of the best airflow PC cases if you need a recommendation or two. You could also install additional case fans. Our guides for the best 140mm case fans and the best RGB case fans include a lot of quality options that can improve airflow enough for the GPU to cool down at least a couple of degrees.