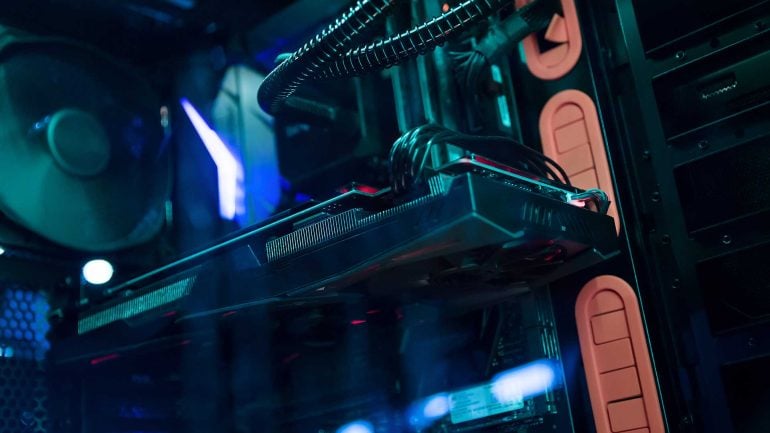 If you’re looking to build a powerful rig with the Ryzen 5 5600X, here are some of the best graphics card choices out there.

The new Zen 3 CPUs are out and among them, the Ryzen 5 5600X looks like the best base for a gaming-centric build. This CPU is the cheapest Zen 3 processor you can get right now and one of the fastest gaming CPUs available at the moment. Six cores, twelve threads, superb single-core performance, and high boost clocks are great for current and future AAA titles. Now, if you have some other CPU and are looking for a GPU to go with it check out our graphics cards section, it has a ton of informative GPU buying guides.

Now, a CPU this powerful requires a graphics card powerful enough to follow it. But which graphics card is the best for the 5600X? Well, below you can find an assortment of current GPUs that are, depending on the use case, the best graphics cards for Ryzen 5 5600X. We have great bang for the buck choices, high-end cards, as well as two budget choices for people who are ready to wait for the NVidia and AMD to stabilize their RTX 3000 and RX 6000 stock. 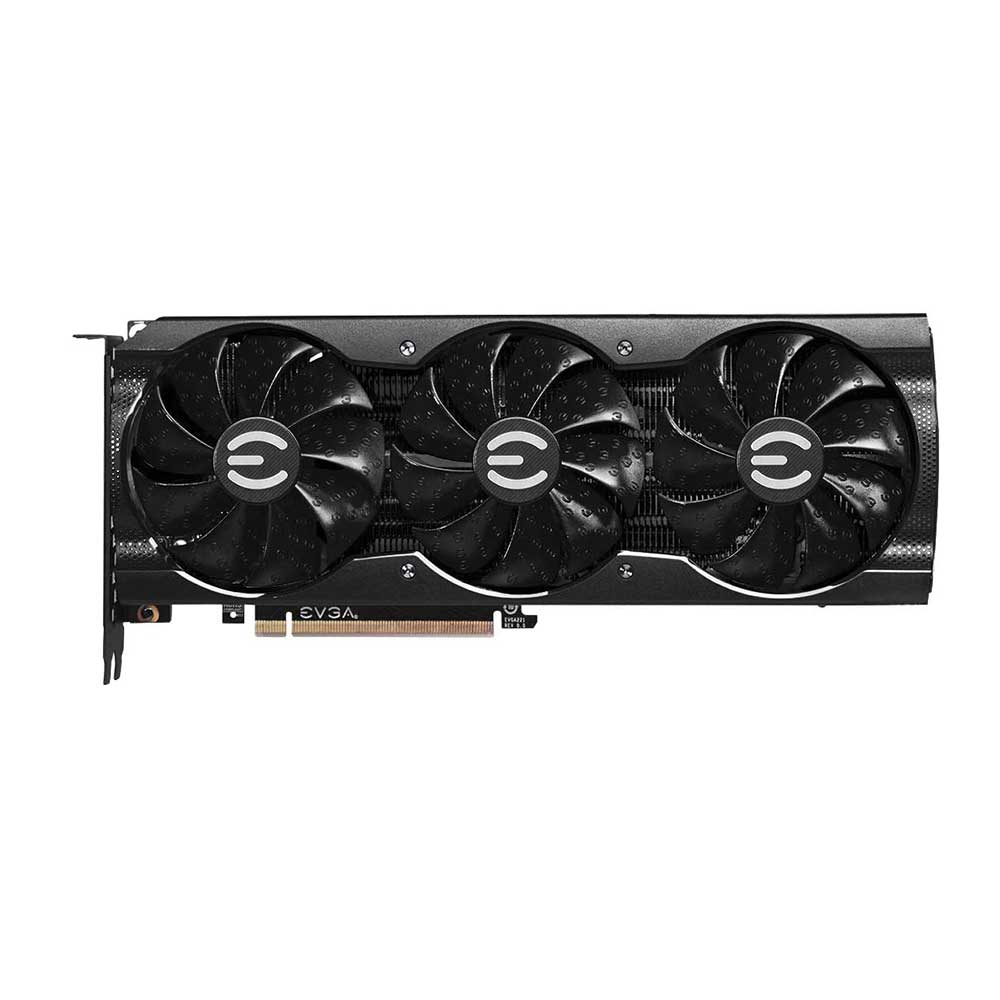 We reckon that most people building a 5600X-based gaming PC plan to play games on a 1440p monitor and probably don’t want to spend a small fortune on a graphics card. If you want great 1440p performance get the RTX 3070. This is one of the best graphics cards for the 5600X if we’re looking at the price-to-performance ratio.

It’s perfect for 1440p high refresh rate gaming if you’re ready to make some sacrifices. Either you’ll play the most demanding AAA titles at double-digit frames on max details or you’ll lower some visual options to achieve 100 frames or higher performance.

On the other hand, esports and multiplayer games should work at 100 frames or more even with ultra settings enabled. If you want a gaming monitor capable of following RTX 3070 performance in esports titles we recommend visiting our guide for the best 1440p 240Hz gaming monitors.

For gamers who like eye candy such as ray tracing effects, those who use their video card for streaming (NVidia’s streaming tech is far ahead of AMD’s), and those who need features such as DLSS (an excellent way to get playable framerates at high resolutions and with RTX effects enabled) and NVidia RTX Voice the RTX 3070 is an excellent choice. Do note that the RTX 3070 has only eight gigabytes of video memory, which already is too low for specific titles at 4K resolution.

Last but not least, if you want a graphics card equally capable of delivering great gaming but also great productivity performance, NVidia RTX 3000 lineup is the best choice. Nvidia RTX 3000 cards are way better for most productivity apps that can utilize GPU power. CUDA cores and better support for rendering apps make any RTX 3000 card a clear winner over its RX 6000 counterpart. 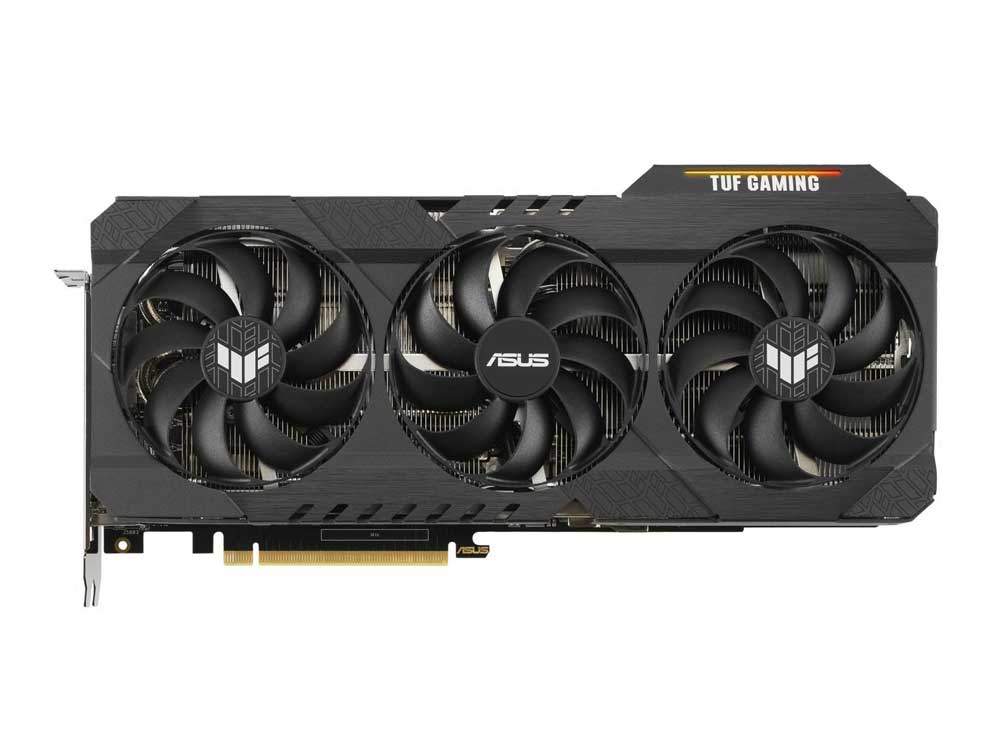 If you want the best gaming performance for a relatively sane amount of money, get the RTX 3080. The card’s perfect for 4K gaming without compromises. It also offers triple-digit performance in most AAA titles with max details at 1440p.

At the moment, the RTX 3080 is the best graphics card for 5600X for gamers who want to experience ray-tracing effects. 10GB of memory is enough for 4K gaming with textures on ultra and it should stay that way in the considerable future.

By the way, if you’re looking for a 4K gaming monitor we have a guide for the best 4K 144Hz monitors for gaming that you definitely should check out before making the purchase. 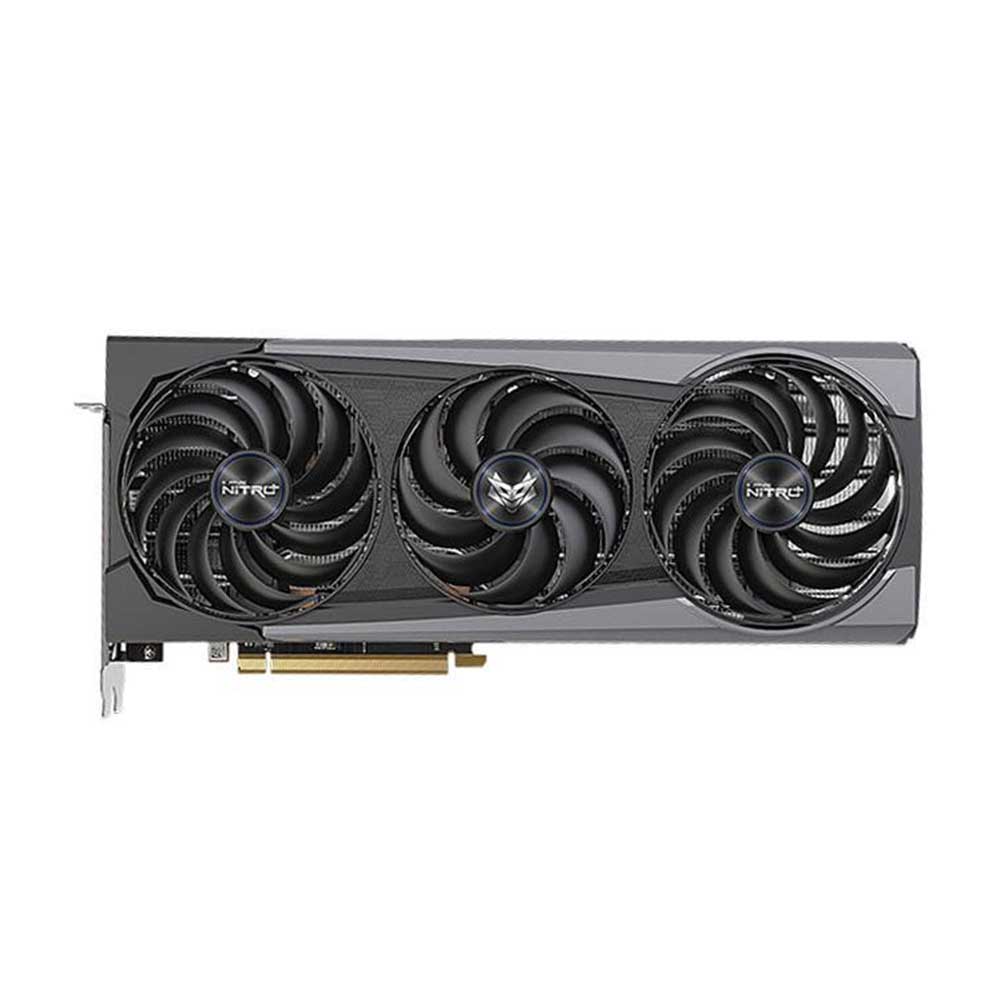 Users who want to game at 1440p and don’t care about ray tracing effects should pick the 6800 XT. The 6800 XT is slower in most current titles that use ray tracing than the RTX 3080 so it shouldn’t be your top choice if you care about RTX effects. But when it comes to rasterization performance the RX 6800 XT is slightly ahead.

Another reason to get the RX 6800 XT over the RTX 3080 is 16GB of memory found on the AMD card. The GDDR6X found on the 3080 is faster but the Infinity Cache greatly widens the max memory bandwidth of the GDDR6 memory featured on the RX 6800 XT. In the end, the difference in memory bandwidth isn’t an issue for AMD but only 10 gigabytes of memory could become an issue for RTX 3080 cards in the future. 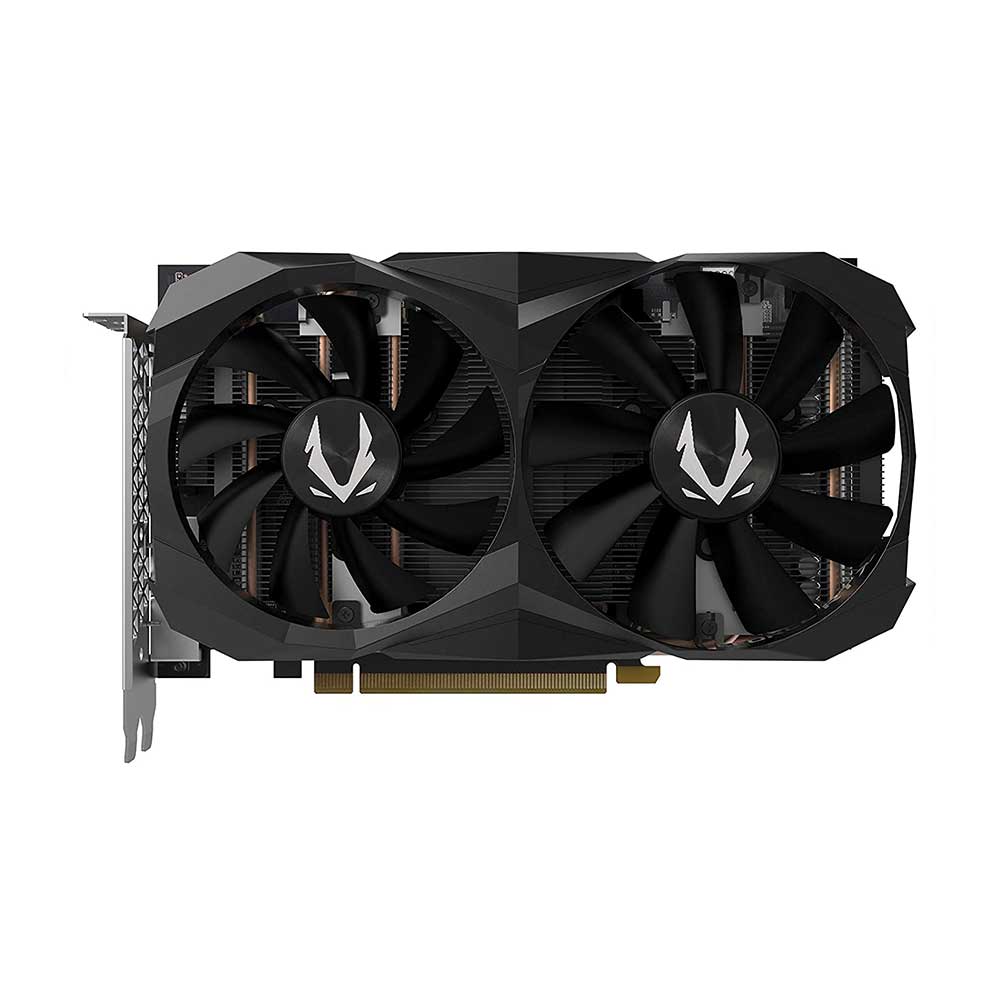 The RTX 2060 is still a pretty capable card and the best GPU for 5600X for 1080p gaming. While it’s part of Nvidia’s last-gen lineup it does offer enough performance for high refresh rate 1080p gaming. Most newer AAA games will run at double-digit frames but most older AAA titles and every esports game will easily surpass 100 frames per second.

The NVidia card has DLSS support, which can greatly increase its lifespan. It also supports other RTX tech, such as RTX Voice. 6 gigs of memory is good enough for 1080p resolution and, while DLSS isn’t great at 1080p it’s there and it can give you a slight to moderate performance boost in games that support it. 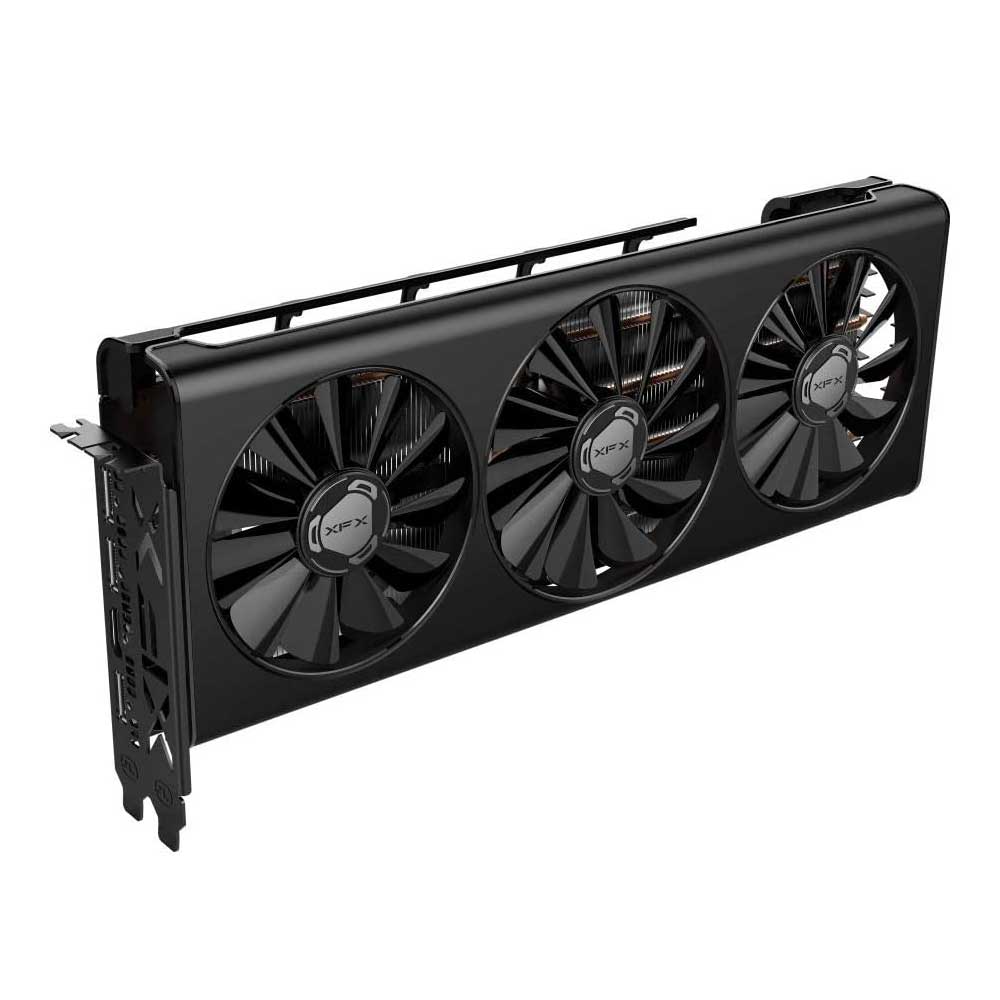 Those who don’t play esports titles and don’t need triple-digit framerates at 1440p but still want to experience games at stable 60 frames per second and with max details should look into getting the RX 5700 XT. This card’s perfect for 1440p resolution.

Also, if you don’t care about playing AAA higher than 60fps, the 5700XT can be a great budget choice for 1440p high refresh rate gaming. AMD FSR can look okay at 1440p when using ultra preset so you can use it to get a slight performance boost. 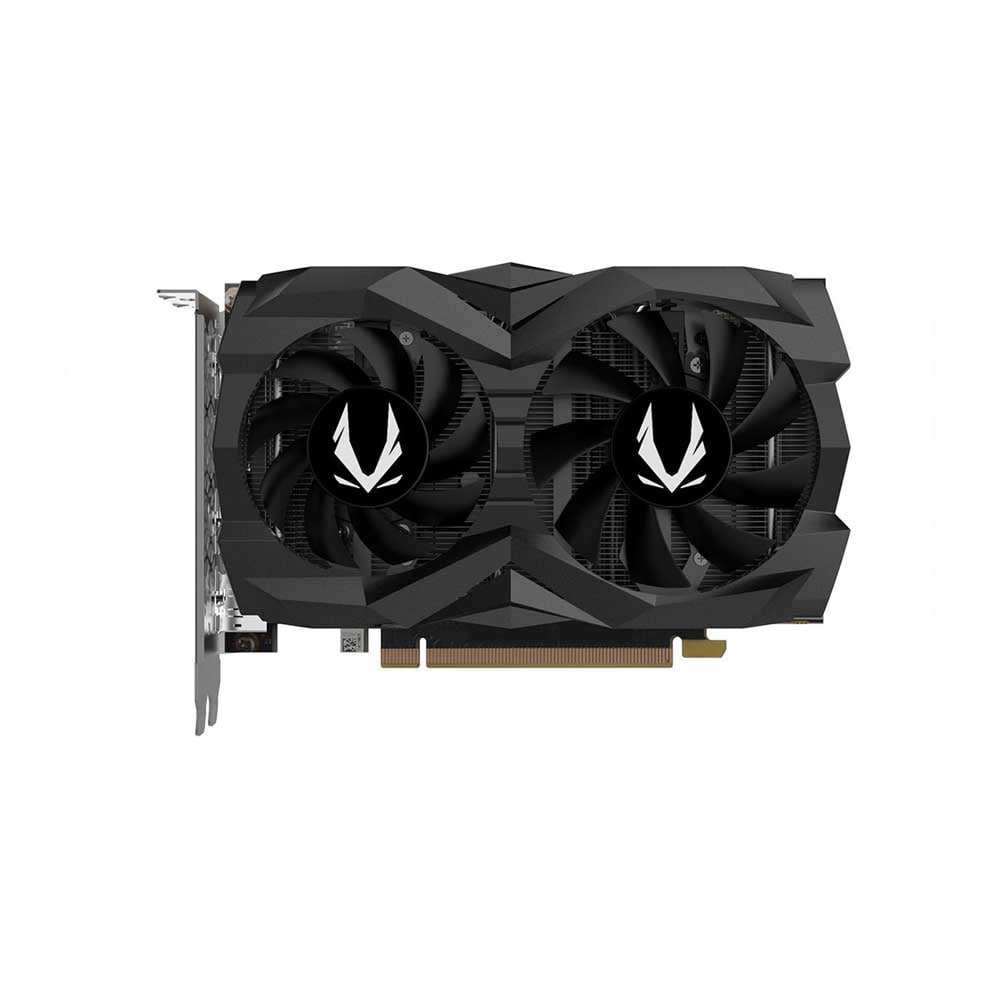 The card’s also relatively affordable and considering the situation with card shortages and delayed releases, we reckon you’ll be able to sell it for a good price once you finally get the permanent GPU upgrade.

If you’re only interested in esports titles the GTX 1660 Super is one of the best GPUs for the 5600X, period. Unless you’re gaming at 4K this card will run any esports game at triple-digit frame rates.