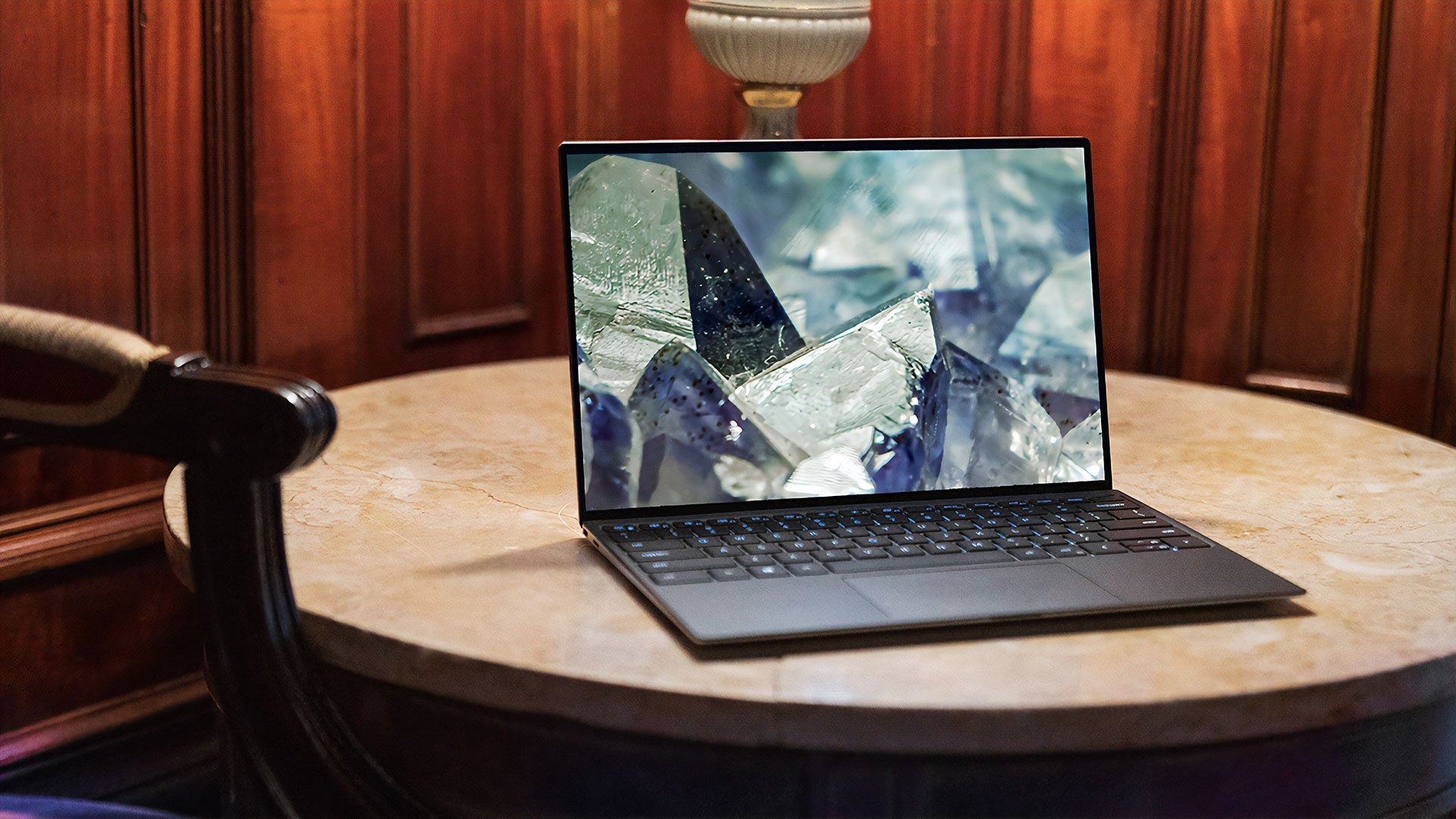 If you’re looking for an ultra-affordable laptop, you have to understand that, at this price point, compromise is the name of the game in this part of the laptop market. Ultra budget laptops have to sacrifice a lot to stay under the $300 price point, and the most common way to do it is to use last-gen screens. Displays are usually sub 1080p resolution, without punchy colors, impressive contrast, or high brightness.

Next, even the best laptops under $300 come with meek CPUs that are fine for basic tasks and content consumption. But open a dozen browser tabs or try multitasking, and they will break under the weight. 4 gigs of memory found on most $300 convertibles doesn’t help, either. With that said, if your expectations aren’t unrealistic, a decent portable PC for less than $300 is a reality. A machine with a serviceable build quality, a keyboard good enough for spending hours in Word each day, and a battery life long enough to last through an average workday. Scroll down, and you’ll find our picks for the best laptops under $300.

1. Dell Chromebook 11 (Refurbished): Best budget laptop under $300 you can get 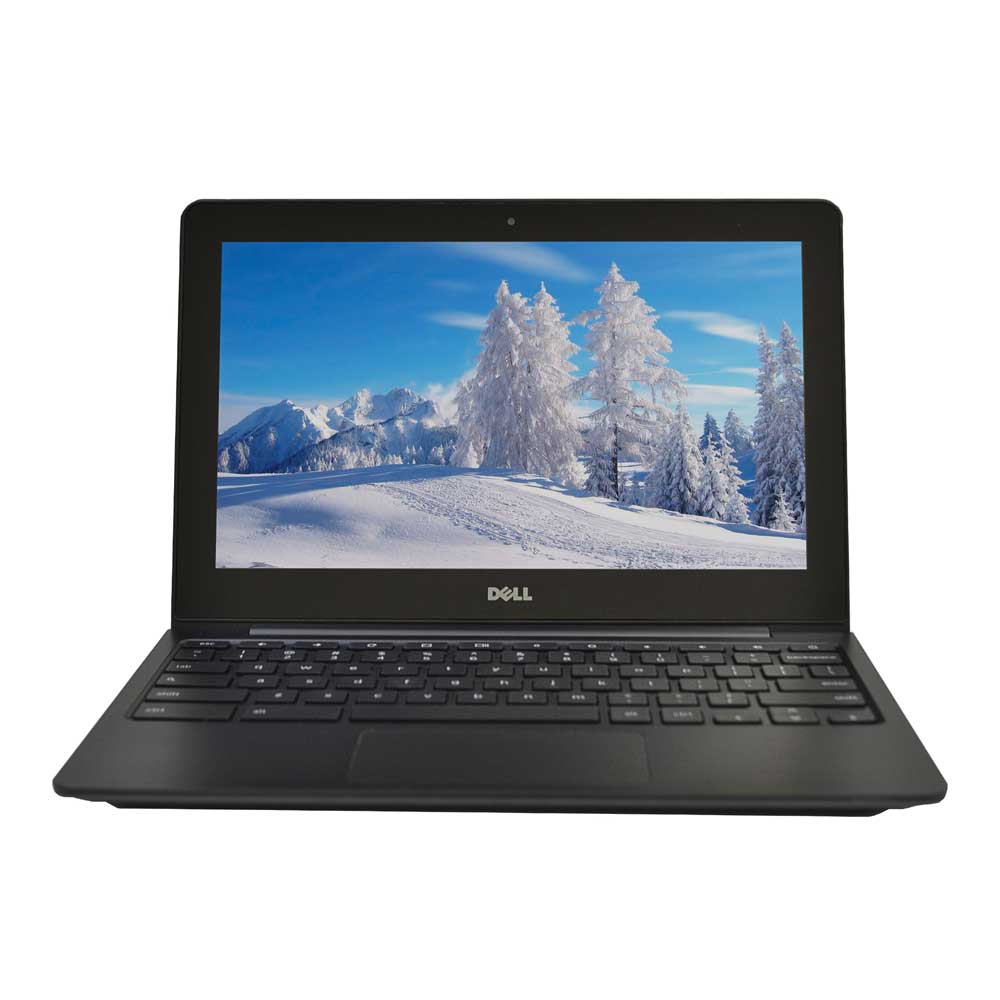 Chromebooks are cheap machines based on an operating system revolving around a web browser. They are perfect for lightweight users looking for a notebook they can use for media consumption, web browsing, social networking, some light workloads (word processing, excel work), and doing homework. And there are some ultra-cheap Chromebooks on the Amazon Renewed store that sells used and refurbished electronics.

The Dell Chromebook 11.6 is one of those ultra-cheap devices. It costs less than $100 while offering specs that should be good enough for basic usage. You have a dated dual-core CPU that should still be good enough for light work and media consumption, an 11.6-inch, 768p screen that won’t leave anyone impressed, and a surprisingly solid selection of ports.

The device features two USB ports (one is USB 3.0), an SD card reader, and a full-sized HDMI. If you’re looking for a 1080p Netflix machine that you can easily connect to a TV or monitor, this could be a solid choice. Other specs include 4 gigabytes of memory (standard at this price point) and only 16GB of SSD storage. Not great, but good enough for a web-based machine.

When it comes to Windows laptops, some models offer a lot for less than $300. And the ASUS L510 is one of the best laptops under $300 out there. The device features a large, 15.6-inch 1080p screen, but that’s about everything good about it. The display is dim, doesn’t have great colors, and isn’t suited for using the laptop outside. That said, even much pricier laptops don’t come with great screens.

The Celeron N4020 processor is good enough for undemanding tasks. Just don’t try to multitask, and you’ll be fine. Only 4GB of memory is probably the most significant limitation of this, and many other $300 devices. Lack of memory will limit the machine when opening too many tabs or working in Word while browsing the web.

Sadly, you can’t upgrade the memory since there are no free UDIMM slots on the mainboard. 128GB of flash storage is enough for basic needs but luckily, you can install an extra M.2 SSD since the device has one free M.2 slot on the board.

As for other specs, you have a pretty good build quality, about 8 hours of battery life, an excellent backlit keyboard (for this price point), and even a fingerprint reader. The L510 has two USB ports, one USB-C port, a full-sized HDMI, and a MicroSD card reader. Excellent connectivity for such a cheap device. And yeah, the webcam is basic, but trash-tier webcams are featured even on premium devices. 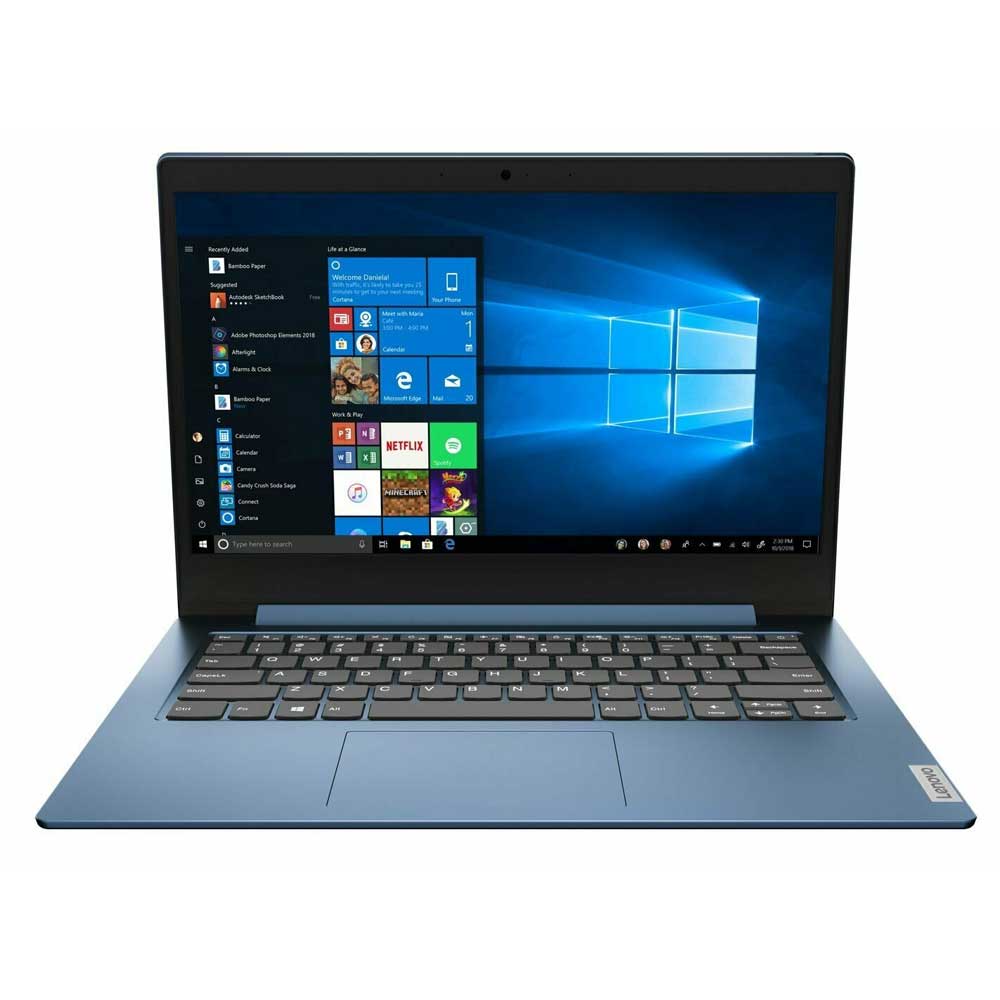 The IdeaPad 1 series from Lenovo is the company’s low-end lineup that offers basic, Windows 10-equipped devices that are good enough for web browsing, media consumption, and lightweight work. The latest IdeaPad 1 14 comes with a 14-inch 1366×768 display, a step below the L510.

The device also comes with the Celeron N4020 and 4GB of memory, but you only get 64GB of eMMC storage this time. And unlike on the ASUS machine, you cannot upgrade memory or storage. Not having an option to boost memory isn’t the end of the world, but we would’ve liked to see an M.2 slot since Windows takes more or less half of the 64GB of storage available on this laptop.

At least the build quality is on par with the ASUS, with the keyboard being a bit better. Connectivity-wise, you have two USB ports, one full-sized HDMI port, and a MicroSD card reader. Again, the L510 comes with a better selection of ports. Finally, you can expect 6-8 hours of battery life, depending on your workflow.

The Lenovo S330 is an excellent budget Chromebook model, perfect for basic tasks and light work. A 1080p screen is nice to see on a $300 device, but the higher resolution has washed-out colors and highly narrow viewing angles. On the other hand, it’s hard to find a 1080p screen at this price point, let alone one with great colors and high contrast.

The MediaTek MT8173C is a quad-core ARM processor that will do fine for basic work, some Netflix, and social networks. But that’s about it. 4GB of memory isn’t as limiting as Windows devices, but it’s not enough for serious multitasking. Writing in Google Docs and keeping multiple tabs opened in Chrome should work fine, though. 64GB of eMMC storage, again, isn’t as limiting as having 64GB of storage on a Windows machine since Chrome OS keeps everything on the cloud.

The PC is pretty chunky, allowing it to pack a large battery that should give you more than eight hours of battery life. We also have a great keyboard and a rather large trackpad for a budget device. Further, the build quality is a step above ultra-cheap Chromebook devices, and the modern design with slim bezels gives the impression of a much more expensive convertible.

You have one USB-A port, one USB-C, an SD card reader, and a full-sized HDMI port when it comes to connectivity. Not great, but far from being terrible. Overall, Lenovo did a great job with the S330. It packs everything you might need in a Chromebook while keeping the price low. Overall, this is the best Chromebook under $300 on the current market. 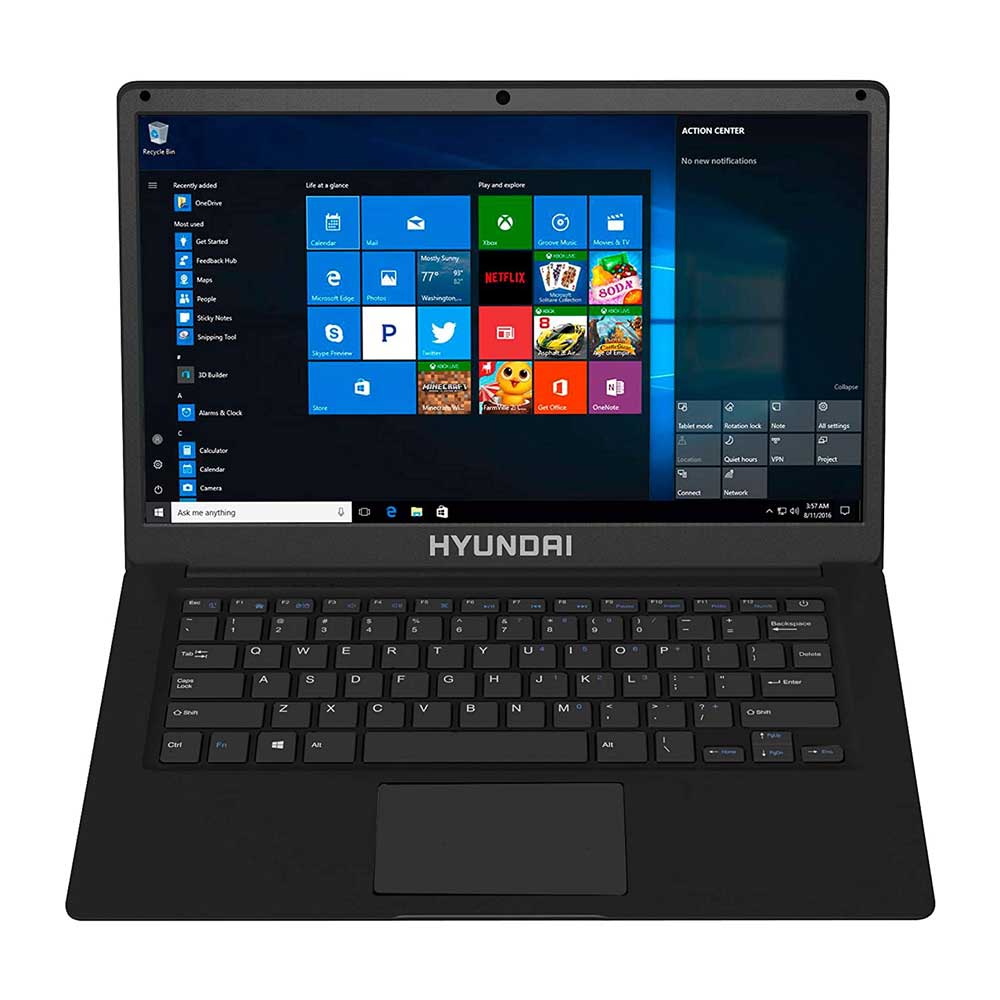 Now, you can find a ton of no-name laptops on Amazon from fishy Chinese brands boasting better specs than devices from large companies are packing. But, in most cases, these devices have atrocious build quality and even worse quality control. In other words, we cannot recommend any of those devices. However, we can recommend the HyBook from Hyundai, a Korean conglomerate that should offer better quality products than no-name Chinese brands.

The design of the HyBook is a bit dated, but that doesn’t matter much at this price point. The 768p screen is dim, doesn’t have punchy colors, and the contrast is awful. But, again, this is a regular thing to see on a $300 convertible. At least it’s an IPS screen, so viewing angles aren’t atrocious.

What matters here is the Celeron 4020 CPU paired with 128GB of SSD storage and 8GB of memory. That’s right; you get eight gigs of RAM here, which means better performance when working with a ton of tabs opened in the browser, as well as slightly better (but still relatively slow) multitasking performance. The laptop comes with a free 128GB MicroSD card, meaning you get 256GB of storage in total, double the amount on similarly priced machines.

Connectivity-wise, this laptop comes with three USB-A ports (one of which is USB 3.0), a LAN (RJ45) port, and a mini-HDMI port. The battery life isn’t that great, even when compared to similarly priced devices. You can expect up to six hours of battery life, about two hours less than on most other $300 notebooks.

Overall, the Hyundai HyBook is a pretty good 14-inch budget laptop. 8GB of memory in combination with 256GB of total storage and an IPS screen is a killer combo in the sub $300 market, and you won’t find the same amount of memory on big-brand devices unless you’re ready to shell out $400 or more. 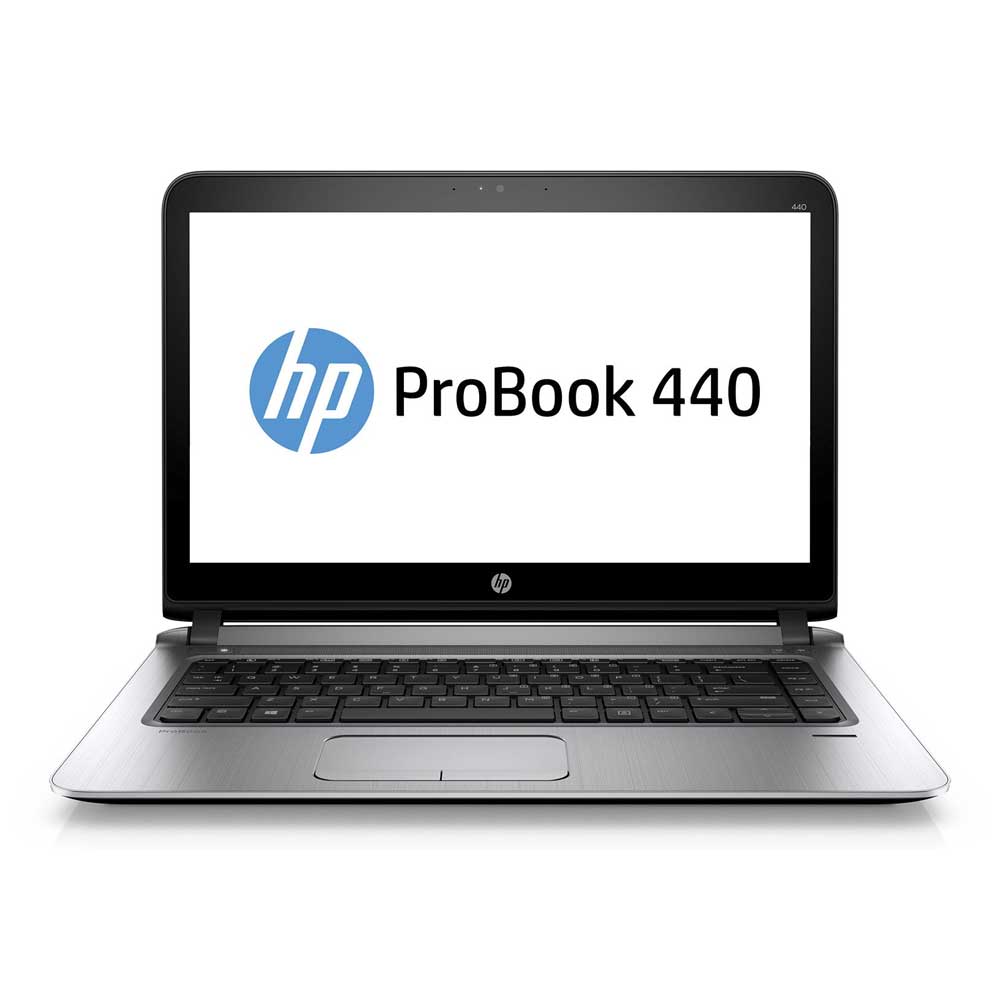 For the last two entries, we’ve picked two models available on the Amazon Renewed store. In other words, you’re looking at used and refurbished devices that work fine in most cases. As always, navigating the used market can get you some duds, but chances are, you will get a working device that looks decent.

We’ve picked the HP ProBook 440 G3 because it comes with solid hardware for the price. The CPU is the Core i5-6200u – more powerful than CPUs featured on other laptops on this list. That said, this isn’t a performance champion. You will be able to do basic multitasking (Word+Chrome along with a YouTube tab), but stuff like giant excel sheets will still push it over the limit.

Next, this device comes with eight gigabytes of memory, which is always great to see on a budget laptop. You also get 256GB of (relatively fast) SSD storage. Another spec that’s better than on any other convertible listed here. Ports include two USB 3.0, one USB 2.0, one LAN port, one full-sized HDMI, a VGA port, and an SD card reader.

Overall, you get everything except USB-C. The keyboard’s great on this model, while the touchpad is a bit dated, featuring two physical buttons. As for the battery life, you shouldn’t expect wonders since these are used devices. 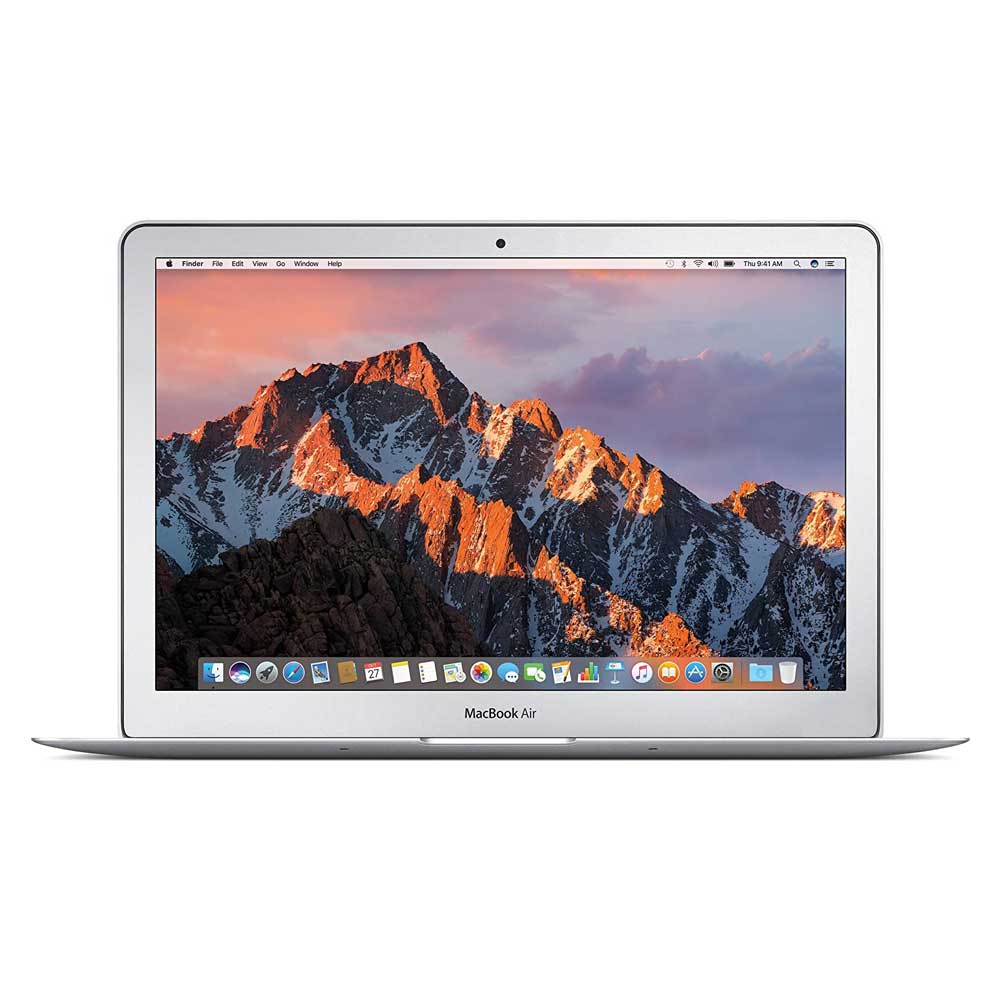 Last but not least, we have the best Apple laptop under $300, and yes, it’s a refurbished MacBook Air. For the price, you get a used MacBook Air that should be good enough for surfing, media consumption, and essential work in Word or Excel. The device rocks a Core i5 5250U CPU along with 4GB of memory and 128GB of SSD storage. Overall, not bad for $300.

While the design is dated (this is an older MacBook air that, while thin & light, has giant screen bezels), the specs are solid, and the 768p screen has better colors, brightness, and contrast than every single device found on this list. If you’re looking for an ultra-cheap Apple laptop and aren’t afraid of buying a used one, this looks like a great deal.

That said, there’s a chance your unit comes with defects. Also, do not expect great battery life since we’re talking about preowned laptops here, some of which were probably used for years and years.