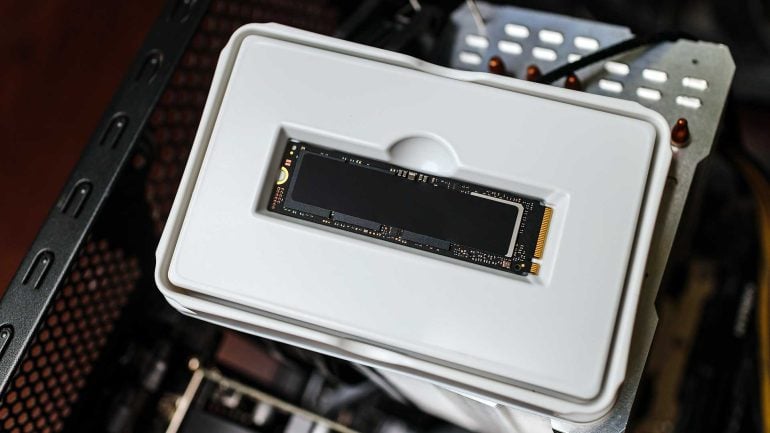 M.2 slots can be found on virtually any motherboard today, and M.2 SSDs pretty much took the market from the good old SATA SSDs. While there are some SATA-based M.2 drives, the majority of M.2 storage options utilize the NVMe standard, which comes with higher read and write speeds than SATA, as well as other optimizations that reduce latency. If you’re in the market for a new flash-based storage drive, these days the large majority of SSDs come in the M.2 form factor.

The list below features the best M.2 SSDs you can find on the market today. We have PCIe 3.0 and 4.0 models but also a couple of SATA-based drives for users who need affordable M.2 storage. And yes, we also have the best RGB M.2 SSD pick. You can’t have a best-of list without an RGB option.

While you’re here, you might also want to check out our lists of the best B550 motherboards and the best Z690 motherboards. Finally, if you’re still on the fence when it comes to buying an NVMe SSD, read our guide on whether an SSD is worth it. 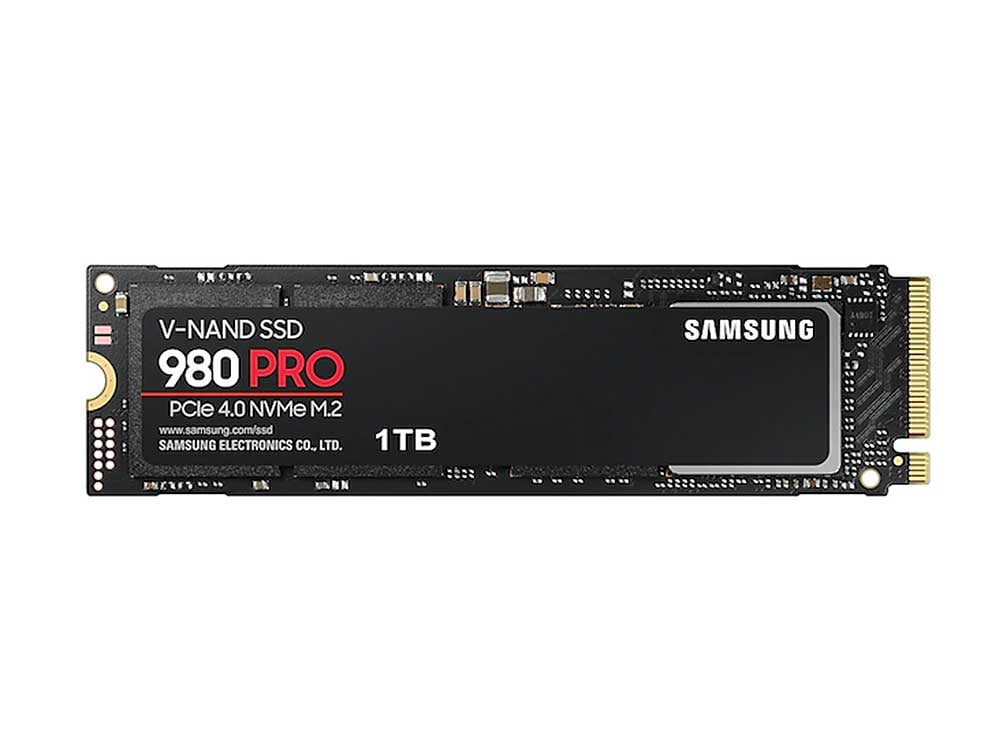 If you want the best M.2 SSD currently available, there’s only one choice. The Samsung 980 Pro comes with the fastest performance found on an NVMe PCIe 4.0 SSD, along with an impressive suite of extra features.

Reaching the PS5-like transfer speeds (7,000 MB/s read and 5,000 MB/s write) and coupled with technology such as the GPUDirect Storage from Nvidia, this SDD could offer impressive reductions when loading games.

But that’s not going to happen for a while, so, at the moment, you’ll only get a bit faster loading speeds in games and when loading the OS. As for the extra features, firstly, you get 256-bit AES encryption for keeping your data secure, and the Samsung Magician is one of the best apps for monitoring and benchmarking SSDs.

Finally, you get five years of warranty. The 980 Pro also includes a new type of SSD controller, and the drive comes with solid endurance thanks to using TLC memory blocks. The endurance could’ve been better, especially considering the high price, which is the biggest downside of this solid-state drive. Everything else, though, is top-notch. 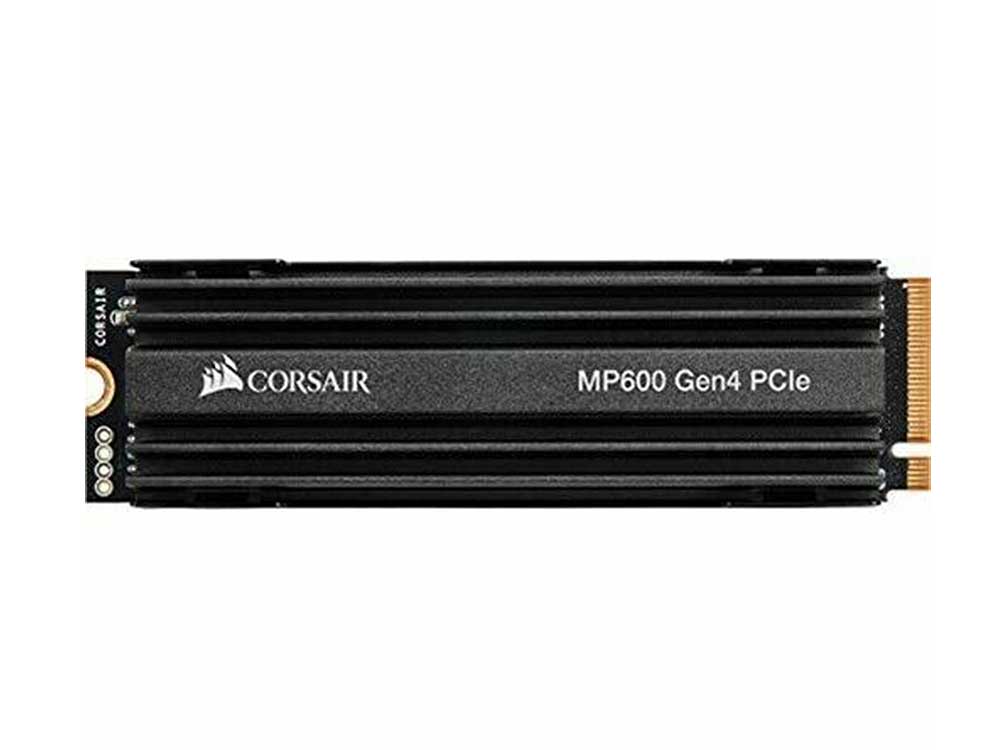 Users looking for a fast PCIe 4.0 SSD for gaming or professional work that isn’t as expensive as the top Samsung and Western Digital models should check out the Corsair Force MP600. This is our pick for the best value M.2 SSD based on the PCIe 4.0 standard.

It features a write speed of up to 4,250 MB/s and a read speed of up to 4,950MB/s, with real-life performance matching the advertised speeds. Almost as fast as the 980 Pro but also noticeably cheaper. Further, you get a solid heatsink with the MP600 along with the same five-year warranty period. 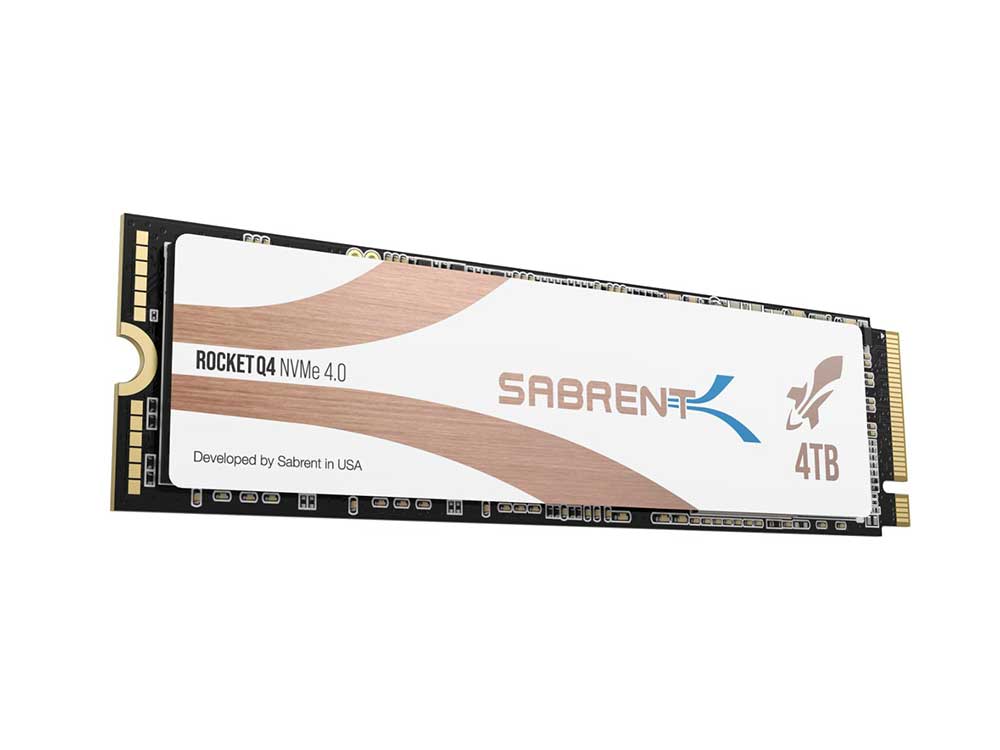 If you need a high capacity M.2 SSD with a capacity higher than 2TB that also supports PCIe 4.0, the Sabrent 4TB Rocket Q4 is the best choice. It’s based on the QLC memory, which means lower endurance, so we recommend getting this one only for read-heavy use cases, such as running a media server.

As for the performance, it’s excellent for such an affordable PCIe 4.0 NVMe SSD. You also get free SSD management software from Sabrent, which is pretty good and useful. Finally, there’s the version of the SDD that comes with a nice and thick heatsink, which we recommend getting unless you have a preinstalled M.2 heatsink on your motherboard.

The good news is that the drive is also available in a 2TB capacity with a price that’s much more digestible than what you’d have to pay for the 4TB version. 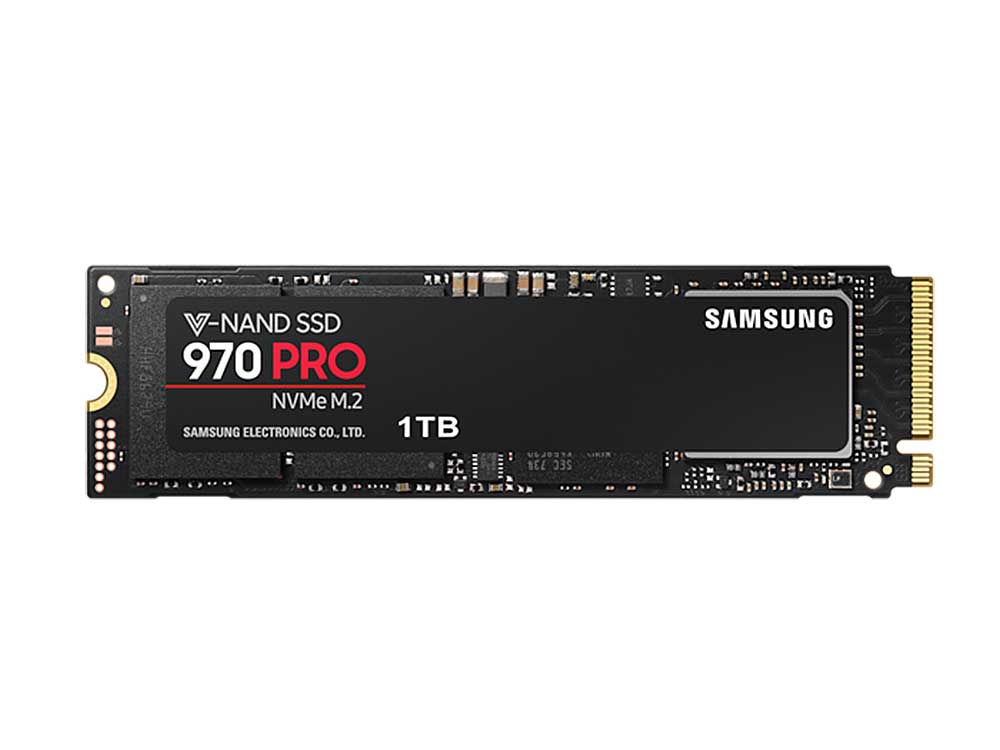 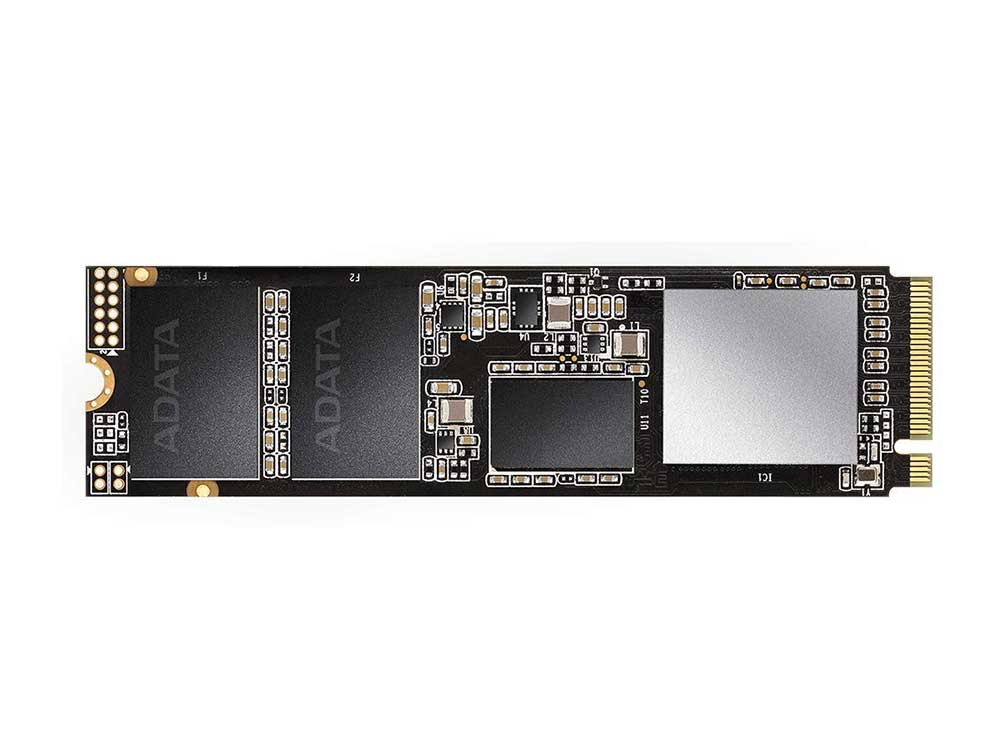 The Adata XPG SX8200 Pro is by far the best bang for the buck PCIe 3.0 NVMe SSD you can find. With speeds of 3.500MB/s for reading and up to 3,000MB/s for writing, this SSD comes very close to the Samsung 970 Evo Plus while costing more than 20 percent less.

When we look at the 2TB version, it costs upwards of 40 percent less, which is a steal for this level of performance. The TLC memory means pretty good but not amazing endurance, and five years warranty period is always welcome to see. 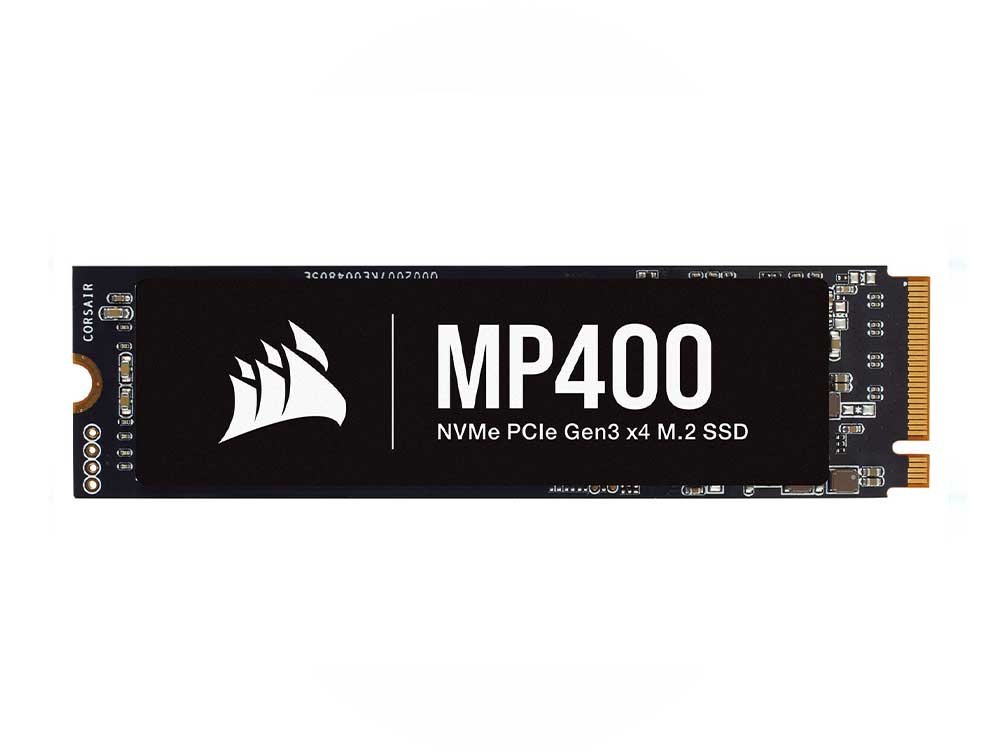 If you’re in the market for a high-capacity M.2 SSD, the Corsair P400 is a pretty good deal. This model does come with QLC flash, but at least it’s quite affordable for a high capacity drive and comes in capacities of up to 8TB.

Performance is pretty good, with up to 3,480 MB/s read and up to 3,000MB/s write speed. The 4TB and 8TB models are great for media servers or some other use case that doesn’t include lots of writing. The downside is the aforementioned QLC flash that doesn’t have the same level of endurance as TLC and MLC flash. 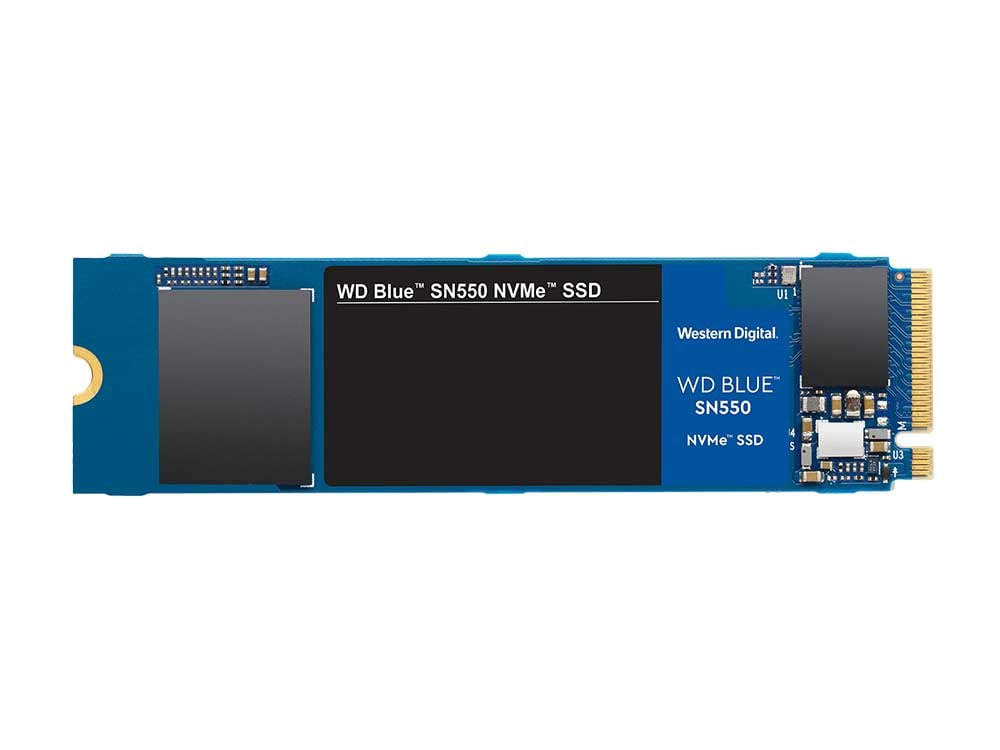 Users looking for a budget PCIe 3.0 NVMe SSD for gaming that has solid performance and excellent endurance should definitely check out the WD Blue SN550 series of M.2 SSDs. These come in various capacities and sell at very affordable prices that are quite close to SATA SSD prices.

The low price means lower performance (up to 2.400MB/s read and up to 1.750MB/s write speeds) but also a smaller write cache which can result in lower transfer speeds when moving large files (think a couple of dozens of gigabytes or such).

At least the memory used is TLC, ensuring excellent endurance for most users. Also, the price for the 1TB version of this SSD is extremely competitive. 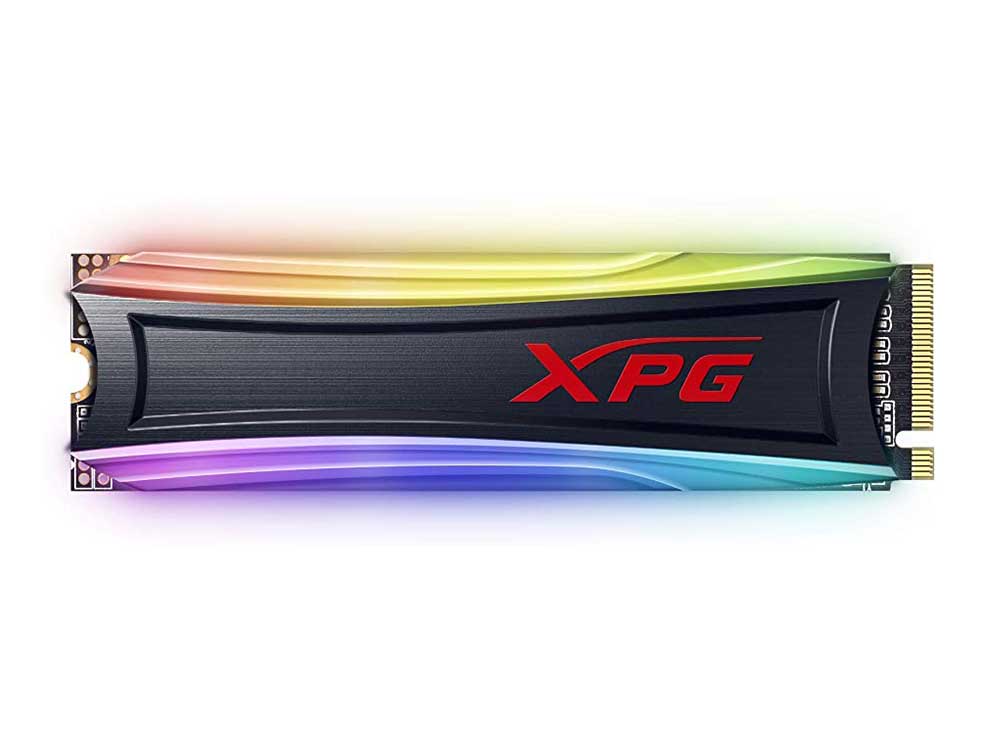 If you want an M.2 SSD with a preinstalled RGB heatsink well, look no further than the Adata XPG S40G. This is a high-performance PCIe 3.0 NVMe SSD that has pretty good performance as well as pretty bright RGB effects. It would look great if paired with an RGB motherboard and housed inside an RGB case.

Excellent performance is coupled with an attractive price, making this SSD an outstanding value choice no matter which version you get. But since the price for the 4TB model is ridiculously low considering that TLC flash memory is used, the 4TB version of this SSD is one of the best high-capacity SSDs on the market.

If you need a high-capacity SSD, get this one and simply turn the RGB effects off. That way, you’ll net a 4TB TLC drive with speeds matching flagship models for a price of a 4TB QLC SSD, which is an amazing deal. Adata also has got you covered with a five-year warranty. 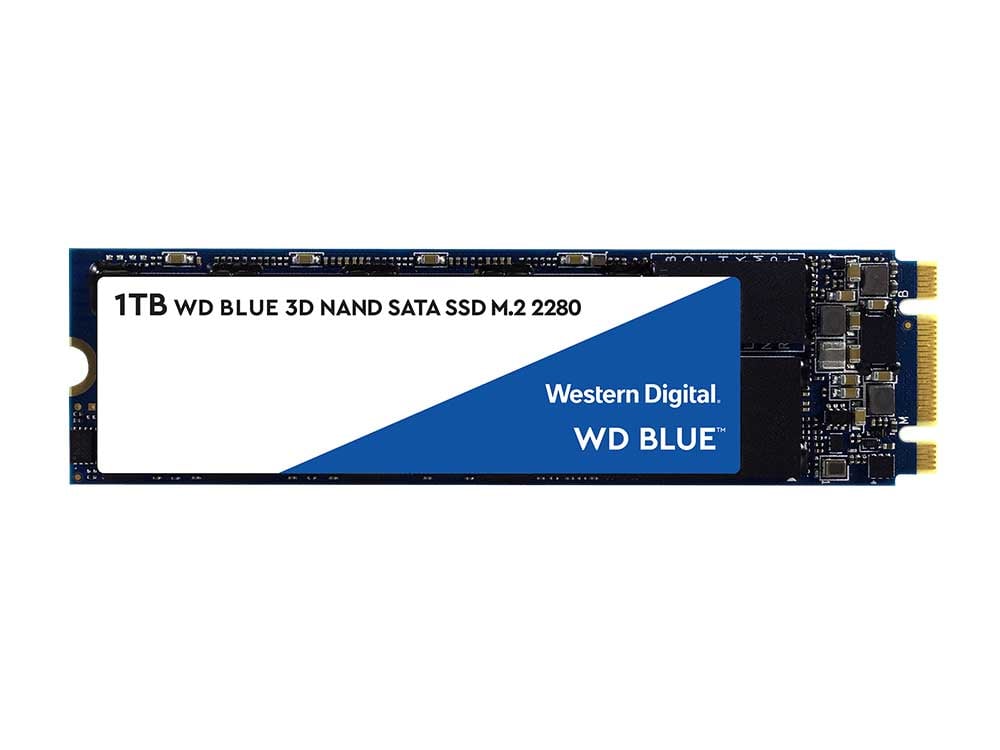 Last but not least, we have an option for users who just need an M.2 SSD without NVMe transfer speeds. If you’re one of those people, get the WD Blue 3D NAND SATA M.2. It comes with SATA III transfer speeds (about 550MB/s read and around 500MB/s write) and in various capacities topping out at 2TB.

Now, while this drive sells at a very competitive price, we strongly recommend getting something like the WD Blue SN550 instead. This one sells for almost the same price as the WD Blue 3D NAND SATA M.2 while offering much faster performance and NVMe interface.

NVMe interface uses PCIe standard to allow the SSD to communicate directly with the CPU, allowing impressive transfer speeds that leave the SATA interface in the dust. The two basic groups of NVMe solid-state drives are the PCIe 3.0 NVMe SSDs, and the PCIe 4.0 NVMe SSDs.

Drives compatible with the PCIe 4.0 standard offer double the speed of the PCIe 3.0 drives, but they are pretty costly at the moment since we’ve only started getting PCIe 4.0 SSDs.

At the moment, the majority of M.2 drives are either SATA or PCIe 3.0 compatible, but you should expect more and more PCIe 4.0 SSDs in the future, which will sell at lower prices.

When it comes to the cost-to-capacity ratio, hard drives are still a better choice for data hoarders. Still, there are some M.2 SSDs that offer large capacities for a price that won’t make you start laughing in disbelief.

They usually use QLC flash memory, which is great for tasks that involve lots of reading, such as media servers or data hoarding. If you need a high capacity drive for stuff like keeping a daily backup of your system, it’s better to use a TLC SSD or a hard drive.