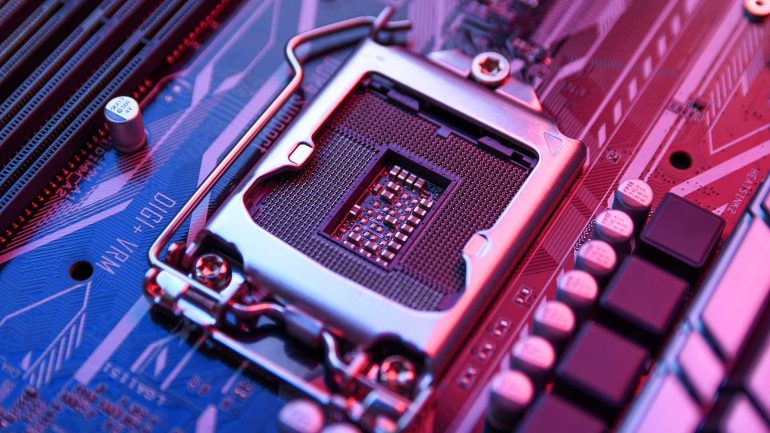 Find out what’s the best motherboard to pair with your i5-9600K and why.

The i5-9600K is Intel’s 9th generation mid-range gaming CPU offer. It is a six-core/six-thread CPU that provides good enough gaming performance in every modern title. Compared to more powerful 9th-gen Intel CPUs, the 9600K is pretty tame when it comes to power requirements. This means most Z390 boards can run it without issues. Now, if you own some other CPU check out our motherboards section for more motherboard buying guides.

Luckily, there are plenty of excellent boards out there that don’t cost too much. You can get a decent board that’s good enough to host even the Core i9 9900K or i7 9700K for about half the price you would pay for the CPU and a decent cooler. So, what’s the best motherboard for i5-9600K? Well, read on and find out.

Before you start scrolling, take a look at our list of the best graphics cards for the i5-9600K. If you’re looking for a decent cooler for this CPU, we have a guide for the best CPU coolers for i7-9700K. Any cooler capable of cooling the 9700K will have no issues chilling its smaller cousin. 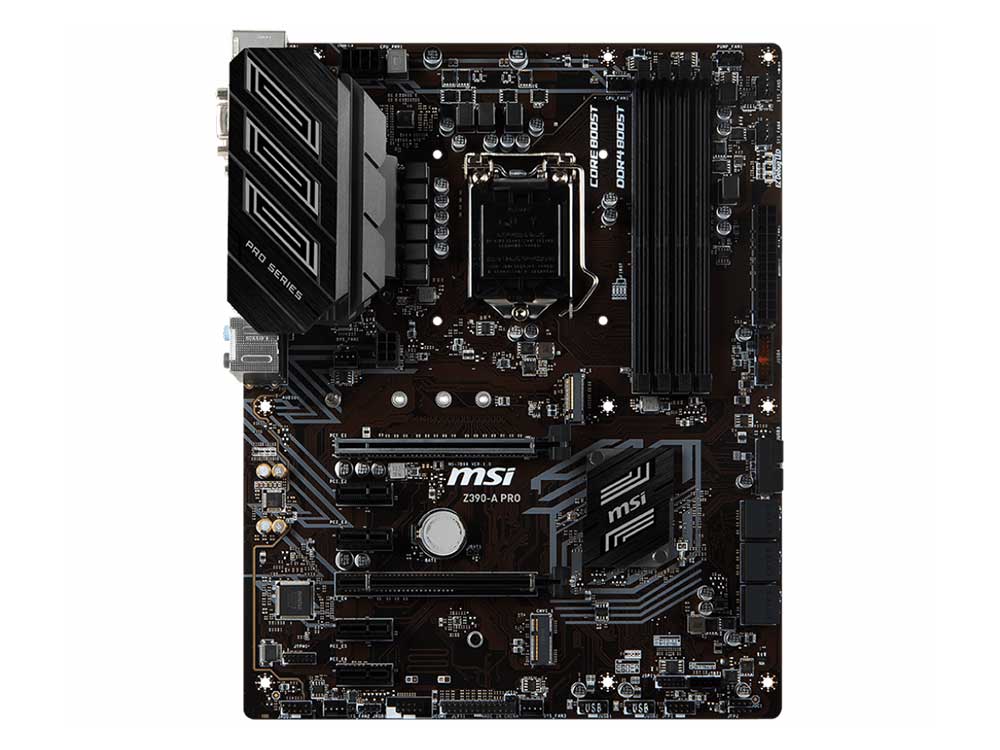 When it comes to budget motherboards for the i5-9600K, there are a lot of great choices. Our pick for the best budget motherboard for 9600K is the MSI Z390-A Pro. This board features a solid collection of features but also a VRM (voltage regulating module) good enough to host the i9-9900K, let alone the i5-9600K.

The MSI model supports DDR4 memory up to 4000 MT/s. Storage-wise you’ve got one M.2 slot in combination with six SATAIII connectors. The MSI Z390-A Pro also packs an additional M.2 slot that can host a Wi-Fi module, which could be a big plus for users who need the wireless capability.

The main PCIe x16 slot works at x16 speed while the secondary works at x4. Other expansion slots include four PCIe x1 slots.

The Realtek ALC892 Codec is powering the audio section. Connection options are limited to the included Gigabit LAN port. Finally, the MSI Z390-A Pro comes with an HDMI, DVI-D, and DisplayPort on the back panel along with two USB 10Gbps ports (one is USB-C), two 5Gbps USB ports, and two USB 2.0 ports.

Next, we have the best mid-range board for the 9600K. The ASUS Prime Z390-A can handle the i9-9900K without issues. Design-wise, the ASUS model features a slick white and gray design that’s quite pleasant to the eye.

The ASUS board supports 4266 MT/s DDR4 memory, and it packs two M.2 slots and six SATA III connectors. The motherboard comes with 3 PCIe x16 slots. The primary one runs at x16, secondary at x8 (x8/x8 mode in Crossfire/SLI), and the tertiary at x4 speed. There are also three PCIe x1 slots present in case you need even more expansion slots.

Intel Gigabit LAN is present as the main connectivity option. The audio section is powered by the Realtek ALC S1220A codec. On the back panel, you can find both DisplayPort and HDMI. On top of those, the ASUS Prime Z390-A includes four USB 10Gbps ports (one is USB-C), two USB 5Gbps ports, and two USB 2.0 ports.

The best board for 9th gen Intel CPUs is the MSI MEG Z390 Godlike. The problem is that you can get two i5 9600K CPUs along with three solid coolers for the price of one Godlike. In other words, the board isn’t worth it for this CPU. Instead, we’ve picked the ASUS ROG Z390 Maximus XI Hero as our best high-end board for the Core i5-9600K CPU.

The ROG Maximus XI Hero is a superb Z390 board. It can power the i9-9900K even on high OC clocks, so running the 9600K won’t be a problem for it. The board looks very attractive. Black PCB with lots of dark heatsinks and a couple of RGB effects are minimalistic and very pleasant to the eye.

The board can run DDR4 memory at 4400 MT/s. It packs two M.2 slots and six SATAIII ports. Graphics-wise, you get three PCIe x16 ports. One works at x16, the second works at x8 mode (x8/x8 mode works in SLI and Crossfire configuration), and the third is an x4 port. There are also three PCIe x1 ports.

Intel Gigabit LAN is also present, as well as a wireless module and a Bluetooth 5.0 module. ROG SupremeFX S1220 is responsible for the audio section. On the back panel, there’s one HDMI and one DisplayPort for multimonitor setup when using iGPU.

You get support for all kinds of RGB effects as well as other goodies such as installing BIOS from a flash drive, BIOS flashback, lots of diagnostic LEDs, and Clear CMOS and BIOS Flashback buttons on the back panel. Overall, this is an excellent board for the money, with its only (small) downside being just two M.2 slots. A third one would be great.

There aren’t many mATX Z390 boards. For most users, the Gigabyte Z390M Gaming should be more than enough, especially for 9600K owners.

The Gigabyte Z390 M Gaming is a quality board with VRM good enough to run the Core i5-9600K. Just make sure to run slower memory with that setup. Officially, the board supports DDR4 memory up to 4266 MT/s. It comes with two M.2 slots and 6 SATA III connectors.

The Realtek ALC892 codec is behind the audio department, with an Intel chip powering the Gigabit LAN. Design-wise the board looks pretty darn good. Orange Aorus details are replaced with a couple of red lines. The rest of the board features the classic Gigabyte black and grey coloring. The board also features dual BIOS support as well as Q-Flash.

When it comes to Mini-ITX boards, VRM is the most important piece of the puzzle. Quality VRM in a small package is needed to overclock K-series CPUs. And the ASRock Z390 Phantom Gaming-ITX/ac has the best VRM out of all Z390 Mini-ITX boards. This is the best Mini-ITX board for the Core i5 9600K.

The 5 phases and 60A power stages on this board are enough for any 9th gen Intel CPU. Aside from the best VRM on the Mini-ITX market, the ASRock Z390 Phantom Gaming-ITX/ac offers a slew of other features. Memory can run at 4500 MT/s, and the board comes with two M.2 slots (always a plus on a Mini-ITX board) and four SATAIII connectors.

There’s only one PCIe x16 port running at x16 speed, but that’s normal for a Mini-ITX board. Realtek ALC1220 Audio Codec is powering the audio department. This is a pretty good audio setup that supports 7.1 channel setups.

The board also has one Thunderbolt 3 port on the back. The back also hosts one HDMI and one DisplayPort input for multi-monitor support on iGPU systems. With the Thunderbolt 3, you can run three monitors with an integrated GPU, which is great for a Mini-ITX board.

Intel chip is powering Gigabit LAN. The board also comes with Wi-FI and Bluetooth 5.0 modules. There’s also support for RGB LED strips and installing BIOS from flash drives. The design of the board is solid. All-black coloring with lots of heatsinks. It looks nice enough, but it’s nothing special.