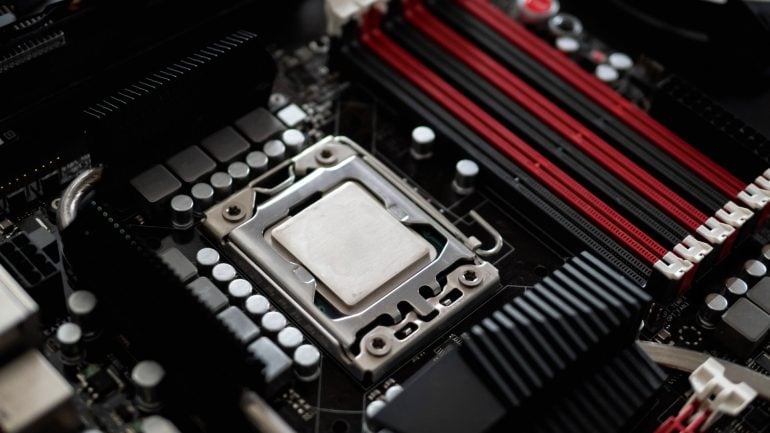 Our list of the best motherboards for Intel's latest processor.

The new Alder Lake CPUs from Intel are here. Out of the three K series CPUs, the Core i5-12600K looks like the best of the bunch, by far. Competitive pricing, superb gaming performance, and incredible multi-threading performance at this price point combined with relatively modest power consumption make the 12600K an excellent purchase at the moment. The latest i5 part doesn’t require a top-of-the-line Z690 motherboard to work at its maximum capacity. If you want to check out which CPUs demand high-end boards, you could visit our motherboards section.

Now, let’s get you covered regarding the best motherboards for i5-12600K. We have the usual budget, mid-range, and high-end picks accompanied by the best mATX and Mini-ITX boards for the Core i5 12600K.

Before we unravel our first pick, here are a couple of guides that every current or future Core i5-12600K owner should read. First of all, our list of the best coolers for i5-12600K, a must-read for every 12600K buyer. Next, find the best RAM kit for this CPU in the best RAM kits for Alder Lake CPUs guide. Finally, read our best graphics cards for Intel Alder Lake CPUs guide to discover the best GPU to pair with this CPU. 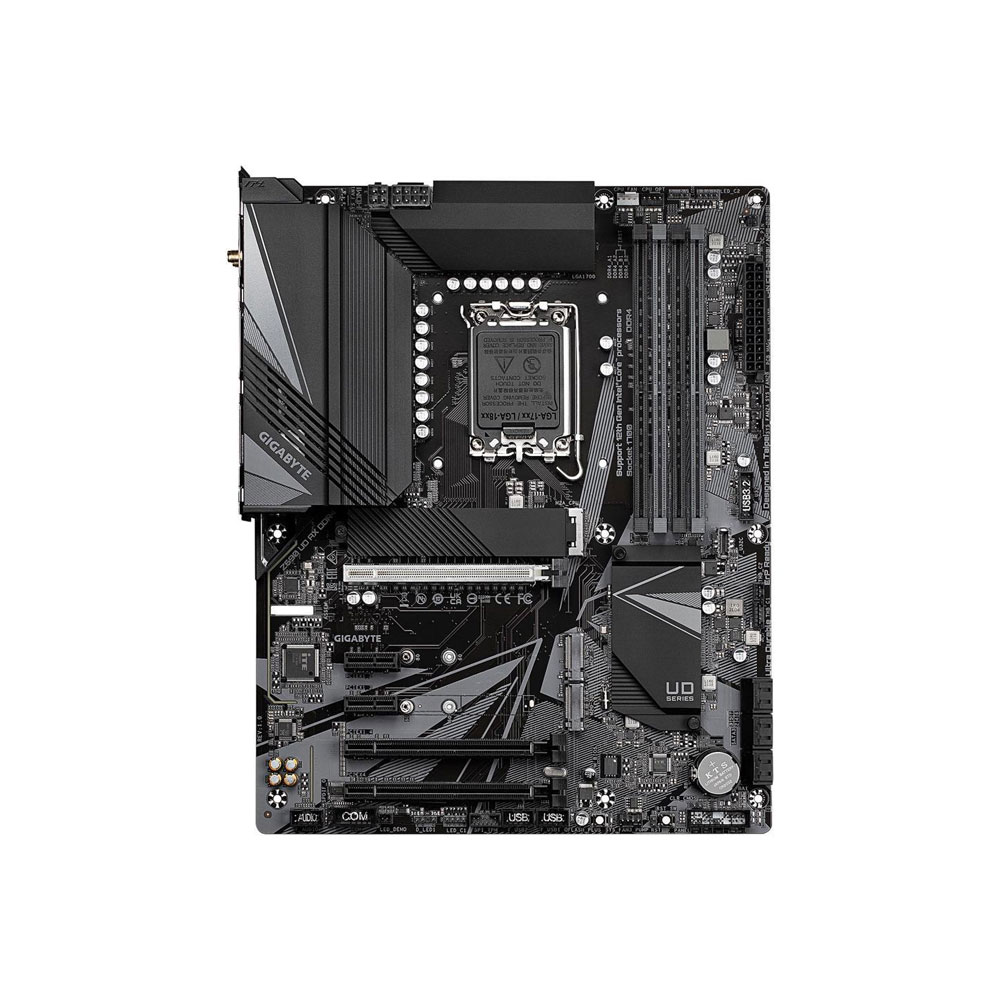 Let’s start with the best budget motherboard for the Core i5-12600K. The Gigabyte Z690 UD DDR4 isn’t the cheapest Z690 motherboard, but it is the cheapest we recommend getting for the 12600K.

The main reason for our recommendation is a capable VRM (sixteen 60A CPU phases) coupled with decent VRM heatsinks. In other words, you should have no issues running an overclocked 12600k on this board. When it comes to memory support, the Z690 UD supports DDR4 memory up to 5133 MT/s.

The board features three PCIe 4.0 M.2 slots and six SATA III ports. The audio codec used isn’t clearly labeled (only mentioned as Realtek audio codec), so it’s safe to say that we’re talking about a budget audio solution here. At least you get 2.5Gb LAN. And if you need wireless connectivity, the AC version of this board comes with Wi-Fi 6 and Bluetooth 5.2. 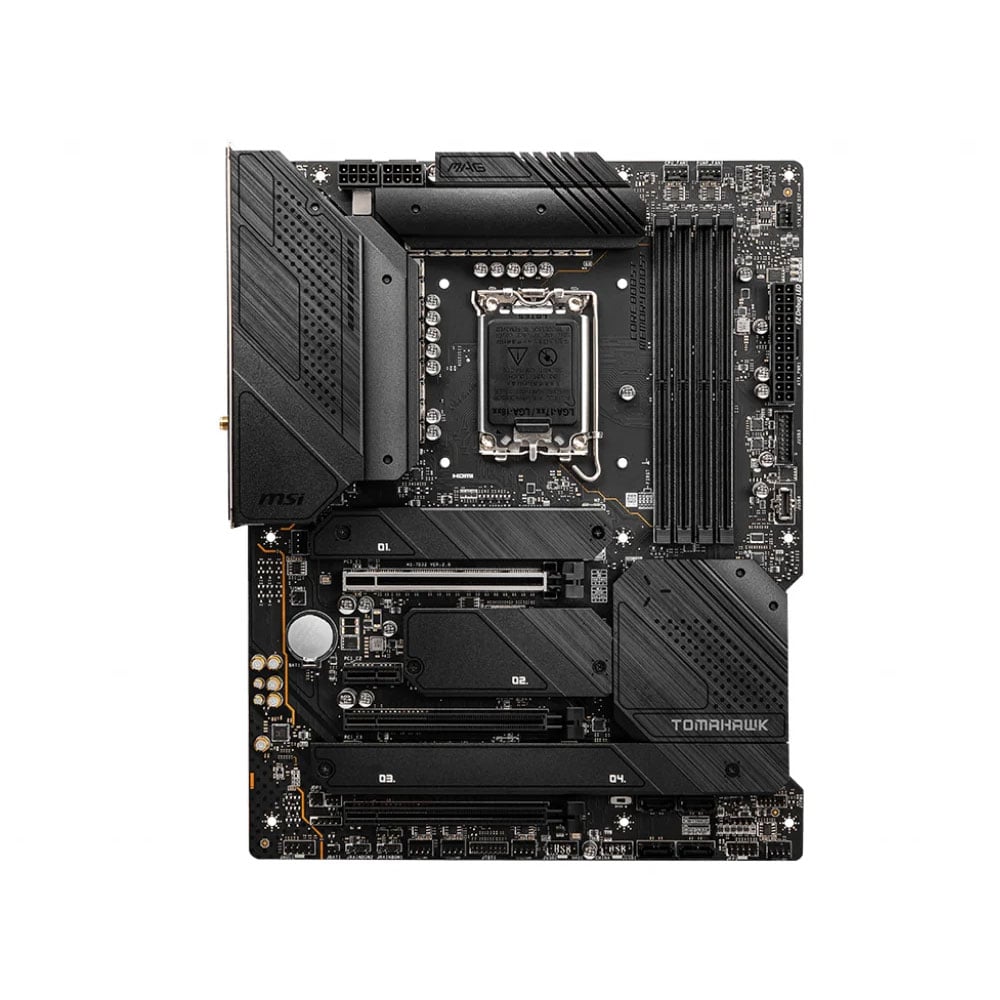 The MSI Z690 Tomawahk is a well-rounded Z690 model and the best mid-range board for the 12600K. First of all, we love the design. All-black with lots of heatsinks, pre-installed I/O shield, and without flashy RGB. The brushed metal effect on the heatsinks is our personal favorite.

When it comes to storage, you have four M.2 slots, all PCIe 4.0, along with six SATA III ports. More than enough unless you’re planning on building a pricey NAS. If you do plan on building a NAS, do check our list of the best NAS cases to find the right case for the job. 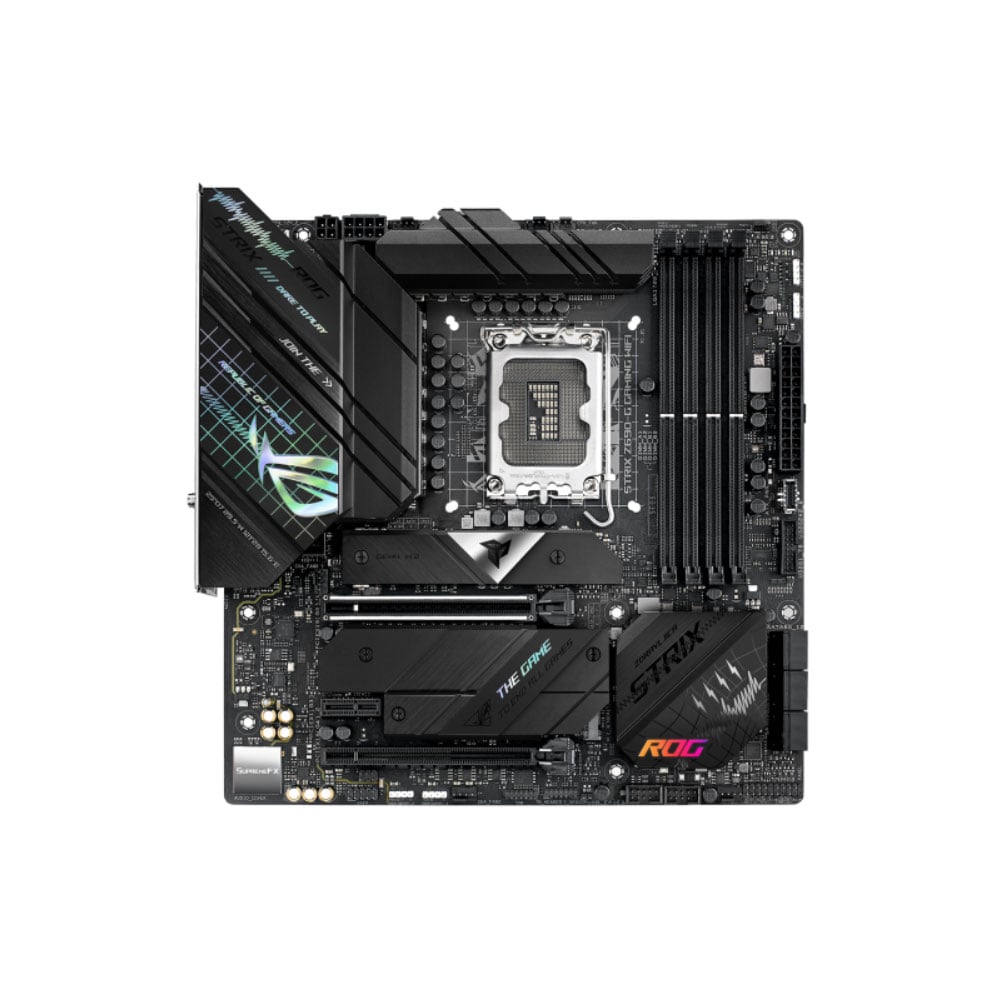 When it comes to the best high-end motherboard for the 12600K, the ASUS ROG Strix Z690-F has, more or less, everything you might need. First of all, there’s DDR4 support for up to DDR5 6400 MT/s. Next, the VRM is superb. It includes sixteen CPU power stages with undisclosed amperage, but we reckon they’re in the 70A-90A range. In other words, complete overkill for the 12600K. 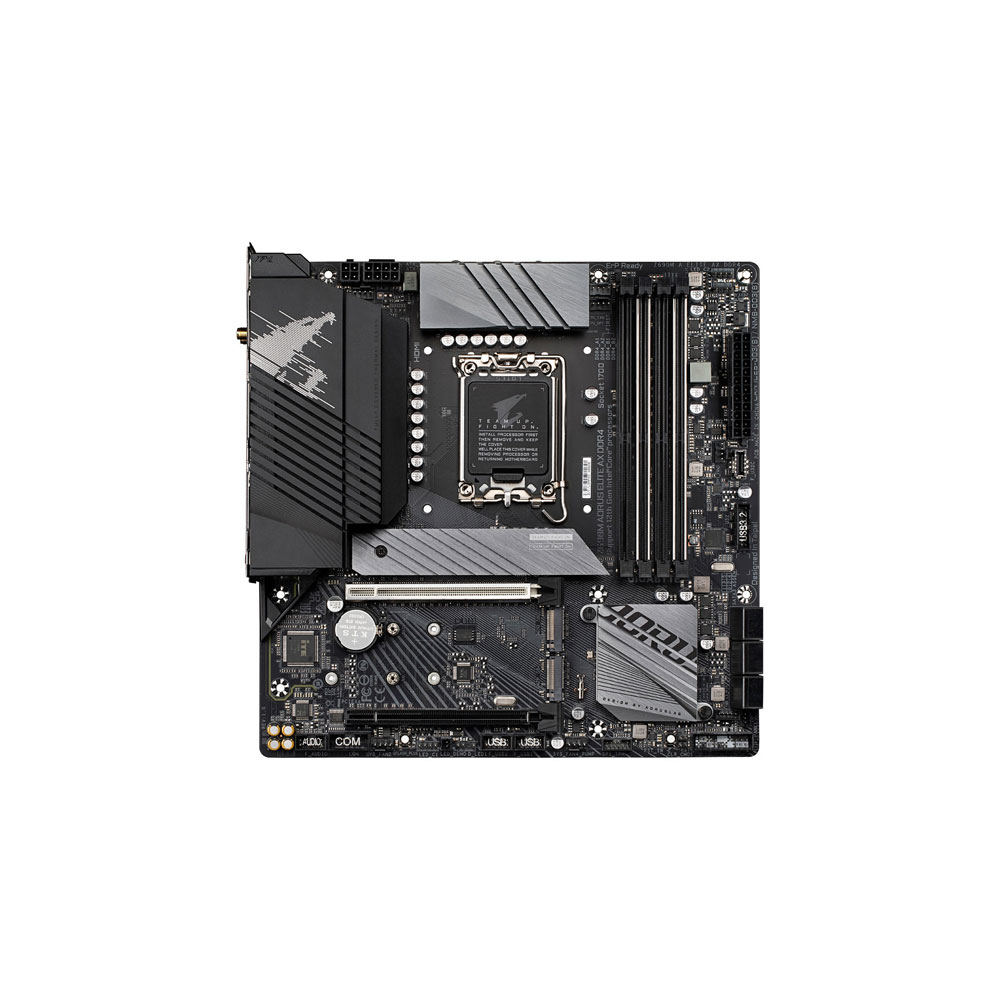 There are four mATX Z690 boards in total, and the Gigabyte Z690M Aorus Elite looks like the best Micro ATX for the 12600K CPU. First of all, we have twelve 60A CPU power phases with decent-looking heatsinks. This setup should run an overclocked 12600K without thermal issues.

Next, there’s DDR4 support for up to DDR4 5333 MT/s. The board comes with three PCIe 4.0 M.2 slots, which is nice to see considering its compact form factor. There are also six SATA III ports.

Expansion options include one PCIe 5.0 x16 slot and one PCIe 3.0 slot running at x4. The main connectivity option is 2.5Gbps LAN. The wireless module supports Wi-Fi 6 and Bluetooth 5.2. As for the audio, the situation’s the same as on the Z690 UD. You should expect a budget-tier solution considering that Gigabyte lists the codec used only as “Realtek audio codec,” without any specific info on the codec used. 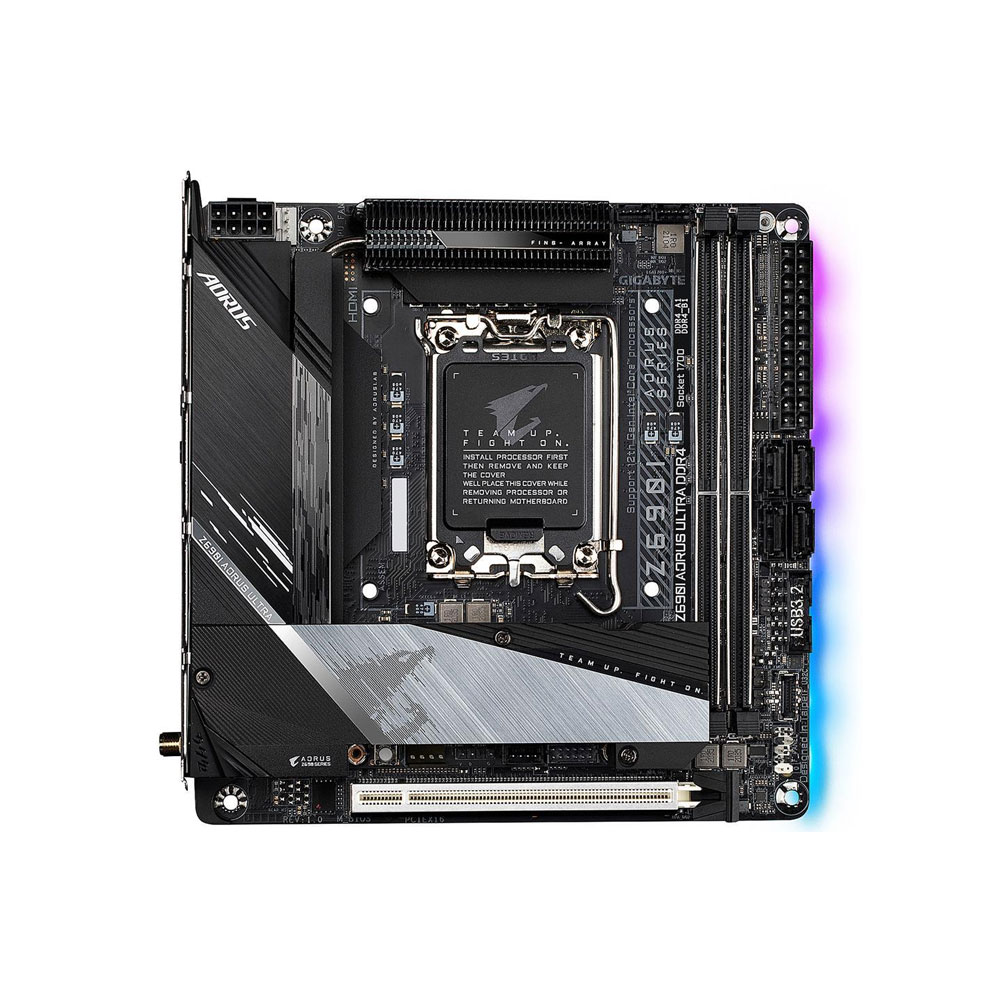 The situation with Mini-ITX Z690 selection is better than with mATX boards. A board from Gigabyte that offers the best price-to-performance ratio has won our best Mini-ITX board for the 12600K award. The Gigabyte Z690 Aorus Ultra should run the 12600K without issues thanks to its beefy (for an mITX form factor) VRM consisting of ten 105A CPU power phases.

Next, we have DDR4 support for up to DDR4 5333 MT/s. Storage options include two PCIe 4.0 M.2 slots combined with 4 SATA III connectors, a regular combo found on an mITX motherboard. Expansion options include one PCIe 5.0 x16 slot. Connectivity-wise, the Z690 Aorus Ultra comes with 2.5Gbps LAN and a Wi-Fi 6 module that also supports Bluetooth 5.2 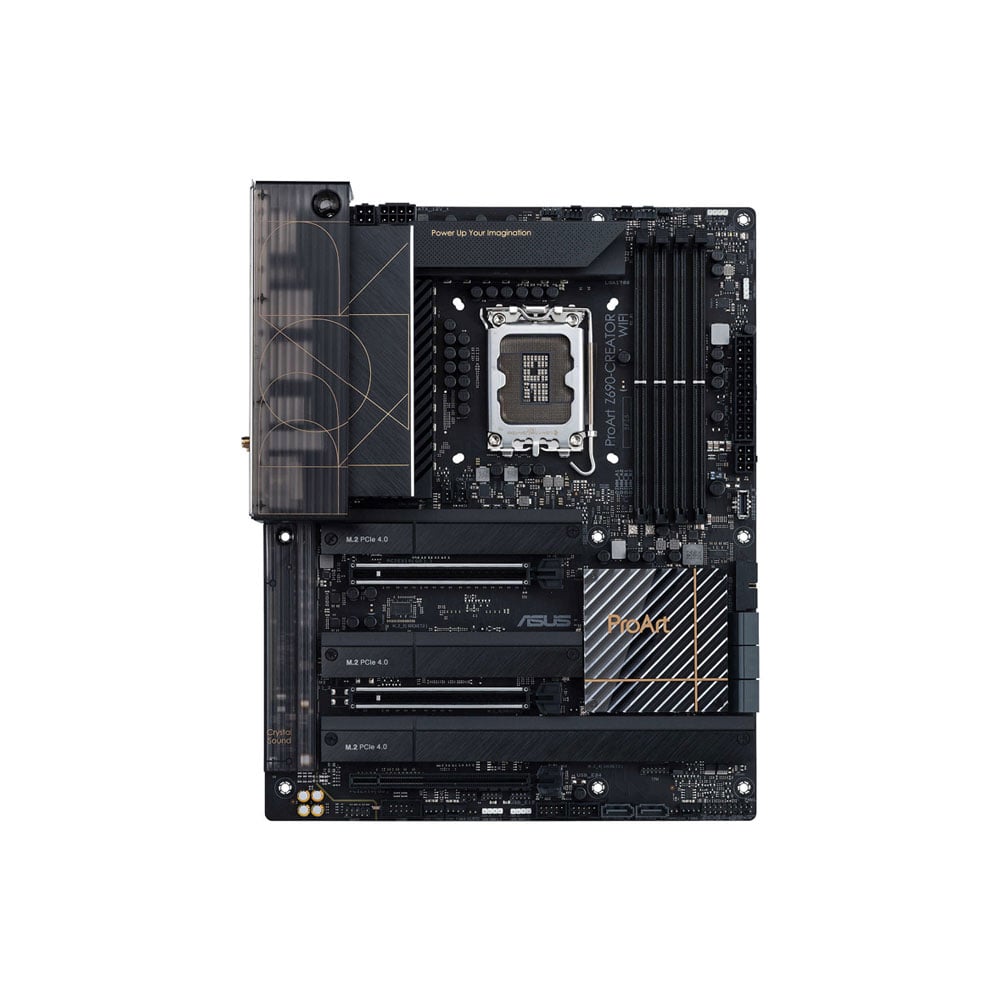 Last but not least, we have the best creator motherboard for the Core i5-12600K. The ASUS ProArt Z690-Creator Wi-Fi is a motherboard for power users who need a ton of USB ports, DisplayPort input ports, fast Wi-Fi and LAN, and Thunderbolt 4 ports.

First of all, the VRM is pretty solid. It includes sixteen 70A CPU power stages covered with slick-looking but substantial heatsinks. Next, the board comes with DDR5 support (up to DDR5 6000).

When it comes to storage, you have four PCIe 4.0 M.2 connectors along with eight SATA III ports, which should be more than enough for most power users. Expansion slots include two PCIe 5.0 x16 slots that can work in x8/x8 mode when used simultaneously. The third PCIe x16 slot is PCIe 3.0 compliant and works in x4 mode.

Connection options are superb; there’s a 2.5Gbps LAN chip coupled with a 10Gbps LAN chip, but that’s not all. You also get a 2×2 Wi-Fi 6e module that also supports Bluetooth 5.2. The Realtek S1220A audio codec augmented with an internal audio Amp is powering the audio section.

Other interesting features include one M.2 Key E slot allowing users to upgrade the included Wi-Fi module in the future. You’ve also got debug LEDs and an internal USB 3.2 gen 2×2 front header that comes with 60W power delivery and QuickCharge 4+ support.

The Core i5-12600K has lots in its favor. First of all, if the most intense thing you use your PC for is gaming, you don’t need anything more powerful since the 12600K gaming performance is in line with the flagship Core i9-12900K.

The four efficiency cores support six performance cores, allowing for maximum gaming performance even when you keep your browser open in the background, along with stuff like Twitch, Discord, and any other app.

Finally, the CPU doesn’t require a beast of a motherboard along with a large AIO for cooling since its power consumption is just a tad higher than on the 5600X when gaming. When sweating the CPU with Cinebench or Blender, it can go north of 100W. Even then, the CPU keeps its power consumption modest enough for a budget to mid-range dual tower cooler to have no issues with cooling it.

The only scenario where you might need an NH-D15 or a capable AIO is if you decide to OC the CPU. But, considering the minimal gains OC brings to the table while pushing power consumption to the moon, we recommend against this.

Now, Alder Lake CPUs come with PCIe 5.0 and DDR5 support. PCIe 5.0 is a future-proof feature that cannot be utilized right now. PCIe 5.0 compliant GPUs should come in early 2022, while PCIe 5.0 SSDs are still in development. DDR5 kits, on the other hand, are available for purchase so the question arises, is DDR5 worth it?

The short answer is no, especially if you’re interested in 12600K. Performance gains are nonexistent to minimal, and there are just a few workloads that can give you a performance boost big enough not to be written off as a measurement error. All that for about double the price compared to DDR4 memory kits. And even when faster DDR5 modules arrive, bringing greater performance jumps, current boards probably won’t support those speeds.

DDR5 might make sense in specific, limited scenarios. If all you do is encode videos or compile code, DDR5 can cut encoding/compiling times substantially. Next, if you need a Z690 board with Thunderbolt 4, you’re pretty much limited to DDR5 boards.

With that said, we have listed a couple of DDR5 boards if you really want to embrace the new memory standard. Remember, Z690 boards support either DDR4 or DDR5, not both. You can’t start with DRR4 and later switch to the faster standard. Also, while we’ve limited our choices to six models, there are almost ninety different Z690 motherboards out there. In other words, many quality Z690 boards didn’t find their place on this list.

We also want to mention that certain boards come with unique features/quirks. Every ASUS board, for instance, includes both LGA 1200 (11th gen) and LGA 1700 (12th gen) mounting holes. On the flip side, some ASUS Z690 boards aren’t compatible with Noctua coolers. Next, many Gigabyte boards come only with two audio jacks (Line Out and Mic) instead of regular 3/6 jack arrays.

Some of the models include two jacks and an optical (S/PDIF) port, but it looks like you cannot use both simultaneously. If you have an advanced (surround, etc.) audio setup, chances are it won’t work on some Gigabyte boards. Do your research in case you’re interested in Gigabyte boards.

Finally, the Core i5-12600K has modest power requirements when it comes to gaming. Users who don’t plan on using this CPU for heavy multi-threaded workloads, are happy to keep it at stock, and don’t plan on getting the CPU right away should think about getting a B660 motherboard instead of a Z690 unit.