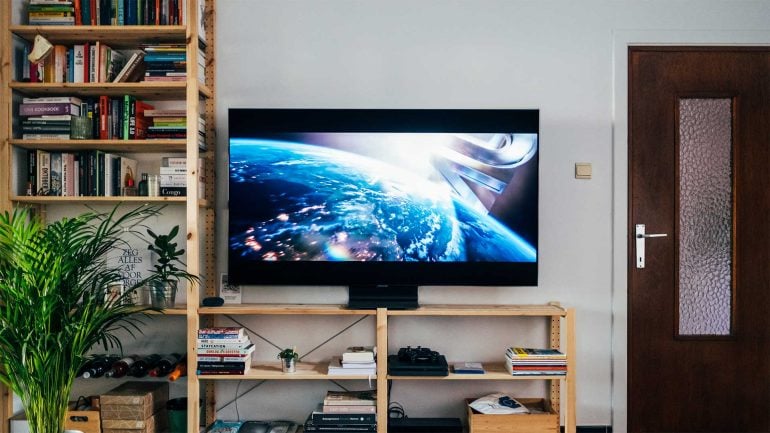 f you’re a DIY enthusiast and love a good build, there’s nothing cheaper or more rewarding than building your own NAS.

Building a DIY NAS is a simple and inexpensive way to store all your data without the need for a ton of external storage drives. You can even run a NAS and Plex server combo and offload your entire media library to a remote location where you can access it from every device you own. If you have an old board and a CPU that is suitable for this purpose, that’s great! But what if you need a board for your NAS build? Well, the good news is that you can use virtually any motherboard as a base for a NAS build.

Something (relatively) affordable that you can pair with an older or a cheap CPU would be perfect. But if you can’t find a board for that purpose, don’t worry; we’ve got you covered. Below you’ll find a selection of the best NAS motherboards for Plex and home theater builds. Motherboards featured below are perfect for any NAS build. We have cheap options but also a couple of beefier picks. We also have both Intel and AMD boards, with and without ECC support.

If you plan to build a NAS, maybe you’d be interested in our list of the best NAS cases. Next, we also have a guide for the best 4TB SSDs in case you need lots of fast storage. Last but not least, our best fan control software guide could be useful in keeping your secondary PC build dead quiet. 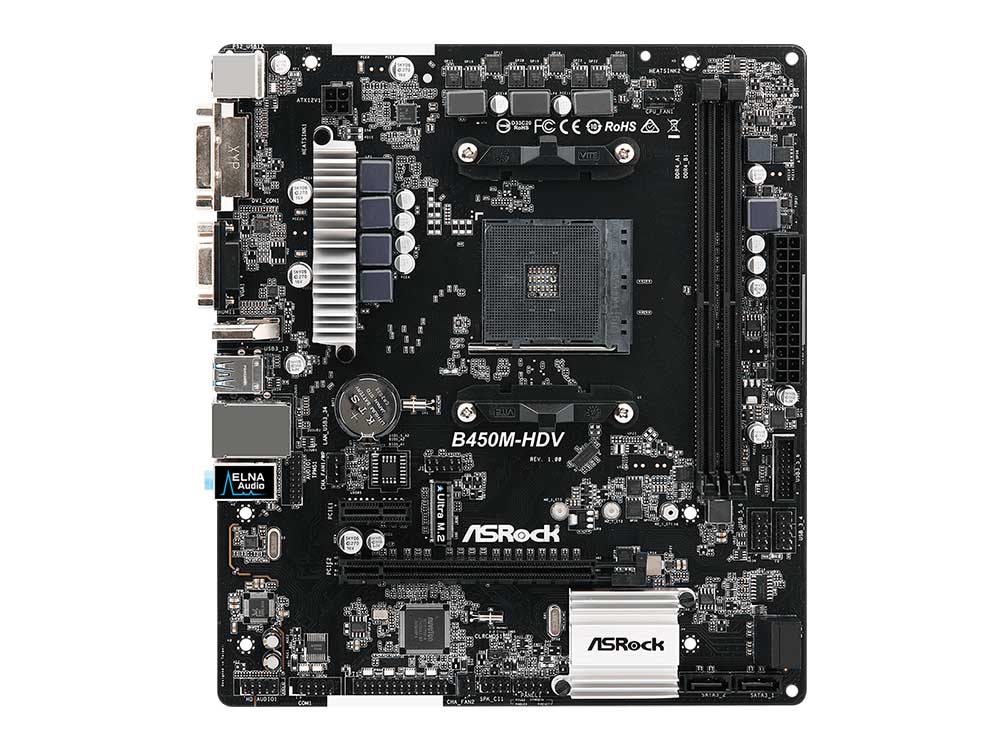 Let’s start with a cheap board for Ryzen-based NAS setups. Ryzen CPUs have been quite popular ever since they come out, making them a pretty solid choice for NAS builds. If you have an old Ryzen lying around or if you manage to snag a used second-gen Ryzen for cheap, this is the best NAS motherboard for your needs. The ASRock B450M-HDV has ECC support, it’s very cheap, it can run 2nd and 3rd gen Ryzen CPUs, and it has a single M.2 slot.

You get two PCIe slots (one x16, one x1), and if you don’t need ECC, you can use an APU and upgrade the board with more SATA ports or a 10Gb LAN. Four SATA ports in combination with the single M.2 slot should be enough for a basic NAS setup.

The board also comes with a single 1Gb LAN port on the back. Overall, a bit basic but more than enough for a budget NAS. Do note that Raven Ridge AMD CPUs, supported by this board, do not support ECC.

If you want a more powerful, server-grade motherboard with lots of expansion options and some extra features, like a dedicated IPMI RJ-45 port, then the ASRock Rack X470D4U is the board for you. This is the best server motherboard for a NAS build in case you have a cheap Ryzen CPU and don’t know what to do with it.

Yes, it’s a bit expensive, but for the price, you get top-of-the-line components made to work 24/7. The board also supports lots of different Ryzen CPUs, works with ECC memory, has two PCIe x16 and one PCIe x8 slot, and features eight SATA and two M.2 slots.

You also get a dual gigabit LAN (1Gb) on top of the IPMI port, and lots of server features such as a dedicated server management processor and BMC controller, fan fail LEDs and more.

Overall, a brilliant NAS board for advanced users who want to build a Ryzen-based NAS. The only potential nitpick is 1Gb LAN, but that can be solved by using a 10Gb LAN PCIe card. 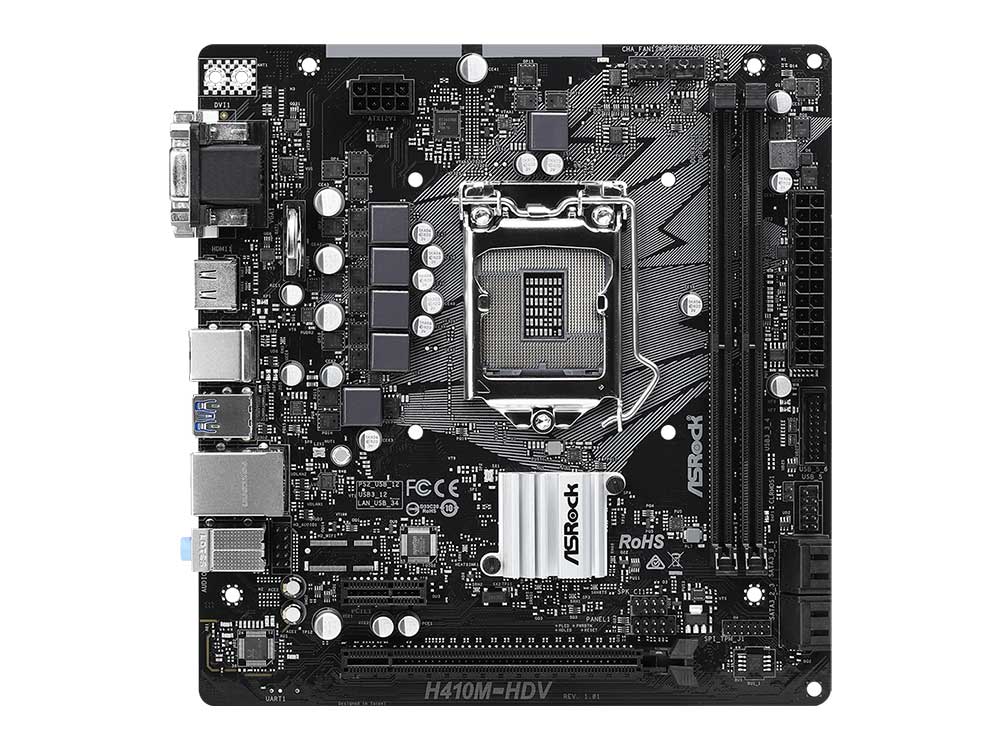 For a budget Intel NAS that doesn’t need ECC memory, you can get a cheap H410 board. The best budget NAS board for Intel builds is the ASRock H410M-HDV. This board’s cheap as hell but still more than fine for a NAS build, which was the major reason for picking it.

It only has four SATA III ports and comes without an M.2 slot, but there’s the X16 PCIe slot that can host SSDs, even the boot one. You also get one PCIe x1 slot for extra expansion. The board comes with a 1Gb LAN port, but if you don’t need an SSD, you can install a 10G LAN card. 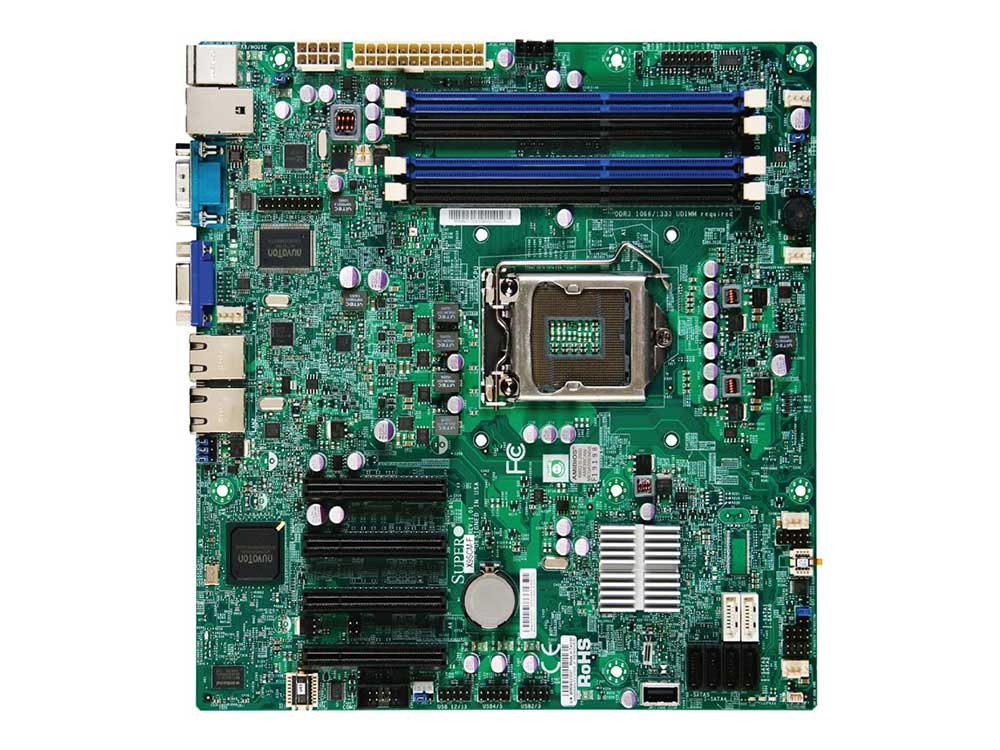 Those who require ECC memory can get an older Intel board and a cheap Xeon CPU. Or maybe an i3 or a Pentium CPU from the time when these processors supported ECC. Our recommendation for the best budget NAS board with ECC is the SuperMicro MBD-X9SCM, based on the LGA 1155 socket. Do note that this is an E3 server motherboard, so make sure you have a chassis that can house it.

While its storage support isn’t fantastic (4xSATA II; 2xSATA III), the board features two PCIe gen3 x8 and two PCIe gen2 x4 slots. That’s more than enough for any kind of expansion. Storage or LAN-wise. There are also other server-grade features, such as the iGPU present on the board, IPMI support, etc. Overall, lots of bang for the buck. 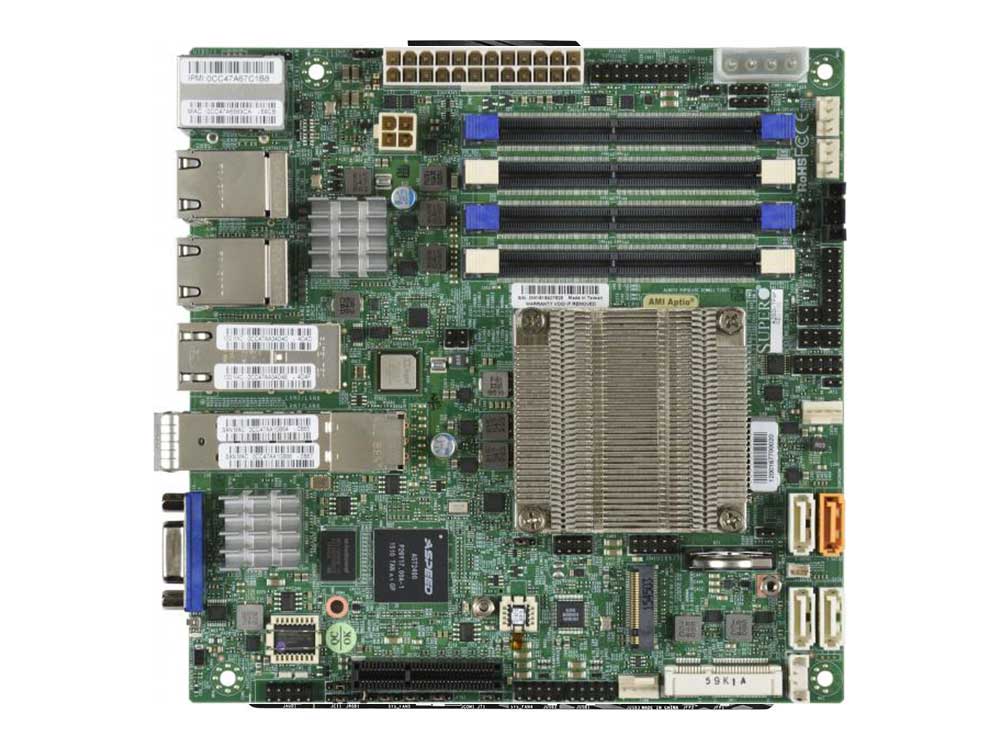 Our next pick is the best high-end NAS motherboard. The SuperMicro A2SDi-TP8F is a server board that comes with the 12-core Intel Atom C3858 CPU.

It features four 10Gb LAN ports, four 1Gb ports, four SATA III ports, an M.2 slot, a PCIe gen3 x4 slot, and an additional PCIe gen3 x1 slot. All that packed on an mITX PCB. If you’re looking for a case to house this motherboard, visit our guide for the best Mini-ITX cases.

The board supports full remote management and comes with the ASPEED AST2400 BMC. It’s quite pricey, but the quad 10Gb LAN feature indeed is impressive. Luckily, the A2SDi includes more affordable versions.

The A2SDi-H-TF features the Intel Atom C3758 8-core CPU, one PCIe x4, four SATA III ports, and support for 12 ports in total via 2 MiniSAS HD ports. You get “only” dual 10Gb LAN and a single M.2 slot, but overall, especially considering 2 MiniSAS HD ports, this board might be even better than the flagship model.

If you want to build just a simple NAS for storing your files and you don’t care about the possibility that some of the files may get corrupted, ECC memory is not needed.

It’s nice to have it, but for a simple NAS setup, it’s overkill. While the possibility for memory errors is relatively high in an environment such as a Google server farm, home usage is far less taxing on both storage and memory.

But, in some instances, using ECC memory is highly recommended. One of those cases is if you’re using the ZFS file system (used by FreeNAS). While ZFS doesn’t require ECC memory, it’s recommended to use it, if possible.

Next, if you want zero data corruption, use ECC. Combining a storage NAS and a Plex server also doesn’t require you to use ECC memory.

But if you need ECC, don’t forget that many Intel CPUs, and some AMD Ryzen ones, don’t work with ECC memory. If you want a newer Intel CPU with ECC support, you’re limited to Xeon and Atom series.

Older i3s and Pentium CPUs (like the good old G4560) work with ECC. Luckily, you can find some of those models for cheap on the used market. And here’s a list of all Intel CPUs with ECC support.

As for the Ryzen CPUs, most work with ECC memory. While AMD doesn’t officially support it, all CPUs except regular APUs (G, non-Pro APUs) work fine with ECC RAM.