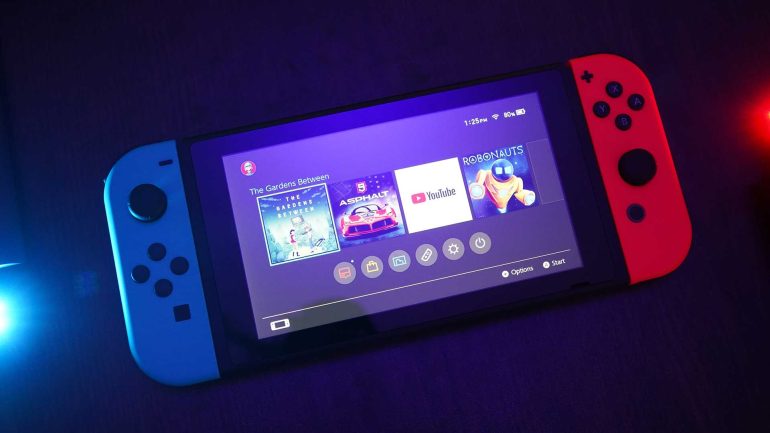 With every passing day, digital entertainment is constantly changing. For example, just a few years ago, game streaming simply wasn’t a thing. Now, platforms like Twitch and Mixer are making it an everyday experience for many people.

So, how do you create a high-quality stream that’s going to attract a lot of viewers? You’ve got to be good at gaming, and you need an engaging personality. But you also need to have the best streaming equipment available. Here, we’ll talk about the best capture cards for the Nintendo Switch.

Why the Switch? The reason is that streaming from the Switch is still a rapidly growing market. Until November of 2018, Nintendo’s strict streaming policies made it virtually impossible to stream your Switch game sessions. Since Nintendo relaxed those policies, Switch streaming has been growing by leaps and bounds.

Meanwhile, there still aren’t many people selling quality capture cards for Nintendo Switch streamers. Most cards are still designed primarily for the PlayStation 4, Xbox One, or PC. No worries. We’ve got you covered. 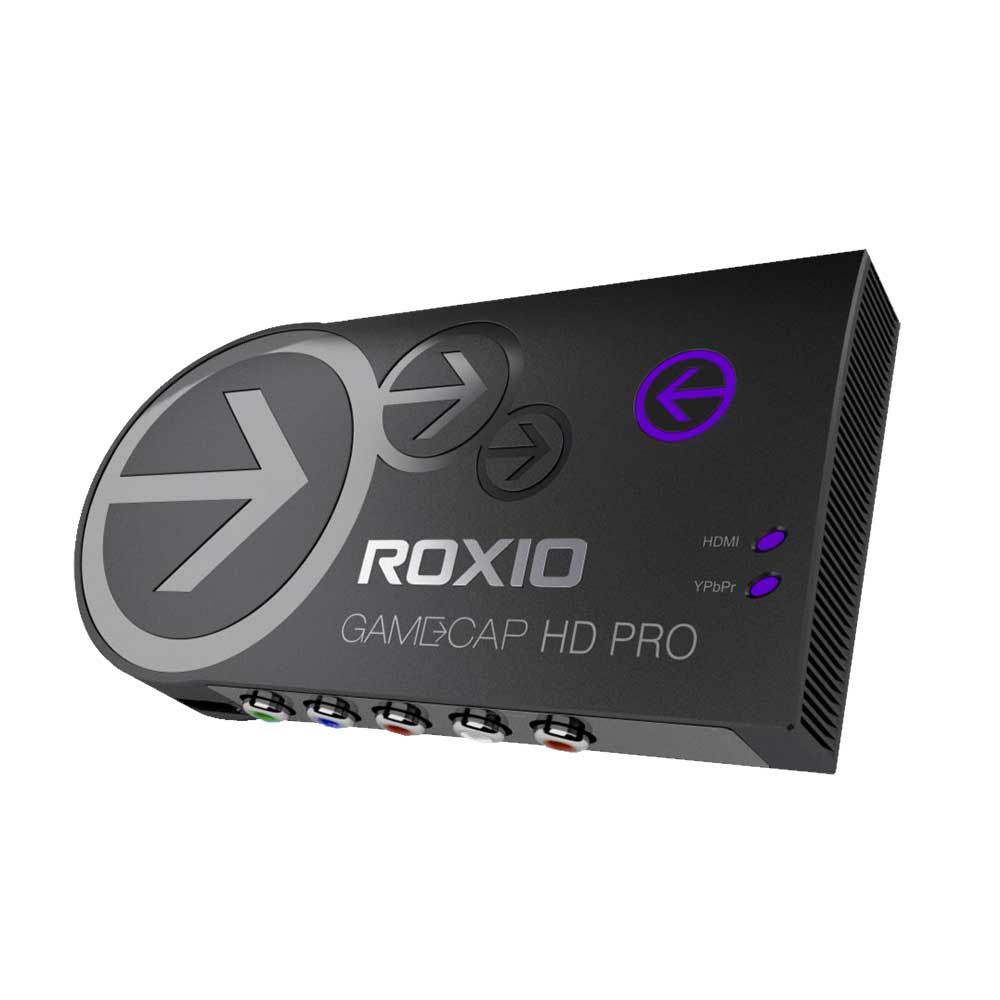 So, you want to set up a Nintendo Switch streaming rig, but you’re on a tight budget? No worries! The Roxio Game Capture HD Pro comes at a very reasonable price, without sacrificing many features.

This capture card features a built-in H.264 encoder, which makes it a solid choice if your rig doesn’t have the latest and greatest video card. It connects to your PC via USB, so you can use it even if you don’t have any open PCIe slots. A USB cable comes packaged with the kit, so all you’ll need is a second HDMI cable to get started.

PC requirements are relatively minimal. You can stream from the Game Capture HD PRO with an Intel Core 2 Duo 1.8GHz processor, or an AMD Athlon x2 64 2.0GHz processor. So even if you do your gaming on a console and your PC is not a gaming machine, you won’t have any issues. Similarly, it only requires DirectX 9 and 2GB of available RAM.

The downside? It uses USB 2.0 instead of 3.1, so you might have some latency issues. Unfortunately, this is something you’re going to have to accept if you’re using an inexpensive capture card. It’s also not compatible with Mac, so Mac users will need to scroll down the page for another option.

One thing the Roxio Game Capture HD PRO does have is a set of component inputs in addition to the HDMI. As a result, you can even stream from older consoles like the N64, PlayStation 2, or GameCube. On all consoles, you can record at 1080p at up to 30 frames per second.

The Game Capture HD PRO uses an auto-capturing feature that records the last hour of gameplay. If you have any connection issues, you won’t lose your video. In addition, you get other streaming features like picture-in-picture boxes, on-screen text, and video transitions to help make your stream look more professional. Also notable is that you can live-stream directly to Twitch and Youtube and with SmartEncode you won’t have to wait as long for videos to render. 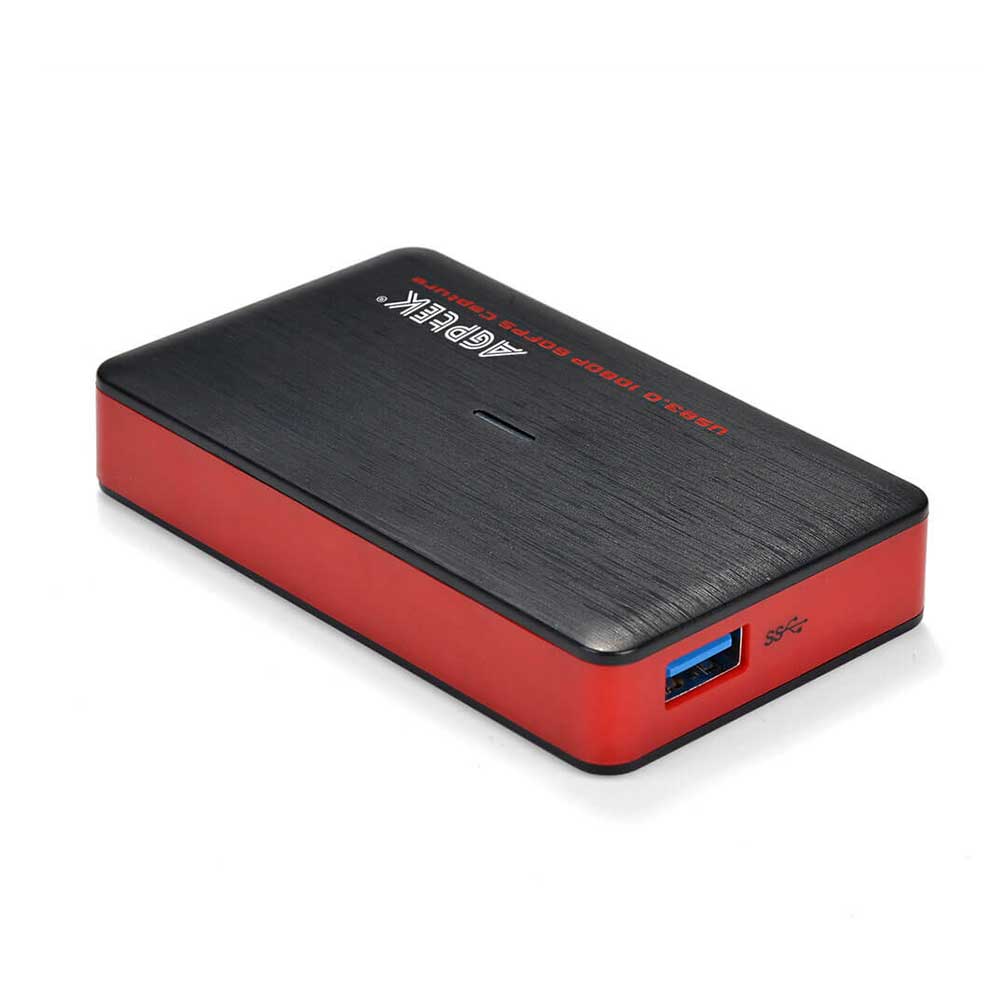 If you want to get a little more value for a few more dollars, the AGPTEK Video Capture is worth a second look. Like the Game Capture HD PRO, it connects to your PC via USB, so it’s a good choice if all your rig’s PCIe slots are already occupied.

There are a couple of significant features that make the MYPIN better than the Game Capture HD PRO. First off, it’s compatible with virtually any operating system. You can use it to stream your Nintendo Switch sessions through a Mac machine, or even through a Linux rig. Not too shabby!

The other improvement is that the MYPIN is capable of recording up to 60 frames per second (FPS). Since you’re going to get 60 FPS in docked mode anyway, you may as well take advantage of it and provide the highest quality stream you can manage. And all your audio will be automatically converted to 48KHz PCM stereo.

The MYPIN does not come with any dedicated streaming software, which might come as a disappointment to some users. However, it’s compatible with a wide variety of existing programs. These include OBS Studio, Real Producer Plus, Windows Media Encoder, QuickTime Broadcaster, QuickTime Player, and Wirecast.

With the MYPIN, you won’t have access to component input. That said, the HDMI input is compatible with any modern gaming console. In addition to the Nintendo Switch, you can stream from the PlayStation 3 PlayStation 4, Xbox 360, Xbox One, and Nintendo Wii U. 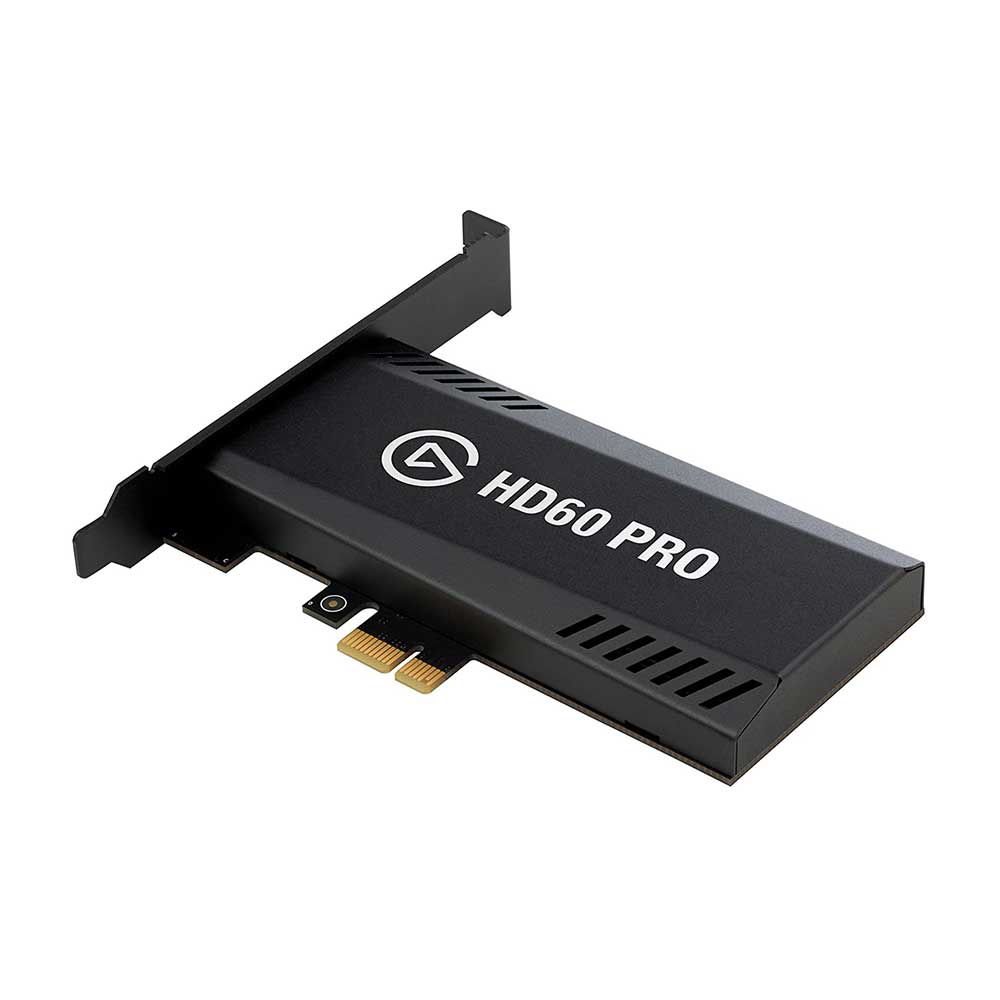 So, let’s say you’re willing to pay top dollar for the best Nintendo Switch capture card on the market. In that case, the Elgato Game Capture HD60 Pro is going to be right up your alley. Elgato is famous for producing high-end capture cards, and many of the most popular streamers use their products.
In the past, most Elgato capture cards used a USB connection. However, the Game Capture HD60 Pro installs in one of your PC’s PCIe slots. The upside of this is that it offers lower latency than a USB-connected capture card. The downside is that it requires a free PCIe slot, and it won’t work with a Mac machine.

The Game Capture HD60 Pro features a built-in H.264 encoder, which places less demand on your PC than some other capture cards. It requires an Intel Core i5-4XXX or better, and only requires an NVIDIA GeForce GTX600 or better. That said, it does require Windows 10 64-bit, so if you’ve got an older rig, you’re going to be out of luck.

The Game Capture HD60 Pro is capable of recording footage in 1080p at up to 60 FPS. Hence the name “HD60”. This allows you to take advantage of the full capabilities of your Nintendo Switch. It’s compatible not just with the Switch, but also with other modern consoles such as the Xbox One and PlayStation 4, and it does this with virtually zero lag.

In addition, the Game Capture HD60 Pro also includes a feature called “Instant Gameview”. This is another protocol that essentially reduces latency to zero, so your viewers will see exactly what’s happening on your screen. You also get flashback recording, which allows you to rewind your stream by up to 60 minutes if you forgot to start recording. 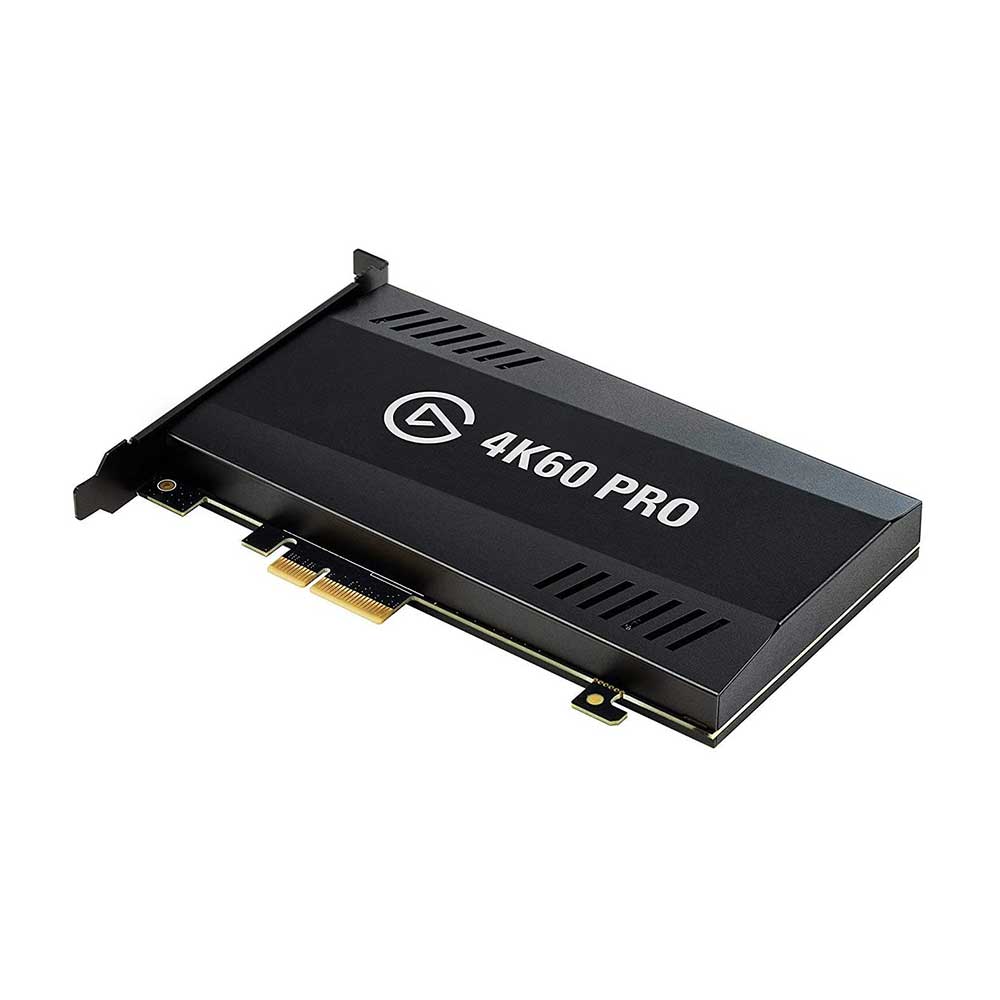 Before we go any further, we should point out that a 4K capture card isn’t going to provide any added benefit for the Nintendo Switch. The Switch only has a 1080p output, so the HD60 Pro will be all you need. That said, you might want a capture card that’s future-proof for next-generation consoles.

In that case, the Elgato Game Capture 4K60 Pro is a solid choice. Not only will it work with future game consoles, but it’s also a great choice for the Xbox One X and PlayStation 4 Pro. So if you’re streaming from multiple consoles, the 4K60 Pro will cover all of your bases.

The 4K60 Pro supports an HDMI input only. Still, this means it’s compatible with any modern gaming console, from the Xbox One to the PlayStation 4 to high-end PC games. If you want to stream in 2160p at 60 FPS, your Twitch or YouTube streams are going to look fantastic.

One nice feature of the 4K60 Pro is that it comes with its own software suite. If you don’t want to shell out extra cash for streaming software, you’ll already have everything you need to get started. That said, if you want to use a third-party software, the 4K60 Pro is compatible with most streaming software suites. If you already use OBS Studio or Windows Media Encoder, you won’t have any issues.

A major downside is that the 4K60 Pro doesn’t have built-in H.264 encoding. This means you’ll need a very powerful PC to take advantage of its awesomeness. At a minimum, you’ll need a 6th generation Intel Core i7 processor and a GTX 10XX graphics card. If you don’t own a modern gaming PC, you’re not going to be able to use this capture card.

What is a capture card?

A capture card is a specialized component that’s designed to capture gameplay footage in real-time. The term “card” is not entirely accurate. Some capture cards are indeed internal components that go in a PCIe slot. But others connect via USB, although these tend to be the more “budget range” options.

To properly use a capture card, your Switch will need to be in a docked configuration. If you’re using it in handheld mode, you won’t be able to complete the streaming process. Disconnect the HDMI cable from your TV, and plug it into the input port on your capture card instead. If you’re using an external capture card, now is the time to connect it to your PC with a USB cable.

Next, you’ll want to take a second HDMI cable, and run it from the output port on your capture card to your TV. Congratulations! Now you’re ready to record while you’re playing!

Now all you need to do is launch your streaming service and start streaming. Exactly how you do this will depend on which service you’re using. Regardless, make sure to select the capture card as your video input device. You’ll probably need to install some drivers to make this happen.

Keep in mind that the video quality is going to vary based on the capture card you choose. The best capture cards will use H.264 encoding, but other methods are possible. However, non-H.264 encoders willy typically require a more powerful PC for processing.

How much is a capture card for the Nintendo Switch?

Why are capture cards so expensive?

It’s not just the physical components that account for a capture card’s cost. A lot of time, research, and money go into testing these cards and setting up manufacturing. Companies also need to take into account the marketing of the product’s price just so people can know about it!

Does a capture card record audio?

Yes, all the cards that we recommend will record both video and audio. Otherwise, people would be missing out on half of the experience!