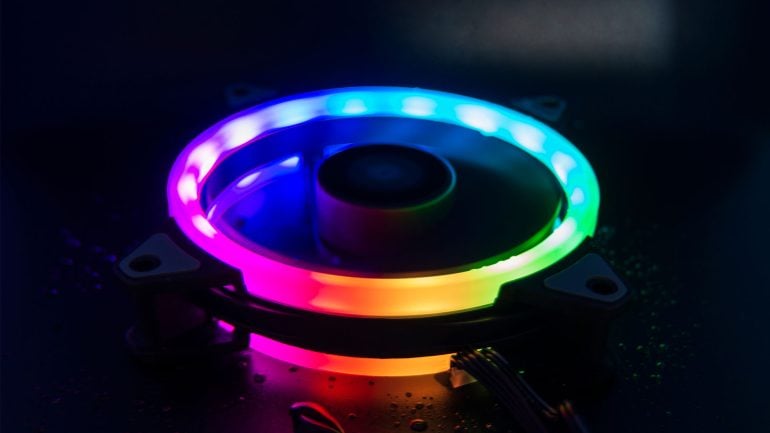 If you want a blinged out PC, check out these nine models of RGB fans.

If you want to equip your PC with some swag, adding a couple (or more than a couple) of RGB fans should do the trick. While RGB fans aren’t a match for the best non-RGB fans on the market, such as the models coming from Noctua, they provide the looks, something that is lacking in most performance-driven case fans and cooling components in general.

This is why this list isn’t about airflow, performance to noise ratios, thermal results, and such. No, this list includes the best RGB fans when it comes to the quality of the light show. In other words, it’s okay if they offer average or pretty good performance; as long as they aren’t horrendous in moving or pushing air out of your case, they’re good. We’ve included the best 120mm, 140mm, and 200mm RGB fans in three price categories. You have the best premium, best mid-range, and the best budget RGB fans, offering something for everyone.

If you value performance over aesthetics, check out our list of the best 140mm case fans. If you’re looking for a case to pair with some of the RGB fans featured below, we have a guide for the best RGB case that you might find interesting. Finally, some of the best RGB motherboards could be a perfect finishing touch for a full-on-RGB PC build. 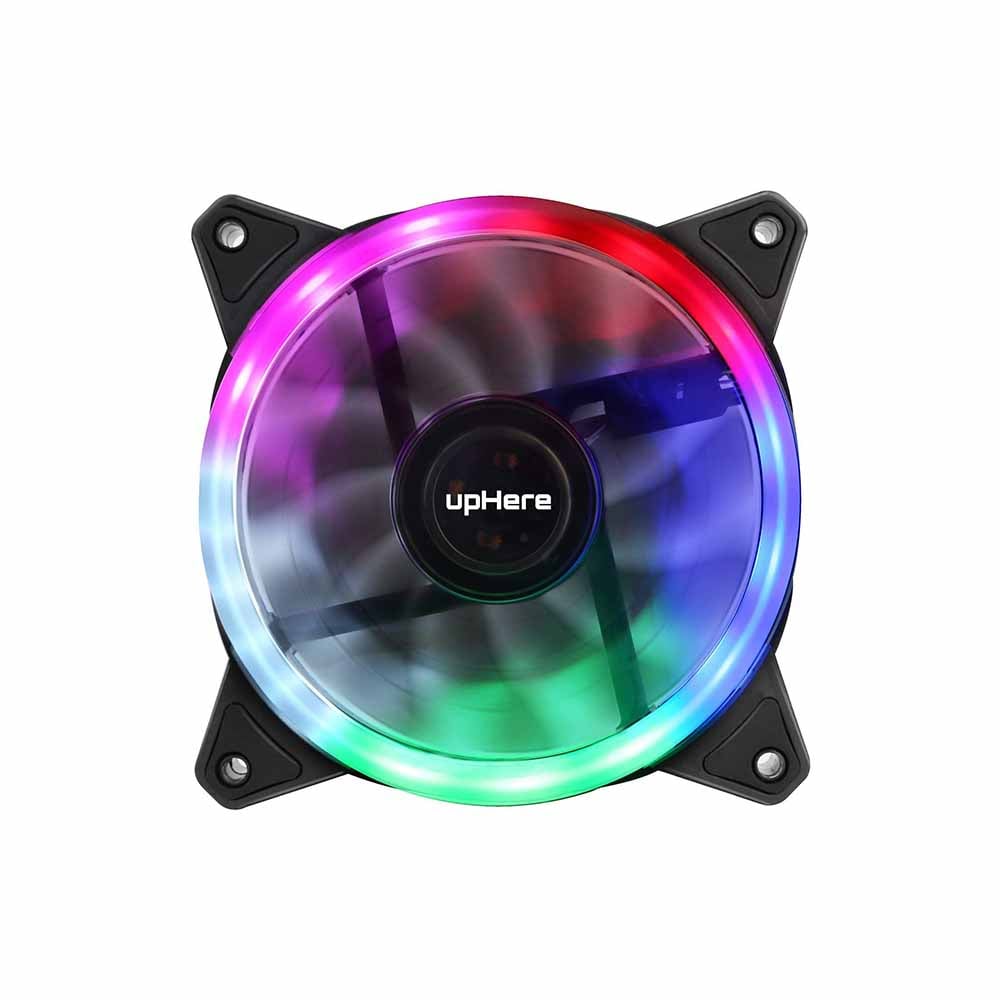 These RGB fans from upHere are dirt cheap while having really nice aesthetics. They come without any hardware or software for control, but their automatic light effects aren’t bad. The colors are bright and saturated, and LEDs change effects quite often.

A perfect choice for those who want a dirt-cheap RGB fan pack (these come in three) that will brighten up their PC case. Also, an excellent choice for users who don’t want to deal with RGB control software or connect their fans to the motherboard in order to change RGB effects, etc. These are pretty and very simple to install. 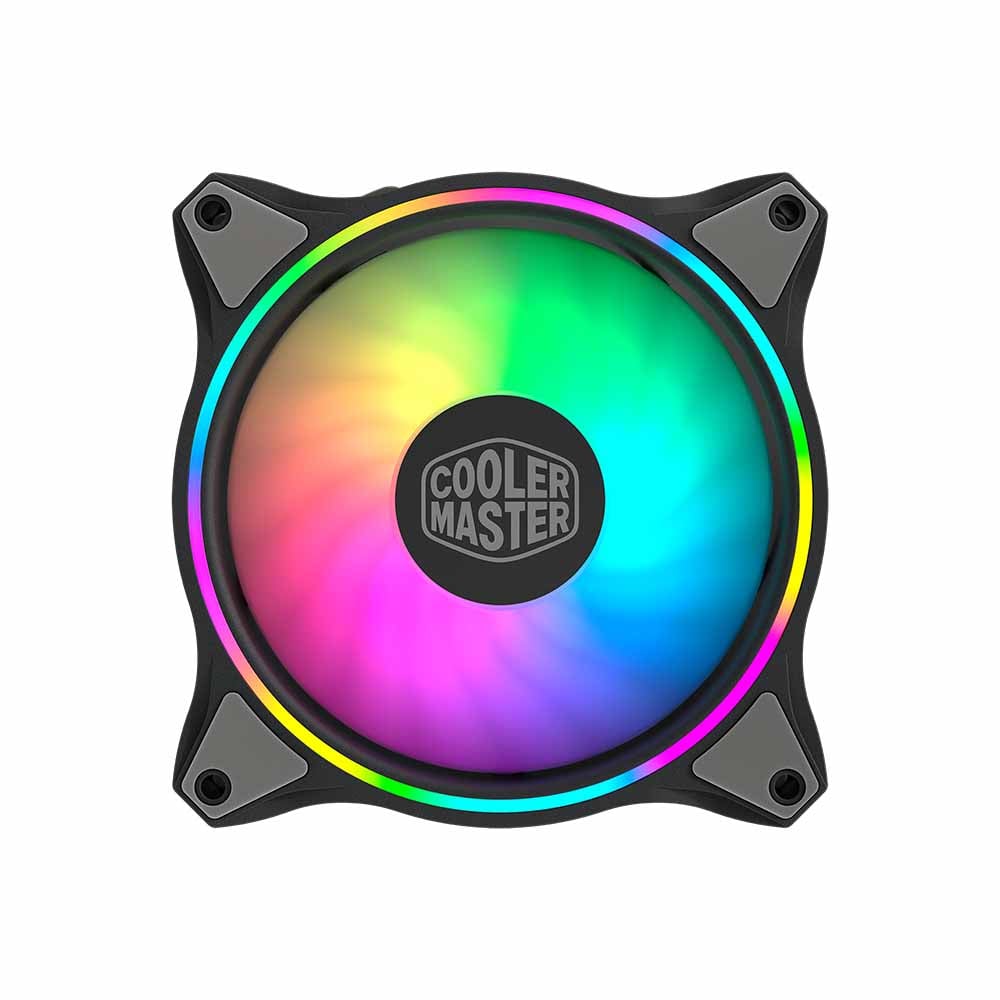 The MasterFan MF120 Halo fans are some of the prettiest RGB fans we’ve seen on the market and our choice for the best mid-range RGB case fans, at least when we’re talking about the 120mm category. They feature 24 individual LEDs on each fan along with a controller allowing users to pair fans with different RGB-enabled motherboards.

The selling point of MF120 Halo fans is the RGB strip encircling the fan body that enriches the already stunning RGB experience. It looks really cool and allows these fans to offer dual RGB surfaces.

The MF120 Halo have solid performance (nothing mind-blowing), but they can be pretty loud when running near max RPM. So, make sure to leave them at an automatic PWM setting to not worry about the noise. 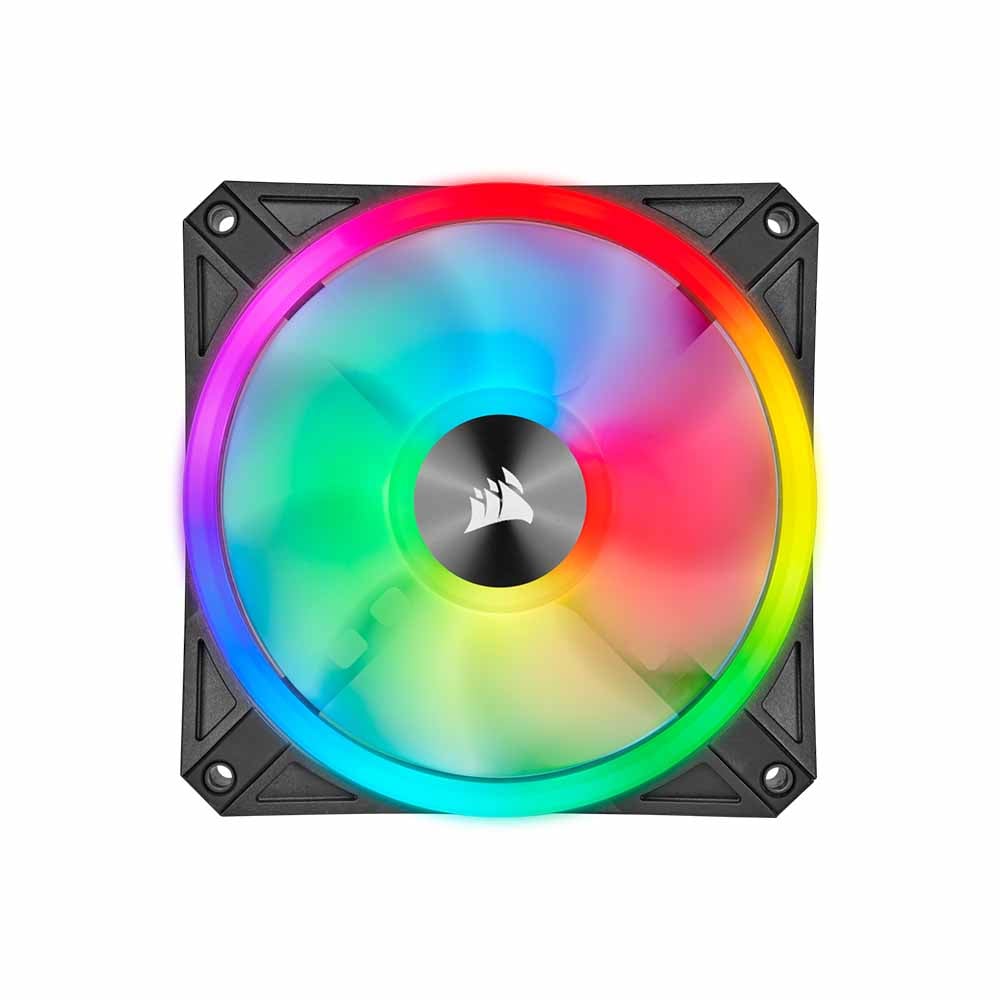 The Corsair iCUE QL120 is for RGB case fans what Noctua fans are in the world of non-RGB fans. This model offers more than solid performance (a great result for an RGB fan) while at the same time providing the best light show out of all RGB fans on the market.

The fans are very bright and include 34 individually addressable RGB LEDs on each unit. Coupled with the hardware RGB controller (included in the selling pack) and RGB software, the iCUE QL120 can switch between a huge number of different RGB effects. Just enter the RGB app and start being creative. 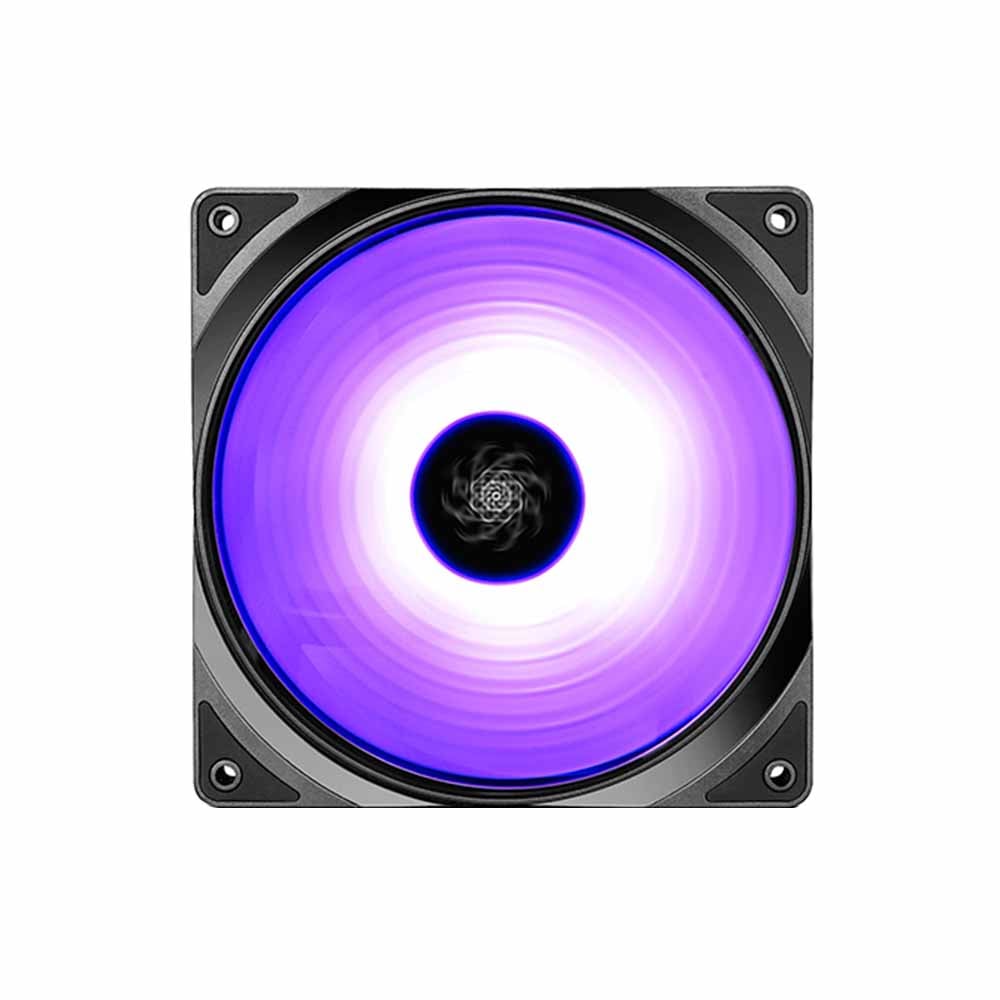 These 140mm RGB fans from DeepCool provide solid performance and pretty good airflow inside your case. Considering their price, the DeepCool CF140 are the best value RGB fans in the 140mm category.

These are definitely better than our budget 120mm choice, at least when it comes to performance. When it comes to aesthetics, both choices look great. Each CF140 features 12 LEDs in each fan, creating a bright and colorful RGB lighting that isn’t as rich as on Corsair RGB fans.

That’s alright since the CF140 cost just a fraction of the price of some high-end Corsair RGB fan models. If you need affordable and attractive RGB fans that also have pretty solid performance and that aren’t loud, the CF140 from Deep Cool is a great choice. 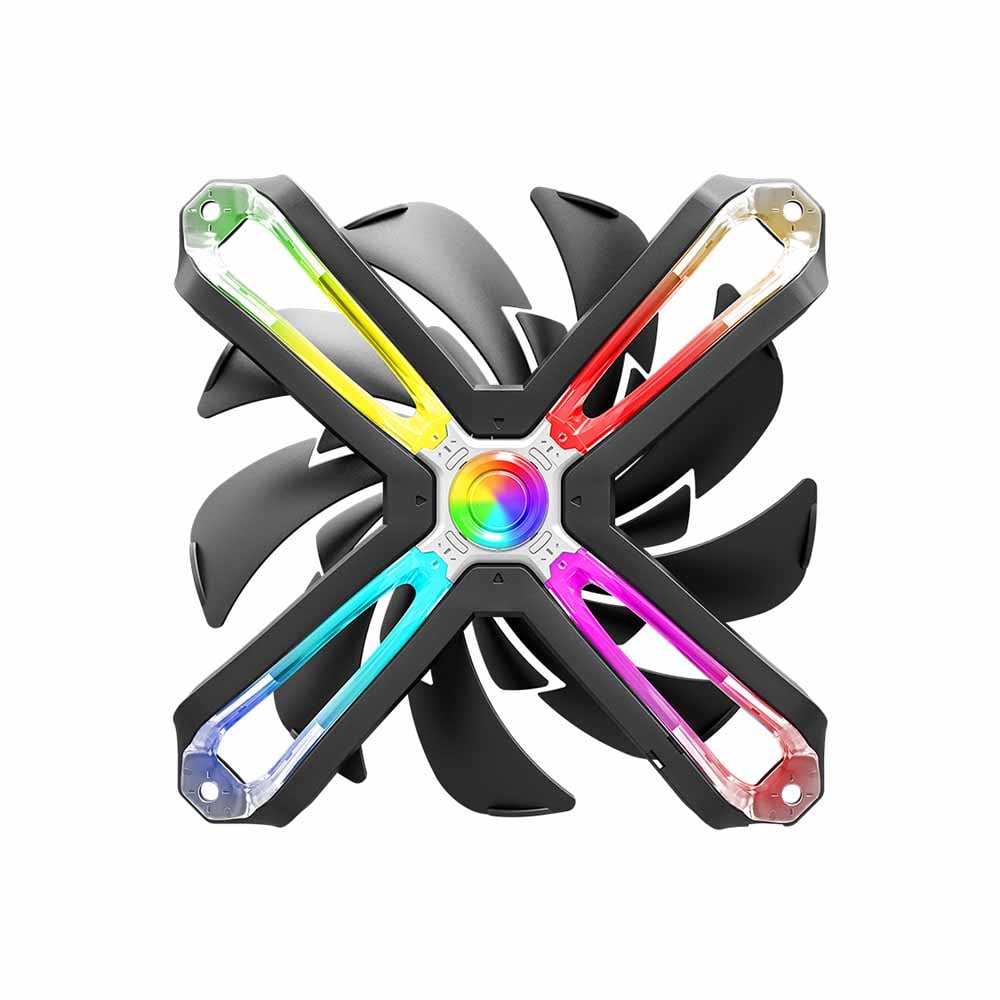 If you want a unique-looking RGB fan that isn’t expensive, the Zalman SF140 should be on your radar. Instead of putting LEDs on the body of the fan, Zalman put LEDs on the fan’s mounting brackets.

The result is unique RGB effects that you won’t see on any other RGB fan out there. The RGB effects are not only original but also very pleasant to the eye. The cross-like RGB pattern is pretty strong and illuminates objects around it.

Overall, the SF140 is the best RGB case fan in the mid-range category. Just be warry about some issues, such as LEDs dying after a couple of months. These aren’t the best when it comes to QA, but they sure look nice.

It isn’t the best in class but should be enough for most users. In other words, unless you need a silent fan with monstrous performance to push out all the hot air out from your OCed CPU and GPU, you’ll be fine. You can put multiple QL140s on your radiator, and they will do a solid job; just don’t expect the same results as with the best non-RGB fans. 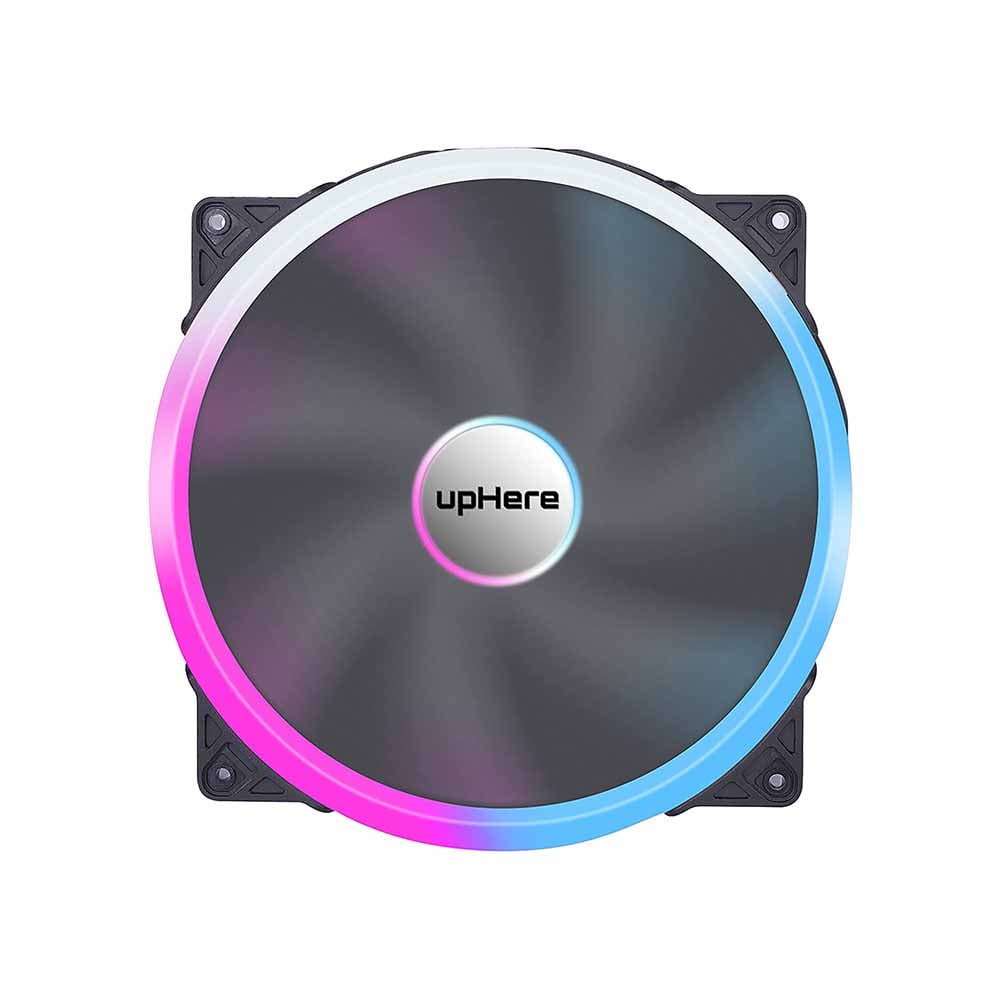 Those in need of the best value 200mm RGB case fan should take a look at the upHere P200RGB. The P200RGB is, when it comes to aesthetics, the best budget 200mm RGB fan on the market.

The LEDs are bright and emit excellent colors, and the fan is pretty quiet when working. Do note that the static pressure and overall cooling performance are disappointing, but hey, this is a dirt-cheap 200mm fan that also includes pretty good RGB lighting. For the price, this is an excellent 200mm RGB fan. 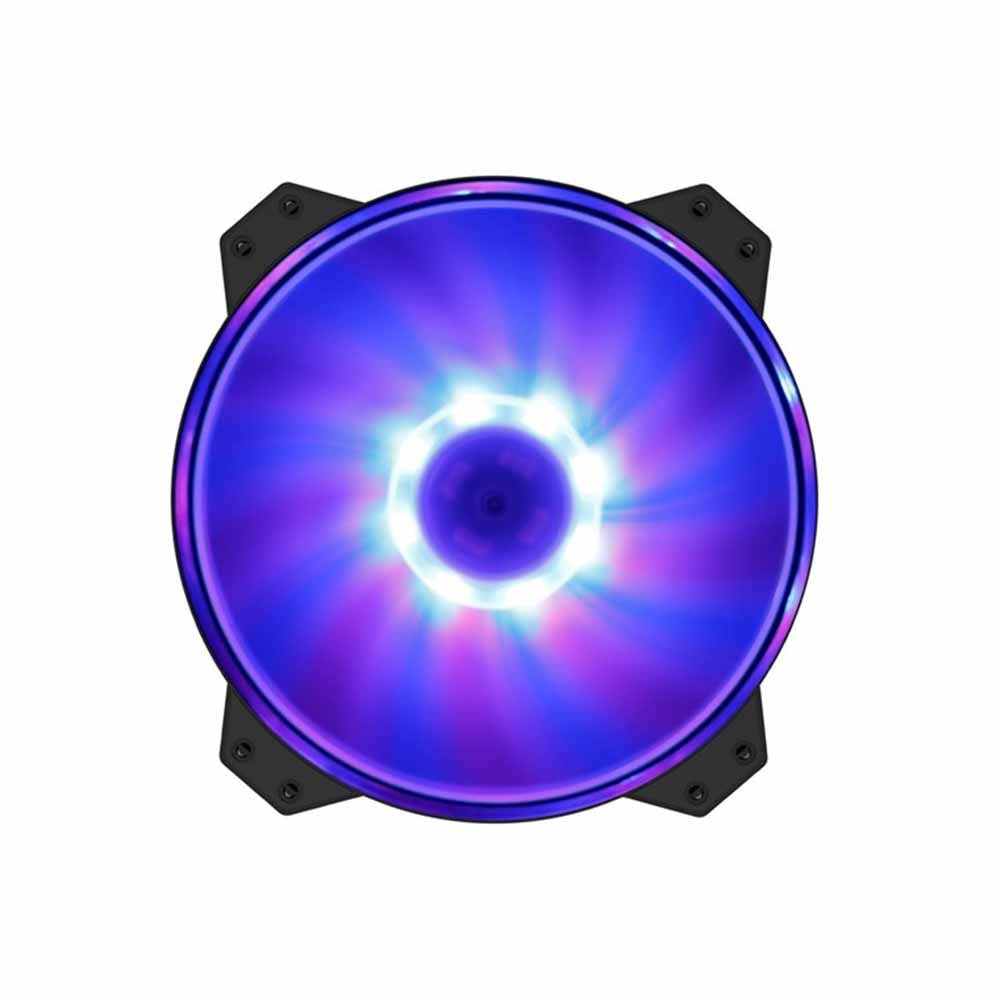 The MF200R RGB from Cooler Master offers average performance (about 90 CFM of static pressure, pretty low for a 200mm fan), but it does look pretty. The RGB LEDs work with most RGB apps on the market and are quite capable. Once you install the fan inside your case, you’ll notice pretty low noise and pretty bright LEDs.

For the price, this is a pretty good choice. While its performance is better than our budget pick, you’ll get almost the same RGB light show with that one for less money. On the other hand, this fan provides better thermals and looks sturdier. 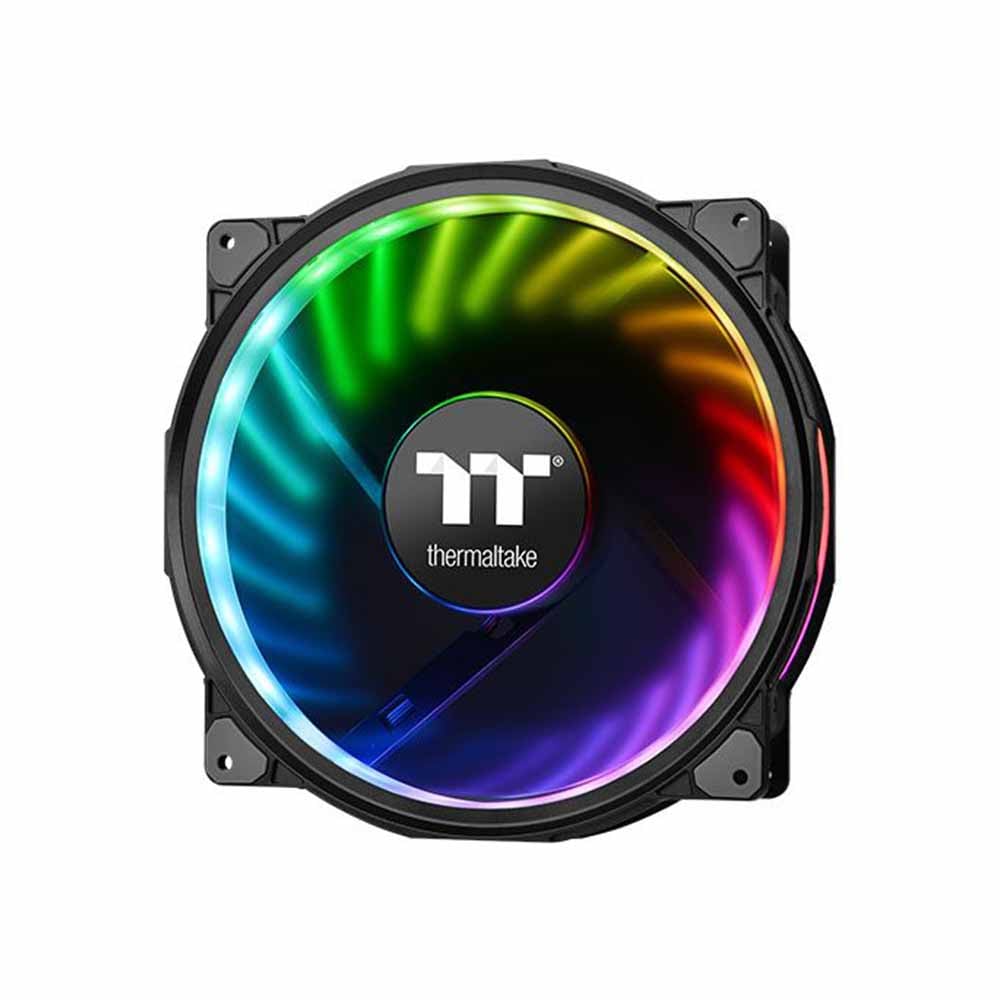 If you want the ultimate light show, check out the Thermaltake Riing Plus 20 RGB TT Premium. This is the ultimate 200mm RGB fan. It’s super bright, and the LEDs are much better than on the other two 200mm picks.

They are so saturated and rich that both previous choices pale in comparison. But this comes at a price. You can get four upHere P200RGB and two Cooler Master MF200R fans for the price of a single Riing Plus 20 RGB unit.

But if you want the richest and brightest RGB experience on a 200mm fan, the price shouldn’t be an issue. On top of all that, this fan also has a pretty solid thermal performance. Its noise levels are also pretty good, making this fan one all-around package that excels in the quality of its RGB lighting.