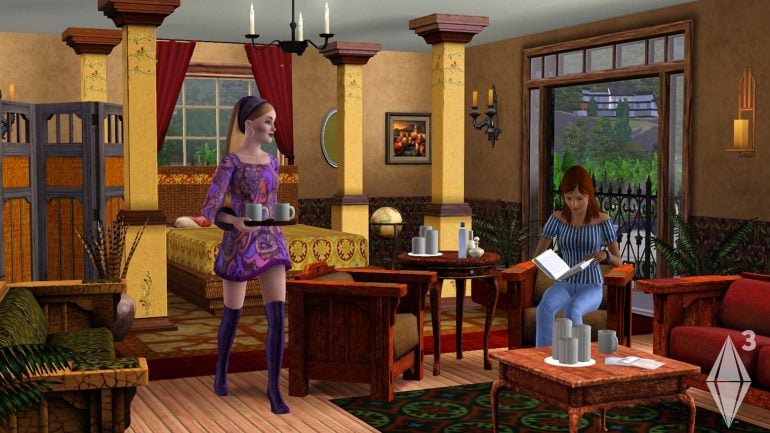 The Sims 3 isn’t exactly the latest Sims game you can play but even 11 years after it came out, the Sims 3 still has that immeasurable charm that keeps it fresh no matter how much you’re played the game in the past. One of the biggest reasons the game has stayed fresh more than a decade after it came out, aside from the charm, are mods for the game. Sims 3 mods are the heart and soul of the game and the modding community still creates new mods for the game, despite the game soon becoming technically a teenager.

The best Sims 3 mods can bring more content than every official expansion pack out there. They can improve the UI better than official updates, they can make the gameplay fresh and interesting, and they can introduce you to cool new ways to play the game you’ve never thought were possible. Today, we will cover the best Sims 3 mods, will explain why they’re the best of the best, and will try to make you get back to one of the best life simulators out there.

Let’s start with a utility mod that makes Sims 3 much more fluid and less buggy. Overwatch is a sort of a cleaner for the game world, resetting stuck NPCs, dealing with memory leaks and lag issues, and offering players a suite of options to further clean the world of stuff that can induce lag (like turning off all electrical appliances in game).

All this is done automatically each night. All you have to do is set preferred options and let Overwatch take care of the rest. It activates and cleans the game not only during the night but also when loading a save. Overwatch is a great Sims 3 mod even for people who prefer playing the mod-free, base game, since it doesn’t affect gameplay and doesn’t add new stuff.

No matter whether you’ve already played the hell out of Sims 3 or if you’re a new player the StoryProgression mod is a must have. Sims 3 is a great game, but Electronic Arts usually creates a nice outer shell and enriches it with a ton of DLCs while slacking on gameplay systems (Sims 4 anyone?), a thing that plagues Sims 3 as well as many other EA video games. One of the systems that feels lacking is definitely the default story progression for NPCs.

If you’re not controlling them, NPC sims more or less live through a groundhog day without much change in their lives. Well, Story Progression adds dynamic life events (like marrying, switching careers, divorcing or breaking up) to all sims on the map. Not only that, the mod also allows players to control the life of each sim, along with setting up its traits, skills, and other variables. All you have to do is download optional modules offered with the base mod. Another cool mod we recommend pairing with the Story Progression is More Traits for All Ages mod. This mod expands the max number of traits each sim can get, making the game hell of a lot more fun to play.

Woohooer and Returned Attraction System are interesting mods that introduce a ton of tweaks to the game’s default romancing system. They make it less rigid, introduce new rules variables when romancing other sims, and overhaul the system with more realistic behaviors, as well as new “Woohoo” moments that come with their own risks (like teen pregnancy).

We continue with another powerful tool that greatly expands the level of control you have over every sim populating your game world. You can create new relationships, assign unique job roles to each sim, and much more. One of the star features of this mod is allowing players to have more freedom when creating sims in CAS (create a sim) mode.

MasterController mod is also an essential tool for everyone diving into gameplay altering mods. It allows players to manage those mods, to optimize their impact and the way they affect the game. A must have mod for anyone wanting to play Sims 3 with mods.

Retuner is a Sims 3 mod made for players who want to have complete control over their gaming experience. This mod allows users to tune and tweak all kinds of stuff. You can decrease or increase the challenge by tweaking prices. Or maybe manually control automatic interactions. Retuner is quite powerful and has a ton of options. You’ll probably need some time to learn how it all works but once you do, the whole world of game-altering tweaks will be at your grasp.

Tagger is a QoL mod that makes it possible for players to tag and then follow anyone in their game world. This way you can quickly find any NPC, at any given moment, no matter where they are. Aside from providing a neat FindMySim feature, Tagger is also useful because it provides various info about every sim you’ve tagged. Stuff like net worth, relationship status, etc.

Next we have two mods for people who want to live with NPC families and for those who want to roleplay as tenants or landlords. The first mod allows players to live on the same lot with multiple families. NPC families are living their life without the option to control them. A useful mod to have if you want to create a college dorm, have a desire to live in an apartment building, or just want to live surrounded by other people.

The next mod (Roommates Fix) allows players to play as tenants or landlords, full with boons and responsibilities that come with both roles. As a tenant you have to pay rent on time, but also don’t have to pay for the majority of repairs. As a landlord you need to take care about your tenants, but you also collect rents. Do note that this mod requires Nraas StoryProgression Money to function properly.

Next couple of pieces of custom content are three mods that greatly expand Sims 3 careers. The first mod, Midnitetech’s Career mod, adds dozens of new careers that allow you to be an archaeologist, astronomer, or disaster insurance adjuster (yep, that’s a real career choice). The mod is jam-packed with diverse careers so make sure to explore it and find your dream job.

Next we have the Ultimate Careers mod. Ultimate Careers allows players to follow their Sim to work. They can watch how their sim is working their ass off, or just slacking behind the desk. You can assign different lots in game to different careers.

Last but not least we have the Job Overhaul mod. This is a simple mod that adds job interviews. Not only do your sims have to get on the interview on time, a better candidate can now get the job! This gives the game a new level of dynamic and doesn’t allow players to get their dream job so easily. For the best experience combine all three mods.

Okay, this is a mod for tryhards. If you think that Maxis made earning money too easy in the Sims 3, get the minimum wage mod. It does just two things that drastically change the in-game difficulty. First of all, all careers’ base pay decreases to $8 or lower while working hours increase. Next, raises are now way lower. This creates a more realistic but also harder experience that can be a ton of joy for people who like a challenge, or for roleplaying sessions. Everyone else can skip this mod.

Dresser is an interesting mod that automatically alters the appearance of every NPC sim. The mod comes with a huge number of new accessories, hairstyles, makeup, and clothes. Install it and your sims will be truly unique, at least when it comes to their outside looks.

Resources For Downloading Additional Sims 2, Sims 3, and the Sims 4 Mods

Some of the Sims 3 mods we recommend that haven’t made their way on the list include stuff like Blue Skies & Sunshine Lighting Mod and Snow but Better that make the lighting, snow, and other visual effects much nicer. If you like to take a bunch of screenshots check out the Screenshot Backdrop and Time Shifter mods. Finally, if you played the game to death and can’t stand the usual loading screen, install the Loading Screen Replacer mod.

Now, this list is just the tip of the iceberg when it comes to quality Sims 3 mods. We didn’t show any mods that add cosmetic content to the game such as new clothes, houses, and such. This is a subjective category so we recommend visiting Modthesims.info website that has a ton of content for sims video games. There, you can also download for the Sims 2 and 4, which are available in droves.
Next we have nraas.net website, filled with mods that alter the gameplay and underlying game systems. The site doesn’t have nearly as many mods as Modthesims, but it is the first choice when it comes to Sims 3 gameplay mods.