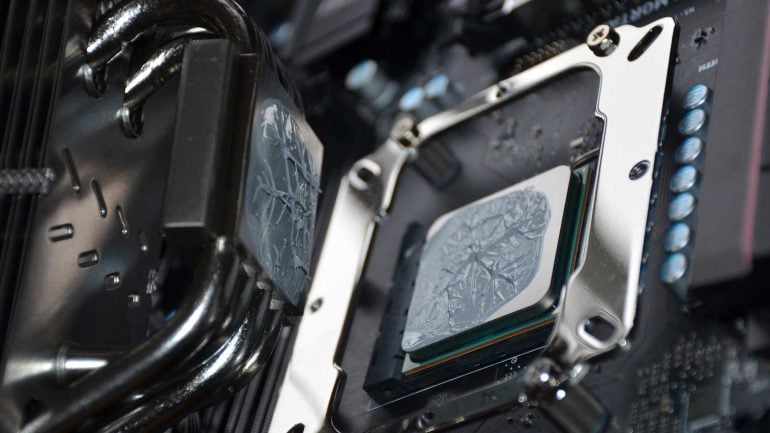 Find out which thermal paste works best to maximize your CPU or GPU performance.

Thermal paste, thermal grease, or thermal compound is not a hugely popular part of the DIY PC market. After all, most CPU coolers come with a pre-applied thermal paste or a small amount of thermal grease to apply over the CPU. But if you’re rocking an older PC or a laptop that started showing thermal issues, a new layer of thermal paste could put the temperatures under control. The same goes for GPUs. If you bought a used graphics card that’s hotter than expected, try reapplying thermal paste over the die, but only after you made sure a dirty heatsink wasn’t the issue.

Anyway, whatever your reason for putting a new thermal paste layer may be, read on and find out the best thermal pastes you can get right now. We have premium stuff, budget options, and a couple of liquid metal solutions. 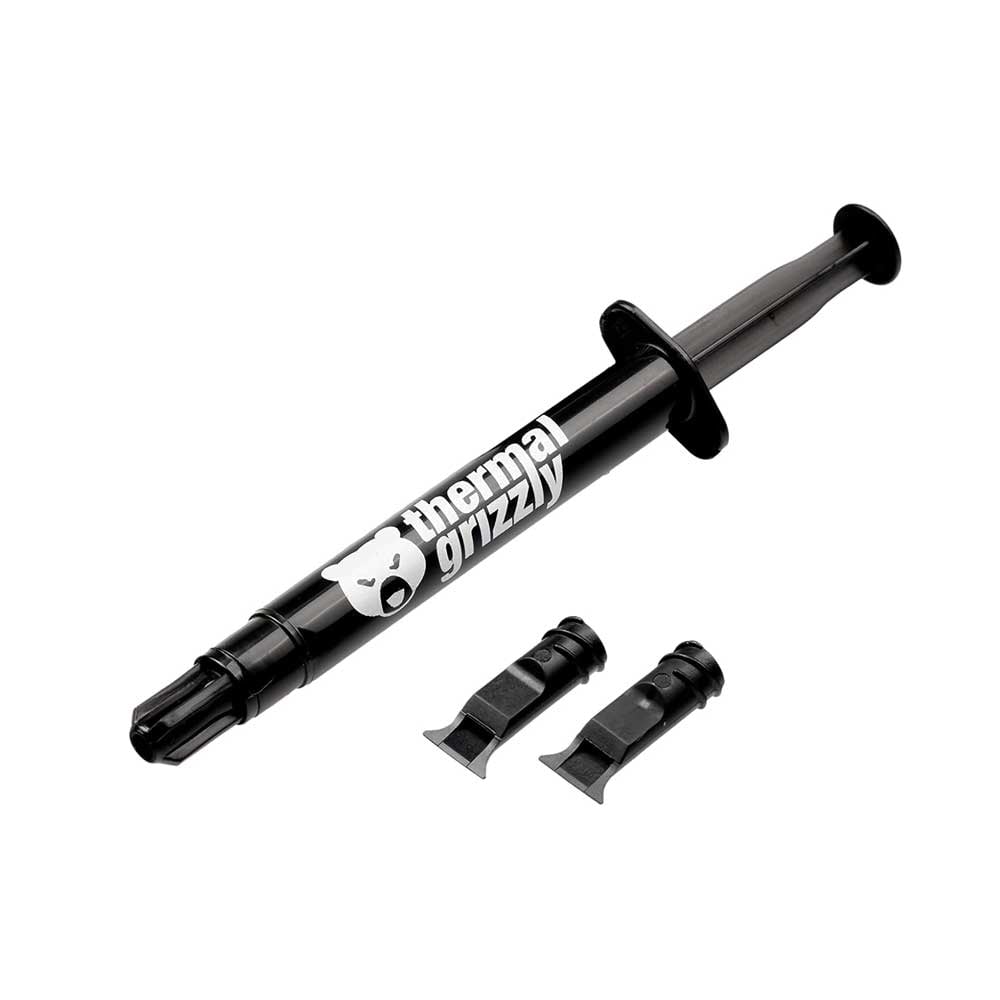 The Kryonaut isn’t the best overall thermal paste when it comes to thermals. But, this thermal grease achieves about 95 percent of the performance of the absolute best thermal compounds out there while being extremely easy to work with and very easy to find and buy.

The paste is mildly viscous and comes with a tiny spatula for applying the compound to the IHS/die. We recommend it to everyone who wants excellent results while overclocking and are ready to pay the price. The high price is the main downside of the Thermal Grizzly Kryonaut. If you’re a regular user, check one of our budget picks. 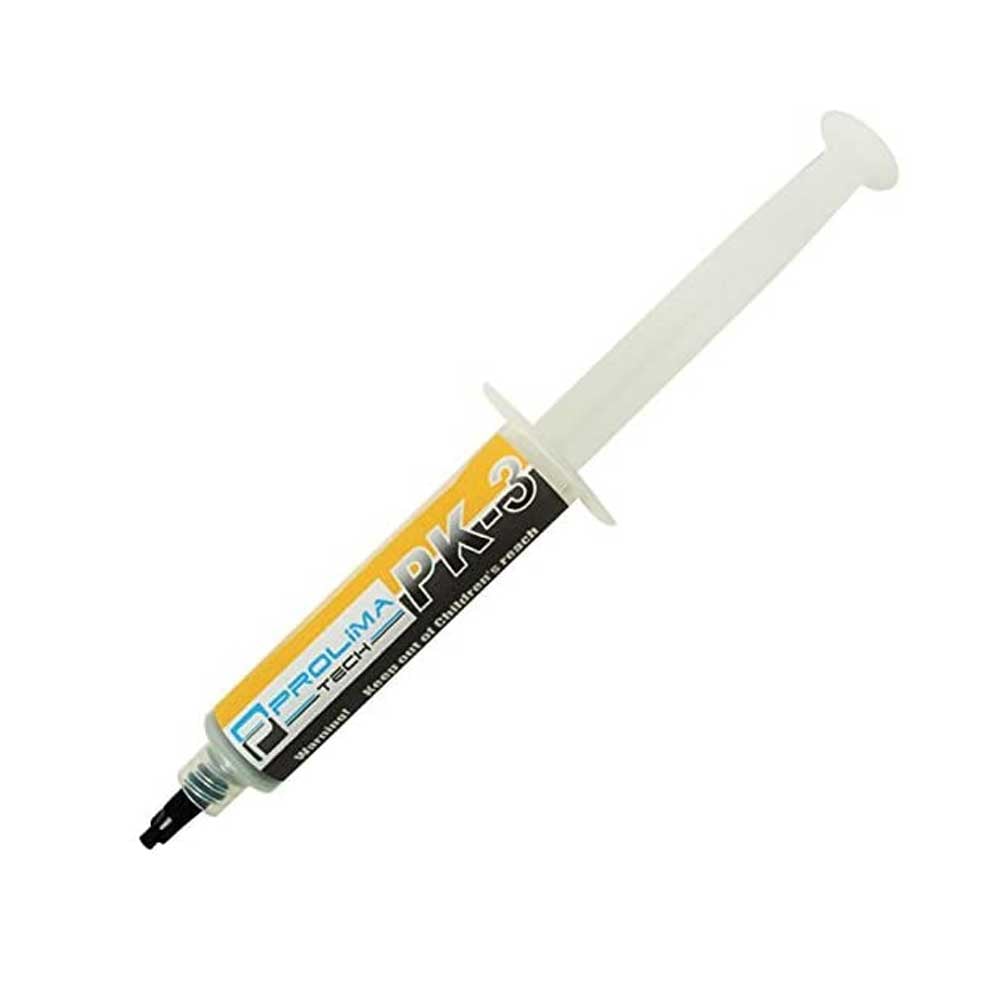 The PK-3 Nano Aluminum from ProlimaTech is one of the best performing thermal greases around. It’s better than the Kryonaut but is harder to find so we didn’t place it on the top spot. This is the right choice for users who want the absolute best performance unless they’re ready to pay a premium price for something like the IC Diamond.

The IC Diamond is also a great alternative if you absolutely do not care about the price. Just remember that the IC Diamond can leave scratch marks on your CPU/GPU die so we don’t recommend it for using it on a lapped CPU or GPU die. 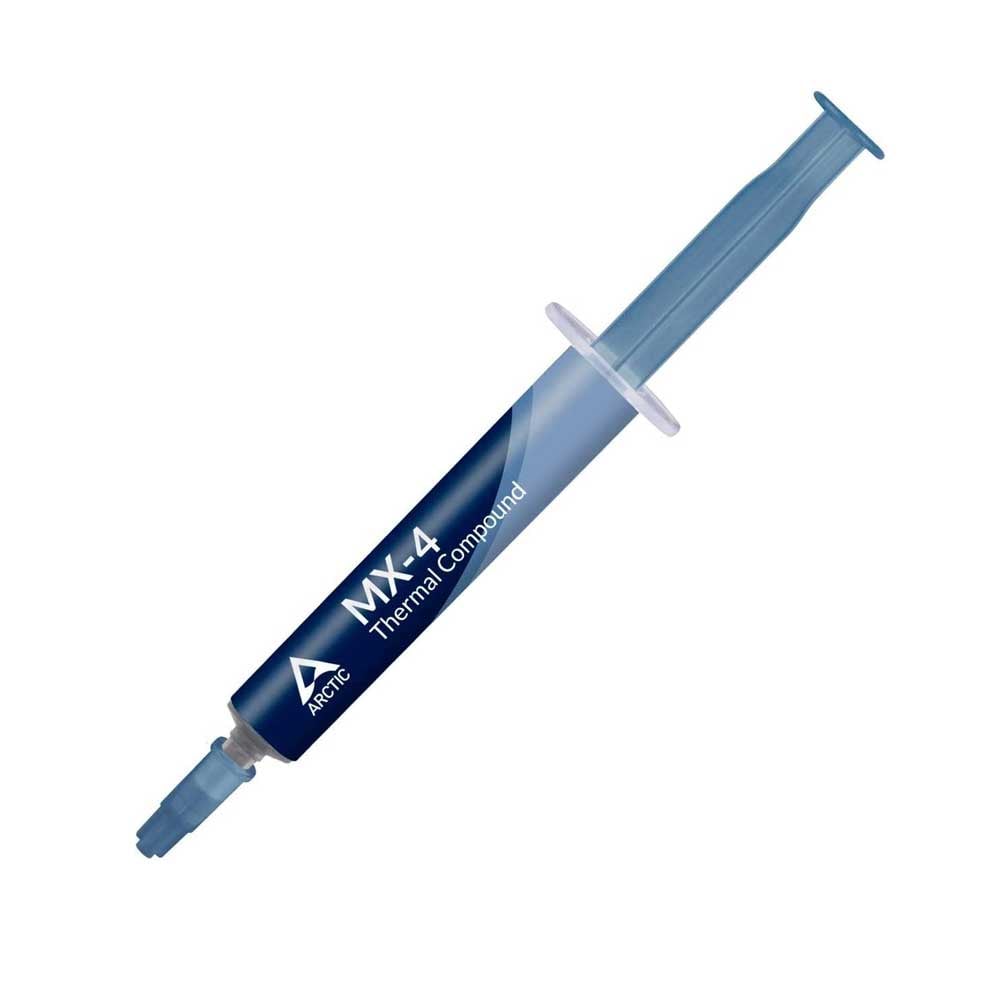 The Arctic MX4 is one of the cheapest thermal compounds you can get. And it’s also one of the best-performing ones. It’s dirt cheap so we recommend it to most users who want a thermal paste with excellent performance that doesn’t come with a price premium.

Do note that the MX4 doesn’t work best with liquid cooling cold plates so if you have an AIO or a liquid-cooled PC, it’s better to skip this one and get our next pick. Finally, when picking the size, 2 grams is more than enough for both the CPU and GPU. If you plan on replacing the thermal paste on your CPU, GPU, and laptop, get a larger size. 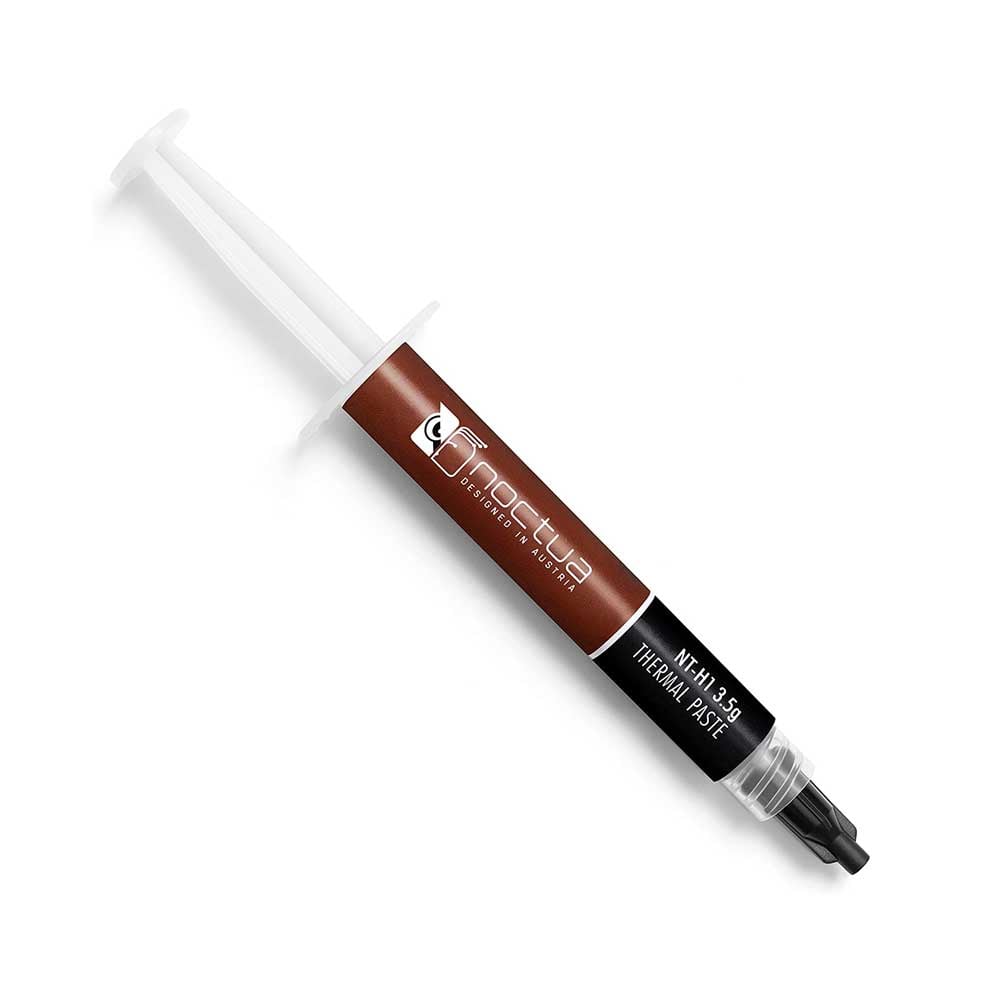 The NT-H1 from Noctua is another thermal paste that’s been on the market for a long, long time. And it’s also one of the best performing thermal compounds, notwithstanding liquid metal greases. It comes extremely close to the Kryonaut, for instance, while costing noticeably less.

That said, the MX4 from Arctic has almost the same performance while being cheaper, at least when it comes to air-cooled systems. If you’re using an AIO or a custom loop, we recommend getting the NT-H1. It’s easy to work with, comes with a spatula, and can hold its ground against high-end thermal paste compounds. 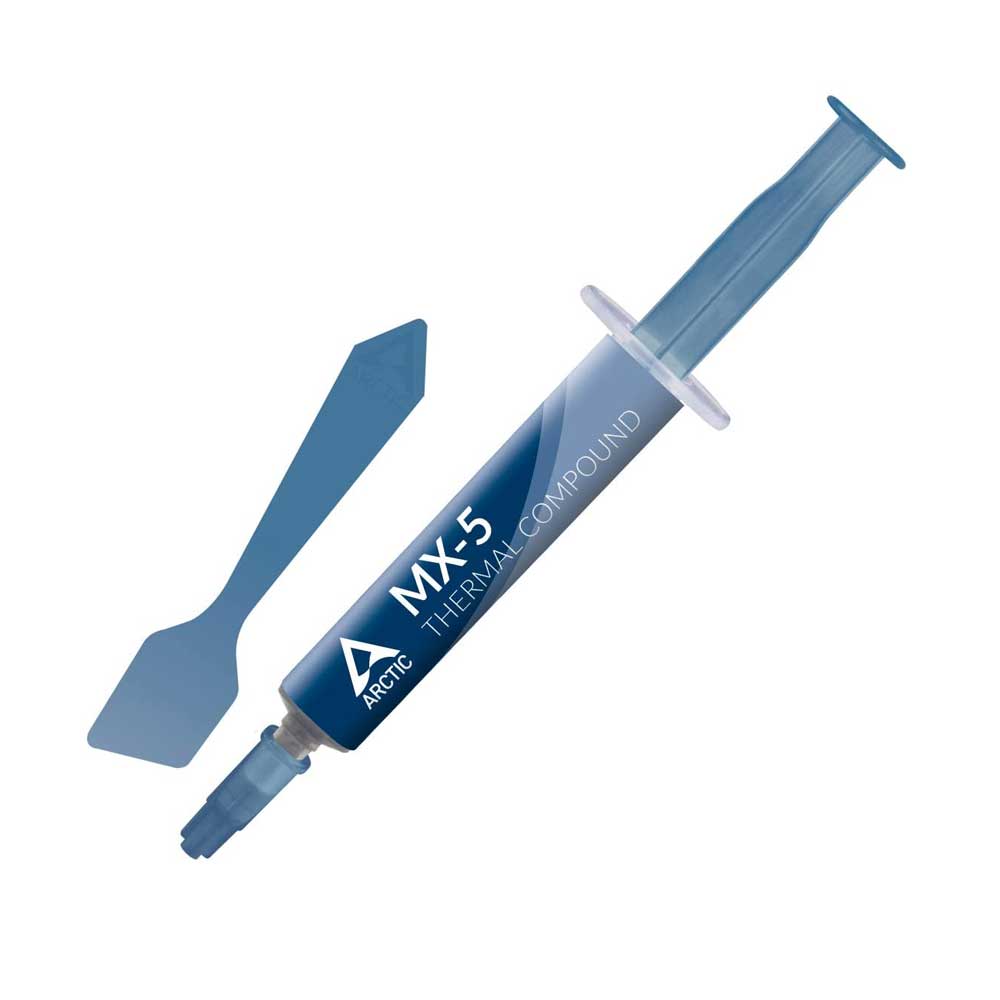 The Arctic MX5 and the Noctua NT-H2 are new additions to the Arctic and Noctua thermal compound lineups, meant to replace the legendary MX4 and NT-H1. Performance-wise, the MX5 is a bit better than the MX4. When it comes to the NT-H2, it’s virtually the same as its predecessor so get the original if you can since it is cheaper.

Again, since the MX5 doesn’t have the best performance when coupled with an AIO cold plate, we recommend getting the NT-H2 over the MX5 if you’re running a liquid-cooled PC. Oh, and if you want a budget alternative to these two (or better to say four) compounds, check out the Corsair TM30. This is another great budget thermal paste. 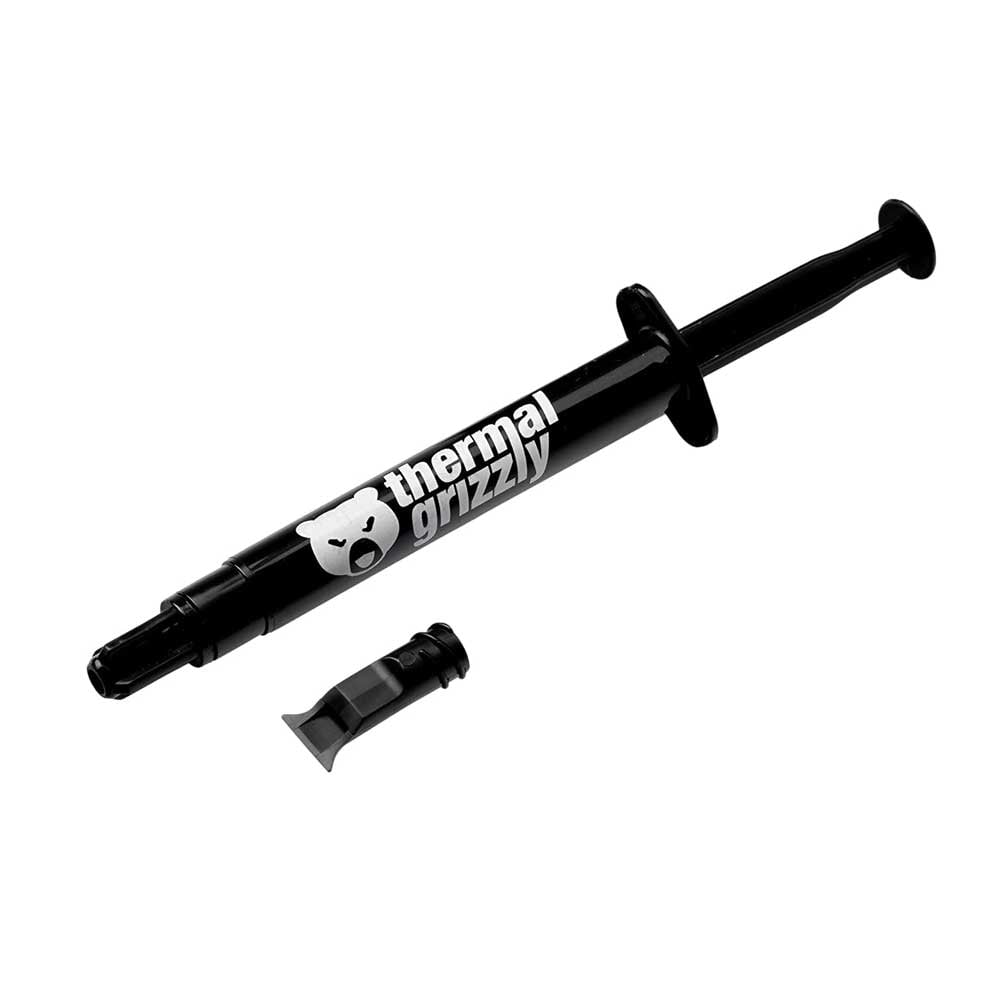 The Thermal Grizzly Hydronaut is specifically made to be used with water-cooled systems. That said, it has basically the same performance as the Kryonaut while being noticeably more expensive. But, the Hydronaut is much easier to spread so if you’re looking for that, get the Hydronaut. 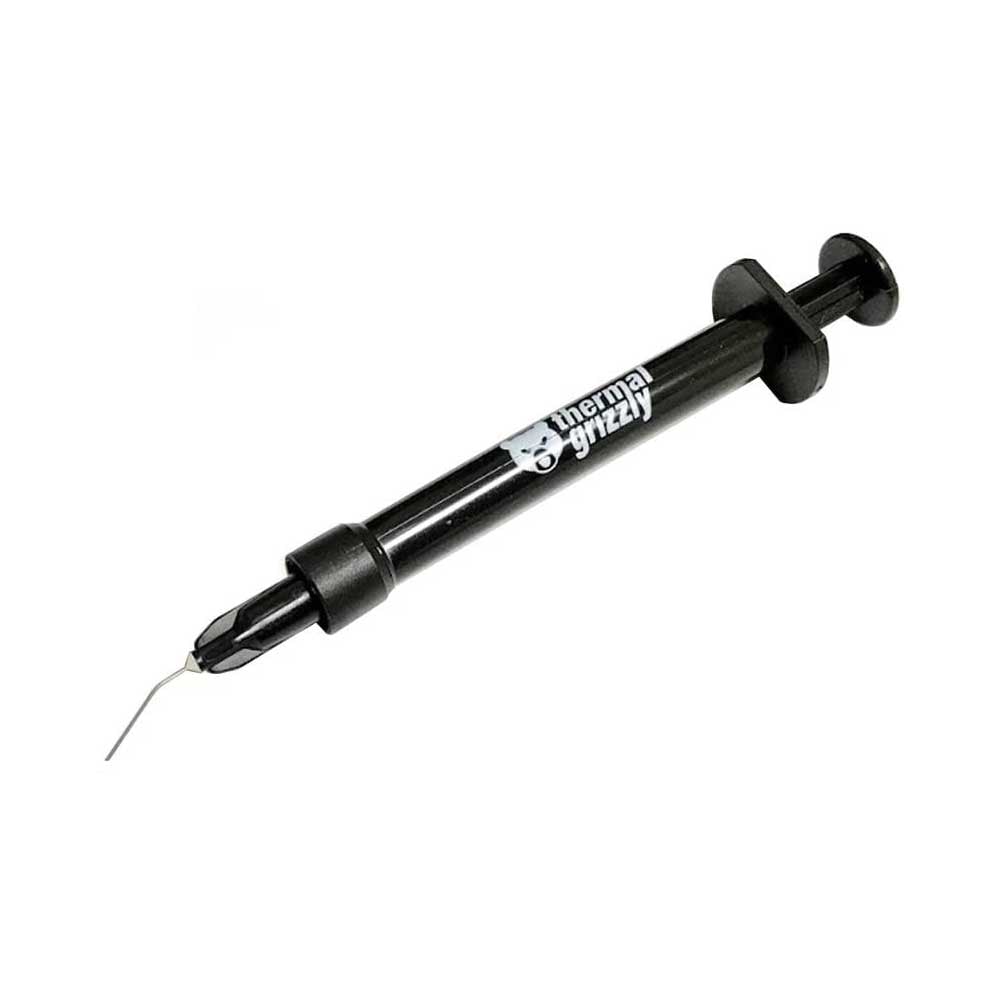 The Conductonaut from Thermal Grizzly is the best overall liquid metal thermal compound you can find. One of its biggest advantages over its peers is the fact that this one’s relatively easy to apply. Remember, liquid metal can be a pain to apply over the IHS/die. One mistake and you can experience a slew of issues.

That said, this is still a liquid metal compound meaning it’s way trickier to apply than a regular thermal grease. If you aren’t planning to overclock your CPU and your graphics card to their limits and are fine with having temperatures that are, on average, 3-5 degrees Celsius higher than using liquid metal, you’ll be fine with regular thermal grease. 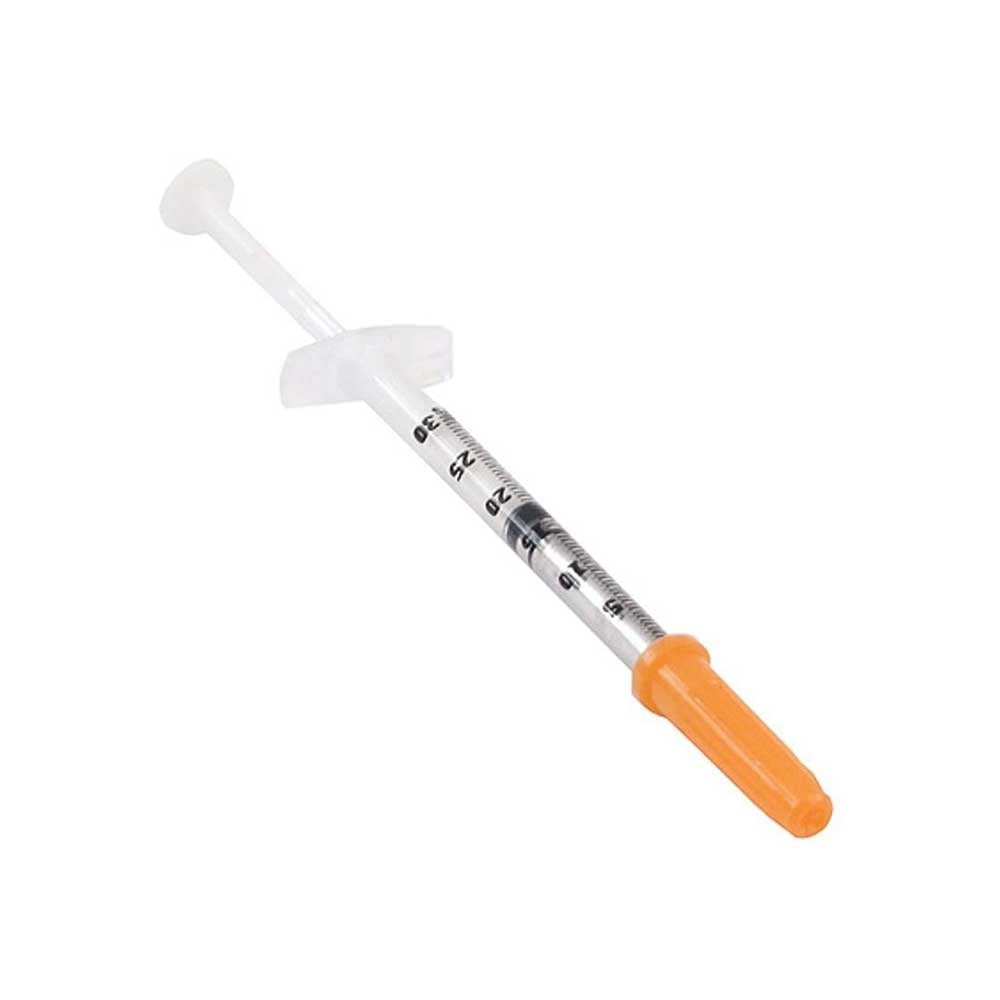 Last but not least, we have the Phobya Liquid Metal, which is a highly affordable liquid metal paste. It has excellent performance and costs a fraction of the price of the high-end solutions. Just remember, this one’s as tricky to apply as other liquid metal compounds, so use it only if you know what you’re doing.

There are multiple variations of the thermal paste formula. Some use ceramic-based particles to conduct heat while others rely on metal particles (including liquid metal thermal compounds). We also have carbon-based thermal greases as well as hybrid ones.

Most variations are electrically non-conductive (all except liquid metal ones), and all of them feature increased thermal conductivity. After all, the purpose of the thermal grease is to push as much heat as possible from the IHS (integrated heat spreader that’s found on top of every CPU die) and the die itself (in case of GPUs) to the heatsink or the AIO CPU cooler cold plate.

For most users, a quality budget paste (usually ceramic or silicone-based) is everything they need. They usually achieve more than 90 percent of the thermal performance of the high-end thermal compounds while costing a fraction of the price. High-end thermal paste compounds should be considered only by extreme overclockers because, under normal circumstances, differences in thermals aren’t worth the price difference.

If you’re thinking about getting a liquid metal thermal compound, do not even think about going sub-zero. In other words, don’t combine liquid metal and liquid nitrogen. Liquid metal is exceptional at transferring heat at normal room temperature, but its thermal conductivity takes a nosedive once you go under 8 degrees Celsius. Also, liquid metal is terrible for aluminum-based heatsinks since it can damage them.

Gallium (the usual ingredient in liquid metal thermal compounds) and aluminum interact in a way that creates oxide on the surface of aluminum and creates an aluminum-gallium alloy. In other words, you’ll ruin both the heatsink and the thermal compound. When it comes to copper (often found on laptop heatsinks), it reacts with gallium but is not as intense to create issues. In other words, there should be some stains on the heatsink surface, but this combination is safe. Nickel (used as a plating for copper heatsinks and IHSs) doesn’t react with gallium, making it the best combination to use with liquid metal thermal compounds.

Finally, being electrically conductive means you have to be extra careful when applying liquid metal to the CPU or GPU. Especially the GPU since you can often find smaller components placed near the GPU die. A thin layer of nail polish around the die will insulate these components, so try doing that if you plan on covering your GPU with liquid metal.

Before moving to the next section, do note that applying a new layer of thermal paste on a used GPU doesn’t have to lead to lower thermals. We always recommend a detailed cleanup of the GPU heatsink first before removing it. If you decide to replace the paste on your GPU, replace thermal pads at the same time. AIB cards usually come with the cheapest thermal pads available (even the high-end models), meaning that new thermal pads can lower thermals much better than a new layer of thermal grease. If you still can’t notice the difference, think about getting a custom GPU heatsink.

How to apply thermal paste and liquid metal thermal compounds

Applying regular thermal paste is quite simple. First, clean the IHS, or the GPU die either with cleaning tissues that came with your thermal paste or with a couple of sheets of a paper towel or a cotton swab soaked with medicinal alcohol. Then, leave the alcohol to evaporate. Finally, clean the IHS/die again with a clean (and dry) sheet of paper towel.

Then, apply the thermal grease. Either squeeze a pea-like amount of the paste on the middle or apply the grease in an X shape. Or squeeze the paste on the center of the IHS and use the supplied spatula to spread it over the IHS. Also, it’s better to place a bit extra paste than end up with not enough paste, which can lead to noticeably worse thermals. Thermals will be higher if you go overboard, but you have to like squeeze half of the tube for that.

When it comes to liquid metal, the procedure is a bit more complex. You want to apply a tiny amount of the compound on the surface of the die, then spread it with a cotton swab or a thin brush. Be sure that the layer is very thin; otherwise, the metal could reach the PCB, possibly damaging components since it can conduct electricity.

A word of advice. If you’re relatively inexperienced in replacing the thermal paste, avoid liquid metal ones. They’re tricky to apply, and since they’re, well, liquid, even using a tad too much compound on the IHS/die can cause the metal to spread to your motherboard and create a short circuit. Now, let’s show you the best thermal compounds for improving your CPU or GPU thermals.