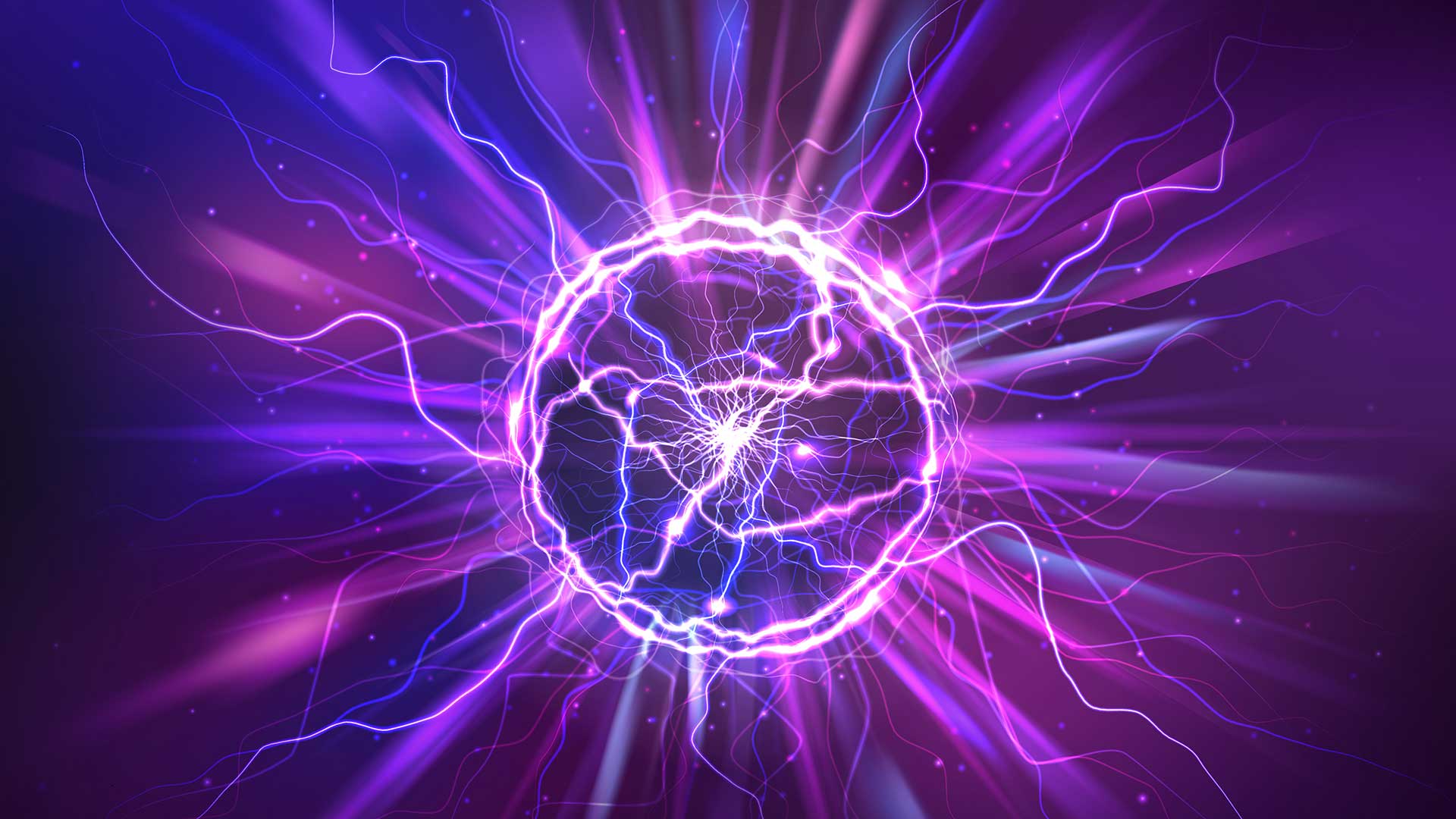 This is how to safely undervolt your CPU and GPU.

Undervolting your graphics card or processor is one of the easiest and pain-free ways to get lower thermals, less noise, and lower power consumption. These boons often come with minimal or zero performance impact. In some cases, like when fitting a massive graphics card into a tiny ITX case, undervolting the GPU is essential if you want to have safe operating temperatures. Today, we’ll explain what undervolting is, how it’s done, what are its benefits, and how to undervolt your GPU and/or CPU. Also, we’ll answer the question that probably comes to your mind each time you hear about undervolting – is undervolting your GPU and CPU safe?

Every component of your system runs at certain voltages, which regulate how much power each component consumes and how much it gets hot under load. The higher the voltage the higher the amount of power needed to keep the component running at its peak performance. But, higher voltage also comes with higher operating temperature and increased noise.

When it comes to the PC components, the two most important ones are the CPU and the GPU. They both perform by far the biggest amount of work, consume the biggest amount of power, and get hotter than any other component. Their operating voltages are often maxed out in order to reach the highest clocks, but this also comes with the price of increased thermals and more noise coming from fans.

Now, in some cases, higher operating voltage can bring noticeable improvements, but often, that’s not the case especially with GPUs. For instance, GPU boost technology found on Ampere cards allow the cards to boost to higher clocks if they have enough thermal headroom. But since they need lots of juice to run, the cards get hotter, and thus, their boost clocks get lowered.

With undervolting, you are lowering the operating voltage, which results in lower thermals. Lower thermals mean higher boost clocks. So, when you undervolt an RTX 3080, there’s a high chance the card will run at the same, or a bit higher boost clock than with default voltage while being cooler, quieter, and needing less power.

Of course, you cannot get the same results as when overclocking the card, but undervolting modern GPUs can give you a slight overclock (maybe a couple of percent better gaming performance) and lower thermals and noise. And free performance is always great, even if it’s only a frame or three.

CPU undervolting isn’t as popular as GPU undervolting. It’s probably because most users want to overclock their CPU, not potentially make it slower. Also, undervolting a desktop CPU includes tweaking BIOS settings, which is more complicated than GPU undervolting. Further, due to an exploit called Plundevolt, you can no longer undervolt Intel CPUs.

When it comes to Ryzen CPUs, undervolting didn’t really work well, until the Ryzen 5000-series CPUs came. Before, undervolting Ryzen CPUs meant noticeably lower performance unless you’re ready for a time consuming and complex procedure that capped certain clocks to certain voltages, which in turn limited your CPU’s boost clocks.

So, to summarize. Undervolting is a procedure where you lower the operating voltage of your GPU or CPU in order to get lower thermals and noise. When it comes to graphics cards, undervolting can cost you a frame or two. But in many cases, there’s no performance drop. You can even get a slight overclock at certain voltages, which is great. On the CPU side, Intel disabled undervolting because of an exploit called Plundervolt and when it comes to Ryzen, only 5000-series CPUs can benefit from undervolting.

Inherently, undervolting isn’t 100 percent safe because there’s always a slight chance of something going wrong. For instance, before Intel disabled CPU undervolting your CPU you could encounter a no boot situation.

But when it comes to GPU undervolting via MSI Afterburner and undervolting Ryzen 5000 CPUs via PBO2, there are multiple safety features in place to prevent you from bricking your GPU or CPU. In other words, even if you go too high or too low the safety measures will kick in long before you do any permanent damage to a component.

What are the benefits of undervolting your GPU or CPU?

Now, before showing you how to undervolt your GPU and Ryzen 5000 CPU, let’s summarize undervolting benefits.

Benefits of undervolting your GPU

Benefits of undervolting Your CPU

How to safely undervolt your GPU

The easiest way to safely undervolt your GPU is to use MSI Afterburner in combination with a monitoring app (for GPU undervolting we recommend using GPU-Z), a graphics benchmark, and a GPU-intensive video game.

First of all, run the benchmark you downloaded with your default settings and save the result, to have a point of comparison later. Next, install MSI Afterburner and then go online. Look for undervolt results other people got with your GPU or your specific card model. This is important because it can save you a lot of time and patience doing all the testing yourself.

Once you find the desired combination of boost clock and voltage, open the MSI Afterburner. Look for the Wi-Fi-like icon left to the Core Clock slider and open it. There you’ll find the voltage curve for your card. Once you open the voltage curve press the reset (undo button in the MSI Afterburner) button to reset the voltage settings. Then, set the max boost clock and voltage and click on the apply button.

Our settings, for the RTX 3070, are [email protected], which drops thermals for about five degrees Celsius and makes the card much quieter while offering about five percent better performance compared to default settings.

Now, it’s time for the testing. You can run something like the Superposition or 3D Mark Time Spy at max settings for about 20 minutes-half an hour and if the benchmark doesn’t crash, it’s time for the next step. Run the benchmark again, this time in benchmark mode, and compare undervolting results with default results. If you’re satisfied, move on to the next step. If you’re not, tweak clocks and voltage until you’re satisfied with thermals and performance.

Once you find your sweet voltage-to-boost clock spot, it’s time for real-world testing. Launch a graphically intensive game (we used Cyberpunk 2077 with all settings maxed) and play it for about half an hour-one hour. If all goes well and the game isn’t crashing you’re fine. You could run a benchmark loop overnight to further test stability but, in general,  if a demanding game works without issues for an hour or so, you should be fine.

How to safely undervolt your CPU

Since Intel disabled undervolting on the majority of its CPUs and since Ryzen CPUs had poor undervolt results until Zen 3 generation, we’re only showing you how to undervolt Ryzen 5000 CPUs. If you still want to undervolt Ryzen 3000 CPUs, here’s a handy guide.

Remember that the PBO2 undervolting and Curve Optimizer are available only on motherboards that received the AGESA 1.1.0.0 Patch D or newer BIOS update.

Zen 3 architecture received the new PBO2 undervolting feature recently and with it, you can get lower thermals and even some slight performance boost. The way Ryzen CPUs work is they increase boost clocks as long as they have thermal and voltage headroom and do not hit the power limit.

By undervolting the CPU it will operate at lower voltages. But since it now runs cooler most CPU samples will be able to push for a bit higher boost frequencies. They’re able to do that because the CPU now runs at a lower voltage but is cooler and has more room to breathe until it hits the power limit. That said, thermal gains aren’t awe-worthy so if you encounter high temperatures even after undervolting, think about getting a beefier cooler.

Now, let’s move to undervolting. We’ve performed undervolt on an Ryzen 5 5600X coupled with the MSI B550 Tomahawk motherboard. Okay, first of all, your board needs the right BIOS version. You can check whether your board has received the needed BIOS update online. If you have the right BIOS, the first thing you should do is to restart the PC and enter BIOS settings.

Once you find the “Precision Boost Overdrive”, click on it and select “Advanced.” Next, set “PBO Limits” to disabled since you don’t want to overclock the CPU but make it run at the default power profile but with lower voltage. If you leave this option enabled, the CPU will be able to go over the default power limit, giving you more performance but also running hotter, which negates the reason for undervolting.

Okay, once you’ve done all that, save the BIOS settings and it’s time for testing. The first step is having a successful boot to Windows. If Windows crashes at the welcome screen or soon after, lower the curve optimized value and try again. Since each stepping presents a value of about 3-5mV, you should lower the value for about 2-3 steppings during each testing cycle. If your system manages to boot without issues, run a CPU benchmark like Cinebench to see whether your CPU can handle the undervolt while under load.

If that works it’s time for some Prime95 (an hour should be more than enough) and real-world testing in games. Shadow of the Tomb Raider is quite CPU intensive, as is Cyberpunk 2077. Other titles great for CPU testing include Total War titles, or recent Assassin’s Creed games such as AC: Valhalla or AC: Odyssey.

If you manage to get a successful Cinebench run but Prime95 shows an error (like it did in our case, which you can see below), you can identify the core that failed (in our case it was the 3rd core, or core 2 as marked in BIOS) and then switch to per core curve optimizer. There, leave the same stepping for cores that work fine, and lower it a couple of steps for the core that gives errors in Prime95. As you can see below, we settled at 25 for five of our six cores, with the value of 20 for the 3rd core that gave us issues.

If all works well, you should get a couple of percent better scores in multithreaded apps while having a bit lower thermals. In games and other lightly threaded applications, the performance should be the same (you could get better .1 percent low results) with noticeably lower thermals.

Our experience is that our Cinebench R20 scores increased by a couple of percent (about five percent in multicore, a percent or so in the single core benchmark). But, our CPU thermals dropped by about five degrees in games. In other words, undervolting Ryzen 5000 CPUs is worth doing. You get a bit of free performance and your CPU gets noticeably cooler. It’s a win-win.