More power for gaming and creative work. Immerse yourself in your favorite games. 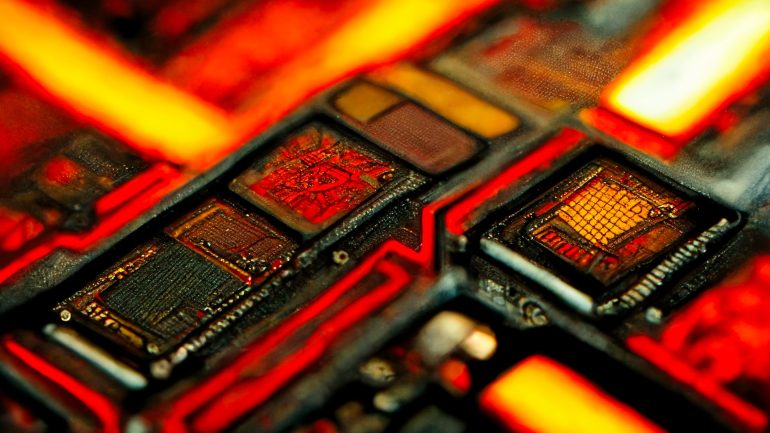 A GPU (graphics processing unit) is the most crucial part of every gaming PC. Even in non-gaming computers, you need the GPU to send the video signal to the monitor and do all computer graphics-related stuff. Like rendering 3D or 2D graphics, video decoding & playback, video encoding while streaming, and more.

The graphics processing unit or GPU can be a standalone component, such as a graphics card.  Or it can be an iGPU (integrated graphics processor unit), which is a part of the CPU die. Today we’re talking about dedicated graphics card vs. integrated graphics. We’re going to explain both terms. We’ll also talk about the differences between the two. Finally, we will analyze which of the two is best for your personal needs. But before we talk about GPUs, let’s share a couple of handy guides.

First of all, our VRAM guide explains what video memory is and how to check how much memory your GPU packs. Once you learn everything about VRAM, read our VRAM vs. RAM guide and learn about the differences between video and system memory. Last but not least, we have the shared GPU memory guide that talks about shared GPU memory, why it’s present on every PC, and whether it can affect your gaming performance at all.

On desktop PCs, a dedicated graphics card is a standalone PC component that includes a PCB (printed circuit board), a graphics chip (GPU), video memory, a VRM (voltage regulating module) for the GPU, power connectors for the whole card, its own cooling solution, video outputs on the rear, and a PCI-e interface on the bottom of the card for connecting it to a PC motherboard.

On laptops, a dedicated GPU is a standalone chip found on the motherboard. The chip retains its power delivery system and memory like on desktop PCs. On the other hand, the CPU and dGPU usually share the laptop’s cooling solution. And since the GPU chip is soldered to the laptop PCB, you can’t simply replace it.

An integrated graphics or an iGPU is a cluster of graphics processing elements embedded into the CPU die. An iGPU is a part of the CPU design, intertwined with other parts of the CPU such as cores, cache, I/O and memory controllers, PCIe lanes, etc.

In other words, an iGPU is part of the CPU chip and is not a standalone component. As you can see below, the tiny iGPU (orange colored) on Intel’s 12th gen CPUs is located on the far right side of the chip.

This massive design limitation ultimately means an iGPU cannot even come close to the graphical processing power of your average standalone graphics card. The reason is that the iGPU has to share power with the CPU while also having to use slower system RAM.

In other words, an iGPU is used when you either don’t need massive graphical power or when you can’t fit a dedicated GPU into the design for one reason or another. For instance, you don’t see dedicated graphics cards in handheld gaming PCs because they’re too small to host one and cool it efficiently and because a tiny PC cannot provide enough power for a dGPU.

Now let’s dive deeper. The next section will list and explain all differences between dedicated and integrated graphics.

One is a standalone component; the other is part of the CPU chip

Even in laptops, a dedicated GPU is a standalone chip that doesn’t have anything to do with the CPU. The only thing they share is the cooling system as well as the total power available. The latter is shared between the CPU and GPU since laptops have limited power available to components due to their compact design.

Dedicated GPUs can use much more power than iGPUs

On desktops, a graphics card with its own PCB, power delivery system, and VRM can use a ton of power if needed. In specific scenarios, the current Nvidia flagship, the RTX 3090 Ti, can use almost 500 watts of power. And rumors regarding the next generation of graphics cards mention the RTX 4090 will most likely use even more power.

Even dGPUs found in laptops can seep massive amounts of power. For instance, the most powerful laptop GPU right now, the RTX 3080 Ti mobile, can use up to 175 watts of power. That’s not that much for a desktop-class graphics card but a massive amount of power for a mobile GPU.

On the other hand, the most potent iGPU at the moment of this writing, the RDNA 2-based Radeon 680m, can only use 15 watts of power! The difference is more than tenfold on the side of the most powerful mobile GPU. And the less we talk about the differences to the monstrous RTX 3090 Ti, the better.

A graphics card has access to its own memory, while iGPUs have to use system RAM

Aside from having much lower power specs, iGPUs also don’t have access to their own memory. Instead, they have to use system RAM, which is way slower than GPU memory found on graphics cards.

Even older GPUs featuring GDDR5 and GDDR5X have much faster memory than iGPUs with access to DDR5 RAM. This results in much lower performance, the inability to run games with the highest texture options, and a massive effect dual channel mode and faster memory can have on iGPUs.

iGPUs have to use the motherboard’s video outputs, while a graphics card comes with its own set of video outputs

Next up is the iGPUs dependence on motherboard video outputs. This often means you can’t use high-refresh monitors with higher resolutions since most motherboards use older versions of HDMI and DisplayPort standards.

Next, most motherboards only come with one or two modern video outputs (HDMI and DisplayPort), limiting you to two monitors at most unless you have a dedicated GPU.

Also, in case one of the video outputs gets broken, you’ll likely have to replace the whole motherboard. Motherboards usually only come with a couple of video outputs. On the other hand, graphics cards typically come with redundant outputs for the DisplayPort standard.

On Desktop PCs, you can swap a dGPU while you have to change the CPU if you want to replace your iGPU

While laptops don’t offer any kind of CPU & GPU upgrade path – unless you get a modular Framework laptop – on desktop PCs, you can swap your graphics card without much hassle. On the other hand, if your iGPU goes down for any reason, you’ll have to replace the CPU to get the video signal again.

iGPUs are considered low-end gaming solutions except in two cases

While dedicated GPUs can have all kinds of gaming performance – from glorified iGPUs such as the GT 710 to beasts that require 500 watts of power. On the flip side, iGPUs are almost always touted as low-end or ultra-budget gaming solutions.

Except in one case, in handheld gaming PCs. This recently established gaming PC niche is wholly powered by iGPUs. Even the most potent flagship devices such as Steam Deck come with an iGPU due to the small form factor that comes with a plethora of design constraints.

Another class of devices that have powerful iGPUs are the latest Macbooks featuring Apple M1 and M2 chipsets. While still iGPU in nature, graphics processors in these laptops can be massively powerful.

The GPU found in the M1 Ultra – the most powerful version of the M1 chip – can run the Witcher III at 120fps in 1080p. The Radeon 680m – the fastest iGPU available on Windows laptops – runs the same game below 60fps with medium to low settings and 1080p resolution. The difference between the two truly is massive, especially if we mention Apple’s chip is not running the game natively but via emulation instead.

Apple has achieved this level of performance because the company uses a superbly power-optimized ARM design where the iGPU can deliver lots of performance while not needing lots of energy.

The second reason is that the M1 and M2 designs are similar to game consoles where the CPU and GPU are tightly integrated inside a single chip. The M1 and M2 also use shared memory. And that shared memory is much faster than system RAM iGPUs use in Windows PCs.

Now that you know everything about iGPUs and dGPUs, their differences, strengths, and weaknesses, you probably already know which one is right for you. But still, let’s talk a bit about it anyway.

As you have probably already concluded, a dedicated GPU is the right choice for gamers who can afford one. If you’re on a really tight budget, think about getting a CPU with a half-decent iGPU before starting to save for a proper graphics card. Also, mobile gamers looking for their next gaming laptop should opt for a model with a powerful dGPU.

Next, dedicated GPUs are the right choice for professionals who need lots of GPU power. That equals content creators, video & photo editors, artists and others who use GPU-accelerated rendering. Also computer engineers and programmers specializing in AI and ML (machine learning), and everyone in between who needs lots of GPU processing.

On the other hand, if you don’t play games or don’t have a reason to utilize lots of GPU power, you can do fine with an iGPU. An average integrated GPU can play videos, even 4K ones, without issues. An iGPU is also suitable for gamers on a tight budget.

Finally, an iGPU is the only choice for gamers who want to get a handheld gaming PC. If you’re looking for a handheld gaming PC, an iGPU is your only option at the moment. We reckon dGPUs will eventually enter this market, but that will not happen anytime soon. Maybe Valve will somehow manage to cram some kind of a dedicated GPU into the Steam Deck 2.