Free V–Bucks: Best ways to get in Fortnite in 2023 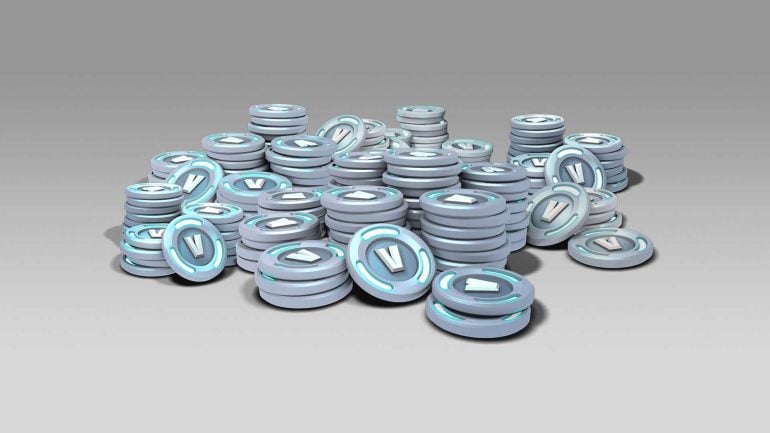 V-Bucks (VinderTech Bucks) is Fortnite’s virtual currency used to purchase items, cosmetics, and the game’s seasonal Battle Passes. The easiest way to earn V-Bucks is to buy them; just hop into the in-game store and exchange your real-world money for a wad of V-Bucks. For those of you who don’t want to spend your hard-earned cash on digital treasures, we’ve created this comprehensive guide on how to get V-Bucks legitimately and entirely free.

Just a quick warning, be wary of websites that promise free V-Bucks in exchange for your data or login credentials. Avoid experimenting with methods that require you to share private information with a third party or redirect you to websites with no affiliation to Epic Games. To keep it simple: if it’s not on this list, you should probably stay away.

What can I buy with V-Bucks?

In your time playing Fortnite Battle Royale, you’ve almost certainly come across players with fancy outfits, wacky animations that make them stand out from the crowd. These shiny costumes and animations are known as “cosmetics”, special items that you can equip to your character that change how they appear in-game. Most cosmetics don’t affect the gameplay at all — you can get by just fine without them — but they’re great if you want to add a little zest to your character’s look.

Cosmetics don’t come for free, though. They’re purchased from the item shop or the in-game store using Fortnite’s proprietary currency, V-Bucks. Everything from skins to emotes and the game’s seasonal Battle Pass are purchased by spending V-Bucks.

For the minority of players that primarily play Fortnite’s PvE game mode, Save the World, V-Bucks can be used to purchase new weapons and costumes only usable in Save the World. Unlike Battle Royale cosmetics, many Save the World items will affect gameplay, such as new weapons that provide a special crowd control effect.

Where can I get V-Bucks?

You can purchase V-Bucks from Fortnite’s in-game store using real-world currency. You can also earn V-Bucks for free by playing Fortnite’s PvE game mode, “Save the World” or by unlocking Tiers in Battle Passes. On occasion, Epic Games runs special events that reward V-Bucks.

There are no legal methods for obtaining free V-Bucks that don’t involve some grinding, so avoid websites and services that promise easy V-Bucks rewards. V-Bucks are also non-transferable and cannot be gifted. If you don’t want to spend money, prepare to invest some serious time into Save the World. If you can, recruit the help of your friends to speed up the farming process.

How to get V-Bucks for free

You don’t have to spend money in the in-game store to earn V-Bucks. Here we’ll go over the four ways you can collect V-Bucks for free just by playing Fortnite. You should take note that all of these methods assume you already own a copy of Fortnite’s Standard Edition Pack ($39.99) that is linked to your active account. The Standard Edition grants access to the Save the World game mode which is required to earn V-Bucks through play.

Save the World grants a small number of V-Bucks upon your first login of the day. This isn’t the fastest method for accumulating V-Bucks but it’s certainly the easiest. Fire up Fortnite and hop log into the Save the World game servers every day to get 200-600 V-Bucks a month.

Daily logins grant a total of 10,000 V-Bucks over 336 days after which the number resets and counter restarts from Day 1. Keep in mind, this isn’t a Login Streak — skipping a day doesn’t reset the login counter —  but logging in once a day is the fastest way to collect V-Bucks.

Not all days grant V-Bucks; check out the handy table below for a detailed table of what days provide V-Bucks rewards. If you don’t have the time to grind, simply logging in once a day should get you enough V-Bucks to buy a Battle Pass in a little under three months. The Battle Pass itself contains V-Bucks rewards as well as unique, seasonal cosmetics so it’s the best bang-for-your-buck purchase in the game.

Every day, Save the World assigns you a random Daily Quest from a list of possible Quests. Each Quest grants a reward of 50-100 V-Bucks. You can have up to three ongoing Daily Quests and can swap out one of your Quests once a day. Quests vary in difficulty and randomness so refer to the Daily Quest Tier List below to decide whether you want to replace one of your ongoing Quests.

Don’t forget to play on the easiest difficulty if you want to complete these quests quicker. You might not get as much experience, but the rewards are the same no matter what difficulty you play at. Some Quests can be completed more quickly with friends so it helps to have a few buddies on call when you need them.

Not all Daily Quests are created equal. You are allowed to replace one of your ongoing Daily Quests every day, so refer to this list to help you decide which Quests you should replace.

Play with friends to finish these quests quicker. Any Husk you deal damage to will count toward your goal, regardless of who kills it. It doesn’t matter what difficulty you play at, all kills are counted.

These quests were added in the 12.20 update and don’t fall under any of the existing Quest categories.

Save the World is divided into 4 different Zones, each containing 10 Storm Shield Missions worth a total of 4,000 V-Bucks. This is the worst method for farming V-Bucks as it grants the smallest reward and requires the largest time investment. On top of this, once you’ve completed a Storm Shield Mission, any repeat playthroughs do not grant the reward.

Daily logins offer V-Bucks every few days so it’s important to log in at least once a day to collect your daily reward. As mentioned above, skipping a day doesn’t reset the login counter, but it does mean you’re another day away from the next V-Bucks reward.

Work on multiple quests at once

Just because you’re given a new quest every day doesn’t mean you have to spend hours grinding each day. You can have up to 3 ongoing Daily Quests at any moment meaning you only really have to dedicate serious gaming time once every two or three days. Try to be as efficient as you can by working on multiple Quests at the same time.

Pick and choose your daily quests

One a day you are allowed to replace one of your ongoing Daily Quests. Some are much easier to complete than others and they all grant the same 50 V-Bucks rewards so refer to the Daily Quest Tier List for a rundown of which Quests you should prioritize and which Quests you should swap out. Tying in with the tip above about completing multiple quests in a single session, try to pick Quests that can be run in parallel and prioritize Destroy Items and Destroy Husks Quests that can be finished quicker with the help of your friends.