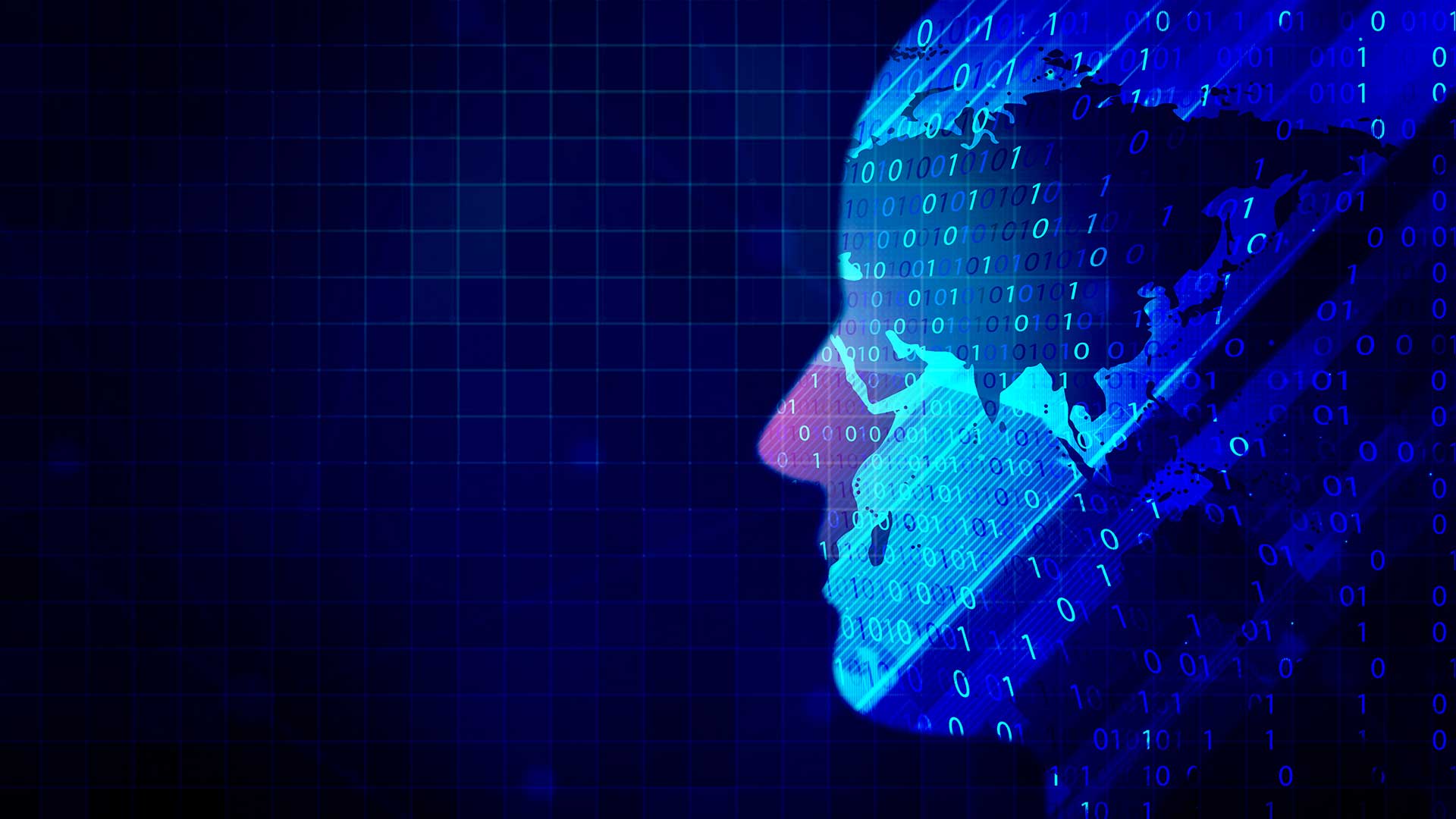 Gosu.AI review: Is it worth it?

What is Gosu.AI, how does it work, what are its limits, and is there a place for it in your gameplay?

Gosu.AI is a platform that analyzes your match results to offer you catered advice that theoretically makes for more frequent and consistent wins. As of the writing of this article, Gosu.AI supports DOTA 2, PUBG, Counter-Strike: Global Offensive, and League of Legends. As a DOTA 2 player, this review will go over my personal experience with Gosu.AI in DOTA 2, but most of what’s written here also apply to the other supported titles.

Installation is simple and painless; just sign up for an account on the Gosu.AI website then add the Gosu.AI Steam Bot to your Friends List. The bot will automatically send you a Direct Message via Steam with a link to your Gosu.AI profile where you can view your match results and analysis.

Gosu.AI markets itself to brand-new players and low- to mid-level gamers looking to improve their mechanical and tactical skills. The platform utilizes a proprietary AI algorithm that compares how you played during a match to raw statistics from a dataset of thousands of other matches.

The idea is that with this massive dataset, their AI black box can deduce the specific reasons why you won or lost a match. This all sounds impressive on paper, but in practice, the tips and suggestions Gosu.AI provides are shallow and, frankly, offer almost no real value for someone looking to develop their DOTA skills.

Running into the paywall

I first registered on the Gosu.AI platform back around when it first became available on DOTA 2. After toying with the platform for a year or so, I decided to opt-out (I’ll go into the reasons why a bit further down), but my overall impression of the service during that time was that, while conceptually intriguing, there’s little actual insight to be gained from their match analyses.

Jumping back in, it’s a bit disappointing to see so many features locked behind a paywall. When I was still an active user of the platform, services like detailed Warding data, Deaths Analysis, and direct player comparisons were included in the Gosu.AI free tier. Now, these are strictly premium services.

It’s also surprising because this data was never particularly interesting or insightful. It’s cool to know that both times I placed Wards in the Dire Jungle they were scouted and destroyed, but that’s something I noticed while playing anyway because that entire portion of the map suddenly went completely dark.

Of course, the switch to paywalls seems to be an industry-wide trend, as even Gosu.AI’s largest and most established competitor, DOTABUFF, has begun charging for similar insights.

The question is: how valuable is this data?

There is almost no case I can think of where processed results are more valuable than a virtual coaching session. Raw statistics are great, but properly interpreting those numbers requires an understanding of the variables and mechanics that led to them.

In its current form, Gosu.AI is still less useful than simply going back and watching a replay with an objective eye.

A look at the analysis

Let’s quickly run through the information a free user of the Gosu.AI service gets. After you’ve completed the registration process, every time you complete a match, the Gosu.AI algorithm will process your results then send you a link directing you to that match’s analysis page. Click that link and you’ll be taken to your match analysis page.

The page opens with your standard post-match results and displays basic stats like Net Worth, GPM, and XPM. The page also shows you what items each player ended the match with as well as some key early game items the system particularly values (the faded item icons above). The system also gives you an evaluation of your skill level based on your performance indicators for this match. As you can see, Gosu.AI thinks I played at the Ancient level; great news for me, because I’m a Legend scrub.

So far there’s nothing much here beyond what you’d find in your post-match screen in-client. We get a fun skill level evaluation and the ability to share match results on social media. Let’s scroll down a bit:

Here we get a better look at the kind of insights they feel are worth charging for. First, let’s look at the Players Comparison section. In this match, I played a Support Earthshaker; Gosu.AI compared me to the other team’s Support, a Keeper of the Light. As you can see, Gosu.AI thinks I played at a higher level than the KotL, and that’s the extent of the information they’re willing to give me for free.

Now, having been an early adopter of Gosu.AI from far before most of the analysis results were locked away behind a paywall, I can tell you that the detailed version of the Players Comparison section mostly contains raw comparisons of laning statistics.

For example, how many last hits did the KotL get versus my own?

How much money did they spend on support items?

How much harass damage did they do?

All super interesting; all virtually useless without context. Did I play well or did my opponent screw up?

Of course, this weakness is expected from a system that analyzes post-match results. Since Gosu.AI runs analysis on matches after the fact, it has no data related to the decisions I made leading up to those numbers. I get an overview of how the Laning Phase went for my opponent and myself, but no insight into why it went that way.

Now, remember, this platform is targeted toward new and low- to mid-tier players. Imagine I’m a new player who has spent money on the premium version of Gosu.AI. A quick look at the paid version of my match results shows that I outperformed my counterpart in the Laning Phase. I have more last hits, I’ve dealt more harass damage, and I spent more money on support items like Wards.

For newer players, raw stats are often more confusing than they are enlightening.

Without the context one can only get from years of play, these are just numbers. Having new terms thrown at you while you’re still “learning the language” only impedes development.

On the other hand, if you’re an experienced player, there’s very little insight to be gained from such a quantitative view of the match.

Direct comparisons of laning statistics between you and your counterpart on the enemy team are appreciated but not particularly valuable for someone looking to grow as a player.

Gosu.AI can’t tell you that the other Offlaner farmed his Blink Dagger so quickly because you allowed their Support player to stack creeps in their jungle for ten minutes.

It can tell you that your lane opponent got more Last Hits than you in the first 10 minutes, but it doesn’t consider the fact that your Lane Support was stealing creeps while you tanked attacks from enemy heroes.

At this point, it should be clear that I’m not a big fan of how Gosu.AI analyzes and packages post-match results. But there is one new feature that I feel could turn into an invaluable part of the learning process of players: the in-game voice assistant.

Unlike the primary service, which is delivered to you via your browser, the in-game voice assistant is a piece of software that players install onto their system. Throughout a match, the voice assistant offers suggestions about drafting, laning, and general tips for optimal play with your chosen hero.

It’s in the early stages yet, but the potential value of an AI-based coach is certainly promising. Currently, the voice assistant only offers general advice on what items to purchase, when to use your skills, and how to time rotations.

This isn’t groundbreaking stuff — YouTube is full of tutorial videos with similar advice — but having a voice softly directing your thought processes and providing constant reminders is incredibly helpful. If it’s providing dynamic recommendations as your match progresses, then players can learn a lot about how the pros think in a variety of situations.

Another feature of Gosu.AI is its ability to detect scripters and hackers in your matches. As with any cheat detecting algorithm, its implementation here is far from perfect. False flags are common and it often confuses smurfers for cheaters. Some users have reported the system flagging players for “creep block scripting”, but upon review of the replay, the player wasn’t blocking creeps at all.

Of course, this is all anecdotal, so take those reports with a grain of salt. But even assuming a 100% accuracy rate, Gosu.AI can’t do anything about cheaters anyway. It doesn’t have the authority to ban or suspend players. It’s still up to you to report players, and, as many of you already know, Steam’s report system is dodgy at best.

Is it worth it?

In its current form, Gosu.AI is little more than an interesting toy. It’s fun to see how well (or poorly) you did in a match, or how you compared to other players at different MMR levels. The ability to share and brag about match accomplishments is also great, especially as it’s a feature absent in the actual DOTA 2 client.

Unfortunately, Gosu.AI sells itself as a tool for self-development but only repackages publicly available match data in a way that isn’t particularly valuable regardless of your skill level. For that reason, I can’t recommend spending cash on its “premium” tier. That said, the new In-game Voice Assistant is very promising, and it will be interesting to see where the Gosu.AI team takes that technology. Perhaps in the future when the Voice Assistant technology matures a bit, paying for its premium service will be worth the money spent. For now, though, stick with human coaches.