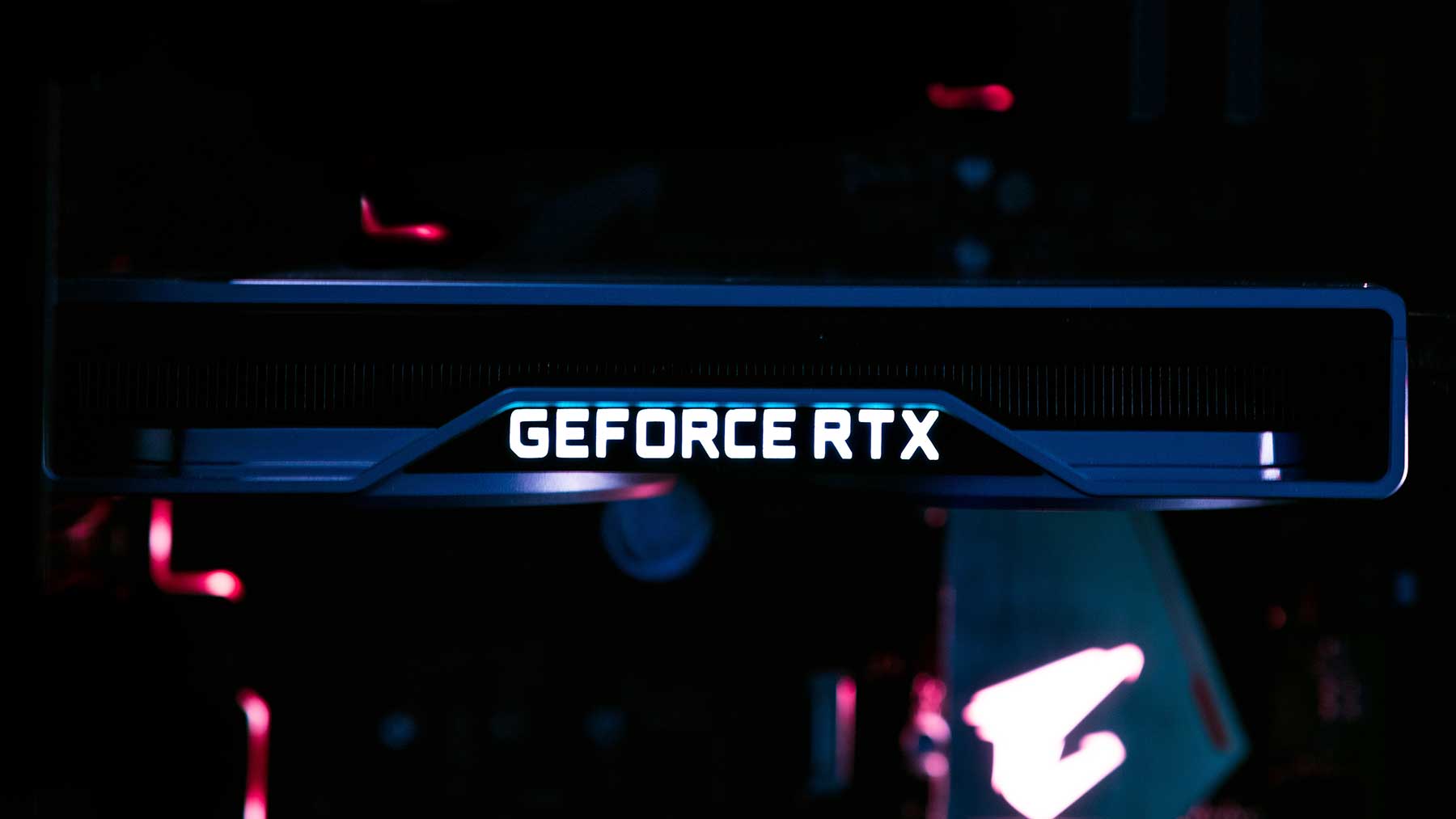 Planning to get a new graphics card? Interested in the performance gains you could get from the upgrade? Below you can find our 2021 GPU tier list, consisting of five tiers in total. From graphics cards for esports gaming at 1080p resolution to flagship beasts that can run almost every game at 4K and at least 60fps with all settings cranked up.

The list is based on average performance in modern AAA titles. We didn’t include esports gaming performance and if you’re an exclusive esports gamer, you can freely move every card up a tier since most competitive multiplayer games aren’t demanding. Add the fact that most competitive gamers play games with “competitive” settings (read: most settings set to low) and, in some cases, you can move a card two tiers up if all you do is playing Valorant, CS: GO, Fortnite, and RS: Siege on low settings to maximize your framerate.

Also, this GPU hierarchy tier list isn’t based on current prices because the market’s crazy right now with the recent mining boom, chip shortages, and other covid-related issues. This isn’t the best bang-for-the-buck GPU tier list; it’s a simple tier list based on pure gaming performance. Don’t forget that you’ll need a

Next, we have a lot of GPUs being between two tiers in terms of performance. This can’t be avoided and you’ll be informed when we stumble upon a fringe case.

We’re starting with the 4K resolution at frames higher than 60. And, at the moment, only four graphics cards are capable of this kind of performance in the latest AAA hits and with (almost) all bells and whistles. You won’t be able to play Cyberpunk with Ray Tracing on max for instance. But everything else should run without issues at 60fps or above, with all settings set to ultra.

Now, Nvidia’s biggest advantage here is DLSS. Yes, ray tracing looks cool and can be enjoyed with an RTX 3090 or the RTX 3080 at 4K, but that’s only possible because of DLSS. At 4K, DLSS looks pretty good in most titles, with the least amount of lost details. And now that DLSS has become available as a simple plugin for Unreal engine, we can expect more future titles coming with DLSS support.

That said, both the RX 6900 XT and the RX 6800 XT are proper gaming beasts and they should be more than enough for running every modern game at 4K and at least 60fps. This is performance without ray tracing. If we’re being honest, if you’re looking for a new GPU because of ray tracing features, just get an RTX 3000 card. Also, is 10GB enough for 4K? At the moment, yes, but we cannot make any guarantees for the future.

AMD’s answer to DLSS, FidelityFX Super Resolution, is a software solution, not a hardware one (remember, DLSS uses Tensor cores found in RTX chips) so we cannot expect the same level of quality as we’re seeing, for instance, with DLSS 2.0. Next, the first-gen DLSS had lots of caveats so we’re sure FidelityFX will suffer from the same issues, at least in the beginning.

Tier A is for those who are ready to settle for [email protected] with some settings turned a notch (or two) in most modern AAA titles. The RX 6800 is the most powerful of the bunch and should run most games at 4K and 60fps with ultra settings (except ray tracing, of course).

High frame rate gamers can get these cards to run at around 60-100 fps at 1440p Ultrawide resolution. Further, some ray tracing games do run at 60fps+ with ray tracing (Control for instance) but don’t expect to run Cyberpunk 2077 with ray tracing (or even Ghostrunner for that matter) and get a steady 60 frames or more on an ultrawide. If you want the absolute best ultrawide experience, with ray tracing and triple-digit performance, get the RTX 3080.

As for the 1440p resolution, these three cards are the sweet spot for high refresh rate gaming at 1440p. They have more than enough horsepower to run any modern game. In the case of the RTX 3070 and the RTX 2080 Ti, with ray tracing enabled (and DLSS, of course) and with a performance that can reach triple digits. But if you have a 144Hz or higher refresh rate monitor and want to reach those max refresh rates, think about getting the RTX 3080 or the RX 6800 XT. They both look like overkill for 1440p resolution but for 144fps or higher performance in AAA titles, you’ll want one of those.

Okay, this is an interesting tier since the RTX 3060 Ti is borderline Tier A. The card’s about 10-15 percent slower than the RTX 3070 so we placed it here. It can be used for [email protected] ultrawide gaming, but the performance difference is so small yet so large. 15 percent less in a game like Control with RTX turned on will make the game run just below 60fps at times. The same case is with Red Dead Redemption II or Metro Exodus.

So, you can get the RTX 3060 Ti for a 1440p Ultrawide monitor, just get ready to drop some settings to get a stable 60fps experience. As for the regular 1440p resolution, the RTX 3060 Ti is a great bang for the buck 1440p card (or it will be once prices return to normal) since it can deliver 100 frames or more in most games without sacrificing too many details, all that while costing 20 percent less (we’re talking about MSRP here) than the RTX 3070.

Finally, the RTX 2070 Super, GTX 1080 Ti, and the RX 5700 XT are three fringe cases. Performance-wise, these aren’t cards for the 1440p ultrawide resolution if you play AAA single-player games. They’re fine for 1440p, in most cases, just be ready to drop settings down to high in select titles. Of course, the RTX 2070 supports DLSS, which can help you achieve [email protected] with high settings in Cyberpunk, for instance.

When it comes to 1080p resolution, each of these cards can deliver at least 60fps at 1080 with all settings turned to maximum, even when playing some of the most demanding games at the moment (yes, we’re talking about Cyberpunk 2077 here).

Okay, tier C includes a lot of graphics cards and all of them have similar performance. The least powerful card in this tier, the GTX 1660 Super, is less than 30 percent less powerful than the RTX 2070. That said, every single of these cards can get you 60fps at 1440p resolution. Some of them, like the RTX 2070, can do this quite easily in most titles. Others will struggle, especially with recent AAA titles such as Assassin’s Creed Valhalla, Cyberpunk 2077, or Watch Dogs: Legion.

So, if you want to play with ultra settings and [email protected], get a card from the tier above. If you want a [email protected] gaming experience, with ultra-high settings, get the RTX 2070 or the RTX 2060 Super. Other cards from this list are fine for 1440p resolution with medium/high details depending on the game.

And when it comes to 1080p resolution, each of the Tier C cards is capable of running any game available today at 60 frames or higher. Sometimes you’ll have to adjust visual settings, other times you’ll be fine with ultra, but you can expect fluid 60fps or higher at 1080p with every card on this list.

D tier (Up to [email protected])

Okay, tier D is second to last and it contains cards that can run modern AAA games up to 60 frames at 1080p resolution. The GTX 1660 is another fringe case so if you’re ready for compromises and playing at medium (sometimes even low, aside from texture settings), you can use it for 1440p gaming.

As for the performance at 1080p, you can play any game with most options turned to the maximum with a 40-60fps experience with any card here except the RX 570. Also, when it comes to Cyberpunk 2077, the GTX 1650 Super can run the game at about 45fps with settings turned to medium.

But, in most cases, you’ll be able to get close or reach 60 frames per second in most modern AAA titles. The only question is whether you’re ready to drop most visual settings to medium or lower to get that kind of performance. You can use these cards with 144Hz gaming monitors, but only in some esports titles.

Last but not least we have a group of cards that are great for esports but will struggle running modern games with visual settings set too high. These cards are great budget choices in case you need a cheap GPU for esports titles and for an occasional AAA game. They’re also great in case you need a low-profile card for your HTPC, or need a placeholder GPU while waiting for the market to normalize.

Now, if you’re thinking about getting one of these cards and the GTX 1060 3GB has caught your attention, skip it and get an RX 570 instead. The 1060 is more powerful but only 3GB of memory can really hurt it in modern games.