How long should a laptop last?

Stop worrying about how long your new machine will last and rest easy knowing you got the most value for your money. 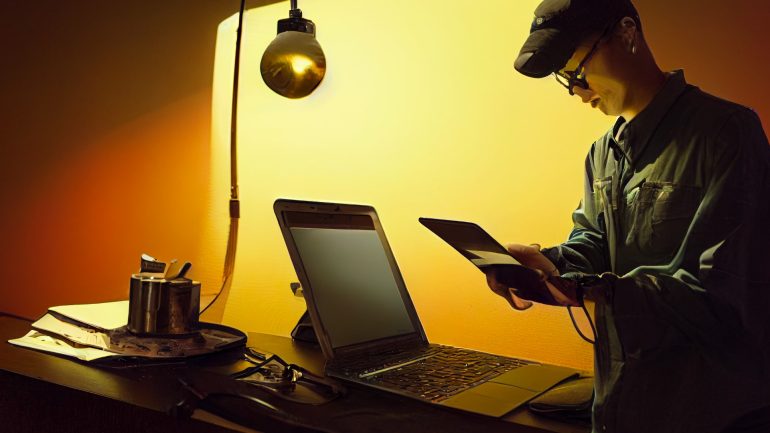 If you just bought or are planning to buy a new laptop, one of the most important questions you may ask yourself is how long this new machine should last. In other words, just how many years of service can you expect from this new and expensive convertible?

Well, if you wonder how long should a laptop last in terms of its overall lifetime, read on and find out. We also have tried to find out how long an average laptop battery should last on a single charge. Today we’ll also answer the question of how many years of service can you expect out of a typical notebook battery.

If you care about your laptop’s potential longevity, you can extend it by taking care of the internal components. For instance, you should keep your CPU cool, so make sure to read our CPU overheating guide. Next, here’s a guide on how to reduce CPU temperature in your laptop, which should further help keeping your portable PC cool and in good condition. Finally, if you need to find the model of your laptop for one reason or another, check our guide on how to find the exact model of your laptop.

How long should your laptop battery last?

Let’s kickstart this guide by determining just how long should your laptop battery last. Modern laptop batteries use Li-ion technology. This translates into a pretty long lifetime of more than five years. If you treat the battery well, of course. As for the single change life, it mostly depends on the work you use the notebook for.

Modern laptops can last a very long time on a single charge if not used for demanding work. For instance, let’s look at the latest Asus ZenBook 14. Average battery life on a single charge when using the device for WiFi browsing is set at almost 550 minutes. This translates into nearly ten hours of uptime, which is pretty good.

On the other hand, the average battery life under heavy load is only about 60 minutes. Similarly, if you look at the 2022 Lenovo IdeaPad Gaming 3i you’ll see that gaming laptops aren’t exactly champions of durability.

The best ones offer just more than ten hours of uptime when watching YouTube videos. The average battery life for a gaming laptop is around 300 minutes or six hours of undemanding work. When gaming, you’re looking at an average lifetime of fewer than two hours.

As for MacBooks, the 16-inch Pro model equipped with the M1 Max chipset can last 17 hours during the movie playback test. Further, it lasts 15 hours when browsing the web via WiFi. However, even the latest and greatest MacBook can’t last more than just a hair over one hour when put under maximum strain.

So, if you own a new multimedia/general-purpose laptop, you should expect it to last about six to more than ten hours when used for browsing or watching YouTube.

Note that reviews usually perform these tests with the screen brightness set to 50 percent. In other words, expect shorter battery life if you crank the brightness to the max. When doing demanding work that sweats all components at once, you shouldn’t expect battery life noticeably higher than an hour-hour and a half.

When it comes to gaming laptops, curb your expectations. Your average gaming laptop should offer about six hours of battery life when browsing or watching videos. If you try to play a game on your typical gaming laptop, you shouldn’t expect more than an hour to two hours of uptime.

You can improve your laptop battery life on a single charge by doing the following:

What’s the lifespan of a typical laptop battery?

Batteries in every single battery-powered device, including laptops, degrade over time. As they go through more and more charging cycles, their capacity slowly degrades. After a couple of years, your battery capacity might drop noticeably.

A Li-ion battery can last through 300-500 charge cycles without noticeably dropping in capacity. One charge cycle includes a full charge followed by a complete drain. This means that topping a battery to 100 percent and then using it to 50 percent before charging it again doesn’t represent a full charging cycle. Instead, this accounts for one-half of a charging cycle.

In other words, if you don’t use your laptop on battery often or if you don’t wait for the battery to die fully before recharging it, your battery can last much longer than 2-3 years. Technically, Li-ion batteries can last upwards of 10-15 years. However, if you use the laptop regularly and the battery goes through regular charging cycles, it will show wear-and-tear signs before the five-year mark.

So, if we’re only interested in whether a battery is working or not, a laptop battery can last longer than a decade. On the other hand, if you expect a certain amount of uptime for the battery, the time for replacement will come much sooner. Probably around year 3-5.

When’s the time to replace the battery?

Overall, if your device shows any sign of battery malfunction or severe battery degradation, feel free to replace it.

How to extend the lifespan of your laptop battery

While you cannot prevent your laptop battery from degrading and, ultimately, becoming unusable, you can extend its life by doing the following:

How long should a laptop last?

Now that we’ve talked extensively about battery life let’s talk about how long your typical laptop should last. While we didn’t find any in-depth studies trying to answer this question, a recent Office Depot study has shown that Americans upgrade their laptops every 4.8 years on average.

Further, a study by Intel has shown that business laptops older than four years have to be repaired more often. They also cause much longer downtime for workers than two or three-year-old devices, on average. Finally, they’re also more prone to data loss. In other words, your typical laptop will show increased signs of degradation after four years.

Of course, these results aren’t be-all-end-all for all laptops. For instance, if you’re fine with your device being somewhat slow but still able to play YouTube videos or keep dozens of Chrome tabs open, and you only use your laptop for YouTube and browsing, you can keep using that notebook until it drops dead.

That can happen after five years or more than a decade. But as long the device performs snappy enough for your needs, it’s perfectly usable. Next, if you have a work laptop and you use & abuse it for hours on end every day, that device will probably have a shorter lifespan than an average laptop. And that’s completely fine.

Pricier notebooks tend to last longer than more affordable models. High-end devices usually feature excellent build quality. Not only that, but since they come with faster hardware that hardware will keep its pace with software for longer.

On the flipside, higher build quality is often followed with not that great repairability. Replacing a keyboard or swapping a battery on a flagship laptop with a magnesium unibody is way harder than on a cheap device made of plastic with easy-to-remove bottom panel.

Regarding the Windows vs. MacBook life expectancy, MacBooks are expected to last longer since they are expensive, high-end machines.

MacBooks almost always have superb build quality and they usually pack latest and greatest hardware, allowing them to stay relevant for quite a while.

Even today, Amazon and eBay are filled with listings selling used & refurbished MacBooks from almost a decade ago.

However, that doesn’t have to be the case. For instance, lots of MacBooks equipped with Butterfly keyboards have experienced keyboard issues. Many devices even had their keyboards dead or broken way before you’d expect a MacBook’s lifecycle to end.

Lenovo ThinkPad vs IdeaPad laptops: Which is the best for you in 2023?

Next, with each new MacBook lineup Apple is making them harder and harder to repair. These days, even a battery replacement on a newer version of MacBook can be a DIY nightmare. This can lead to a shorter average lifespan for newer MacBook models.

Finally, don’t forget Apple and their closed ecosystem. The company tends to offer OS updates for its laptops for longer than five years. However, once your device’s software becomes outdated, it may become incompatible with your iPhone or iPad. You can also miss on cool new features only available on newer Mac OS versions.

So, your typical laptop is usually rated to last three to five years. If you’re using your laptop for light work, you take good care of it, and you’re fine with it performing slower after a while, that device can last for a decade without the need for a replacement.

But even if your laptop works fine, the time will come to replace it one day. But when’s the right time to replace your current laptop?

When should you replace your current laptop

Our advice is that you should replace your current laptop once it can no longer work according to your needs.

For instance, if you have a gaming laptop and your gaming performance expectations include running the latest AAA games with medium details and 40-60 frames per second, once the device fails to output such a level of performance, it’s time to replace it.

On the flip side, if your average usage only includes YouTube, Word, Chrome, and maybe VLC for watching movies and TV shows, as long as your notebook’s capable of offering usable performance you shouldn’t replace it.

Finally, suppose you’re a video editor living off the work you perform on your laptop. If you see a new model offering like 30 percent faster video editing performance, you should get it if the added performance is worth the price in your specific case.

We’re trying to tell you that as long as your laptop offers a serviceable amount of performance and all features you need, keep it. Replace it if it dies or fails to provide a usable experience according to your standards.

How to keep your laptop in good shape

You can extend the life of your device by taking good care of it. Here’re some tips on how to keep your laptop in good shape:

As you can see, your everyday laptop should last between three and five years. However, if the machine fulfills all your needs and works fast enough, its lifespan can be much longer. A decade or more for a quality laptop used for light work and media consumption is not that unusual to see.

The most important thing to remember is that you shouldn’t replace your laptop as long as it offers fast enough performance relative to your specific needs and requirements.

As for the battery, your typical Li-ion battery will start to degrade after 300-500 charge cycles. While this sounds like the battery can seriously degrade after less than two years – if we assume one charger per day – that number can be much higher if you avoid topping up the battery to 100 percent and plugging it in only after it goes below 20 or 10 percent.

As for the average battery life on a single charge, it depends on the laptop itself and the type of workload. Your average notebook should allow you to browse the web or watch YouTube for at least six hours with 50 percent screen brightness.

That same device will hardly give you more than an hour or hour-and-a-half of charge if you use it for video editing, code compilation, or gaming.

To summarize: a laptop battery should offer at least five to six hours of usage for light work and an hour or two hours for heavy work and gaming.