How to play Bee Swarm Simlulator — become a pro and win

With our complete Bee Swarm Simulator guide, you'll be the Queen Bee in no time! 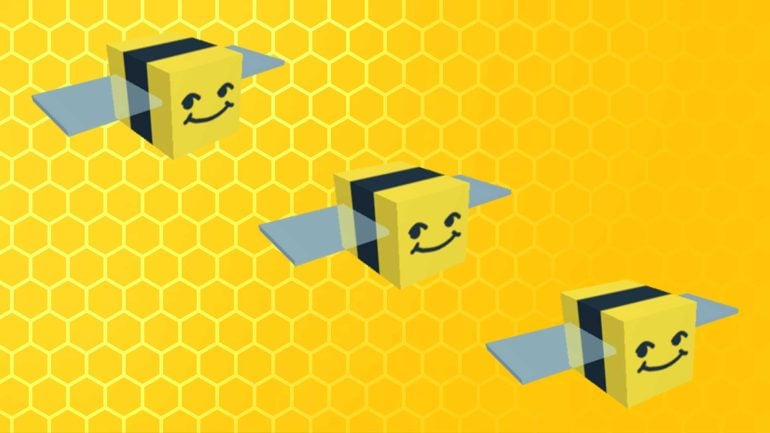 Bee Swarm Simulator is an online multiplayer video game created by developer Onett on the 21st of March 2018. The title was released fully on the 23rd of March 2018 for the user-generated game platform Roblox. In the game, players have one simple goal: to cultivate a swarm of bees, collect pollen and produce honey.

It’s easily one of the most addictive simulator games on Roblox and we’ve been hooked on it for a while now. Needless to say, we have a ton of experience that we’d love to share with everyone looking to get better at this awesome game. Just read our Bee Swarm Simulator guide and get ready to become the Queen Bee!

The beekeeper starts off by watching the tutorial, which opens immediately the first time players open the game. This 36-page slideshow (talk about detailed!) will walk players through the basics of the game: you’ll start off by claiming an unclaimed hive by hitting the large blue button at the top of the screen as you walk over to it. Hives are essential to Bee Swarm Simulator, you need one to hatch Bee Eggs. You’ll then receive three items to begin your beekeeping adventure: a Basic Egg, which has an 87% chance of hatching a Basic Bee; a Pouch, the starter bag that can store 200 pollen; and a Scooper, your first shovel you can use to harvest pollen in the flower shield. These are basically the worst items in the game, but from here you can begin your journey to honey supremacy.

As you fill up your pollen container, returning to your hive will reveal a “Make Honey” option which will set your bees to work turning your hard-earned pollen into the delicious golden substance. Honey acts like Bee Swarm Simulator’s main in-game currency. So when you’ve collected enough, head over to the Noob Shop to purchase better equipment and more exotic Bee Eggs.

Standing in the way of your honey adventures, are one of the twenty-nine different kinds of enemies, collectively known as “mobs.” The most common mobs in-game are ants and rhino beetles, whereas the least frequently occurring mob by far is the Stump Snail which only spawns every four days. Mobs have levels that appear next to their names which indicate how strong they are, and you should carefully evaluate the strength of your bees before you provoke them. If your bees are at a lower level, there’s a higher chance they will miss their attacks. After all, if you get caught out and defeated by one of these killer bugs, you’re going to lose all the pollen in your Pouch.

However, the game isn’t just about hatching Bees, collecting Pollen and making Honey. Scattered around the map are bears (like Black Bear and Brown Bear) who have quests for you to do. If you see a cubic-bear with a blue circle and “!” symbol sitting in front of them, you will be able to speak to them and receive a mission. These quests can have a bunch of different requirements, premises, activities and rewards. More often than not, though, your reward will involve Honey – Bee Swarm Simulator’s primary in-game currency.

The ultimate goal of Bee Swarm Simulator is to discover as many bees as possible, as hitting certain milestones allows you access to different gates which reveal new items and gameplay dynamics.

If you’re just looking for some quick codes to give you some more honey, a few new type of bees or another in-game boost, then you’ll probably be satisfied with picking and choosing a few from this list. However, be warned: to do so you may be missing out on a major part of the Bee Swarm Simulator experience. So, to join the fun and begin searching for new codes, it’ll help to get involved with the game community that has been developed over time.

It’ll also pay to keep an eye on the community more widely. Onett also has been known to hand promo codes out to influencers and YouTubers to pass out to their followers. Finally, there have been some reports that Onett has placed active codes in Roblox advertisements, meaning that you may need to hunt in some unusual places to catch new codes. If that sounds like a lot, you can always refer to our Bee Swarm Simulator codes guide, where you will always have access to the latest and greatest codes for all the freebies you need!

How to best use particular codes depends on the items and buffs they offer. You could use these codes intelligently if you’re just looking for new items or save your Field Boosts until you need them most.

There are two strategies to make use of free honey or other items. One philosophy would state that you should wait until you have actual need for an excess of honey before you redeem the code, especially since every code can only be redeemed once. However, the other philosophy would argue that you should redeem every code you find (except those that give you stat boosts, more on this in a moment) so you have a good headstart in things like honey and tickets, allowing you to quickly expand your hive.

However, boost codes should be saved until such a time as you can best harness them. All Field Boosts (which adds a specific bonus to pollen gained from particular fields) and Wind buffs (which increase pollen gained and give a certain percentage of instant conversion) only last for fifteen minutes. If you were to redeem these all at once, you would probably struggle to reap the rewards of even one of them.

In order to progress in the game quickly, or at least speed through the opening phases of the game without having to grind too much, here are a few top tips for players all the way through the experience that will help you on your way:

Focus on upgrading gear and growing your hive

In order to operate at the maximum capacity, you should focus on upgrading your gear and growing your hive as quickly as you possibly can. To do so, make sure you routinely check the Bee Egg Dispenser and the Noob Shop for the cheapest thing possible. Your honey is valuable, so always buy whatever is cheap. Your upgraded gear and larger hive will lend itself to more productive work and will ultimately mean less grinding is required.

As important as upgrading gear is, you can also boost your productivity massively by implementing a couple of practical improvements to your gameplay. For instance, standing on the edge of the white circle nearest the hive as your bees turn pollen into honey as this minimises the travel time between you and the hive. Purchase Basic Eggs as often as possible, as an accumulation of Royal Jelly (some of which will come from codes!) suddenly makes them quite valuable. Finally, always try to be progressing a quest as you go, as these will naturally lend to greater rewards for basic tasks or grinding.

How to avoid mobs

If you’re collecting pollen in Mushroom Field, Blue Flower Field or Clover Field, you’ll probably end up dealing with the mobs. Of course, your swarm can probably defeat the majority of bugs that decide to attack, but often you’ll benefit from avoiding the interaction and saving the HP.

There are two key methods to get mobs off your six if you’re looking to make a getaway. The first is to jump in the air: as mobs don’t chase you while you’re mid-jump, hopping around the field will confuse them. Secondly, mobs will not chase you out of their own zone. If you’re facing a difficult bug, try quickly stepping in and out of the edge of the field to let your swarm kill it while you’re protecting yourself from damage.

When you’re later battling mobs like the Werewolf, you can use a similar strategy by tactically placing a cactus or pumpkin between yourself and it while letting your bees take it down from a safe distance. As you progress throughout the game, learn these two methods of dealing with powerful mobs – the jumping trick will remain helpful throughout the whole game.

That’s everything. We have summed up all there is to know about Bee Swarm Simulator so begin your reign and have fun! Also, If you liked this guide, check out similar guides that we’ve come up with for other Roblox games: Blox Fruit guide, Boku No Roblox guide, Epic Minigames guide. With all this information, you’ll be one of the top gamers Robloxia!