How to play Ro-Ghoul — become a pro and win

With our in-depth Ro-Ghoul guide, your ghoul will be terrorising the town to become the strongest character in the digital world! 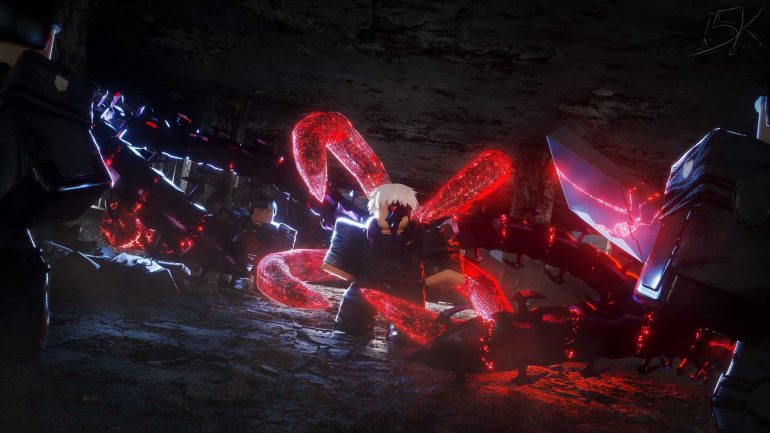 Ro-Ghoul is a video game developed by SushiWalrus on user-generated game platform Roblox, originally released on the 12th of July 2017 and achieving popularity in 2018. Based on the dark fantasy anime and manga, Tokyo Ghoul, the game is essentially a combat-focused online RPG where players choose to pursue membership of one of two factions: “the Ghouls”, or “the Commission of Counter Ghoul” (CCG).

The game can get seriously intense and for a beginner it can be a little much to handle. So, we have painstakingly put together the ultimate Ro-Ghoul guide to help you lessen the guide and maximize the fun!

The Ghouls are a species of carnivorous creatures who can only survive by consuming the flesh of either humans or fellow Ghouls. But, except for their… ‘unique’ diet… these Ghouls are essentially just like the human beings who are committed to opposing them. Therefore, in Ro-Ghoul, Ghouls are one of the playable factions that players can choose to join. Ghouls have a red colour for their rank and their User Interface (UI).

In a world filled with flesh-eating monsters, it’s no surprise that there’s a class of federal agents dedicated to investigating them. The Commission of Counter Ghoul – or CCG – is the other playable faction in Ro-Ghoul players can choose to join. They are entirely constituted by humans and have a blue colour for their rank and their User Interface (UI).

The maximum level a player can reach currently is 2000, and whenever the level will increase by the developer we will update you quickly.

To really play it well, there are many controls, but over time you get used to learning most of them. For starters, when you enter the game there should be a screen with a hamburger and a piece of meat, based on the one you picked, you can become a human or a ghoul and start on your learning adventure from there.

Ghoul have “Kagune” forms which are (probably/still) currently being updated. But even so, you are able to buy and use them. There is a starter kagune you start off with which is like a tentacle type of kagune, to use it you press 1 to “summon” your kagune.

After being able to summon your kagune, the should be a bar at the bottom of your screen that says “Click, F,G, Etc.” Those are your attacks. Now the bottom bar can show you your stats, forms, and some directions on how to play. There’s alot more to it, but I think its kinda the same for the investigator side. (To unequip press 1, again, to sprint press x, to put on mask press m).

You can acquire Yen by killing NPCs or by spending your reputation points. In addition, you can double your Yen gain by purchasing the 2x Yen Gamepass in the game. You can then use Yen to buy kagunes, quinques, and masks! Similarly, RC Cells can be collected from the corpses of killed enemies and are mostly useful for ghouls. On occasion, you can use them for stages of quinques.

The main goal in Ro-Ghoul is to upgrade your ghoul into the most powerful version of itself. However, to do all these things you’re going to need to get your hands on some in-game freebies like masks, Yen & RC.
Ro-Ghoul codes are a great way to come by many in-game necessities. Our Ro-Ghoul codes article is always up to date with new codes when and where they become available! These codes help a whole lot when one is just beginning and are a key secret in doing well at the game, so redeem some ASAP.

That’s legit it. Everything to get you started on your Ro-Ghoul strategy! If you liked this guide, check out similar guides that we’ve come up with for other Roblox games: Mad City guide, Texting Simulator guide, God Simulator 2 guide. With all this information, you’ll be one of the top gamers Robloxia has ever seen!