Is an SSD worth it? An in–depth look 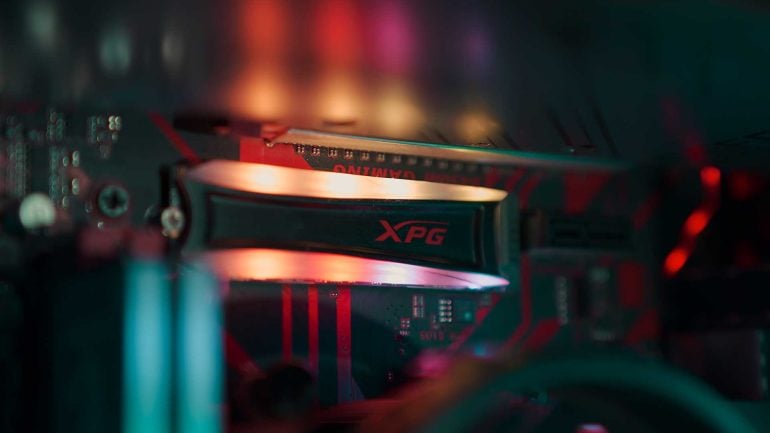 SSDs are becoming cheaper and cheaper, with the most affordable models being available even for people building PCs on highly limited budgets. But is an SSD worth it? The short answer is if you’re currently rocking an old hard drive, then yes, an SSD is worth it. But are high-end NVMe SSDs worth it over the SATA drives? And what about high-capacity drives, which can still cost an arm and a leg? Let’s answer these questions below.

SSD vs HDD: Is an SSD worth it over an HDD?

As we already said, any SSD you can get your hands on is worth it over any HDD, no matter its speed. Even the cheapest SSDs that come without DRAM cache are a massive improvement over any HDD. Remember, you only need DRAM cache if you’re doing a lot of file transfers and want to save time or if you need consistent writing speed when transferring large files. If you’re a regular PC user, who mostly browses the web, watches YouTube or Netflix, plays some games, and uses their PC for word processing and occasional simple photo editing, you’ll be OK with a cheap DRAMless SSD.

Sure, cheap DRAMless SSDs can come with shorter lifespans, which isn’t tied to the lack of DRAM but with manufacturers using cheaper NAND memory. But, if the SSD is used as an OS drive, the experience will be as good as on any other SSD. In other words, it’ll be an entirely new dimension compared to using an HDD. OS boot times will be massively improved. Next, games will load much, much faster. Finally, opening programs such as Chrome or Photoshop will take noticeably less time.

SATA vs NVMe SSDs: Is an NVMe SSD worth it over a SATA SSD?

We’ve come to the exciting part of the discussion. Are NVMe SSDs worth their price premium over SATA SSDs? Remember, when we say SATA SSDs, we also consider M.2 SSDs that use SATA Interface. M.2 is a form factor, while NVMe is the name of the new, faster storage protocol. It can reach much faster speeds than SATA since it uses PCIe technology for accessing and transferring files. So, if you’re thinking about getting an M.2 SATA SSD and you only have one M.2 slot on your motherboard, it’s better to get a regular, 2.5” SATA drive and keep that M.2 slot for a faster NVMe drive.

Now, to answer the question. In short, it depends. If you’re a gamer and want faster loading times, getting a fast NVMe SSD won’t give you much of an upgrade. The same goes for the OS boot times; you can shave off a couple of seconds when switching from SATA to the fastest PCIe 4.0 drives. Some programs will open much quicker (Photoshop, for example) on an NVMe drive. But there is a question of whether opening specific demanding programs faster is worth the price premium.

If you’re a regular user, there’s not much of a difference between a SATA and an NVMe SSD, no matter what you read online. That said, if you have the money and know that spending more on a faster storage drive won’t eat your budget for other components, go for it. Maybe you’ll start using your PC for serious video editing. Or some different workflow where you’ll deal with large files daily. This is where you could see noticeable improvements.

For instance, while you don’t need an NVMe drive for photo and video editing per se, it can significantly help when transferring files (if you have two fast drives, otherwise the slower drive will limit the faster SSD). Also, when using programs that rely on scratch and cache disks, NVMe can save you a lot of time and create a smoother workflow. PCIe 3/PCIe 4 NVMe drives have much lower latency compared to SATA drives. This is important when you need to write a bunch of random data fast while a bunch of data is accessed simultaneously. And remember, if you want to get an NVMe drive to use exclusively as a scratch disk, you don’t need a 1TB unit. Smaller drives will be just fine.

Next, suppose your editing workflow includes multiple demanding files at once, combined with codecs that can use very high data rates. In that case, an NVMe SSD should also be a worthy improvement over a regular SATA SSD. Finally, high-end NVMe SSDs, with a large dynamic cache and PCIe 4.0 interface, are the best choice for users who need to move large files quickly. But again, this will work only if you have two of those. Otherwise, the faster disk will be limited by the maximum write speed of the slower disk.

And finally, let’s talk about next-gen consoles, their fast SSDs, and whether PC gamers need to get an NVMe SSD for future titles. In short, not yet. We have Ratchet & Clank: Rift Apart and Returnal, but these two are PS5 exclusives. And only the former is using cool new SSD features. As you probably know, Microsoft is not planning to abandon the Xbox One family of consoles anytime soon. The company stated multiple times that they wouldn’t release proper next-gen games for at least a couple of years into the Xbox Series X and S lifetimes.

And if we look at what Sony’s doing, announcing that God of War: Ragnarok and GT7 are, indeed, cross-gen titles and pushing the former into 2022, it’s clear the company isn’t going full-on next-gen, where ultra-fast SSDs will make a difference. They hinted back in the now-infamous “we believe in generations” statement from Sony’s Jim Ryan. Further, Unreal Engine 5, the first mainstream game engine that can utilize the magic of super-fast SSDs, is still (at least) half a year from the official release. In other words, games based on it are even further down the line. We’re trying to say that SATA SSDs will be just fine for PC gaming for the foreseeable future.

So, to summarize. NVMe drives are worth their price, but only for specific workflows. It works with huge files or demanding photo and video editing projects that rely on scratch disks and cache. Next, using specific codecs that feature very high data rates or needing multiple disks with very high sequential write speeds. If you need NVMe drives for the last use case, make sure they come with a large dynamic cache. This doesn’t mean that we only recommend NVMe SSDs to a small number of professionals. Quality PCIe 3.0 NVMe SSDs cost as much as SATA drives, which are excellent choices for regular users who want faster storage drives. The WD SN550 M.2 NVMe SSD is one example. It has a pretty good read and write performance even without DRAM, it’s cheap, and there isn’t a reason to not get it when similar SATA SSDs sport more or less the same price.

And before we move to the next topic, do your research before making a purchase. Certain manufacturers have swapped both SSD controllers and NAND flash used in their drives. The swap affected the overall performance of specific models. And you don’t want to pay a price premium only to get an inferior product.

If you require high-speed and high-capacity storage and can benefit from having a large SSD, you should get one. The market includes cheap, high-capacity SATA SSDs that can provide a massive improvement over traditional hard drives. For instance, devices such as the Samsung 870 QVO or WD Blue SATA SSD come in 4TB versions with price points that don’t put a premium on larger capacities. These are great for cheap SSD storage but realistically speaking, you don’t need them.

Hard drives are still good enough for even the best server motherboards and best NAS motherboards. And in the latter scenario, you can always get an SSD drive as a cache while keeping most of the data on HDDs. On the flip side, high capacity NVMe drives, especially the new PCIe 4.0 models, are still too expensive for us to consider as value purchases. If you want to get a high-capacity PCIe 3.0 or 4.0 NVMe drive, 2TB is the upper limit where the price/capacity ratio doesn’t get launched into the stratosphere. This will change in the future but, at the moment, if you need a 4TB SSD, we would recommend sticking to the 2.5” SATA devices.