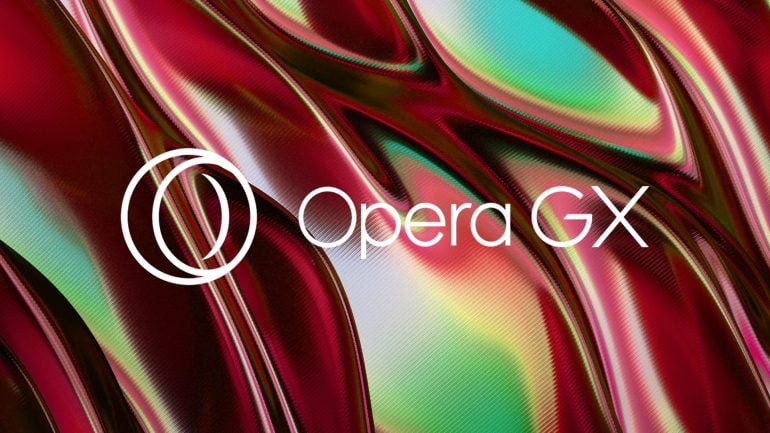 Opera GX promises to be the best browser for gamers, but does live up to being gaming or a daily driver browser?

Opera GX touts itself as the best choice for gamers. This “gamer” version of Opera comes with gamer-specific features, unique design, and even tools that should lower the amount of resources used by the browser. Is any of this true? Is Opera GX good enough to be used as your daily driver? Can the browser indeed keep your frames stable while browsing and gaming? Maybe even higher than when using Chrome, for instance? We don’t know yet, but we plan on finding out.

We’re starting with analyzing Opera GX as a daily driver option for regular users and gamers alike and continue with testing the browser in a typical “browsing while gaming” scenario. We’re going to play some rather demanding video games while running Opera GX in an active window and see just how much our FPS is affected. And then, we will compare the results with the most popular browser at the moment, Google Chrome. So, is Opera GX good? Stay with us and find out.

Is Opera GX good choice for a daily driver?

In short, as long as you don’t care much about your internet privacy and dig its visual design, Opera GX is a pretty good choice as your daily driver. The browser’s pretty fast and snappy when loading new pages or when you open it with a ton of tabs already running. Next, it offers a massive number of settings to tweak. Far more than Google Chrome, experimental flag features notwithstanding. Also, you can import bookmarks from Chrome in just a couple of clicks.

The browser’s pretty secure and safe to use. It does have a number of privacy issues, but if you’re already using Chrome as your daily driver, this shouldn’t bother you. After all, Google is best known for collecting user data in a million different ways, so Opera GX doing the same shouldn’t drive you away from it. If your browser of choice is Firefox or degoogled Chromium, stay there because Opera is not a great choice for users who cherish their privacy.

Some people may love the visual design, while others might hate it. Sharp angles, monochromatic color choices, and overall aggressive, gamery design isn’t something we love. At least Opera GX comes with many different themes, some of which use simple, desaturated colors that are quite pleasant to the eyes. The browser’s also stable and comes with a pretty good adblocker. In about a week we’ve been using it, we didn’t experience any crashes, and the ad blocker did its thing rather well. It failed to hide one ad on the YouTube home page, but that was about it.

To test its impact on system resources, we’ve decided to open 20 tabs from our bookmarks bar, two of which include a 1080p YouTube video actively playing and a 1080p 60fps Twitch stream playing in the background. This combination uses about 1,650 megabytes of RAM. Our GPU utilization (RTX 3070) varies between 15% and 25%. Of course, we have hardware acceleration turned on in settings, which allows the system to use GPU for video decoding. If we switch the quality of the YouTube video to 4K, GPU utilization tops out at about 55%-65%.

Now, when running the same combination of tabs and videos on Chrome, we see about 1,500 megabytes of memory used by the browser with the same amount of GPU utilization. Surprisingly, it seems that Chrome uses fewer resources than Opera GX. Not a great result for a browser made for gamers that should use less memory when you have a ton of tabs opened.

Still, only using about 150 megabytes more memory is a negligible difference. Next, GPU utilization shouldn’t change between browsers since we have the same videos the GPU needs to decode. As for extensions, you can install an extension that allows running any Chrome extension in Opera, excellent news for everyone worried they wouldn’t be able to use their favorite extensions after moving to Opera GX.

So, at the end of the day, we can say that Opera GX is a pretty solid choice for using it as a daily driver. As long as you don’t mind privacy issues, of course. But what about using Opera GX as a gamer? For instance, having the browser on your secondary monitor while playing something on your primary monitor? Could Opera GX keep your frames more stable, even get you a couple of extra frames compared to Chrome? Let’s find out.

Is Opera GX good as a gaming browser?

In this section, we are testing Opera GX and Google Chrome in a multi-monitor setup. We’re running Cyberpunk 2077 on our primary monitor while keeping the two browsers open on the secondary monitor. We will perform some benchmarks and see whether we’ll get better results with Opera GX. Do note that, for this testing, we’re using 1080p resolution for YouTube videos and gaming benchmarks.

We’ve picked Cyberpunk 2077 because the game’s CPU-intensive and can sweat both your GPU and CPU. As for the benchmark run, we’ve chosen a demanding area in the game, close to V’s apartment. We’re driving a motorbike with GPS set on V’s home, taking the same route during each run. We’re using the game’s Ultra quality preset. This benchmark is extremely demanding, so don’t be surprised if you see numbers lower than other RTX 3070 1080p benchmarks.

We’re doing a base performance test without any browser running in the background as a baseline. Next, we’ve also included tests with Opera GX, and Chrome with hardware acceleration turned on and off. Hardware acceleration allows your GPU to perform video decoding and general website rendering. With it off, the decoding work is relegated to the CPU. Also, with hardware acceleration off, we’ve noticed certain artifacts while vertically scrolling through web pages. The artifacts look the same as when you run games without V-Sync on monitors without VRR support. In other words, they look like screen tearing. Both browsers have a single YouTube 1080p video running in the active tab along with a 1080p 60fps Twitch stream and 18 other tabs, making for a total of 20 tabs.

Before we show you the results, let’s list our test system:

The results show that both browsers penalize performance by about the same amount. Opera GX is better with hardware acceleration on. The downside of this scenario is that the YouTube video gets exceptionally choppy. On the flip side, Google Chrome provides slightly better performance when the CPU decodes the YouTube video. And this time, the video looks fine and is almost as fluid as when you play it without a game running on the second screen.

So, the results show that Opera GX doesn’t improve gaming performance. If you want to watch 1080p YouTube videos while gaming without issues, you’ll get better results when running Chrome with hardware acceleration turned off. And this is what we recommend to all users who own a modern, 6-core gaming CPU or faster. If you want to have Twitch or YouTube playing while you’re gaming, turn hardware acceleration off and use Chrome instead of Opera GX.

When it comes to the CPU limiter found in GX Control app, it’s basically useless. If you try to limit your CPU usage while running a YouTube video or Twitch stream without hardware acceleration, the video will just become choppy as hell, and you won’t be able to watch it. On the other hand, you don’t need the limiter when you turn on hardware acceleration since background tabs aren’t using CPU resources. The only scenario where we could find the CPU limiter useful is if you happen to visit a website that is heavy on the CPU even when running in the background.

As for the RAM limiter, it could help you if you own a budget gaming PC with 16GB of memory or less. When we turned it on, we didn’t see any gains in the amount of memory used by the browser. That’s probably because we have 32GB of memory in our system, and the browser didn’t think it needed to limit its memory usage.

Once we turned the hard limit on and set 1GB of memory as the maximum Opera GX could use, we’ve noticed that the memory usage went down to less than 1 gigabyte. That’s a pretty good result considering that, by default, the browser used more than 1,600 megabytes of memory with 20 tabs opened. In other words, if you’re low on memory, Opera GX and its RAM limiter might help you while running the browser and gaming simultaneously.

Opera GX is a pretty solid choice as a daily driver. It’s fast, easy to install, and can run every extension available for Google Chrome. The browser comes with lots of themes and a ton of extra features. Its built-in ad blocker is pretty good, and there are many options for you to tweak. The browser even comes with a built-in VPN. The VPN’s not very good but still, it’s there.

On the other hand, Opera GX isn’t better than Chrome in keeping your framerate higher or more stable when running the browser alongside games. Our tests have shown that the two browsers impact gaming performance at about the same level. In fact, if you have a beefy CPU, you can turn hardware acceleration off and get a couple of frames more with Chrome than with Opera GX.

Opera GX includes some gamer-focused features, but it isn’t lighter than Chrome when it comes to performance. Chrome might even be a better choice since it uses slightly less memory and allows for a couple more frames in games when playing videos without hardware acceleration. The Opera GX CPU limiter feature is more or less useless. The only performance-boosting feature that might work for you is the RAM limiter in case you run short on memory. In other words, Opera GX is good as a daily driver, but it doesn’t make much sense as a gaming-focused browser.