Is the Nintendo Switch still worth it in 2023?

Here's everything you need to know if Nintendo Switch is worth it or not. 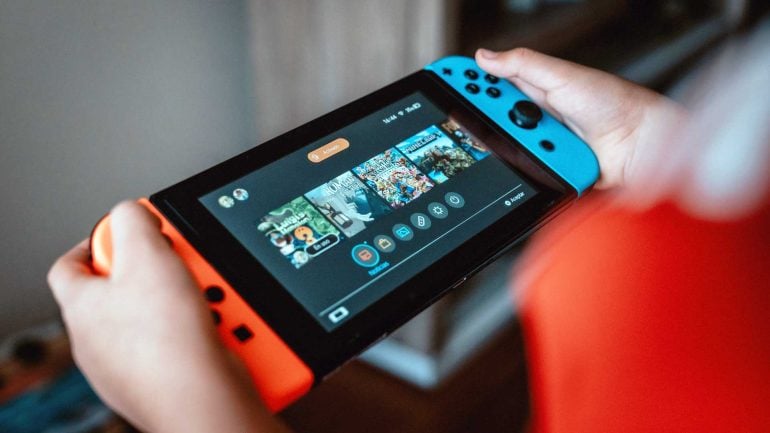 Are you looking for a new gaming machine to keep you occupied for the first holiday season in the age of social distancing? Luckily, you’re spoiled for choice. With a new generation of consoles just around the corner, many gamers are left with a difficult decision to make: should you spend your hard-earned money on a Switch, or save up for a PlayStation 5 or Xbox Series X? While there’s no denying the satisfaction of owning shiny, new tech, the Nintendo Switch has a strong case for being the console that will bring the most seasonal cheer to your home. Here are just a few reasons why the Nintendo Switch is still worth it in 2021.

A strong library of games

No gaming company can rival Nintendo’s lineup of family-friendly video games. Over several decades and across multiple gaming generations, Nintendo has built a reputation as a creator of games that appeal to both kids and adults. It’s easy to point to Nintendo’s first-party IPs as proof, but the Switch offers much more than just Mario and Kirby. According to Nintendo’s official website, the Switch has nearly 3,000 titles rated either E or E10+ by the ESRB, making it the go-to console for light and casual family games.

Nintendo hasn’t always given core gamers much love in the past, but that ends with the Switch. Many “hardcore” franchises that a few years ago would never have launched on a Nintendo device are available on the Nintendo Switch. This includes some big titles, like Fortnite, Burnout Paradise, Rogue Company, Skyrim, and The Witcher III. Let’s not forget Nintendo’s excellent first-party exclusives, which include the best Mario and Zelda games to come out since the Nintendo 64.

Take your games on the go

The Nintendo Switch is both a handheld gaming device and a home console. With three gaming modes — TV, handheld, and tabletop — you can go from playing on your TV to gaming on the go. No other console from a major maker comes close to touching the Switch’s versatility and portability.

The Nintendo Switch is both a handheld gaming device and a home console. With three gaming modes — TV, handheld, and tabletop — you can go from playing on your TV to gaming on the go. No other console from a major maker comes close to touching the Switch’s versatility and portability.

If you don’t plan to have your Switch hooked up to your TV, you should consider the Lite version. It’s a smaller, slimmer version that’s about $100 cheaper and supports all the same titles. However, you’ll miss out on fancy features like the ability to game on your TV or tabletop, and the Switch Lite doesn’t come with Joy-Con controllers out of the box.

Of course, the Switch wouldn’t be much of a portable device if it didn’t have a decent battery. According to Nintendo, the launch version of the Switch will last you anywhere from 2.5 to 6.5 hours. The updated version (which you’ll get if you purchase a device produced any time after July 2019) will give you 4 to 9.5 hours. If you go for the Switch Lite, you should get 3 to 7 hours of handheld gaming time.

How do the specs hold up?

The Switch may not have the specs to go toe-to-toe with a PlayStation 4 or Xbox One, but it’s certainly no slouch. Weighing in at only 400 grams, it’s the lightest modern gaming console by far. The standard Switch has a 6.2-inch touchscreen that outputs 720p video — unimpressive by current standards, but it does the job. When it’s docked and hooked up to a TV, the Switch can render games at 1080p and 60 frames-per-second.

Every device comes with 32GB of internal memory, which should be enough to hold a few games. You can expand your storage space by inserting a Micro SD card into the back of your Switch. You can purchase physical copies of games, but you’ll have to deal with manually switching out game cards.

Don’t expect cutting-edge technology or performance with a Nintendo Switch. There are even plenty of mobile devices that are more impressive on paper. The Switch’s strengths lie in its library of exclusive titles and its unique hybrid gaming modes — you won’t get those anywhere else.

Nintendo Switch Online is Nintendo’s proprietary multiplayer service that allows you to back up your saves and play your first-party Nintendo titles online. You don’t get all of these features with every title; for example, some games don’t support cloud saving at all. Another quirk: the Switch doesn’t support voice chat — you’ll need to use the companion smartphone app for that.

Subscribing to Nintendo Switch Online also grants you access to Nintendo’s library of retro titles from the NES and SNES. This is a great opportunity to relive your favorite gaming memories for childhood or try out must-play classics you might have missed out on.

Nintendo has always promoted the Switch as a gaming device for social gatherings. If you just want to game with some friends in the real world, local multiplayer doesn’t require a subscription to Nintendo Switch Online. You can pair four Joy-Cons to a Switch, and you can link up to eight consoles for massive multiplayer matches.

Nintendo Switch vs. The Next Generation

It’s official: Sony and Microsoft will be releasing their new consoles in the second week of November. So, how does the Switch size up to the next generation of consoles?

Numbers-wise? Not great. Visually, the Nintendo Switch can’t compare to the PlayStation 4 or Xbox One, let alone the PlayStation 5 and Xbox Series X. The Switch is already a bit outdated on a purely technical level — even compared to a modern tablet. It only has 32GB of internal memory (though that’s expandable), and its online gaming platform leaves much to be desired. And there are plenty of budget smartphones with bigger screens and higher resolution than the Switch’s piddly 6-inch, 720p touchscreen.

But we all know it takes more than the latest tech to make a great gaming console. Nintendo has always played to its strengths: innovative first-party exclusives, its family-friendly image, and the ability to forge unique gaming experiences. You won’t find Mario or Metroid anywhere else, the Switch has tons of titles you can enjoy with family and friends, and the Joy-Cons that come with every Switch let you take that multiplayer experience wherever you go.

Let’s also not forget that there will be a shortage of quality games for the first few months after the PlayStation 5 and Xbox Series X launches. Compare the launch titles for the new consoles to the Switch’s current and upcoming titles. It’s not even a contest; the Switch has enough games to keep you busy for months.

Even as developers transition to the new generation, it will still take some time for them to get the best of the hardware. The Switch is entering its prime years — developers can squeeze every drop of performance out of it. The games coming in the next year will be some of the most visually-impressive and optimized titles the Switch has ever had.

Best Android games to play in 2023

When you consider the Switch gaming experience as a whole, there’s really nothing on the market like it. Sure, the Switch’s hardware is outdated, the online system is barebones, and it only comes with 32GB of internal memory, yet, it’s hard not to recommend the Nintendo Switch, despite its many flaws.

When you buy a Switch, you get access to all of Nintendo’s great first-party titles. You can take your home gaming experience on the road — an old promise that dates back to the days of the PSP, but has only been realized with the Switch. You also get the ability to host impromptu multiplayer parties wherever you go. And the kicker: you can get all of this for hundreds of dollars less than a new next-gen console.

Torn between the standard Switch and the Switch Lite? Here’s a quick rundown of what each version of the Switch has to offer to help you make a decision.

First, the Switch Lite is only playable in handheld mode. You lose the ability to prop it up and play on a tabletop or hook it up to your television via a Switch Dock. This makes it a pure handheld device, like the NDS and 3DS. Its screen is also about an inch smaller.

Unlike the standard edition, the Lite doesn’t come with Joy-Cons out of the box. Instead, the buttons are physically part of the Lite’s body. It also doesn’t have rails on either end that you can hook your Joy-Cons to, but any Joy-Cons you do have can be paired to a Lite as you would with a standard Switch.

Our recommendation: save up for the standard edition. It’s pricier, for sure, but you get the complete Switch experience. The Lite feels like a cheap imitation by comparison. 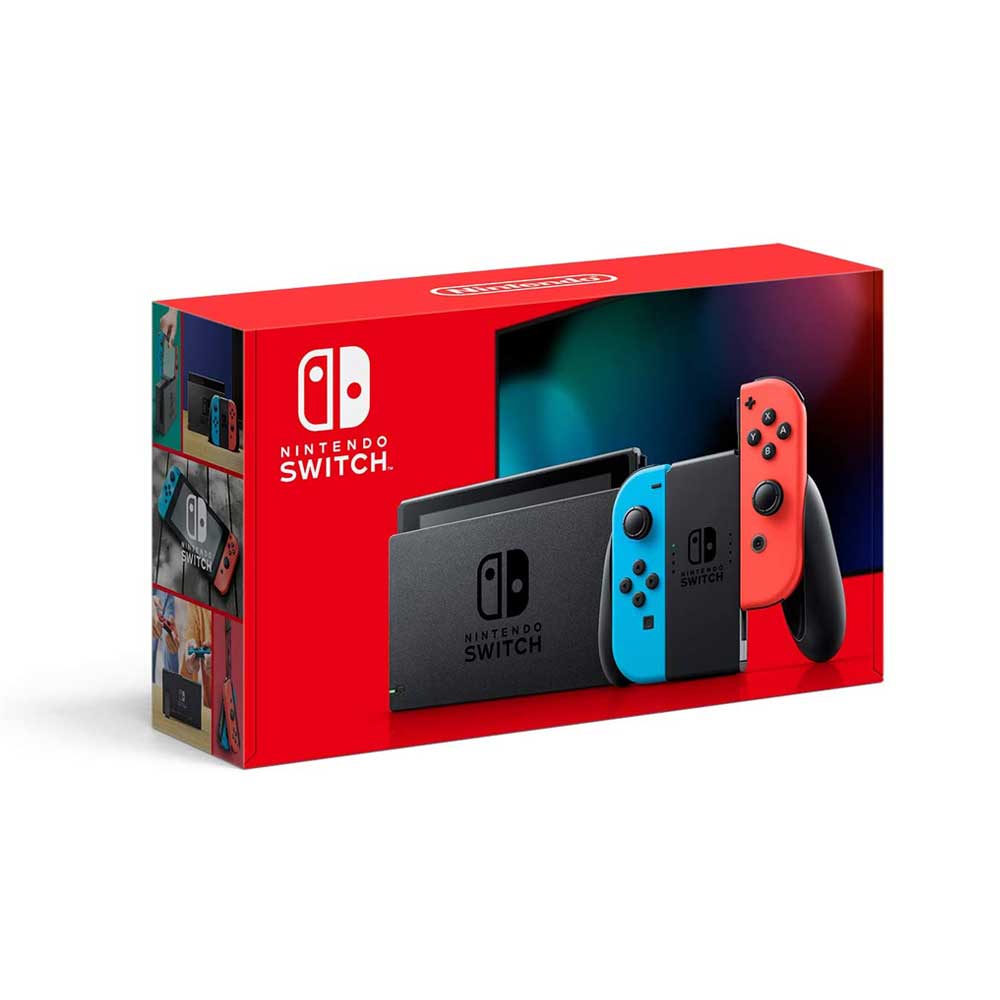 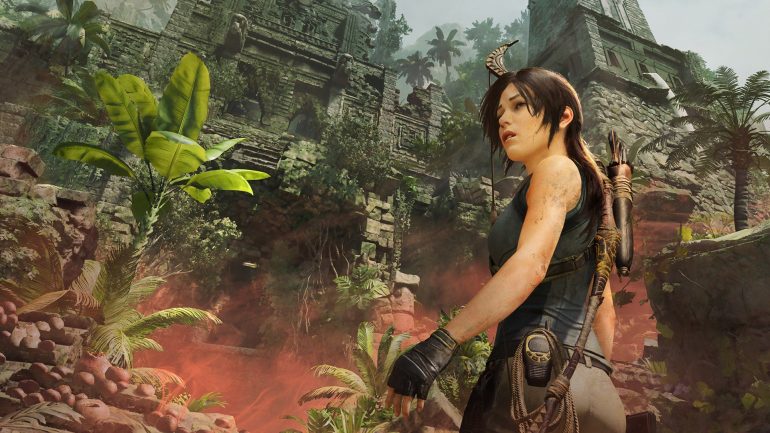