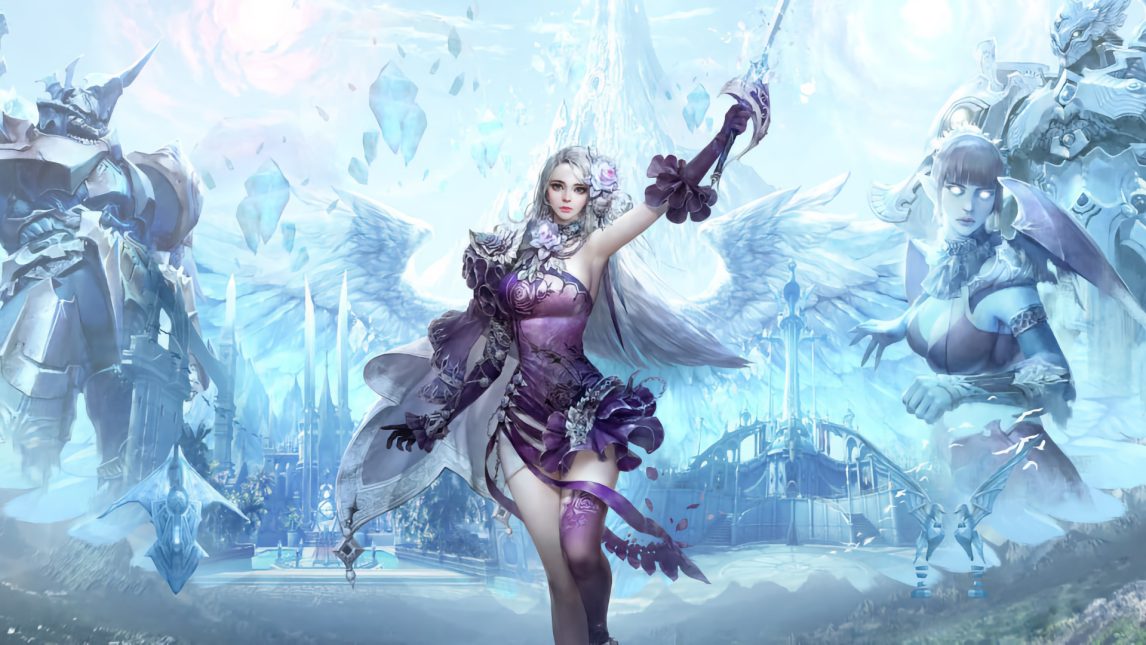 NCSoft is one of the biggest powerhouses in South Korea in the video game industry. Founded in 1997 by Taek Jin Kim, NCSoft was created to allow thousands of South Korean gamers to play simultaneously together. The company was behind one of the first massively multiplayer online role-playing games (MMORPG) in the country. Following that success, NCSoft quickly became a household name in Asia with a catalog full of great hits in the MMORPG genre. Taek Jin Kim tried to replicate that success in the West, but it took him several attempts before finding a formula that could work with that audience (mostly in the United States).

With a virtual presence in 60 countries, NCSoft boasts a huge success on PC and mobile and over 4,000 employees. The company has acquired many subsidiaries, with some focused on adapting Korean video games for the western audience and works with several publishers (including Tencent). They have offices in Europe, Asia, and North America. NCSoft is a walking paradox, as the company is a veteran with numerous achievements and a massive presence, while still being relatively unknown or in the mainstream media. Here are the most significant NCSoft statistics and facts to know about.

The #2 online game company in South Korea follows its principle to regularly launch quality MMORPGs, while working on their overseas expansion. Through his 25 years as the CEO of NCSoft, Taek Jin Kim has managed to stay on top in his country, but also throughout Asia, even tackling the ever-growing mobile gaming industry. The CEO has always been able to feel the pulse and give players what they want on the eastern continent, with sometimes a few difficulties in the West.

1. NCSoft’s market value has been estimated at around $16.8 billion market cap.

NCSoft has mostly experienced an increase in its revenues and even when the year-on-year number decreases, it shows a relatively small gap. It shows that the company has been steady in its success, mostly found in Asia. The biggest titles in the catalog (Aion, Blade & Soul, Lineage, etc) have also found their public in the West. NCSoft has also successfully embarked on the mobile gaming adventure. With South Korea being the fourth-biggest mobile games market, it would have been a mistake to neglect this aspect. Up to 70% of the revenue originates from mobile games. Those have been a trend for a long time in South Korea (and Asia in general) as over 55% of the South Korean video games market revenue is generated by mobile games. The 2nd most appreciated platform is the PC, while consoles are last. Whether you go for PC or mobile, NCSoft has several strong titles on all those platforms, making the company one of the Asian titans in the industry.

NCSoft did not escape the impact of COVID in 2020 and the numbers speak for themselves. 2020 is their best year ever since the company was created. That year really was a blessing as not only did the sales go through the roof, but because of the lockdowns and the social distance rules, the total expenses were drastically reduced. Fewer people were working, not as much marketing was needed, but the profit made still ended up being one of a kind. Obviously, the situation went back to normal in 2021 as the world was better adjusted. But FY2021 was still a really lucrative year as players kept most of their habits and newcomers continued playing.

NCSoft specializes in MMORPG but has also dabbled in other genres such as mahjong, sport, rhythm, or even FPS. In general, their games are pretty well received in South Korea and the rest of Asia. But, it took some time for the company to actually find some actual success in the West due to the cultural differences in gaming culture that were not taken into account at the beginning. Big titles such as Aion or Guild Wars are well-loved in the West, with proper fandoms.

Lineage was the first game released by NCSoft, and it simply became a phenomenon in South Korea and spread quickly throughout the whole continent. The game is largely open to PvP, except in safe zones. Players can join a bloodplegde to be able to engage in sieges and wars. Several other games were released, like Lineage, which was never released in the West and might never be. The sales were extremely poor in Japan, Singapore, or even the United Arab Emirates, which clearly killed any plan to release it in Europe and North America. Lineage II, however, was also a success, received with mixed reviews in the West. 8 years after its release, it switched to free-to-play. Lineage was also ported on mobile with Lineage M and Lineage II M, which are simply the mobile ports of the original games. The franchise is an institution in South Korea, but NCSoft has announced that they are now done with the series.

Aion was doing well already, but 2021 was clearly a big year for the game. The opening of the classic server increased the traffic and the number of players. A lot of veterans also came back to relive the good old days. The game is a mix of PvP and PvE, leading to the PvPvE mode. It was really anticipated in the West and 400,000 pre-orders in the United States were recorded. Several expansions were released, and the overall content has always been received rather positively. The biggest pet peeve, according to critics, is the grinding aspect, but as this is an MMO, no one is surprised. The game was also acclaimed for its OST and its graphics and design. Nowadays, the community is still alive, albeit reduced. But that is a minor issue since it has been announced that NCSoft is working on Aion 2.

Blade & Soul was heralded as a revolution when it was released, and it was well deserved. With a character design by the talented Hyung Tae-Kim (with a clear touch of Korean culture), pleasant graphics, original gameplay using martial arts and qigong, and rich customization options, the game could only be a success. Blade & Soul 2 was released on mobile, but the game was such a flop that NCSoft was quick to announce that the franchise would add two more games: Blade & Soul S on mobile and Blade & Soul Console. B&SS is already under fire by fans for the chibi-cute approach it is taking with its graphics. However, considering that the servers of the original game are still online and that you can still enjoy rewards and benefits through Amazon’s Prime Gaming via Twitch, players can still enjoy what made the success of the license. Hopefully, the console version will stay faithful to the original universe.

Guild Wars was heralded as a revolution upon release. Not only was the game not adopting a monthly subscription fee (like all MMOs from back then), but it was capable of creating a new version of the same area for different groups. The graphics were also acknowledged and, most of all, the fact that even low-end PCs could still allow enjoying the game properly. The first game was followed by three standalone games before Guild Wars 2 (the direct sequel) was released with updated graphics and new gameplay mechanics. In PvE, players can band together and enjoy a diverse array of cooperative modes. The games and all their expansions have all been acclaimed by critics, from the West and the East, and Guild Wars 2 is thriving nowadays. The new pack expansion released in 2021 broke the expectations with even higher and better numbers than planned. A new expansion has already been announced in March 2022.

NCSoft started with a loud bang with its first released game and has -kind of- managed to always keep the momentum high. “Kind of” because the company did make some mistakes along the way (read: Lineage W and Blade & Soul 2). One thing is certain: NCSoft understands its Asian player base perfectly.

With the western one, the company had to learn how it differs from its usual audience. In Asia, players are more used to playing in Internet cafés, with their friends, or on low-end devices in certain countries. Meanwhile, European and American players, who want a war machine for a PC, are more prone to playing solo in their living room. Those differences are the reason Lineage was a massive flop when it was released in North America. The game was difficult for solo players, and it looked dated. We can see the difference with Aion, Blade & Soul, and Guild Wars: those games immediately found big resonance in the western gaming spheres.

It is interesting to observe NCSoft and how they intend to tackle the future, as it is a major player that is overshadowed in the West, while still making waves in that part of the world. 2020 offered the right set of circumstances for new players to discover NCSoft and its captivating catalog, and that is certainly an opportunity the company will not let pass it by without swiftly acting. They have already announced that they intend to develop new IPs, instead of only focusing on their old ones.