Opera GX VPN 2022 review – does it really protect you?

Opera GX comes with a built-in VPN feature that promises fast and anonymous browsing. Is the Opera GX VPN any good? Find out in our review. 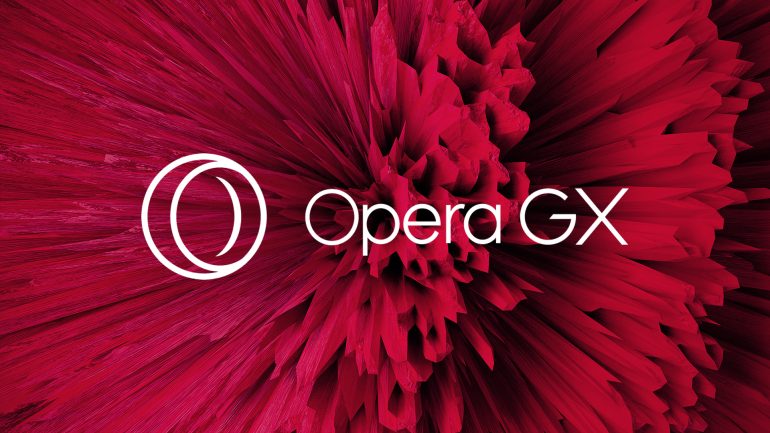 Opera GX, a gaming browser made by Opera, comes with a built-in VPN. Opera introduced its browser VPN after acquiring SurfEasy, makers of a VPN app, in 2015. The VPN feature’s the same as seen on the regular Opera browser and its mobile versions except for Opera Touch for iOS. This means that almost every browser version, GX included, comes with the same VPN with the same features and (most likely) the same performance. Further, the built-in VPN is completely free. But is the Opera GX VPN any good? Does it come with any downsides? Find out below.

What is Opera GX VPN?

Opera GX VPN is a free VPN service provided by Opera. You can easily access the VPN via browser settings in Opera GX. The feature’s not a proper VPN since it only offers VPN features in-browser, not across the whole system. This means that the VPN found in Opera GX won’t work in any app running outside Opera GX. In other words, the Opera GX VPN feature is a proxy and not VPN.

VPN software works across the whole system. It secures all your internet traffic, be that browser, a torrent app, or network traffic related to Windows updates. You can even run VPN on a high-end router and thus enable it for all devices connected to that router. A proxy, on the other hand, works only in-app – in this case, only inside Opera GX. So, the built-in Opera GX VPN is a proxy and not a proper VPN. Aside from not being a full-fledged VPN service, it also lacks some features regular VPNs have.

Opera GX VPN masks your IP address and encrypts traffic between your PC and a website your visit, It doesn’t, however, encrypt the internet traffic between your PC and the internet as a whole. This means that, while your actual IP address is hidden, your privacy isn’t protected. For instance, your service provider won’t know the websites you visit or any detail about your browsing habits when using a regular VPN. But when using the Opera GX VPN, all that is visible to your ISP. Next, Opera GX VPN doesn’t support VPN tunneling, another essential feature found in most VPNs that increases your security and makes you anonymous online.

So, to summarize. The VPN found in Opera GX isn’t an actual VPN. Instead, it’s a proxy. It hides your real IP address and location, but it doesn’t encrypt your data. It won’t hide your internet browsing from your ISP or a government agency. In other words, you aren’t anonymous when using Opera GX VPN. Next, Opera GX works only in the Opera GX browser, not on a system-wide level. While the VPN hides your IP address when using Opera GX, any app launched outside the browser will show your real IP.

Okay, by now, you can see that Opera GX VPN isn’t a real VPN. It’s handy when you want to spoof your IP address, but it doesn’t encrypt or anonymize your internet traffic. But what if you just need a quick, easy, and free solution for changing your location? Well, let’s cover the features you have access to as well as the performance of the Opera GX VPN. Finally, let’s talk about privacy and security issues tied to the VPN service offered in Opera GX.

Opera GX’s built-in VPN is slim on features. Once you enable it in settings (just type “VPN” in the settings search box), the VPN service turns on. You get a “VPN” badge in the address bar, and by clicking on it, you get access to just a few options. VPN settings allow you to turn the VPN on and off and see how much data you’ve used. You can also select different servers.

Now, the data monitoring feature is handy, but it’s not really helpful since the VPN comes with unlimited data. As for the server selection (labeled as virtual location), it’s pretty slim. You can pick between Optimal (whatever that means), Americas, Europe, and Asia. There’s no option to select servers located in specific countries. Most VPNs, even free ones, offer servers in particular countries. In other words, you can’t use Opera GX VPN to access geo-locked content since you can’t pick a country certain web content is accessible from.

These are more or less all options included with the Opera GX VPN offering. Overall, very slim and without any feature that allows you to access geo-blocked content. At least the built-in VPN’s free and doesn’t include data limitations.

When it comes to performance, we’ve experienced pretty solid speeds. SpeedTest showed our 50Mbps internet plan topping out at about 47Mbps by default. With VPN turned on, the max speed was just below 41Mbps. Again, for a free service, not that bad. With that said, your mileage may vary, especially if you have faster internet speed.

The biggest issue with the VPN found in Opera GX is that it doesn’t encrypt your traffic. Next, Opera GX (and other browser versions) suffers from various privacy issues. To put it simply, Opera collects some types of private data, and while it doesn’t sell it directly, it uses it for monetary gain. And since the built-in VPN doesn’t encrypt your traffic, Opera can collect your data even when you’re using the VPN.

Opera claims, in its Privacy Statement, that “When you use our built-in VPN service, we do not log any information related to your browsing activity and originating network address.” This statement, however, doesn’t mean that the company doesn’t collect other kinds of data. Stuff like ads you clicked while browsing or gaming news you read in Opera GX’s GX Corner feature.

The aforementioned privacy issues are amplified by other problems that show their face when using the Opera GX VPN. Internet security experts have found that “when setting up the VPN, the browser requests something called device_id, this is subsequently sent in every request to the proxy, and it survives browser restarts and reinstalls unless you also delete your user data when uninstalling. This might be used for user tracking for whatever purpose.”

To top it all out, even though the company calls the service VPN, its ToS reads:

The VPN feature is not an end-to-end service, and it does not guarantee that any transmissions of information made while using a VPN will be secure.

At the end of the day, even though the Opera GX VPN service is free and comes without data limits, it does include a slew of privacy issues. And privacy issues shouldn’t be part of any quality VPN service. At least Opera GX is mostly safe from the internet security standpoint.

Should you use Opera GX built-in VPN

The final decision of whether to use the Opera GX VPN is up to you. If you ask us, the service doesn’t make any sense, and you shouldn’t be using it.

First of all, it’s not a proper VPN. Next, it doesn’t encrypt your internet traffic. Further, it’s slim regarding features and doesn’t allow you to pick servers located in specific countries. Finally, it comes with a slew of privacy issues, and using it doesn’t guarantee that Opera won’t stop collecting your data. Oh yeah, it also doesn’t allow you to access geo-blocked content since you can’t select servers in specific countries. It’s relatively fast and doesn’t come with data caps, but that’s about it regarding the positives. So yeah, we don’t recommend Opera GX VPN.