Want to rank up in competitive? Here's the best Overwatch heroes you should pick to dominate the online arena in Blizzard's premier hero shooter. 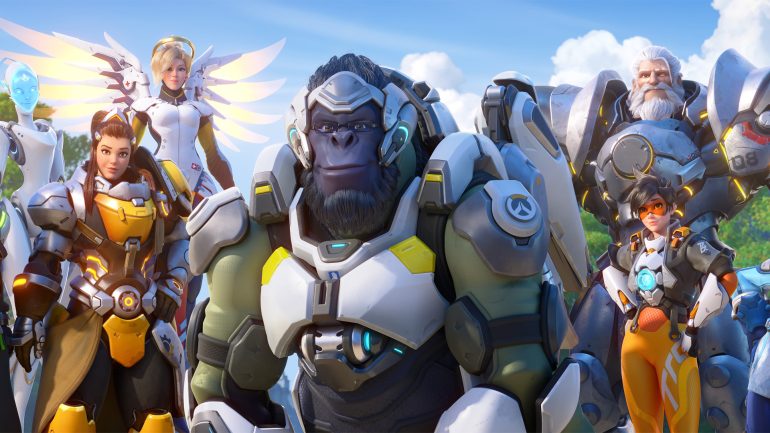 In Overwatch, every patch introduces new tweaks and balance changes, and it can take weeks for the new meta to take shape. Pinning down a fixed hero tier list isn’t easy when the game is constantly evolving.

Well, it’s been a while since the last major balance patch and we’ve played enough Overwatch to get a feel for the current meta game. Based on our own matchmaking experience—and with consideration for the latest hero win rate data available online—we’ve put together this Overwatch character tier list.

Just a disclaimer: this list is based on hero viability in competitive matchmaking, not OWL-level play. Overwatch at the pro level is a whole other ball game, and the best teams can make even sub-optimal heroes work with the right lineup and strategy.

If you’re here to become a better Overwatch player, check out our awesome Overwatch ranks guide that will help you climb competitive.

Here’s a table of the full list of Overwatch heroes and how we ranked them:

Now that we’ve established how the Overwatch heroes are ranked, you may be wondering what the tiers actually mean. “What’s the difference between an S-tier and A-tier hero?”

Our first consideration was hero win rate in competitive Overwatch. Just looking at win rates independently of attacking/defending team or team lineup, there are clear boundaries between hero tiers. For context, a win rate of more than 60% suggests a hero is overpowered. Other metrics we used were: whether a hero is generally good or a useful utility pick; a hero’s pick rate; how difficult a hero is to play.

The final tier list was weighted for win rate. The other metrics were used to determine classification for heroes with win rates in between two tiers (i.e. Ashe’s win rate put her at the bottom levels of A-tier, but her difficulty level put her in B).

S-tier heroes have the highest win rates in competitive Overwatched. This means they’re consistently good, regardless of lineup.

This doesn’t mean they’re the most fun to play, though (in fact, Symmetra and Torbjorn are largely considered “boring” characters).

Heroes in the A tier are generally easy to play and have relatively high win rates. Just like S-tier heroes, just having A-tiers in your lineup gives you a higher chance of winning a game.

B-tier heroes are also generally useful regardless of attacking/defending position but their effectiveness is greatly affected by team lineup. Ana, for instance, is one of the most versatile healers in the game, but fares poorly against lineups that can get in her face quickly.

The heroes in C tier are the most balanced in Overwatch. Their win rates sit on or around 50%, meaning they aren’t particularly over or underpowered.

The success of heroes in this tier is most influenced by the skill level of their player. For instance, a skilled Mei specialist can dominate matches with a C-tier hero. Unless one of these heroes is your main, you’re probably better off going with a higher-tier pick.

Overwatch borders and portraits for all levels in 2023

Data from thousands of Overwatch matches show that C-tier heroes have win rates just below 50%. This suggests their mere presence in a lineup makes your team more likely to lose.

Can you still do well and have fun with a D-tier hero? Sure, but you’ll be fighting against the meta the whole time. Steer clear of these heroes unless you’re up for a challenge.

F-tier heroes have win rates approaching 40%. That means having one in your team, regardless of lineup, gives you a 60% chance of losing. Luckily, there are only two heroes this underpowered (Sombra and Cassidy), so you can do better by picking literally anyone else.

And that concludes our Overwatch character tier list. With Overwatch 2’s release date on the horizon, Blizzard has slowed down the release of major balance updates to Overwatch. This means, for the first time in years, a tier list is fixed for longer than a few weeks! We hope you dominate competitive with the info gained from this article.

Need something else to play? Here are our picks of the best free PC games. Or if you want something play with cross-platform with your pals, here are some of the best cross–platform games.