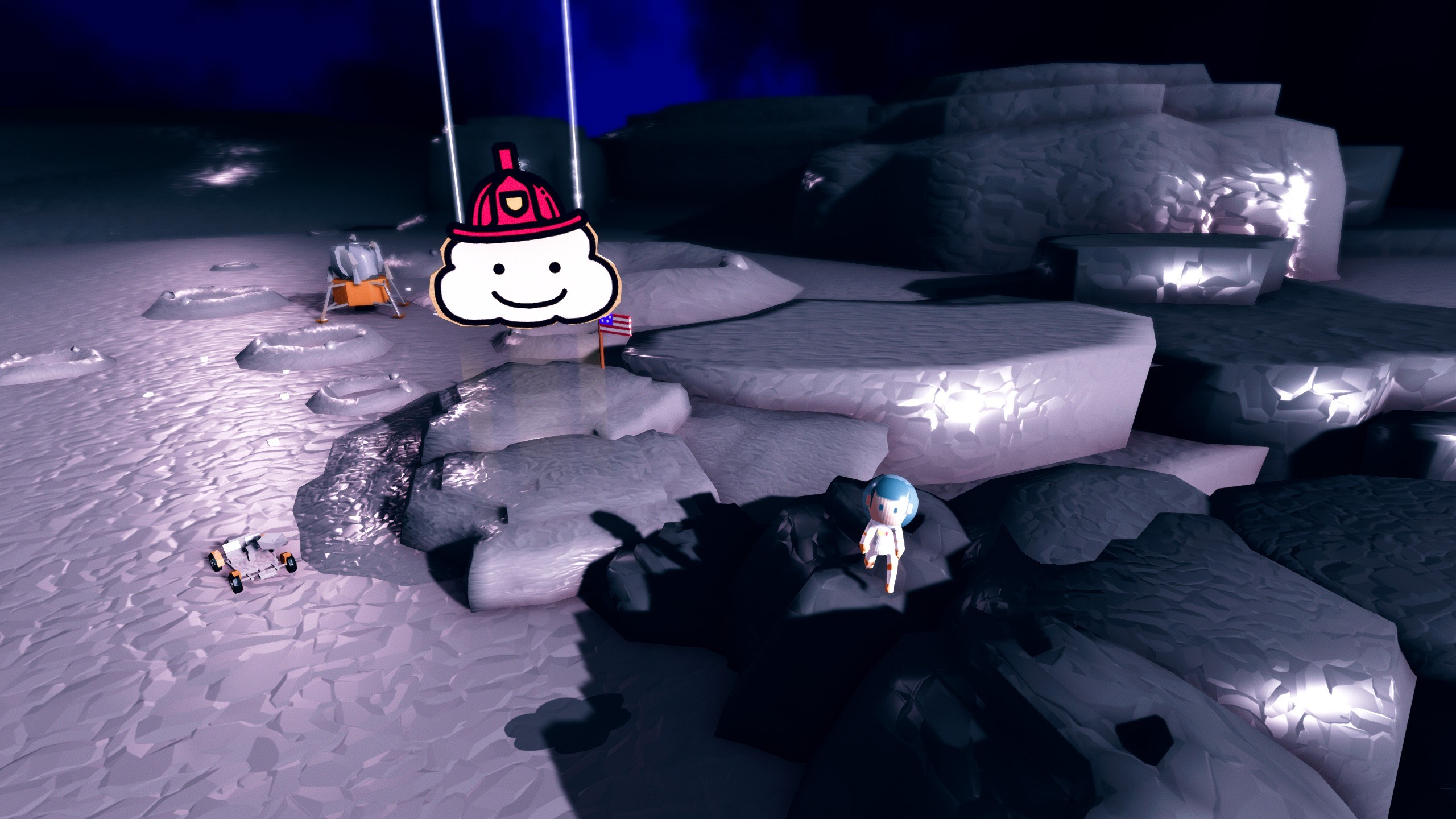 Rain On Your Parade review – bite–sized packets of pure fun

A short but sweet story about one cloud's lust for chaos.

An average video game is becoming longer and longer, especially AAA titles. This also works for indie games but to a much lesser extent. While we have pretty long indies, there are plenty of indie titles served in smaller packages. One of those games is Rain on Your Parade, a short but sweet story of one cloud and its lust for chaos.

Cloudy with a chance of mischief

You play as Cloudy, a young cloud looking for the dreamland, a place where he would be able to ruin everyone’s day, every day. And that place is called Seattle. During his journey, our cloud will meet an assortment of unique individuals, will solve all kinds of puzzles, and will grow stronger and acquire new powers. But mostly, he’s gonna ruin peoples’ days.

Cloudy likes to pour rain down on humans, and many of the levels in Rain on Your Parade revolve around performing various mischiefs. But this game is so much more than dropping rain on peoples’ heads. First of all, Rain on Your Parade’s levels are immensely varied. This is surprising considering that a large majority of levels present a bite-sized collection of diverse environments offering just a couple of objectives each.

Throughout the 50 levels found in Rain on Your Parade, you will wreak havoc around a farm, visit ancient history and rain hell on poor dinosaurs, and turn the weatherman’s life into a perpetual rainfall. But these levels are just a scratch on the surface compared to what this small game has to offer.

For instance, a number of levels include silly objectives or are simply there to make you feel better. You’ll try not to move, will paint janky paintings (just try not to accidentally hit the erase button), or pet the dog. You’ll also play human bowling and experience a unique take on Arkanoid. There’s also a selection of levels representing cult classic pieces of various media, from Metal Gear Solid to The Office. These levels are usually brilliant homages that include lots of clever references (not always, some of them are of the in-your-face kind that are still cute most of the time) and lots of quality humor.

Then there are levels where you have to help others or try solving (mostly) lightweight puzzles by using one or more of Cloud’s powers. There are four powers in the game: rain, thunder, snow, and tornado. And each works wonderfully. You can also swap water for various other liquids (like oil, or acid) on certain levels when there’s a need for those to solve specific puzzles.

Unlike lots of indie titles, Rain on Your Parade nails the fundamentals. The only potential nitpick is that a large majority of levels are extremely short. Some setups are quite interesting and, at times, you’ll want to continue messing around in these sandboxes.

When you have a game like this, comparisons with similar titles in the form of Katamari Damacy, Donut County, and Untitled Goose Game are inevitable. Well, when compared to these three, Rain on Your Parade isn’t as stylish in its execution as Untitled Goose Game but it also isn’t as simplistic in its gameplay as Donut County. It takes the timeless formula of Katamari and builds upon it until the final product is a game that knows its roots but isn’t trying to emulate them. Instead, Rain on Your Parade delivers a unique composition, one that’s recognizable but still an original piece of gaming art.

Playing the game might feel a bit janky at the beginning but after a while, you’ll realize that, here, everything works perfectly. Controls are tight and precise. AI works great and is quick to adjust to your feedback (like when dropping thunder and lighting next to a sheep to drive it into a sheepfold) and it won’t hit walls all the time. In-game objects aren’t clipping with each other, and they also work great when interacting with specific, objective-related items.

For instance, in one level where you’re helping an old lady to buy their groceries, you have to put various items into the shopping cart. And the whole process is seamless, even though you’re using toddler-sized tornadoes to achieve the objective. All of the components combined make for a captivating, varied, and well-executed gameplay loop that rarely repeats itself and that shells unique, bite-sized sandbox experiences one after another.

In other words, Clody is a joy to control (as long as you’re using a controller, M&K don’t work quite as well), puzzles are varied, engaging, and well designed, each power can come in handy in different situations, and as a whole, Rain on Your Parade is a well-oiled machine when it comes to the gameplay, level design, and controls. The only negative we have is that you can’t adjust the camera angle, which would’ve been handy during certain levels.

Cute, but a bit rough around the edges

Visual design is lacking when compared to the brilliant gameplay but that’s okay. Yes, Rain on Your Parade won’t knock your socks off and the game does look rough around the edges. Simplistic models, maps with clear cutoffs that don’t include eye-candy backgrounds, and a lot of bloom aren’t amazing but aren’t terrible either. Visuals are serviceable and that’s good enough.

That said, you can snap gorgeous screenshots thanks to the built-in photo mode. As you can see in this review (most screenshots are taken with the photo mode), the game can look gorgeous from a right angle. Add hilarious levels, a huge number of customization items and features (that, among others, include drawing your own, fully customizable cloud face), and pure chaos you can cause in a jiffy, and the resulting product is near-infinite potential for snapping wacky screenshots.

The audio section is, like visuals, nothing to write home about. There’s an assortment of lighthearted themes that play while pulling mischiefs and laughing from ear to ear in Rain on You Parade. They won’t become boring but either won’t blow your mind. There’s a couple of lines of spoken text in the game, but other than that there’s zero voiceover.

The only clear standout is the screams of frustrated people while you’re ruining their day. They sound exactly like Bokoblins from Breath of the Wild. Finally, the writing can be brilliant at times, especially when playing boss levels against your arch-enemy, Doctor Dryspell. He’s priceless.

Short but sweet, and that’s great

Rain on Your Parade is a short game. Its 50 levels can be finished in about five hours, more if you forget about time playing some levels (like the brilliant human bowling one) or trying to create the ultimate piece of art on the painting level. The game’s levels made of engaging gameplay, silly story, and brilliant humor are best enjoyed in shorter bursts. Some things just work better in smaller packets. Sure, we would love to see a couple of longer levels, but that might mess up the game’s perfect pacing.

So yeah, while this game is on a shorter side and while it doesn’t have almost any replay value, we can wholeheartedly recommend it. Rain on Your Parade is a brilliant little game that nails the fundamentals. And that’s great gameplay, tight controls, varied puzzles, and quality writing with a healthy dose of humor. To wrap it all up is a zero-bug experience, Finally, the game should work great even on a potato.