RAM vs CPU: How they affect performance

The one thing people often don't pay too much attention to when building a PC is the RAM. 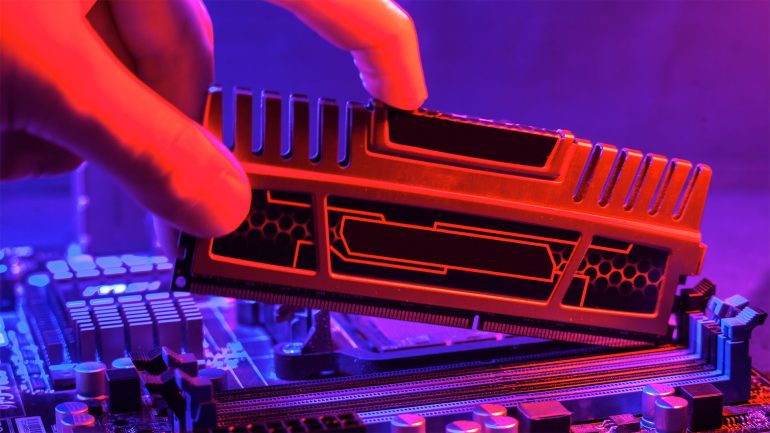 Memory, or RAM, is one of the slightest thought of computer components. Most of us pick the right amount of memory and don’t care too much about its frequency and other specs. If it’s fast enough (let’s say 3000MHz or higher), then it’s good enough.

But RAM is so much more than the size of a stick. Faster memory can have noticeable effects on gaming and productivity performance. Also, not all RAM modules are the same. They can have the same frequency. But, their latencies and overclocking potential can place two RAM sticks into entirely different market segments. While the most important thing about memory is its amount, followed by frequency and latencies, even latencies can have noticeable effects on performance.

Today, we will talk about the basics of RAM, about terms such as frequency and timings, and check out how much faster memory affects the performance of Intel and AMD processors. We will also talk about the sweet spot for the amount of memory needed for comfortable gaming and work-related use cases. Finally, we will explore how big of a bump to your CPU performance you can get from running memory in dual channel mode instead of in a single channel.

First of all, let’s talk about memory frequency and latencies. The base frequency of every DDR memory module is half its data rate. Since DDR means double data rate, all those numbers you see on RAM modules are their data rates and not frequencies. For instance, DDR4 3600MHz works at 1800MHz. But it behaves like its working frequency is 3600MHz because other components can access its data two times per cycle.

Every RAM module works that way. So when you see a DDR4 4000MHz RAM module, its actual working frequency is 2000MHz. There’s nothing terrible about labeling memory speed in megahertz. It’s because every RAM module in practice works two times faster than its actual working frequency. While the memory frequency represents the number of times components can access memory in a unit of time (one second), latency is a measure of time needed for a memory operation to commence.

There are primary, secondary, and tertiary timings. And while secondary and tertiary timings can affect performance, primary timings have the biggest effect on performance. Primary timings labels are: CAS Latency (tCL), RAS to CAS Delay (tRCD), Row Precharge Time (tRP), and Row Active Time (tRAS). The most important of the bunch is CAS latency. It is a measure of time needed for the memory to respond to an access request. We can calculate CAS latency by dividing frequency into two (advertised frequency). Then, we divide the number 1 with the result and finally multiply the result with CL timings.

Now that we’ve explained memory frequency and CAS latency let’s talk about how much faster memory affects the performance of Intel and AMD processors.

When it comes to performance, AMD Ryzen processors can gain lots with faster memory. It’s because AMD CPUs use a technology called the Infinity Fabric (IF). Infinity Fabric governs the communication between the processor and other components. Until the Ryzen 3000 series CPUs, IF and memory frequencies were tied together. On Ryzen 1st and 2nd gen CPUs, lower memory used also meant slower Infinity Fabric frequency. This led to much slower performance when using slower memory. It also led to many RAM modules not working with Ryzen CPUs.

But with the launch of AMD 3000 CPUs, AMD allowed the Infinity Fabric frequency not to follow memory frequency at the 1:1 ratio. You can decouple the two frequencies now. And, while this works, it introduces additional latencies since the two frequencies aren’t in perfect sync. Of course, you can keep the Infinity Fabric frequency at the auto setting. This means its frequency will change depending on the frequency of the memory used to keep the 1:1 ratio, which introduces zero extra latency.

Now you can use any memory you want (as long as it’s DDR4), even memory faster than 3,200MHz, the fastest memory officially supported by AMD CPUs. The quickest memory that can keep the 1:1 ratio between frequencies is DDR4 3,600MHz. With Infinity Fabric overclock to 1,900Mhz, the fastest memory to hold the 1:1 ratio becomes DDR4 3,800Mhz. Results show that even slower, 2,133MHz memory can have outstanding performance. But only if you overclock the Infinity Fabric and manually lower the primary timings to remedy the extra latency introduced by not running IF at a 1:1 ratio with memory frequency.

The important thing is that you should tighten primary timings as much as possible no matter which memory you have. It’s because lower timings improve performance no matter the memory frequency. The best bang for the buck is using 3,200MHz memory (with CL14 timings, which you can tweak further if you want) since it has the best ratio between the price and performance gains. And you can keep the memory and Infinity Fabric frequency ratio to 1:1 (1,600MHz for both memory and IF).

If you have the cash, getting a DDR4 3600MHz memory with low timings is the overall best way to improve performance, but not the cheapest. And if you don’t have the cash for anything more expensive than DDR4 2,133MHz, well, get a kit with low timings. Then, try to lower them further and overclock the Infinity Fabric to 1,900MHz for best results. And the best results can go up to ten percent in games, even more. It all depends on your GPU and the specific game in question.

To wrap the AMD CPU part up, you can achieve the best results by using the DDR4 3,600MHz memory with lower timings. You can also overclock the IF (which has issues with overclocking on all models except the Ryzen 9 3900X) and use DDR4 3,800MHz memory. Users rocking mainstream CPUs (such as the R5 3600) should get DDR4 3,200MHz. The thing is, while DDR4 2,133MHz with low timings can have great results, it asks for overclocked Infinity Fabric. And since only more expensive CPUs can overclock the IF to 1,900MHz without issues, using DDR4 2,133 on those CPUs doesn’t make any sense.

In other words, it’s better to invest in a better processor or a better graphics card than to spend that money on a more expensive memory. When it comes to a flagship CPU such as the 10900K, it is probably better to invest in a powerful AIO cooling system that will enable higher overclock than on memory faster than DDR4 3200Mhz. If you aren’t on a limited budget, sure, getting faster memory combined with a high overclock and a powerful graphics card will give the best results. But if you don’t have enough money for everything, skip faster memory and invest in cooling and the GPU.

But if you own a non-K Intel CPU, there’s a catch. You can use memory faster than 2933 only if you couple a non-K 10th gen CPU with a Z490 motherboard. B460 and other 400-series chipsets are limited to DDR4 2666 for non-K i5 and i3 CPUs and 2933MHz when running non-K i7 and i9 CPUs. If you want to use faster memory with non-K CPUs, you’ll have to buy a Z490 motherboard. But that doesn’t make sense since Z490 boards are much more expensive than other chipsets. You won’t get a noticeable performance bump unless you opt for an ultra-expensive memory. And by then, it’s just better to spend your money on a faster CPU.

Finally, let’s talk about XMP and running memory in dual channel mode. The XMP (extreme memory profile) is a tech that enables automatic memory to overclock. It was initially developed for Intel CPUs, but it can work on AMD motherboards. It usually has a different name on AM4 chipsets, but it does the same thing. And users have to turn on the XMP memory profile for every memory that runs faster than the base DDR4 memory clock of 2,133MHz. If XMP (or AMD equivalent) isn’t on each memory you put in, your DIMM slot will run at the stock clock of 2,133MHz.

VRAM vs RAM: What’s the difference?

So, after you install the memory, run the PC, open the BIOS, and then turn on the XMP memory profile. Or leave it on if it is on by default. Just don’t forget to check whether it’s turned on or not because you can lose a noticeable chunk of performance by failing to turn the XMP profile.

Those memory sticks you see that run at higher frequencies are factory overclocked and guaranteed by the manufacturer to run at labeled frequency and timings. So, for instance, if you have a DDR4 memory stick that runs at 3,600MHz with CL17 timings, it will run at 2,133MHz if you don’t enable the XMP profile. 2,133MHz is the base DDR4 frequency, and all RAM sticks run at that frequency if XMP isn’t active. But that doesn’t mean you can’t further overclock it. As we’ve already noted, manufacturers have tested the speed of 3,600MHz and CL17 timings, and with those settings, the memory stick runs stable. But you can try to overclock it further if you want.

Every mainstream motherboard supports memory running in dual channel mode. Most memory sells in two or four stick kits and allows the memory to run in dual channel mode since both memory sticks have to have the same frequency and timings for that to happen. But dual-channel sometimes cannot work unless the two RAM sticks are entirely the same, including the same production series. This is why you should always buy memory kits instead of getting single sticks.

And dual-channel memory can have an immense effect on performance. Tests show up to twenty percent of performance bump in productivity tasks. And in games, the performance bump can be much higher. In dual-channel mode, memory uses two 64-bit data channels to communicate with the memory controller and other components instead of one 64-bit channel. An effective 128-bit channel is created, practically doubling the maximum memory bandwidth. And doubling the memory bandwidth allows CPU, GPU, and other components to utilize the memory much more efficiently, like it’s twice as fast as it is.

How much memory you need for gaming and other uses?

The last bit of this guide will talk about how much memory you need for comfortable gaming and other use cases. For gaming, 16GB of RAM is the sweet spot for most users. Now, some games can gain from more memory, such as the upcoming Microsoft Flight Simulator, but if you have a mid-range gaming build, 16GB should be enough.

If you own a high-end CPU and GPU and game at 1440p or 4K, 32GB of RAM makes sense. We recommend spending a fraction of what you’ve spent on other components to double the amount of memory. In the future, 32GB will probably become standard in gaming once next-gen consoles come out. So, if you’re planning on building a new rig, we recommend going for 32 gigs of RAM instead of 16.

For work-related applications such as video editing, rendering, photo editing, etc., 32 gigs of RAM is the minimum for stable performance. If you have the money getting 64GB of RAM can significantly increase performance in specific applications. And if you have a workstation based on a mainstream processor (Ryzen 9 3900X or 3950X), even 128GB of RAM isn’t too much.

So, to summarize. The most important thing about performance is the amount of memory; frequencies come next, followed by latencies. Memory frequency can significantly affect AMD processors. It can affect the performance of Intel CPUs, but not as much as their AMD counterparts.

Finally, you want to use memory working in dual-channel mode. Also, while 16 gigs of RAM is enough for most users, if you own a high-end CPU coupled with a high-end GPU, get 32GB of RAM. You’ll notice the difference in specific titles, both current and upcoming.