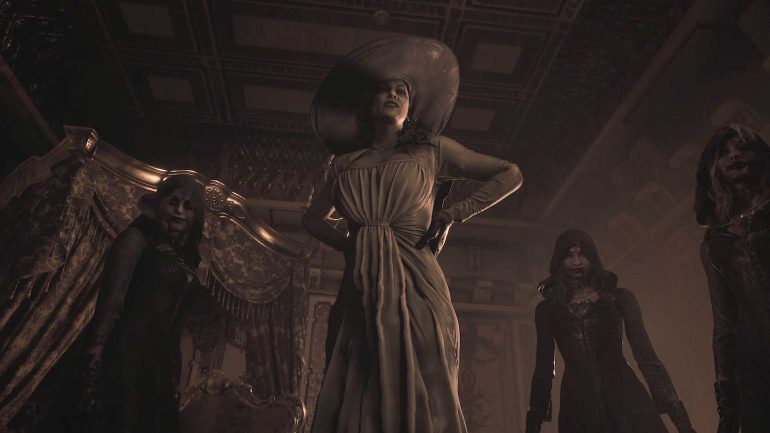 Resident Evil: Village is just around the corner, with the game’s release being less than a month away. The newest rumor\leak regarding the game hints at an extra mode for the game that includes increased difficulty along with a couple of more cool features. The leak comes from Aesthetic Gamer aka Dusk Golem Twitter account.

According to Dusk Golem, the extra mode was imagined as a new version of the (in)famous “Ethan Must Die” minigame from Resident Evil 7. It also looks like the mode carries some resemblance to the Madhouse difficulty mode found in the same game. In other words, aside from much tougher enemies, you should also expect “randomized enemy & item placement” as well as a more open enemy and item placement. Maybe a New Game+ with added difficulty and randomized enemies?

I’m curious if they’re going to talk about this before release, and *UNLOCKABLE SPOILERS* for anyone avoiding all spoilers, but no story spoilers here, just an extra mode, BUT an expansive difficulty mode in the game. I don’t know the full details/final result of the mode, I feel they may talk about it before release, but I’m aware it makes the game more open, randomizes enemy & item placement, & scaled to be extremely difficult.

In other words, it looks like, while playing this mode, you won’t have a single safe place to hide. That said, there were safe rooms in Resident Evil 7 so we expect the game will give you a moment of respite, if you manage to reach the next safe room. Now, Dust Golem doesn’t mention whether this optional difficulty mode will come with limited cassette tapes. We would expect this feature to be a part of the rumored difficulty mode; what’s better than to survive an impossibly difficult encounter only to find yourself out of cassette tapes (or maybe ink ribbons?), when reaching the safe room, right? Good times…