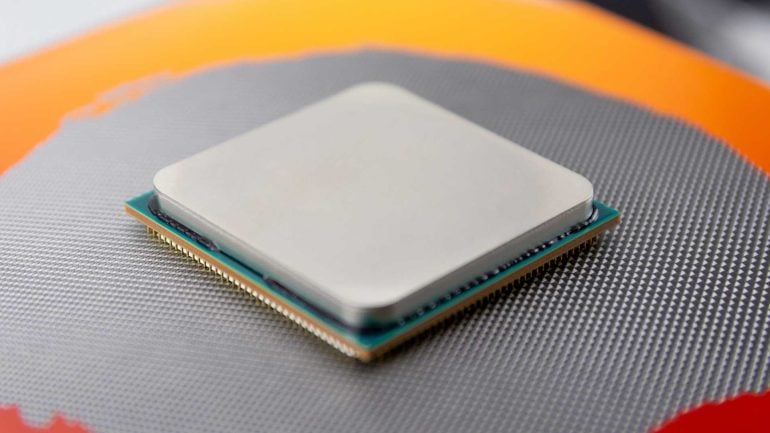 AMD launched its Ryzen 3000 series CPUs a year ago and since then, Ryzen 3000 CPUs were the best choice for content creators and professionals because of their notable advantage over Intel CPUs in productivity applications. Ryzen 3000 CPUs were also pretty good choices for gaming but there, Intel still ruled the market thanks to higher clocks and visible but not drastic performance advantage.

Fast-forward one year and Ryzen 3000 processors are still the best productivity CPUs around. Intel’s 10th gen CPUs that came with hyperthreading across the board, didn’t rock AMD’s throne. They are great for gaming, feature loosened power limits allowing them even faster boost clocks. But when it comes to productivity apps Ryzen CPUs are still a far better choice.

But the lack of new products for more than a year could hurt any company, especially AMD. The company was firing from all cylinders since 2017 and this year-long drought of new CPUs made AMD release the XT series of processors. They are virtually the same as Ryzen 3000 CPUs from 2019, with a slight boost clock increase and some manufacturing process improvements. Aside from Ryzen XT CPUs, AMD also released the B550 chipset.

The Ryzen 3000 XT series features three members: the Ryzen 5 3600XT, the Ryzen 7 3800XT, and the Ryzen 9 3900XT. Today we will deal with the one in the middle and compare it to its closest Ryzen Rivals: the Ryzen 7 3700X and 3800X. But before we do that, let’s share some specs and details about the manufacturing refinements used in the XT CPUs.

AMD states that these CPUs use a “refined” 7nm manufacturing process. This isn’t the same process AMD will use for Ryzen 4000 CPUs but it includes certain power refinements that allow for slightly faster clocks.

It’s also worth noting that the 3800XT and 3900XT come without box coolers. These humble, to say the least, clock increase means we shouldn’t expect any noticeable performance boosts compared to regular X CPUs, right? Let’s check it out.

Before we talk about performance let’s list some specs:

Compared to the 3700X the 3800XT offers the same performance boost as the 3800X. That means about 5-7 percent in productivity tasks and close to zero in games. The sustained boost clock is about 60MHz higher compared to the 3800X, which translates into about a 2 percent clock increase. When it comes to overclocking, the 3800XT manages to reach about 4.5GHz, which is 200MHz higher than what the 3800X is capable of.

Overall, the performance gains the 3800XT brings to the table are negligible. It manages to achieve higher sustained boost clocks but only in a technical sense. 60MHz higher boost isn’t something that will bring real-world performance difference. And when it comes to gaming yeah, there’s almost zero difference between the 3700X, 3800X, and 3800XT.

These numbers are not something to be proud of. Despite AMD claiming that these XT CPUs received some power refinements, they need more power during heavy loads. Also, they run hotter which means you’ll need a seriously good air cooler or a decent AIO cooler to allow them to achieve those higher boost clocks.

Since it offers almost zero real-world performance boost, is the 3800XT worth buying? The short answer is no, it isn’t. On top of offering next to the nothing performance increase, the issue with the 3800XT is that it’s launching at the 3800X’s original price. That would be cool if both the 3700X and the 3800X haven’t received two price reductions since they came out.

How to reduce CPU temperature in your laptop in 2023

So now you have the 3800XT, which costs 20 percent higher than the 3800X and almost 30 percent higher than the 3700X while not offering a box cooler. That’s a huge price premium for a CPU that doesn’t bring anything important to the table and that arrives just a few months before the Ryzen 4000 series. Even if AMD offered Assassin’s Creed Valhalla for free only with XT CPUs and not with all Ryzen 3000 CPUs except the 3600, the 3800XT still wouldn’t be worth buying.

But which of the three is worth buying? Well, the answer is simple. If you want the best bang for the buck to get the 3700X. This is still an amazing CPU for the price. For less than $300 you get a fantastic CPU for any productivity workload. It can achieve almost the same performance as the 3800X and 3800XT. It also comes with a TDP of only 65W and can work great with the included box cooler.

And as for the 3800XT, don’t buy it. It’s expensive and it doesn’t include a box cooler. Sure, most users getting a CPU this expensive and this power would probably equip it with an aftermarket cooler from the get-go, but still. Close to zero performance increase over the 3800X while selling for a 20 percent higher price means that the 3800XT is a bad buy at the moment.

Finally, there’s the question of whether you should buy any Ryzen 3000 CPU at the moment. If you desperately need a new CPU or a new rig, sure, get a Ryzen 3000. But if you have a decent CPU and can hold on for the upgrade until the fall, 2020, just wait. Ryzen 4000 CPUs should bring further ICP improvements. They should also utilize an upgraded manufacturing process.

This means higher base and boost clocks as well as improved power optimizations. All these improvements, when combined, should allow Ryzen 4000 CPUs to be even better at productivity loads. Also, the Ryzen 4000 CPUs should come close to Intel CPUs in games as never before. If you asked us, we would wait for the Ryzen 4000 CPUs. So, unless you desperately need a new CPU, keep the current one for a few months longer. It’s most likely be worth it.