Twitch Bits guide: Everything you need to know in 2023 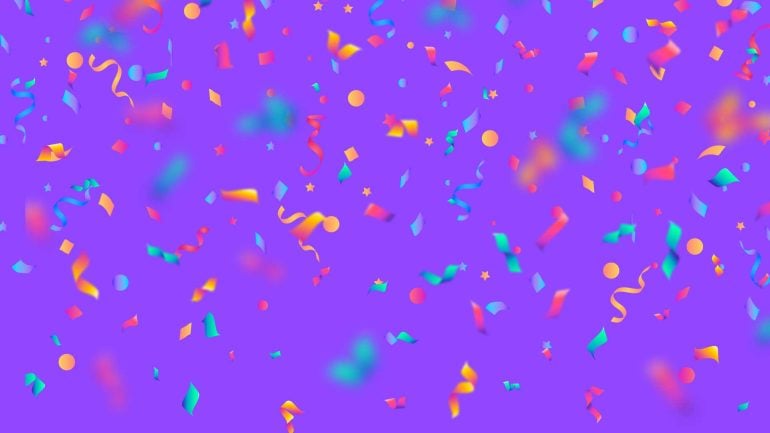 Twitch Bits is a currency on Twitch used for helping live streamers through donations. Twitch Bits is usually converted and calculated is one cent per bit. Once a viewer donates their Twitch Bits, usually, a unique animation is played, accompanied by a text-to-voice of your donation comment. Donating Twitch Bits can help a live streamer to continue with their stream or be used to fund their daily needs.

Most viewers would instead use Twitch Bits to help fund upcoming streamers than subscribing to them. Twitch Bits are a single donation that can be transferred anytime and with any amount, as for subscriptions, is a monthly donation to the streamer. However, half of the subscription revenue goes to Twitch.

Below you can see how Bits actually look in their varying amounts.

A streamer can receive Twitch Bits if they have already been accepted into Twitch’s affiliate program. To get into this program, a couple of requirements must be fulfilled before a streamer can utilize their Twitch Bits.

Here are the following criteria:

When a live streamer meets these qualifications, Twitch will invite you to join their Affiliate program as an affiliate. These affiliates can generate revenue through different methods: Twitch Bits, advertisements, and subscriptions. As of 2019, streamers that have reached the affiliate status share their ad revenue with Twitch. Advertisements may appear a few times on an affiliate’s stream.

How to give Bits on Twitch​

Viewers may trade in their cash for Twitch Bits. To purchase Twitch Bits, a viewer must make an account on Twitch then use their Amazon Payments or PayPal account. Twitch Bits’ prices are usually converted by one cent per bit, but that is not always the case. The more you purchase, the cheaper the Twitch Bits.

Once you have clicked your preferred amount of Twitch Bits, a box pops up and asks which method you would like to purchase your bits. There are two ways; Amazon Payments or PayPal.

Using this method to obtain Twitch Bits is a direct interaction between the user and Twitch. However, there are other ways to achieve Twitch Bits for free on PC and mobile.

Twitch Bits to USD​: How much are they worth?

Below is a list of prices for each tier of Twitch Bits, how much they cost in USD, what the discount is as you get a bigger bundle, and how much streamers actually get from Bits. Please note that you can only have 250,000 Bits at any given time.

How to get free Bits on Twitch

Watch ads on PC and mobile

Another method of getting Twitch Bits is by watching ads on Twitch. This can be achieved by:

According to many sources, it is best to access Twitch at Midnight PST to watch ads for Bits. At midnight, Twitch’s ads will reset, which means there is a higher chance of obtaining 50 or 100 Bits per ad.

Twitch is always expanding, making it essential to build up their community and keep its users’ trust. So Twitch launched its Twitch Research Power Group (TwitchRPG) to express their feelings towards the platform through detailed feedback.

TwitchRPG is aimed at viewers on how they can perfect Twitch to be the best live streaming platform. As users express their feelings through feedback from surveys, Twitch is willing to give in return Twitch Bits, sweepstakes, voting on new emotes for Twitch, and et cetera.

Although it might seem that TwitchRPG was made for technical feedback, that is not the point. There is still Twitch Support for that. TwitchRPG was created to help Twitch innovate new ideas onto their platform. It is also another way for users to communicate with Twitch admins to better the Twitch experience.

TwitchRPG is another method for receiving Twitch Bits. A user must fill out a survey then they can make around 500 Twitch Bits each survey. To get into their TwitchRPG program, all you need to do is sign up for TwitchRPG with a verified email. Once that is completed, you will receive an email whenever a sponsored survey is incoming.

How can I withdraw money from Twitch Bits?

Twitch Bits can only be withdrawn by users that are in Twitch’s Affiliate program. And even then, you must at least have an estimated 10,000 Twitch Bits (the equivalent of $100) to be able to withdraw. Due to problems in the past from server overloads causing crashes to their system, it takes around 15 days before the Twitch Bits are converted into your currency. However, users who plan to make money through Twitch Bits outside of the Twitch Affiliate program are not possible.

What should I do with my Twitch Bits?

Twitch Bits is a great way to show affection towards your favorite streamer. It shows that you support them and would like to keep their channel alive. It would be best to donate your Twitch Bits to streamers that you think are perfect for your entertainment. Every Twitch Bit counts to a streamer, as it can uplift their day and continue creating new and innovative content for their viewers.

Donating your extra Twitch Bits to new streamers can help them build up their confidence to allow them to show off their skills. Donations to streamers can let your voice be heard from the other thousands of viewers by digitally interacting with a streamer. Once you donate your Twitch Bits, you can send a special comment, GIFs, emojis, and cheermotes online to the streamer’s screen.

So that other viewers can see your support, there are 19 Twitch Bit badges that you can get beginning with a 1 Bit badge and ending with a 1,000,000 Bit badge. Depending on the channel they can be the default ones Twitch provides or custom if the streamer has set them up. Once you get one they will last forever and won’t expire, but they will only show on the channel that you chose to support. By the way if you want to get the the 1,000,000 Bit Badge then the cheapest way to do it would be spending $12,320 on the 25,000 Bit deal 40 times!