VRAM vs RAM: What’s the difference?

Learn about two types of RAM and understand how they work together to deliver a smooth gaming experience. 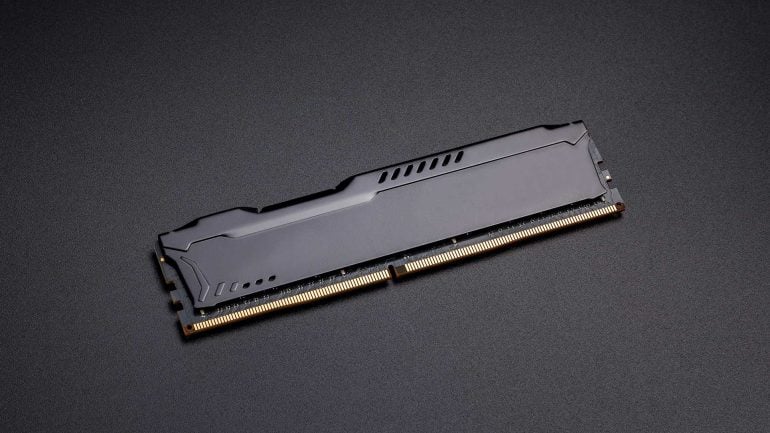 First of all, RAM is used for storing temporary system files. OS files and processes, programs, or games, so that the CPU can access them immediately instead of having to dig through the storage drives, which are much slower than random access memory. For instance, once you launch your web browser, all webpages and their content, along with the data the browser needs to run, are stored in RAM. This way, you can access each webpage immediately, with all of its content already loaded and waiting for you.

On the other side, we have vRAM. This memory is found on the graphics card PCB and is used “to store image data that the computer displays.” Video memory stores data such as textures and lighting effects when playing games, or video data when editing videos. More video memory usually means the ability to work on higher definition videos or play games with ultra texture settings.

Further, the Ti version of the card also has a wider memory bus (256 bit compared to 192 bit found on the RTX 3060), resulting in higher bandwidth (448 GBps on the RTX 3060 Ti vs 360 GBps on the 3060). Higher bandwidth equals higher data rate. This results in better performance even though the RTX 3060 Ti has less video memory. And unless your specific needs demand more than eight gigabytes of VRAM (for instance, for editing 8K videos), you’ll get better performance from an RTX 3060 Ti, but also from an RTX 3070 or 3080, both of which having less video memory but much more powerful graphics chips. Also, eight gigabytes of memory is the current sweet spot for Ethereum mining.

Video memory is dual-ported – On the other hand, RAM sticks used in PCs are single-ported. This means that video RAM supports simultaneous read and write operations. For instance, the GPU may load new textures into the memory buffer while at the same time, the display reads the current data used for displaying the image on the monitor.

VRAM is much faster than RAM – Next, video memory is much faster than regular random access memory. While most RAM sticks these days use DDR4 (double data rate) technology with the effective speed of 2133MHz and sweet spot frequency of around 3000-3600MHz, GDDR6 (graphics double data rate, even though in reality GDDR6 uses quad data rate bus) works at around 14-16Gbps or, in other words, 14,000MHz to 16,000MHz effective clock. As you can see, the GDDR6 memory used on most modern graphics cards is much faster than the DDR4 memory found on most modern PCs. The actual frequency of RAM and video RAM is lower but these memory chips can perform multiple data operations during one clock cycle. GDDR6X, found on the RTX 3080 and 3090, is even faster, topping out at 20Gbps.

RAM is replaceable and upgradable, in most cases – Video RAM, on the other hand, isn’t. Unless you own a laptop with soldered RAM, you can replace RAM sticks for faster ones, or sticks with more memory. Desktop PCs use DIMM memory slots while laptops use SO-DIMM memory slots. Video memory cannot be replaced on a discrete GPU. It’s soldered to the PCB. If you have an integrated GPU, it uses part of RAM as its video memory since integrated GPUs don’t have dedicated VRAM. This means integrated GPUs have much slower memory, but it also means you can increase the amount of memory allocated to the iGPU. Just remember that this will decrease the amount of RAM the PC can use since a larger portion of it will be allocated to the iGPU.

To summarize. While RAM is used for storing temporary system files, VRAM stores image data. VRAM is irreplaceable on PCs with discrete GPUs while in most cases, RAM can be replaced or upgraded. Video memory is much faster than system memory, but most users have more system memory than VRAM.