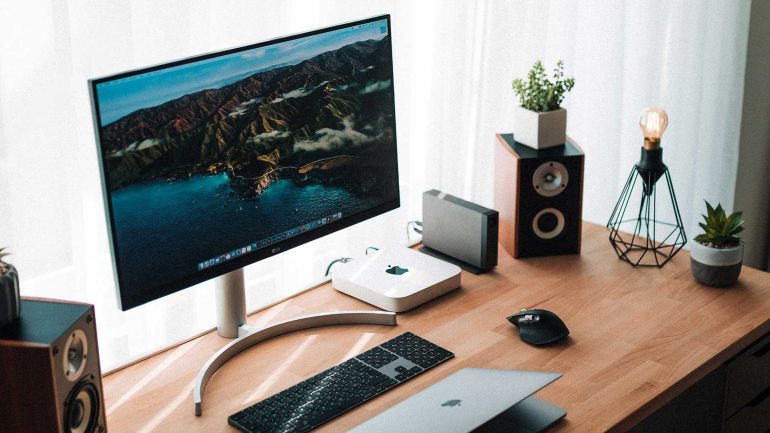 If we had to create a definition of a monitor, it would go something like this: a monitor is a standalone device that features a screen used to display video signals coming from a computer. As you can see, a monitor isn’t a TV because it’s used for displaying video signals from computers (from GPUs, to be exact), including laptops and other mobile devices that feature video outputs. But what makes monitors a class of their own? In other words, what are the differences between a monitor and a TV, and what makes a monitor, well, a monitor?

Monitors don’t feature various image processing methods used for image upsampling, fluidity of the motion in movies and TV shows, boosted contrast and colors, and other stuff found on television sets. A monitor will show a video signal without any distortion, aside from the changes to the color and contrast due to the image settings of the said monitor. For instance, monitors display 24fps movies and TV shows in their original frame rate.

On a TV, the video signal goes through multiple image processing steps. Then, the signal is displayed with some changes to the original frame rate and fluidity. Even when you turn on fluid motion settings on your TV, chances are the TV will still process the image a bit before it sends it to the display. Due to the various processing and upsampling techniques applied on TVs, even those with wide color gamut coverage aren’t suited for photo and video editing.

The most significant technical difference between TVs and monitors is that every TV comes with an internal TV tuner. On the other side, you won’t find a monitor packing a TV tuner. That said, you can watch TV channels on a monitor. All you need is an external USB TV tuner.

Next, every TV comes with the RF antenna input, something you need to watch regular (over-the-air) TV channels. Even this year’s latest and greatest LG C1 OLED features this, quite old, connection standard.

Further, television sets have a unique HDMI port, called HDMI ARC (audio return channel). Monitors, on the other hand, don’t feature HDMI ARC. HDMI ARC is usually used to allow one audio device (a soundbar, for instance) to play sounds from multiple input devices (gaming consoles, PCs, Blu Ray players, etc.) hooked via HDMI to the TV without hooking up the extra cables. Having the HDMI ARC on monitors is more or less useless for a vast majority of PC users since we have audio systems hooked to the motherboard’s audio outputs. Still, having a monitor with HDMI ARC connectors would be excellent for people that use multiple PCs on the same monitor. It would allow them to hook up a single soundbar to the monitor and then play sounds from both PCs as needed.

Most monitors don’t come with remotes

The next difference is that every TV comes with a remote, while only a handful of monitors come with one. And even when they do, the remote can only change the picture and other settings and maybe control the built-in speakers.

Most monitors don’t have built-in speakers

There are other differences between TVs and monitors, but these aren’t as noticeable as they were before. For instance, you have high refresh rate televisions these days, but their maximum refresh rate is 120Hz. On the other side, we have gaming monitors that feature refresh rates up to 360Hz. Back in the day, TVs were limited to a 60Hz refresh rate, which was pretty much it for decades. Some models claimed they have a 120Hz or even 240Hz refresh rate. But these weren’t native refresh rates; they were interlaced.

Tied to the refresh rates is the variable refresh rate support. The feature has debuted on selected monitors after Nvidia announced its G-Sync VRR technology back in 2013. Sometime later, we received FreeSync technology. FreeSync became much more popular than G-Sync due to its open-source nature. These days, most monitors have some form of VRR support, whether that’s FreeSync, G-Sync compatible, or G-Sync premium. On the flip side, VRR support on TVs is still scarce, with only high-end models supporting it. This will probably change in the coming years due to both current-gen consoles having VRR support.

When it comes to the picture quality and colors, back in the day, TVs didn’t support a wide color gamut, and their colors were way less accurate than even on low-end monitors. With the rise of HDR, we started getting more and more TVs with a wide color gamut. Nowadays, it’s normal for every TV with decent HDR support to show more than 16M colors. High-end monitors used by professionals had wide gamut support for decades. These days you can use most mid-range monitors for photo and video editing since they have WCG support and excellent color accuracy. Color accuracy on an average monitor is still better than on an average TV.

Further, HDR implementation on TVs is usually of higher quality. This is due to the smaller screen size on monitors that don’t allow manufacturers to implement as many FALD (Full-Array Local Dimming) zones as TVs. This should change with the arrival of mini-LED and micro-LED backlighting technologies. That said, you’ll have to wait a bit before we receive sub $1000 mini-LED monitors.

Last but not least, these days, both monitors and TVs usually come with either IPS or VA panels. And while most high-end television sets come with OLED Panels, this isn’t the case with monitors. Only a handful of models have an OLED screen. These are very expensive and don’t have gaming features, such as a high refresh rate or VRR support.

Monitors are, on average, smaller than TVs

When it comes to the physical differences, the average size of the display is the biggest one. A large majority of monitors is in the 21-32” range, while an average TV most likely has a screen larger than 40”. Next, while you have huge gaming monitors, called BFGD (big format gaming displays), and monitors such as the Aorus FV43U, they are still a niche market. We can say the same about ultrawide (less than 2.5 percent of Steam users has one) and super ultrawide monitors that are on the larger side (34-49”).

Curved gaming monitors are getting more and more popular, especially curved ultrawide models. On the other side, manufacturers pushed curved TVs for a couple of years, but the curved TV market is practically dead.

Last but not least, let’s list a couple of more minor differences. TVs can have card readers. They usually support USB OTG functions. Next, smart TVs come with proper operating systems and support app installation. Monitors, on the other hand, don’t have any of those. And finally, monitors don’t have Wi-Fi while most smart TVs support wireless, sometimes even wired internet connection.