What is shared GPU memory? 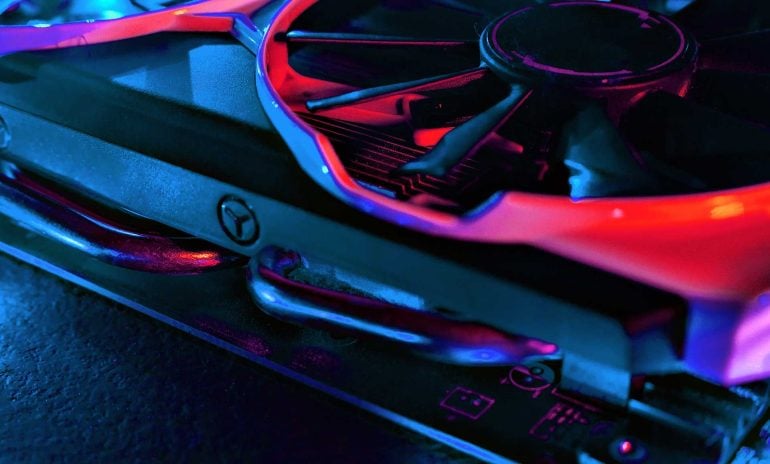 What exactly is shared GPU memory?

This is a sort of virtual memory that’s used when your GPU runs out of its dedicated video memory. It’s usually half of the amount of RAM you have. Operating systems use RAM as a source of shared GPU memory because it’s much faster than any HDD or SSD, even the PCIe 4.0 models. Still, RAM is way slower than VRAM found on modern graphics cards. Even the fastest DDR4 memory used today is lightyears behind GDDR6, HDDR6X, or HBM memory used in current graphics cards.

And remember, RAM used for shared GPU memory isn’t reserved exclusively for this. The OS will use it freely so you shouldn’t worry about it technically being half of your RAM.

This way, the system prevents users from running out of RAM on PCs that have low amounts of RAM. Now, if you enter advanced display settings in Windows 10 you’ll see a certain amount of dedicated video memory. Just disregard that because integrated GPUs do not have their own dedicated video memory like discrete graphics cards do. iGPUs borrow their memory from RAM.

Should I decrease or increase shared GPU memory?

If you have a dedicated graphics card there’s no need to decrease or increase the amount of shared GPU memory. First of all, the amount of shared GPU memory you see is the max amount of RAM the system can allocate and if your VRAM buffer isn’t filled, the OS won’t use up even a single byte of your RAM. And even when it’s used, it doesn’t degrade performance since frames will drop as soon as you fill-up the VRAM buffer on your graphics card anyway.

If you have an integrated GPU the situation’s pretty much the same. You shouldn’t change the amount of shared GPU memory. Now, some people advise iGPU owners to increase the amount of “dedicated” or reserved iGPU memory and to do that via registry tweaks and BIOS settings. Remember, changing this won’t give you an increase in performance. If anything, you could result in performance decrease.

The reason for this is because current operating systems are great at managing available memory. So, when your iGPU is idle, it won’t use any RAM or will use a minimum amount of it set by default. But if you increase, for instance, UMA frame buffer size to 2GB, your iGPU will use two gigabytes of RAM even when doing nothing.

If you have, for instance, 8 gigs of RAM, increasing the iGPU reserved memory to 2GB will cut your usable RAM to just six gigabytes. In other words, you will have 2GB less RAM in your system because you’ve basically given that RAM to your integrated GPU.

Now, some games and apps might give you warnings about low memory size when using them with an iGPU but just disregard those. Your iGPU will use RAM as its video memory either way so it’s better to keep that RAM free in case you need it. In some cases, if a game is poorly optimized for iGPUs, you might see weird glitches (missing textures, textures being extremely slow to load) you don’t see in other games. If this happens, increasing the amount of pre-allocated memory in BIOS might help. Just remember to tweak the settings to their default values later.

Further, if you stumble upon a game that just flat-out refuses to launch if you don’t have a certain amount of pre-allocated or “dedicated” iGPU memory, you might make it run by increasing your iGPU memory via the two aforementioned BIOS settings. Again, remember to change them back to their default values once you finish the game.