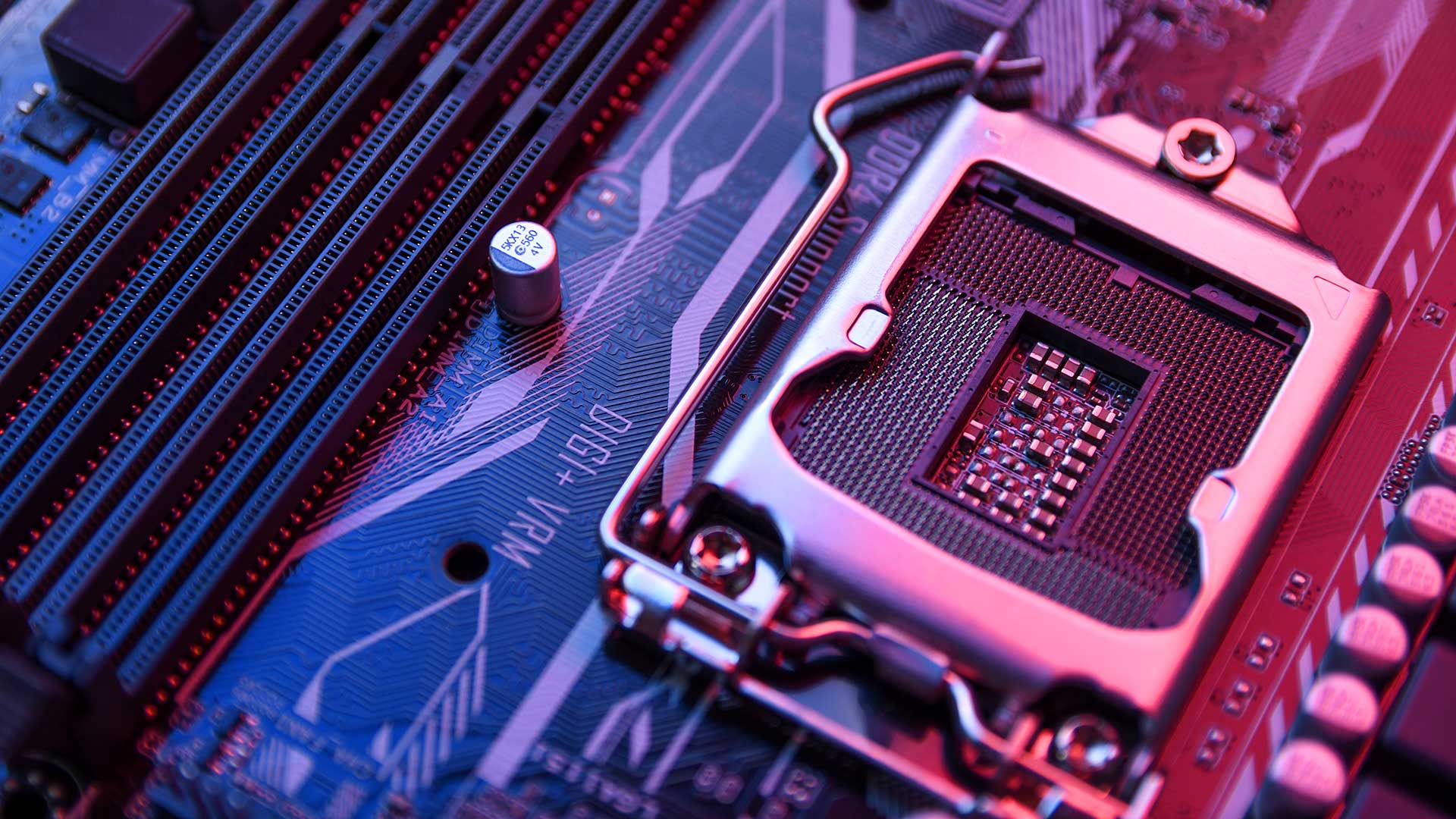 On October 8, 2018, Intel has revealed a series of new Z390 motherboards that will pair up with their new 9th generation Intel Core CPUs. The Z390 chipset builds upon the legacy of Z370, a high-end expensive chipset that failed to deliver when it comes to features and performance. The Z390 chipset may not be so revolutionary when compared to its predecessors but it’s a step forward. It implements numerous Intel technologies and supports the latest standards in speed, connectivity, and performance.

Z390 motherboards are a great choice if you’re looking forward to building your new rig and you’ll be able to find many suitable candidates depending on your requirements and your budget.

In October 2017, Intel has launched its 8th generation of processors under the code name “Coffee Lake”. This generation was led by the Z370 chipset but, after the full 300-series motherboards lineup was released, the Z370 chipset was quickly forgotten when the H370, B360, and H310 chipsets were released. They were cheaper yet they included certain features that Z370 did not possess. These features include 10 Gbps USB 3.1 Gen 2 support and extensive use of integrated Intel’s CNVi wireless-AC technology.

Still, there was a reason for Z370’s relatively high price. It supported CPU/DDR4 overclocking, supported up to 24 PCI-E 3.0 lanes, and offered a total of 14 USB ports. It’s surprising to see how both H370 and B350 have gotten 8 and 6 USB 3.1 Gen 2 ports respectively, yet the high-end Z370 chipset was stuck with the first generation.

Intel surprised everyone when they announced that both 8th-gen and 9th-gen CPUs will run on both Z370 and Z390, maintaining both backward and forward compatibility. The only thing Z370 chipset owners will have to do is install a BIOS update if they want to use a 9th-gen CPU with a Z370 motherboard. This may also mean that upgrading to Z390 might not be worthwhile if you own a Z370 motherboard, especially if you’re on a tight budget. However, if you’re about to create a rig from scratch, you’ll find (throughout this article) that Z390 is a much better investment.

Everything is oriented towards the best gaming experience possible. Intel Turbo Boost Technology 2.0 and Intel Hyper-Threading Technology will make sure to give you the ultimate gaming boost. The Z390 chipset offers support for Intel Optane memory. This feature can decrease the time required to open some of your favorite programs. Your ability to take advantage of Optane memory will, however, depend on the remainder of your software and hardware configuration.

Unlike Z370, Z390 supports the 1st generation of the integrated Intel Wireless-AC technology. The chipset integrates both an Intel wireless 802.11ac and a Bluetooth 5 module, enabling you to achieve Gigabit wireless connections. This will, of course, depend on the actual ability of your Internet connection to achieve such speeds. Z390 combined with Intel UHD Graphics and a 10-bit graphics output will make sure your monitor comes alive while gaming or watching videos. Z390 supports up to three independent graphics output ports (DisplayPort and/or HDMI). Also, Z390 comes with the innate USB 3.1 Gen 2 support for faster transfer speeds. RAID support and PCI Express 3.0 ports enable fast media creation and there is support for 6 SATA 6 Gb/s ports.

Unlocked CPUs you use can be overclocked and the chipset will allow it. This can enable users to draw each drop of performance from the CPU as long as they stay careful regarding its overheating. You’ll recognize unlocked Intel Core CPUs with the letter K available at the end of the name, just after the numbers, for example, i7-6700K.

Z390 is not that big of a jump from Z370, to be honest, but it’s your go-to choice if you intend to switch to the 9th-gen of Intel Core CPUs.

There are many different characteristics to take into consideration when buying a motherboard or any technological component for that matter. Some upgrades from generation to generation may appear significant when observed numerically but they just don’t make a significant impact on your motherboard’s performance. Also, other upgrades might seem trivial or slight but they improve your motherboard’s performance greatly and make your system more stable.

Here, we’re going to discuss and break down some of the following technologies and characteristics used to describe a motherboard, see what they mean, and check out just they affect a motherboard’s performance rating!

Double Data Rate 4 Synchronous Dynamic Random-Access Memory, officially known as DDR4 SDRAM, is the 4th generation of DDR memories launched in 2014. It offers higher speeds when compared to its predecessors and it’s pretty much a standard these days as DDR5 is only supposed to be released sometime during 2020.

It’s important to note that DDR4 memory is not in any way compatible with the earlier generations and trying to install different memory versions will result in massive hardware problems, and sometimes even fires.

DDR4 uses lower voltage levels and higher data transfer speeds, operating at a 1.2 V voltage level with frequencies between 800 and 1600 MHz as defined by its standard. Z390 motherboards offer DDR4 support so you won’t be able to use DDR2 or DDR3. However, you probably don’t even want to do that since DDR4 is today’s standard if you want to build a decent gaming rig.

M.2 is a form factor for solid-state drives (SSDs). It’s lightning-fast but also more expensive than standard 2.5-inch SSDs. They’re quite small in size with a width of 22 mm and length spanning from 30-110 mm. Their physical size also limits their storage size as they tend to go up to 2 TB in capacity.

M.2 SSDs can use both the SATA bus and the PCIe bus. The PCIe-based M.2 SSDs are generally faster when compared to the ones that use the SATA bus. There is also a third option: using the NVMe interface that was developed for rapid storage devices.

A motherboard needs to have M.2 slots to use for your PC. Z390 motherboards generally support 2280 and 22110 M.2 SSDs. ‘22’ stands for 22 mm length. ‘80’ and ‘110’ stand for 80 mm and 110 mm lengths respectively. Also, there are usually at least two M.2 slots on Z390 motherboards, meaning you can run them in RAID. RAID enables you to improve your drive speed and performance using redundancy.

The Z390 standard offers support for a maximum of 6 SATA III 6.0 Gbit/s ports. It should be more than enough to satisfy your storage needs.

PCIe stands for Peripheral Component Interconnect Express. It represents a super-fast serial bus standard. It connects your motherboard with some of the fastest peripheral components such as graphics cards, SDDs, and HDDs. PCIe 3.0 standard was published in November 2010. It boasts a transfer speed of about 1 GB/s in one direction of an x1 slot and a bitrate of up to 8 GT/s.

PCIe 4.0 also exists. It was announced in November 2011 but it’s still far from becoming the standard in motherboards. It supports a bitrate of up to 18 GT/s but many benchmarks have deduced that it doesn’t provide much of a performance boost except when transferring large amounts of data (copying and moving) on your drive. The successor chipset, the Z490, can support PCIe 4.0.

SLI (Scalable Link Interface) is NVIDIA’s multi GPU technology that allows users to use multiple GPUs to produce a single output, which increases processing power and performance. SLI is used alongside the Z390 chipset extensively but it’s not something that each Z390 motherboard supports. If the actual motherboard is developed for NVIDIA graphics cards, it’s up to the manufacturer to provide SLI support.

Having SLI and using multiple GPUs gives a significant performance boost in gaming.

What SLI is for NVIDIA, CrossFireX represents for AMD. It’s a multi GPU technology that allows up to four GPUs to be used within a single computer to improve graphics processing power. Much like SLI, different motherboard manufacturers decide whether to include this functionality along with the Z390 chipset but there are many motherboards you can choose from where CrossFireX is supported.

The Z390 chipset supports integrated Intel Wireless-AC. This feature means that many key elements related to Wi-Fi and Bluetooth connectivity are moved inside the Intel processors. This leads to better and faster performance.

The integrated capabilities of the Z390 include Intel wireless 802.11ac and Bluetooth 5. Combined with the Intel Wireless-AC 9560 adapter, you can enjoy up to Gigabit Wi-Fi speeds! These technologies help reduce the lag of wireless networks and lead to a PC future where Ethernet is no longer needed. This is a big advantage of Z390 motherboards over Z370 but other chipsets also utilized this technology before Z390.