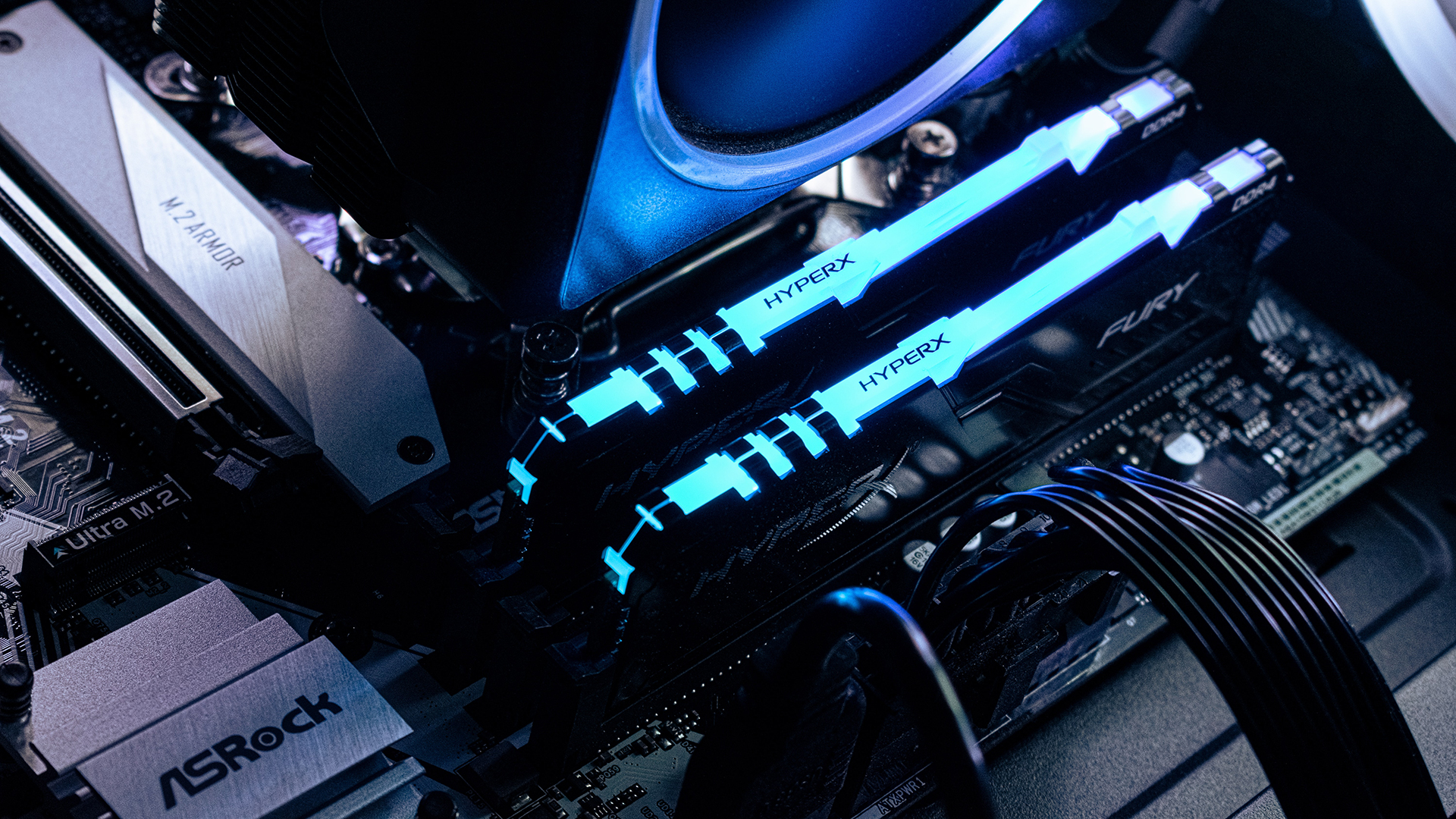 The Z690 is the flagship chipset for the Alder Lake CPU lineup. It comes with a new socket – LGA 1700 – and support for PCIe 5.0 and DDR5. The chipset itself doesn’t include PCIe 5.0 lanes. You can find those on Alder Lake CPUs. Another critical upgrade over older Intel chipsets is doubling the bandwidth of the DMI link running between the CPU and the Z690 chipset from PCIe 3.0 x8 to PCIe 4.0 x8, Wi-Fi 6E support, and native USB 3.2 Gen2x2 (20 Gbps) Type-C support. Before we continue, we’d like to remind you about the rest of our motherboard lists and buying guides.

Intel has unveiled the Z690 chipset on October 27th, 2021, launching it along with the Alder Lake CPU lineup. Below you’ll find the complete Z690 motherboard list. The list includes every DDR4 and DDR5 Z690 motherboard launched as of December 11th, 2021. Other LGA-1700 chipsets made for Alder Lake CPUs include H670, B660, and H610, which should land sometime in Q1 2022. Let’s start with the list, followed by a detailed Z690 overview and comparison with other Alder Lake chipsets.

Z690 is the flagship Alder Lake chipset. It comes with a new CPU socket, called the LGA 1700. The socket features a different shape and dimensions compared to previous Intel CPU sockets, such as the LGA 1200. It also features the largest number of pins found on a mainstream Intel CPU socket to date. Compared to the Comet Lake die, which measures 37.5mm x 37.5mm, Alder Lake die dimensions are 37.5mm x 45mm. Another change is the increase of the distance between the screw holes made for thermal solutions (CPU coolers) from 75mm x 75mm, introduced way back with the LGA 1156 in 2009, to 78mm x 78mm. In other words, CPU coolers require a new mounting bracket for the LGA 1700-based motherboards.

Intel uses its 14nm production process for Z690. On the other hand, Alder Lake CPUs use the latest Intel 7 production process. The difference isn’t anything to worry about since even the older process is good enough for a chipset that doesn’t work at high frequencies and isn’t a very powerful piece of silicon. As for the TPD, it’s set at 6W, the same as it was on previous Z-series chipsets. Low TDP means that the chipset uses passive cooling. Unlike, for instance, the X570 chipset from AMD.

The Z690 chipset supports both memory and CPU overclocking. The new Processor Base and Maximum Turbo Power replace PL1 (base power) and PL2 (maximum turbo power), used on older chipsets, such as the Z490 chipset. They top out at 125W and 241W, respectively. Despite the official limits, Alder Lake CPUs can use more energy. For instance, the 12900K can use north of 400W when overclocked. Unlike PL2 (short for power limit 2), which had limited Tau (length of time for max turbo power) – although you could opt for unlimited PL2 on most Z-series motherboards – Alder Lake CPUs run at the Maximum Turbo Power indefinitely by default.

The Z690 chipset is the first to support PCIe 5.0 interface and DDR5 memory. It is also backward compatible with devices that use slower PCIe interfaces and DDR4 memory. With that said, Z690 motherboards support either DDR4 or DDR5 since the two use different physical slots. The Z690 natively supports DDR4 up to 3200 MT/s and DDR5 up to 4800 MT/s. The maximum number of memory channels is two. Most motherboards can run faster memory.

However, the Gear 1 option that runs memory at a 1:1 ratio with the memory controller (found on the CPU), providing lower latencies and the best overall performance, only works with DDR4 up to about 4000 MT/s. In other words, faster DDR4 memory and every single DDR5 memory stick only can run in Gear 2 at a 1:2 ratio with the memory controller. Running memory in Gear 2 translates into higher latencies and performance degradation. The inability to work in Gear 1 is the main reason why we don’t see DDR5 memory having a performance advantage over DDR4 in the overwhelming majority of use cases. This is why we recommend sticking with DDR4 on Alder Lake CPUs.

The chipset itself doesn’t include PCIe 5.0 lanes; Intel decided to put PCIe 5.0 lanes on Alder Lake CPUs. Finally, the DMI interface for communication between the CPU and the chipset increased from PCIe 3.0 x8 on the Z590 chipset to PCIe 4.0 x8.

The Z690 chipset includes twelve PCIe 4.0 lanes and sixteen PCIe 3.0 lanes. There are also sixteen PCIe 5.0 and four PCIe 4.0 lanes on Alder Lake CPUs. The PCIe 5.0 lanes can work at a full x16 or x8/x8 configuration. While Intel reserved the PCIe 5.0 slots for the GPU, Ian Cutress from Anandtech has confirmed that users can hook up the GPU to the secondary PCIe slot – with the chipset PCIe lanes providing the bandwidth for the GPU – while using the primary, x16, slot for storage devices.

Intel has left PCIe 4.0 lanes on the CPU and chipset for motherboard vendors to use as they see fit. Most of them used PCIe 4.0 lanes for M.2 slots. Many Z690 boards feature four, some even five, M.2 slots for high-speed NVMe SSDs. The total number of PCIe 4.0 (Alder Lake CPU + Z690 chipset) lanes is sixteen, enough for four PCIe 4.0 x4 M.2 slots. For that reason, some Z690 boards come with a single PCIe 3.0 M.2 slot, in addition to PCIe 4.0 M.2 slots. As for the SATA III interface, Z690 supports up to eight SATA III ports.

Z690 motherboards can have a ton of USB ports, thanks to the sixteen PCIe 3.0 lanes used for the high-speed IO. The Z690 chipset supports up to ten USB 3.2 gen2 (10Gbps) ports and ten USB 3.2 gen1 (5Gbps) ports. It also supports up to fourteen USB 2.0 ports. And, again, for the first time, the Z690 chipset includes native support for up to four USB 3.2 Gen2x2 Type-C (20 Gbps) ports. The maximum number of physical USB ports tops out at fourteen. Board manufacturers can use any combination of USB 2.0, 3.2 gen1 and gen2, USB 3.2 gen2x2, and Thunderbolt 4 (two USB 3.2 gen2x2 combined in terms of bandwidth) ports on their motherboard models, as long as they top out at fourteen.

When it comes to connectivity, the Z690 chipset allows for 1Gb, 2.5Gb, and 10GB LAN chips. While vendors can use 1Gb LAN chips, every Z690 motherboard comes with at least 2.5Gb LAN. The chipset also includes native support for the latest Wi-Fi 6E standard. Alder Lake CPUs house the CNVi (Intel Integrated Connectivity I/O interface) while motherboard vendors can include a Wi-Fi module, needed to actually use wireless connectivity. The RF modules use the M.2 form factor.

As it stands right now, the Z690 chipset should support the upcoming 13th gen Intel CPUs, codenamed Raptor Lake. At the moment, there’s no official confirmation, but rumors lean towards the Z690 supporting (at least) two generations of Intel CPUs.

While other Alder Lake chipsets are set to arrive in January 2022, we already have the unofficial specs. These leaks aren’t confirmed, but they seem genuine and accurate regarding the hardware specs. Still, these are rumors and not official information so take the following comparisons with a grain of salt.

First of all, let’s talk about overclocking features. As was the case on previous generations of Intel chipsets, only the Z690 supports CPU OC. On the other hand, all chipsets sans the entry-level H610 support memory overclocking. Next all four chipsets come with DDR4 and DDR5 support. However, we assume that we won’t see any DDR5 H610 motherboards. On the other hand, motherboard vendors will likely release high-end B660 and H670 models in DDR4 and DDR5 flavors.

M.2 Slots – M.2 expansion slots can host lots of different devices, but in the context of this list, we’re talking exclusively about the number of M.2 slots used for storage devices. These can host NVMe and SATA SSDs in M.2 format. Most M.2 slots found on Z690 motherboards support PCIe 4.0 transfer speeds.

SATA III Ports – SATA (serial advanced technology attachment) is another interface used by storage devices. This interface supports much slower speeds than M.2 interface and is reserved for SATA-based HDDs and SSDs.

BIOS Flashback button – The BIOS flashback button allows users to update the motherboard BIOS without a CPU. This is a handy feature when a board requires a BIOS update to work with newer CPUs. Instead of installing an older CPU on the motherboard and then updating the BIOS, with the BIOS flashback button you can simply power on the board, hook up a USB flash drive with the BIOS update, and install the update without a CPU installed. You can find this button on most Z690 motherboards, either on the rear I/O or on the PCB itself.