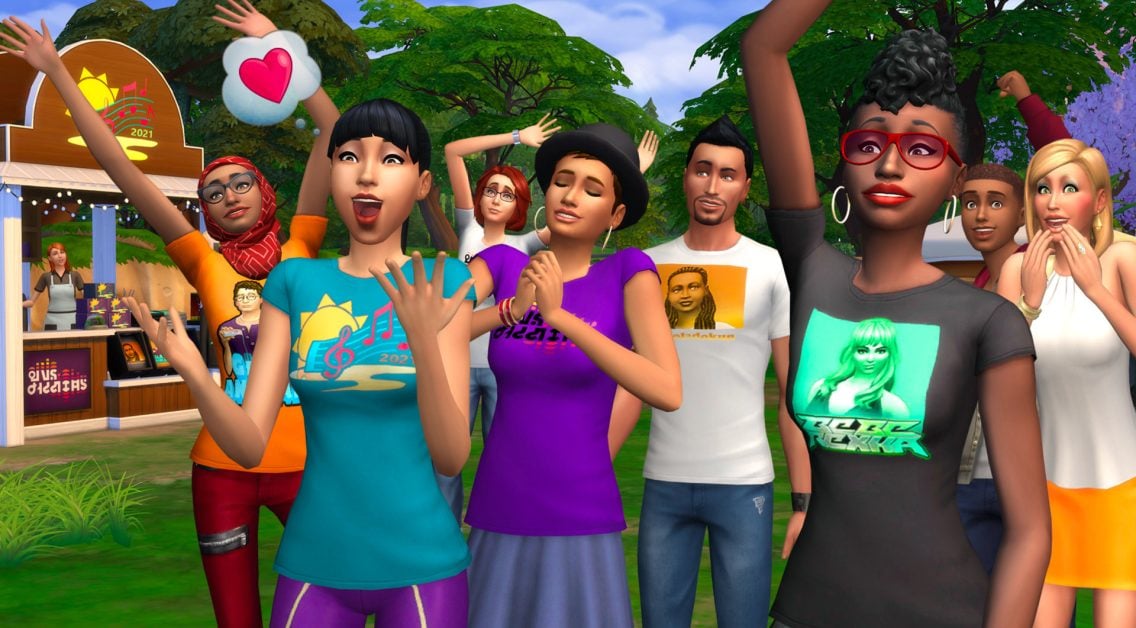 The Sims series statistics and facts 2022

The Sims is the most famous life-simulator series on the planet. The first game in the series, The Sims, was created by Maxis and led by Will Wright on February 4, 2000. Now, the series is published by both Maxis and Electronic Arts.

Before there was The Sims, Maxis released many titles focusing on other simulations, such as SimCity, SimEarth, SimAnt, etc. However, SimEarth and SimAnt were expected to be the next groundbreaking ‘Sim’ games after SimCity, yet in the end, they both weren’t a success nor had many sales. Electronic Arts (EA) acquired Maxis in 1997 to give them another shot, and the next title to release under Maxis and EA was The Sims.

There are now four major releases of The Sims on various platforms. These games have the same focus: creating relationships, designing unique houses, filling them with furniture, handling your ‘sims’ needs and hobbies, and doing everyday things like a person would do (work, clean, etc.). The Sims is one of the most popular and highest-earning video game series of all time. Let’s check out the most astounding The Sims statistics and facts. Also, if video games industry statistics and facts interest you, then click on the link to learn some amazing and new.

1. The Sims is the 9th best-selling PC game of all time.

Overall, the first game was a resounding success for EA. It sold well and became one of the cultural icons of the early 21st century. Further, while its primary platform was PC, the game’s massive success made EA bring the series to consoles. Finally, the game has sold better than Diablo II, The Legend of Zelda: Majora’s Mask, and Counter-Strike (all released the same year) combined. In other words, The Sims was by far the biggest game of the year 2000.

The Sims 2 continued to ride on the wave of success of its predecessor. Sales numbers were high, and the game was even better in terms of gameplay. That said, the triumph over its peers hasn’t been repeated.

The Sims 3 kept its status of critique darling, but sales slowed down a bit. Still, The Sims 3 was one of the most popular video games of the year. It fought against online-focused blockbusters such as Modern Warfare 2 and Left 4 Dead 2 in a world that slowly shifted towards online presence and video game streaming and kept its ground.

EA didn’t share exact sales figures for The Sims 4. But, when looking at earnings, we see that the game is doing just fine. With almost $500 million in yearly profits and with it being one of the biggest titles available on EA Play, we reckon The Sims 4 and its expansions will continue to drive massive revenue for EA in the coming years. The Sims franchise has shown yet again its astonishing ability to adapt to the ever-shifting video game market. This time, it tackled GaaS (games-as-a-service) market and came out victorious.

6. Unlike Pokemon Go, The Sims Mobile was not a smash hit.

The Sims Mobile was released in 2018. At the moment of the writing, the game has been downloaded more than 50 million times on Android alone. It managed to accrue $25 million in revenue during the first six months after its release. These days, the game is far from being a potent money maker.  The projected monthly revenue of the game in September 2021 is just about $700K.

This doesn’t mean EA isn’t raking in cash with its mobile games division. During the last fiscal year, EA mobile division revenue was $781 million. Not much of that money has come from The Sims Mobile. Still, knowing EA’s attempts to get the thickest possible slice of the tasty mobile gaming cake, we reckon the company has another Sims mobile project in their plans.

7. There are a total of 37 expansions throughout The Sims series of games.

Maxis is known to release multiple expansions for each of The Sims games they released. Each expansion brings in new content and substantial gameplay changes. To date, there have been 37 expansions released so far.

8. More than 36 million unique players have played The Sims 4.

Being part of EA Play is perfect for a game like The Sims 4. It allows gamers to play it for a small monthly fee while accessing the game’s numerous expansions without paying extra. On the other side, it also enables EA to continue releasing new expansions. This increases long-term engagement, and thus driving EA Play subscription numbers higher.

9. The Sims is one of the most popular video game series ever with 80 million active players across PC, consoles, and mobile devices.

How people are playing the Sims series

(Fun With The Sims Infographic)

Since 2000 and the first Sims title, players have created enough Sims to account for 20% of the current world population. In all Sims games, players have also created 6.9 million vampire characters.  They also made 1 million mermaid characters and 217,000 alien characters.  Creating toddlers isn’t very popular: only 173,000 have been created to date.

13. If The Sims games were a country, it would have more than 4 times the number of households than the US.

14. There were 37 million weddings in The Sims series for the past 20 years, quite closely to the US.

15. The Sims characters woohooed (had intercourse) 1.3 billion times in the 20 years of the Sims series.

This time, the Sims statistics aren’t even close to real-world ones. An average American has sex about 50 times per year. That’s 18 billion sexual intercourses per year for the whole US.  Even if we exclude persons not in relationships, sexually inactive persons, and other variables, the numbers would be higher for the US population for one year than for the entire Sims population in 20 years.

(The Sims: Playing With Life For 16 Years Infographic)

While 40% of Sims get married, only 2% get divorced. This is in stark contrast to actual-world data. In the US, the average divorce rate is almost 50%.

This doesn’t look too far off The Sims 4 unless we use the median net worth, a better statistical measurement. In that case, the average net worth of a person aged 35-44 in the US is only $91,300.

19. The most prevalent trait in The Sims 4 is Romantic.

(The Sims 4: You’ve Been Busy Infographic)

20.  The most popular career path in The Sims 4 is Tech Guru.

(The Sims 4: You’ve Been Busy Infographic)

21. 75% of The Sims 4 players managed to play the game without cheating.

22. The Sims players care more about love and relationships than money.

Sims don’t chase money; instead, they strive for love and relationships.

23. The two most popular career paths in The Sims 3 are political and criminal.

(Fun With The Sims Infographic)

Things that are uniquely The Sims

The guinea pig was a pet offered as a free download on The Sims site. The virus followed specific rules and would only activate in pigs if their owners didn’t clean their cages. Sims wouldn’t get sick unless they petted their diseased guinea pig and were bitten. The Sims then could infect other NPCs in the game who come near. Finally, Sims could die from the virus unless they were given sufficient rest. A cool and exciting experiment that, as far as we know, wasn’t replicated in modern MMO games.

Simlish, the language used in The Sims games, has meaning. The Sims 4 voice actors each had their own Simlish dictionary. The fictional language has elements of Ukrainian, Navajo, Romanian, Irish, and Tagalog.

25. Same-sex relationships were present since the first game.

The Sims franchise was LGBTQ-friendly from the start. Same-sex relationships were present in the first game, long before video games tackled the issue. Same-sex marriage was introduced in The Sims 3, years before the US legalized it on a federal level. Non-binary gender options were introduced in 2016.

26. The Sims 3 was featured on a limited-edition postage-stamp series in France.

In 2005, the French post (La Poste) issued a video-game-focused postage stamp collection called Heroes of Videogames. One of the ten games featured in this collection was The Sims or Les Sims in French.

27. The Sims almost was never made.

Will Wright, who founded Maxis, had to fight its management structure to get them interested in The Sims. The first game was a true novelty in video games, so the founder of Maxis had to go against the stream of the company to have his idea come to fruition. Like most other innovative games, The Sims almost didn’t happen.

28. The Sims has been banned in China, twice.

The first time was way back in 2005, during the reign of The Sims 2. The game was banned alongside 50 other titles because the Chinese government wanted to create “a good environment” for children. The second ban took place in 2018 when The Sims 4 was banned because it allows same-sex relationships. The first Sims also had issues with Chinese authorities when creators had to remove the Criminal career and replace it with a Mime career. The latter has become one of the staple career choices in future Sims games.