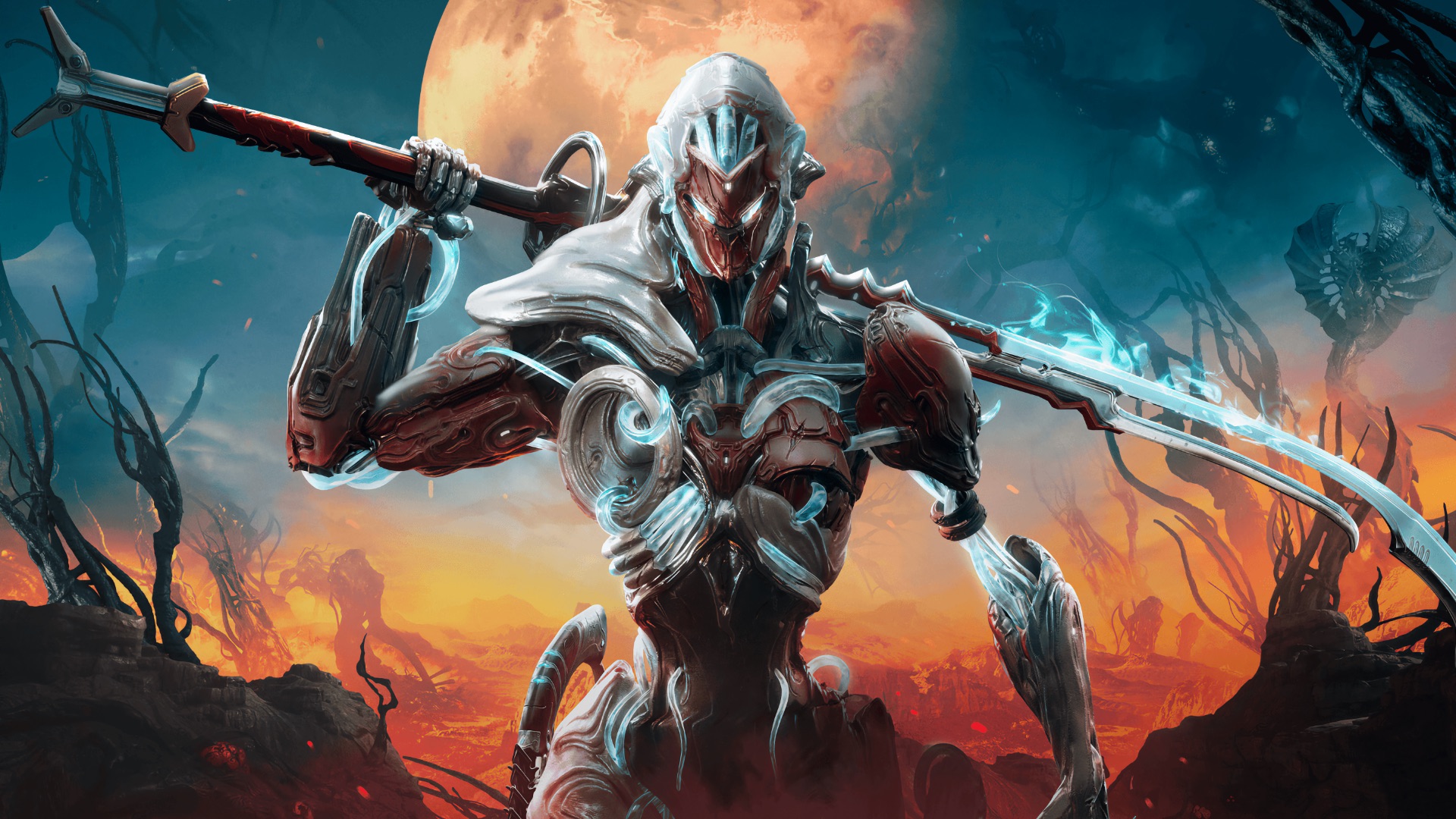 Tired of games breaking the bank? Check out some of these hit titles!

Some of the newest games can be quite expensive when you don’t have enough money to spare, either due to personal restrictions or a busier life. Luckily, there are hundreds of games that are available for free to everyone, so you can snag them and get hours of enjoyment without spending a single cent.

But what are the best free PC games? There is a huge amount of them on the Internet so it can be hard to pinpoint one that works for you. We’ve made this list to help you find that one game you can enjoy either alone or with friends. They span multiple genres so there has to be something for everyone.

Gaming is something that many people enjoy today, no matter their age or gender. Because of this, games are progressively getting better and better with each passing year and new updates and changes are getting implemented to accommodate a wider range of players. If you’re a fan of innovative games that make you think strategically, take a look at our best war games article to find a new battlefield!

World of Tanks is a game extremely rich in content, with over 100 different tanks you can choose from. They are segmented into classes depending on their weight and beefiness, so you can make yourself an asset to your team in many different ways. The gameplay is very satisfying, which is the reason why the game is so popular and a global hit. When it comes to fighting other players it is important to keep a level head and make sure that each move you make counts. Tactical games like World of Tanks fall into the best free PC games category because of their incredibly satisfying and addictive gameplay. If you find yourself lacking in the tank department, head on over to our World of Tanks codes article!

The counterpart to World of Tanks, World of Warships takes all of its combat to the open seas. The gameplay here is a lot more slow-paced than in other games, as you need to really plan ahead for each shot to make sure it hits the target properly. Since the gameplay is a lot slower, it is not as intense as other best free PC games, but that is still great for players who prefer a tactical approach to an all-in playstyle. There are a few different gamemodes you can try out to see what works for you as you have versus battles and more strategic games like Dominion. To make sure that you have enough ships to be ready for any situation, some World of Warships codes might be in order.

This brilliantly-envisioned game is a recreation of the major battles of World War II, and there is a lot of action to unpack. Enlisted offers intense and exciting gameplay where you have a squad, and each squad member controls a certain number of soldiers (4-9). The groups are divided into a few of the divisions that were actually in WWII. When it comes to the gameplay in Enlisted, you can expect some of the classic gamemodes from other popular games to make a reappearance, like Conquest, Invasion, Assault, and Destruction. The best free PC games of this nature are the best because of their classic approach to gameplay. Each of these modes has a high capacity of content and opportunities to it, so you have a lot in front of you if you decide to play this great game.

Lineage 2 is one of the best free PC games you can play at the moment and it contains some of the most prominent RPG features you can see in many different games. You start by creating a character that you can customize as much as you want in regards to specifications such as race, gender, appearance, religious orientation, etc. Once you finish that, you start the actual gameplay in the temple of your god, after which you can expect to embark on a journey where you kill various beasts across the land to gain money and experience to improve your stats. There are many quests you can do throughout the rich and vibrant storyline, so there is a lot of content to digest! Lineage 2 is a fantastic game from a great company that you should check out!

Do you like ninjas? Do you like guns? Do you like space? Do you like gun-wielding ninjas in space? Of course! Warframe is a high-action game where you assume the role of a Tenno, a member of an ancient race of warriors who utilize guns and blades to dispatch enemies like assassins. The gameplay comes in the form of missions across the many planets in the solar system. Some missions will have you escort packages, hold out against enemies for a certain amount of time, target certain points of the ship to destroy its corrupted parts, and basically, anything else that comes to mind. All of these missions are available while you also complete the rich and creative storyline. When it comes to the amount of content you get, Warframe is definitely one of the best free PC games out there. If you want to learn more about this game, check out Warframe statistics, and if you want some free stuff to ease the constant farming, then Warframe promo codes are for you!

A very high-quality game with a light anime theme, Genshin Impact offers some top-tier gameplay, a rich storyline, interesting characters, and intuitive mechanics all while being free-to-play. All of these factors make Genshin Impact one of the best free PC games. You start in the land of Teyvat which is split into seven nations, each ruled by one Archon, or one “god” of that realm. Players run a party of four characters, each with different abilities so you can combo them and switch them in/out of combat instantly, allowing you to be creative with your combat. Some characters for your party can be hard to acquire, so you can always use some Genshin Impact codes to improve your arsenal!

Forge of Empires is one of the best free PC games that achieved massive popularity in the past and remained one of the top choices for many years to come. In this game, which is similar to Civilization, you need to build up your village, working off the land and its resources to steadily upgrade your structures and progress through the main ages of history. You start in the Stone Age and as you progress, you need to eventually colonize Venus. Yes, it’s that deep. Forge of Empires is a phenomenal game where management is paramount and if done properly, it can lead to hours of fun and unforgettable experiences.

One of the two biggest MOBA games available at the moment alongside League of Legends, as well as one of the best free PC games in general, Dota 2 is a multiplayer online battle arena, meaning that combat takes place in a top-down perspective on a single map with objectives. Players choose from a massive roster of heroes who have their own signature abilities. Once you have selected your hero, you go into a lane on the map to kill creeps and trade blows with other heroes. Creeps give you gold and experience which you use to level up and buy items. As you get stronger, you can engage in team fights with the opposing team, giving you an opportunity to take down their towers and eventually, their core building — the Ancient. This game has a massive esports presence with the International offering players millions of dollars if they win. It is a great game with a steep learning curve but it pays off as it is a brilliant experience to enjoy with friends. Check out Dota 2 statistics to learn more.

Path of Exile is an action role-playing game where you take control of a single character as you cross the large map defeating monsters and completing quests. You have seven classes to choose from: Duelist, Ranger, Witch, Marauder, Scion, Templar, and Shadow. Fans of the Diablo series will note that this game is very similar to Diablo when it comes to combat and general gameplay. Its massive popularity has cemented its place as one of the best free PC games. Other than that, it is a great game with much to offer, so you can expect a lot of awesome content!

CS:GO and League of Legends are extremely popular free-to-play games with many unique features that make them into unique experiences you can enjoy with your friends to your heart’s content. If you like both games and don’t know which one to choose, then Valorant is for you. It follows the same pattern of gameplay as CS:GO but adds a little League of Legends flair with abilities specific to the different characters you select. Some characters are more defensive, while others can be all-out aggressive. It is one of the best free PC games that aren’t too serious, so you can get some friends together and have some nice battles against other people.

Here is where our list comes to an end. These best free PC games are top-of-the-line experiences that should be replayed time and time again with the added benefit of not breaking the bank. We sincerely hope that you can find something that clicks with you and that you can make your own. If this is still not enough and you want to delve into other systems, then you might want to take a look at the best iOS games and the best naval games!