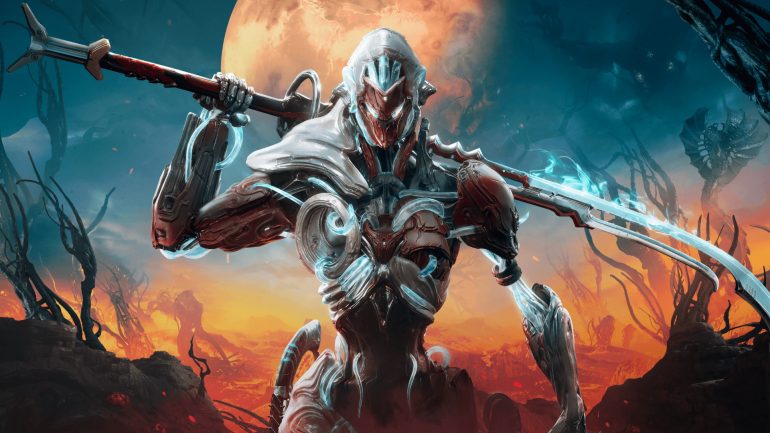 Warframe is a free-to-play sci-fi third person shooter video game released on the PC, PS5, Xbox Series X/S, Xbox One, and PS4. The game takes place in an evolving online world with a one of the most rich lore I have ever seen in a video game. You play as a Tenno that controls one out of 84 different Warframes each respectively representing different combat styles and abilities.

Most of the time, you can quickly get glyphs from promotions. There used to be several item codes that players could obtain for free, but nowadays, most item promotions are done in collaboration with Twitch. Be sure to check out the Warframe release order and interesting Warframe statistics behind the game.

Below are the working free item codes to redeem for Warframe. If you know of any more, post in the comments and let us know!

Sorry, you missed out on these. Players can no longer use the following codes.

Are there Warframe platinum codes?

There are no promo codes to redeem Platinum in Warframe for free or buy Platinum at a discount.

The only way you can get free Platinum is if you refer a friend. The first time they buy some Platinum, you will get 10% of that amount. The only way to get a discount (of up to 75% off) is through a Daily Tribute if you’re lucky.

That said, beware of scammers! Websites or users that promise you free Platinum codes are scams. They don’t exist—only log in to the official Warframe website and never give your login information to anyone.

How can I redeem Warframe promo codes?

Oh yeah… alternatively, you can click the redeem links down below. They autofill the code in, so all you have to do is submit.

A quick heads up for console players! A new promo code might not work right away when you redeem it for your console. This is typical because the PC version receives updates quicker than the console version, so try redeeming the promo code again after receiving a console update patch.

Twitch has again set up a lot of good promotions for Warframe. Previously Twitch had a huge 9-month long Warframe promotion where you’ll get in-game loot like cosmetics and boosters. Now they are at it again with new bundles available every month at least until April 2022. You’ll need Amazon Prime to take advantage of this. Note you also get free games every month as well.

Below you can see the prior promotions:

Intel held a special promotion until November 14, 2020, where you can redeem a free 7-day Affinity Booster and MK1-Furax weapon. Just enter your name, email, and country, and you’ll get a key to redeem them.

SteelSeries previously had a PC-only promotion for Warframe that lasted until June 7, 2019. It would get you 200,000 Credits, a 3-Day Affinity Booster, a 3-Day Resource Booster, and Lucra Syandana.

In 2020, Warframe and Steel Series teamed up again to get a free Matisse Color Palette, Thorac Syandana, and 3 Day Affinity Booster. All you had to do was sign up for a Steel Series account, pick between PC, PS4, Xbox, or Switch, and then click “get key” to redeem.