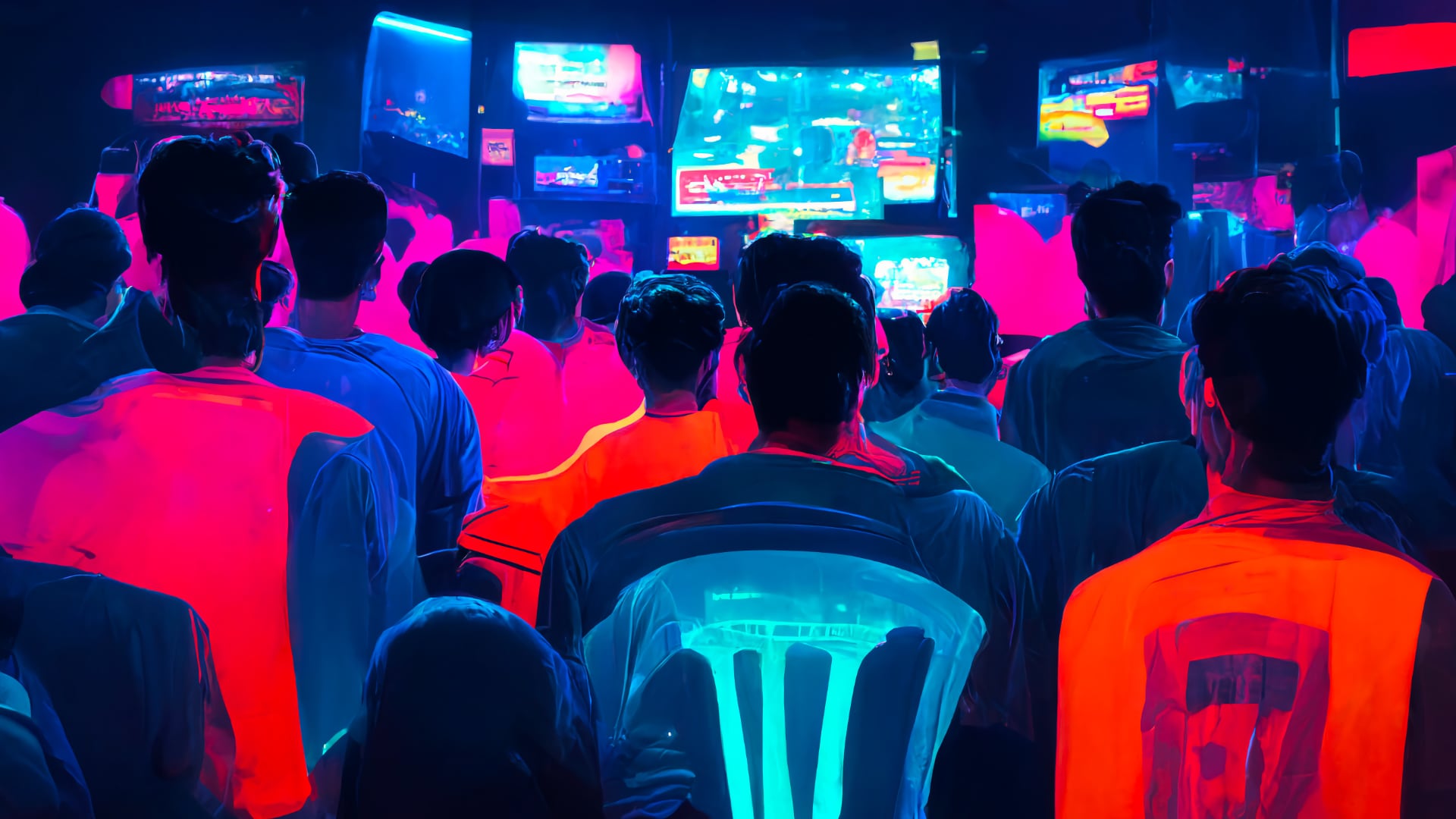 The gaming industry has mass appeal, but just how big is it?

It all started in 1971 when the first commercially available video game was released: Computer Space. With only 1,300-1,500 units sold, it was not the expected success its creator envisioned. However, the following year, Atari and its Pong made a breakthrough and started what was to become one of the most lucrative industries in the world. Nintendo took over in the 80s by storming into people’s living rooms with its NES, showing that games can be good-looking, narratively rich, and diverse in their gameplay.

And here we are today, with nine generations of consoles behind us, continually changing and evolving. The gamer stereotype went from a nerdy guy in a basement with thick glasses and no friends to a normal-looking person streaming on Twitch and making a living out of it while gaining notoriety. The video game industry is thriving and prospering beyond measures and everyone wants a slice of the cake with companies like Amazon or Apple trying to throw themselves in the fray. Video games are pervasive and reach all types of social backgrounds and age groups.

Let’s look at where we are today in the new “it” industry with the latest video game industry statistics and facts.

Throughout the years, video games slowly got rid of the “boys only” label. Not only did developers understand that even women could be into GTA, but they also started developing games that would be aimed at that specific group (for better or for worse). The industry also took an interest in other groups and successfully created games targeting everyone, while also making it a point to make sure that they could play everywhere.

The total number of gamers in the world is over 3.2 billion or more than 40% of the global population.

The number of gamers has been significantly rising throughout the last few years. Steadily at first, until the big push in 2020, brought forth by the pandemic. With people forced to stay at home, entertainment was found in streaming services, but most of all video games. And after the lockdowns, the habit stayed for a lot of people who started to also pay attention to what the industry had to offer. In Europe and North America, it is up to 50% of the population can be labeled as gamers. The increase was motivated by the diversity in genres, small studios being given more platforms to display their work (Steam), and the way all devices are exploited by the industry.

It is not much of a surprise to see that the average age is in the 30s. Indeed, millennials are the generation that got to grew up with video games from their inception until today. Yesterday’s gamers are still around and kicking and stayed faithful to gaming. Of course, the younger generation, that literally was born into technology, is also really active when it comes to video games. It is interesting to note that, even if they are not that high, numbers for the older age groups are nevertheless pretty good. It just goes to show how omnipresent video games are.

The average time spent playing games is 8 hours and 27 minutes a week.

The recommended time that should be allotted to playing video games is 2 hours per day. However, for a lot of people, it is not something that can be easily done considering all the content games have to offer. Seven hours minimum for a session is a good compromise to actually be able to play properly. Regarding China: the new restrictions taken by the government have been in effect since September 2021. Those limit the time spent playing for minors to 3 hours a week and on specific. While it is actually impacting the industry in China, it is not that drastic as adults are not affected by it. The biggest problem would be the overloaded servers for online multiplayer games on days open to minors. China stays a huge market for the industry, even with the new law.

Video games are now the fastest growing industry in the world, and it does not look like it will ever stop any time soon. With so many genres, platforms, and extra services available to all human groups in society, it is no wonder why and how the business got so profitable and continues to generate astounding numbers.

In 2021, experts were worried that the market would not be able to match the astounding revenues made in 2020, thanks to COVID-19. However, only nine months in and it was obvious that 2021 was going to be as good, if not better. People kept indulging in video games. The market keeps growing, with gaming content being more than just video games or hardware: season passes, DLC, or even expansions are products that can and will generate revenues. To that, it is important to also add the exponential growth of mobile gaming, that took over the world and the most difficult groups to reach.

Free-to-play games are all the rage, but companies still need to make money. Enter ‘microtransactions’ and DLC. Those in-game purchases represent the bread and butter of a lot of games and, lately, even for the industry in general. The practice is not well-liked, but that does not stop players from buying them. The average is, of course, just that: gamers do spend way more and get up to ∼$100, with some willing to spend thousands in cosmetics or bonuses to get a boost.

The rise of mobile gaming

The video game industry saw the potential in our smartphones and tablet and simply used it. Simple as that. Those devices keep getting better and better, and with that comes the opportunity to port even more interesting games. Plus, everyone has a phone, meaning that with the right games for the right market, video games would be able to reach far and wide. And it sure did.

No one saw it coming, but mobile gaming became the new “hot” platform to play. Being able to capitalize on smartphones and tablets represents a huge boost in revenues for the industry and for companies/developers. It is the preferred device of most people, encompassing all ages and social statuses, and it goes everywhere with them. Not only can you find several games adapted to everyone, but now, those and the need to play will always be in one’s pocket. The domination of mobile gaming is really proof that video games are pervasive. And 2020, with all the consequences we know, opened a new era for casual to over-casual gamers.

The total number of smartphone users in 2021 was over 4 billion.

As said before, most people have a smartphone nowadays. It is a really important tool of the mobile gaming revolution: for example, Garena Free Fire generates really big numbers thanks to his approach regarding third world/developing countries. If the players cannot afford a console or a high-end PC, there is a good chance that they will still have a smartphone. Those now come with different specs and prices made for all wallets. Candy Crush is easy to handle and understand and will keep people aged 45+ busy for hours every day. Even big franchises like League of Legends or Apex Legends felt the need to be also available on mobile.

Until not that long ago, watching videos of someone playing games was the source of mockery. Nowadays, it has been recognized as a sport and the discipline has its own circuits, full of champions and competitions. Better yet, it generates an insane amount of money and the latest eSport statistics attest to that. The eSports scene managed to seize quite the space for itself, helping to change global views on gaming and even democratizing mobile gaming some more.

In 2021, the eSports scene generated $1 billion in total revenue.

Seen as a joke at the beginning, eSports quickly showed the world that it had more than one trick in its sleeve as a competitive discipline. Its impact is now so big that huge TV sports channels actually broadcast competitions. Those are held in sizeable venues, with an audience in the tens to hundreds of thousands, a bunch of professional commentators, and with quite the staging. Because the events are often broadcasted on several streaming platforms all over the world and in different languages, famous brands are eager to enjoy some exposure in order to reach a difficult group to please. In countries like China, eSports is seen as a proper traditional sport and featured along track, volleyball, or shot put. The top 5 at the beginning of this year is no different from last year, but it is bound to change considering the situation between Ukraine and Russia and all the international sanctions the latter is getting.

In 2021, eSports reached an audience of 465 million viewers.

eSports is steadily retaining its audience over the years, with more and more people starting to see the appeal. During 2020, a lot of events had to be canceled, but due to the nature of eSports, those were actually held online and restructured to give the chance to all countries to have something to enjoy. With its reputation as the go-to platform for gaming streams, Twitch was the obvious choice to broadcast the events with all the fans. Even if it is not always the case; Garena Free Fire, again, is fonder of YouTube to stream their competitions. Even the professional players in that specific circuit can be mostly found on YouTube rather than on Twitch.

It is now impossible to escape from video games. It all started ages ago when Facebook decided to incorporate browser games, such as Farmville, on their platform. A certain group discovered casual gaming and sought it on their mobile phones and outside of Facebook (thanks to browser games). Indie developers are now more present and bring more flavors to the gaming landscape. Since 2020, they have been praised for trying to be original with a limited budget, whereas AAA titles are mostly trying to ride on their fame while stagnating.

It is clear that it will be impossible to escape from video games or their influence, considering how titans like Amazon or Google have made it a point to get comfortable in this industry. After all, Amazon is all over Twitch, allowing people to subscribe to a streamer by using their Amazon Prime account. But also, by proposing several advantages and rewards regularly. The most worrisome point for the community right now is how greedy various companies (mostly the CEOs) have become, treating players like their personal wallets. NFTs and crypto and the play-to-win system are concepts developers and gamers are fighting against right now.