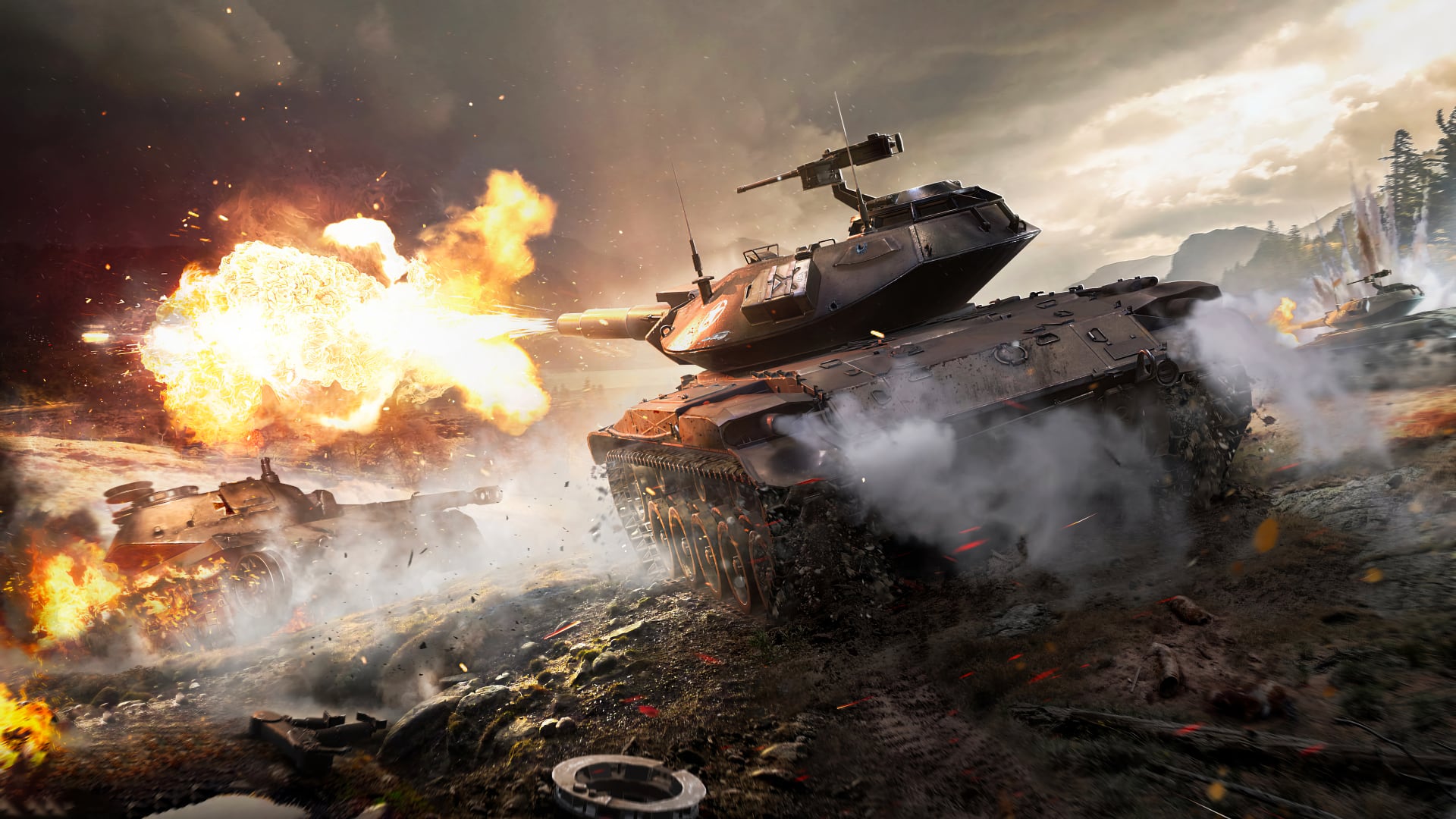 Climb into your armored hull and launch into battle!

Tank games are a very nice sub-genre of war games that are centralized around a single element of a full army — tanks. Controlling a tank is extremely satisfying because you’re in charge of a giant-killing machine with enough firepower to destroy a town. There are quite a few tank games available today, so your choices aren’t limited in any respect.

We have compiled a list of the best tank games available to you to jump into immediately and claim victory. These games range from the newest titles with constant updates rolling in all the time, to older releases that perfected the tank game sub-genre and laid the groundwork for future games to hone their craft.

If the games we offer here are too limited compared to what you want to play, you can always check out best war games to get a grander scope of the realism of war. Of course, not all games are war games as you can always switch to multiple platforms to enjoy many different games. To this end, you can take a look at best cross-platform games and take your pick!

This game is the epitome of tank warfare. What makes it one of the best tank games is its dozens of different tanks to choose from, where you can enter the battle and take down other tanks and take objectives as much as you want. World of Tanks is a titan of the free-to-play industry where any player can jump into the fray and engage in combat. One of the most important factors of World of Tanks is its versatility since you can control so many vehicles so you can enter battle a different way each time! If you ever find yourself in a jam and in need of tanks or bonus XP, use some World of Tanks codes, they’re free.

Where World of Tanks is a game with a heavy emphasis on tanks, War Thunder kicks it up a notch with many more vehicles you can control, making it one of the best tank games on the market. The vehicles you can control aren’t limited to just tanks, mind you, as you also have access to planes and ships. Because of this, you have a ton of different ways of entering combat and climbing the leaderboards to war tacticians. War Thunder is free-to-play, which is shocking considering all of the features included in this fantastic game.

Steel Armor: Blaze of War is a game set in Iraq and Iran, depending on the mission you’re doing at the time. This game is interesting because there are only two tanks to choose from, but the detail that the developers have put into them is fantastic, as you feel like you’re actually on the battlefield tackling other tanks with how many different factors play into controlling your vehicle of choice. Immersion is a key factor that makes the best tank games what they are, and this game does that wonderfully.

Heroes and Generals provides you with an intense, fulfilling experience that switches between multiple modes of combat and focuses on realism and the wild side of war. Set in WWII, this game is explosive most of the time since there aren’t any nuances to controlling your tank like there are in other games. You simply sit in your tank and focus on destroying as many things as possible. This is ideal for those players who do not like the technical side of the best tank games and who just want to blow everything up!

In Panzer Corps, you fill the role of a war general who manages his tanks in an intense, turn-based strategy game that can be approached from a thousand different angles. There is a great number of missions you can complete in the campaign, where you are armed with over 800 different military units to send into battle any way you see fit. The complexity doesn’t stop there, however, as there are many more factors that define each individual unit, all of which can have a heavy bearing on gameplay in general. You have to take things slowly and learn how everything works but once you do, you’ll have an unforgettable experience in what can be considered one of the best tank games!

Valkyria Chronicles 4 is a turn-based game where the main focus is realism. It is not like the other best tank games where you can just charge into battle, blow everything up, and emerge as the winner. In this game, one missed step and your hull will get penetrated by the opposing force as if you were made of paper. This is why your actions need to be carefully planned ahead of time to minimize damage to your units. Valkyria Chronicles is a fun game that offers a rewarding experience, but also devastating consequences, so it’s a delicate balance.

While some of the best tank games might have other factors to include in the gameplay, Sprocket focuses only on the tanks and the tanks alone. Here, you are charged with building your own tank from scratch, designing everything from the hull, exhaust, and engine, to the firing mechanisms. It has an incredible amount of realism and dedication poured into it by the developers so it’s worth appreciating it. Once you create the tank of your dreams you can send it into different combat scenarios to test it out. Think of Kerbal Space Program but instead of building spaceships you’re building a weapon of mass destruction.

Red Orchestra 2 is a game where tanks are very well designed to fit into the surrounding combat along with the troops and vehicles. Set on the Eastern Front, you can be in charge of controlling a giant tank or you can even be on foot, the choice is up to you. If you’re going to be going with the tank option, however, you’re gonna have to think strategically because being in a tank does not make you invincible, as the enemy has their own tanks that can obliterate you as soon as you make a mistake. This adds some very nice realism where games would take a fantastical approach, to keep you humble. As we said before, the best tank games always have a degree of realism to them.

Armored Warfare can be considered a beefed-up version of World of Tanks, as well as one of the best tank games, except where we are situated in the modern era of tank warfare. This game features many different approaches to using your tank, even including new gear that can be equipped in order to give you an advantage in combat. One of the things that World of Tanks doesn’t have is the option of battling enemies that aren’t controlled by players. You can form a group with other people or your friends to take down waves of enemies on an enclosed battlefield. This addition is great for players who like to chill and just blow stuff up without thinking about it too much.

Any gamer with an interest in war games will have heard of Arma 3. It is a tactical military sandbox game situated on a gigantic map where anything can happen. You traverse the map looking for enemies to kill and objectives to complete. There is an incredible amount of realism added to this game so you can feel like you’re actually on the battlefield fighting for your life. This feature ensures that it fits into the description of the best tank games. One of the most important features of ARMA 3 is mod support. This means that there are countless new scenarios such as new missions, objectives, characters, and battles that can be added with a little bit of work, so you can have a multitude of new experiences waiting for you.

Now you’re fully equipped to strap yourself into your tank and go into battle in any of the best tank games. Some of them are a bit older but they are there so you can see that a good game can last for years after its release and continue to be a great source of entertainment. If you’ve found that these games aren’t for you, after all, take a look at best gacha games to experience something new!